They’re making a welding booth area by putting up new curtains and a frame.

“There are quite a few students who are very strong in ag mechanics,” FFA advisor Brooke Shirley said.

They’re also improving the greenhouse by adding benches to put plants on and setting up an irrigation system in there so the plants can be watered during off hours.

“It’ll take a little bit of work, but I think it’ll pay off when we get done,” she said.

The welding booth should be finished by the end of the semester in December. For the greenhouse, it’ll be a second semester project. They hope it will be completed in time for the spring plant sale the second week of May. The plant sale is Hitchcock County FFA’s main fundraiser.

Hitchcock County students come from Colbertson, Nebraska and Trenton, as well as McCook. There were a few students last year who live on small family farms, and it’ll be a mix of rural and urban students this year, Shirley said. She’s in her second year teaching at Hitchcock.

Shirley grew up on a farm near Beloit, Kansas, then met her husband who’s from Atwood, Kansas. She’s in her second year of teaching, and has gotten the students started on their supervised agricultural experiences.

Hitchcock FFA, which includes seventh and eighth graders as well as the high school, had 50 members last year.  Membership is expected to be slightly lower this year. Last year’s senior class was quite large, Shirley said.

Also large is the enthusiasm of the FFA students, with great interest in becoming leaders and officers.

A big priority for Shirley is bringing in guest speakers from outside the classroom to give her students another perspective and to learn from professionals in their field. It’s good for them to hear about agricultural scenarios from someone who’s doing it in real life, she said.

“There are lots of mechanics in the area who have started their own business and maybe do custom welding, also veterinarians who explain what they do at their animal clinics, and I even brought in lungs from a cow so they could see what it looks like,” Shirley said.

The students like hands-on practical experience, she said. She has also taken her students on tours, including to the nearby ethanol plant and Red Willow Chemical.

Reporter Amy Hadachek is a two-time Emmy Award winning meteorologist and a storm chaser who earned her NWA and AMS Broadcast Meteorology seals of approval. Amy and her husband live on a diversified farm in Kansas. Reach her at amy.hadachek@midwestmessenger.com.

It’s a joy for FFA high school students in Arapahoe, Nebraska to help grow the next generation of FFA members.  At Arapahoe-Holbrook High Scho…

This summer, the Chadron, Nebraska FFA chapter was inducted into the Dawes County Agricultural Hall of Fame.

Proud moments for a new FFA chapter in Buffalo County

Building an FFA chapter from the ground up is no easy feat – and for students in Pleasanton, Nebraska in Buffalo County, it’s been a gift.

Deep in the heart of Seward County, Nebraska, community, family and culture come together for Centennial High School students, and it doesn’t … 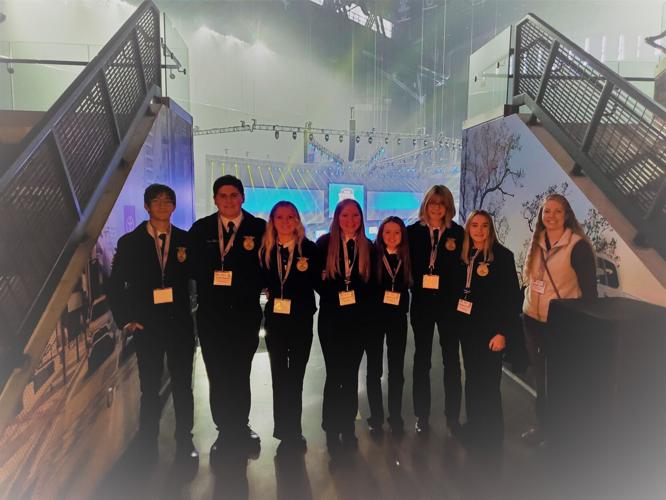 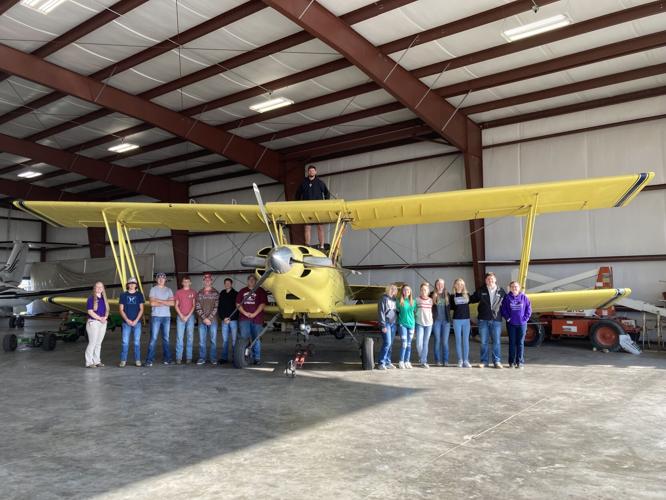 Students take time to pose with a plane during Hitchcock FFA’s tour of Red Willow Chemical in McCook, Neb. 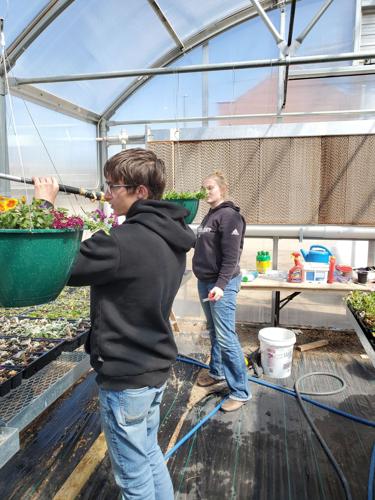 Students prune plants while preparing plants for the plant sale; their main fundraiser for the Hitchcock County FFA Chapter.