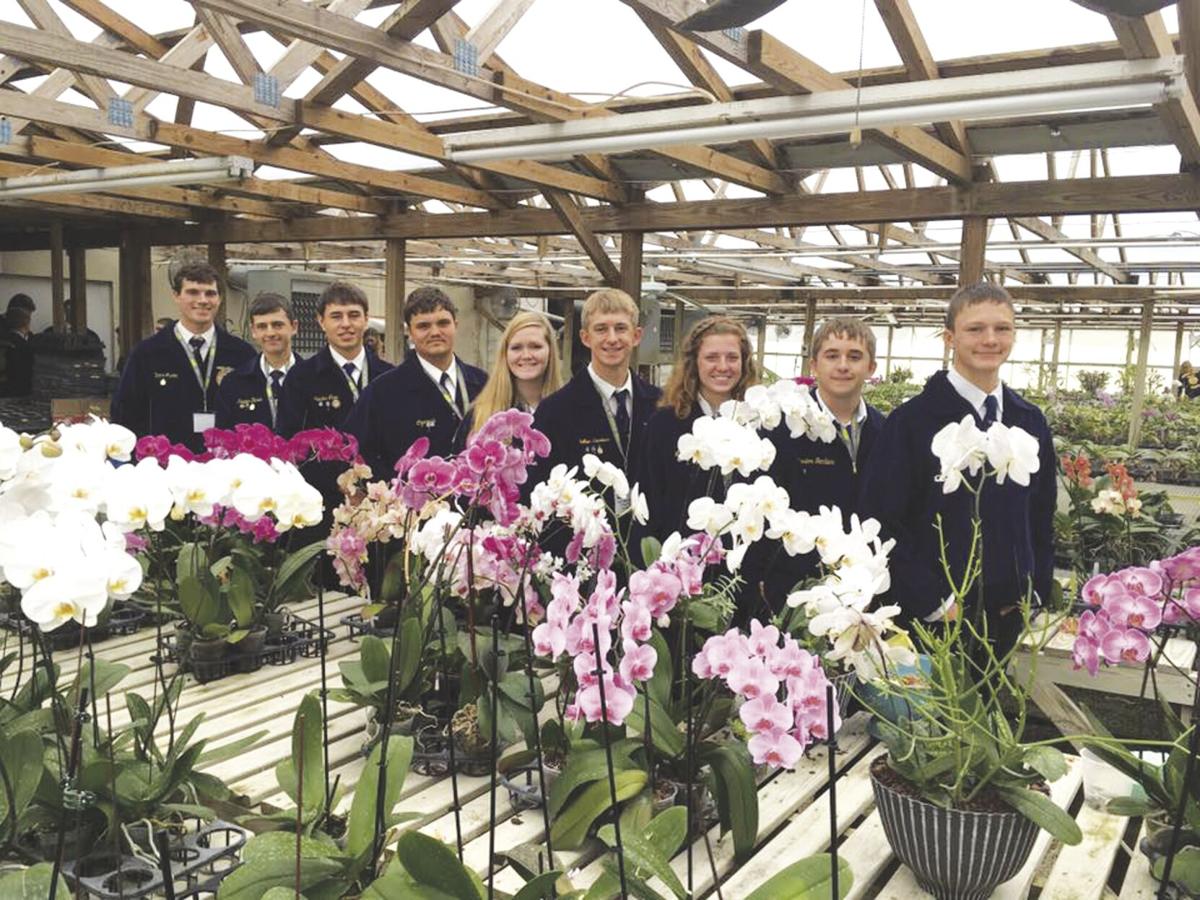 Members of the Twin River FFA Chapter stand in their new, expanded greenhouse. The new greenhouse will offer more educational opportunities as well as fundraising. 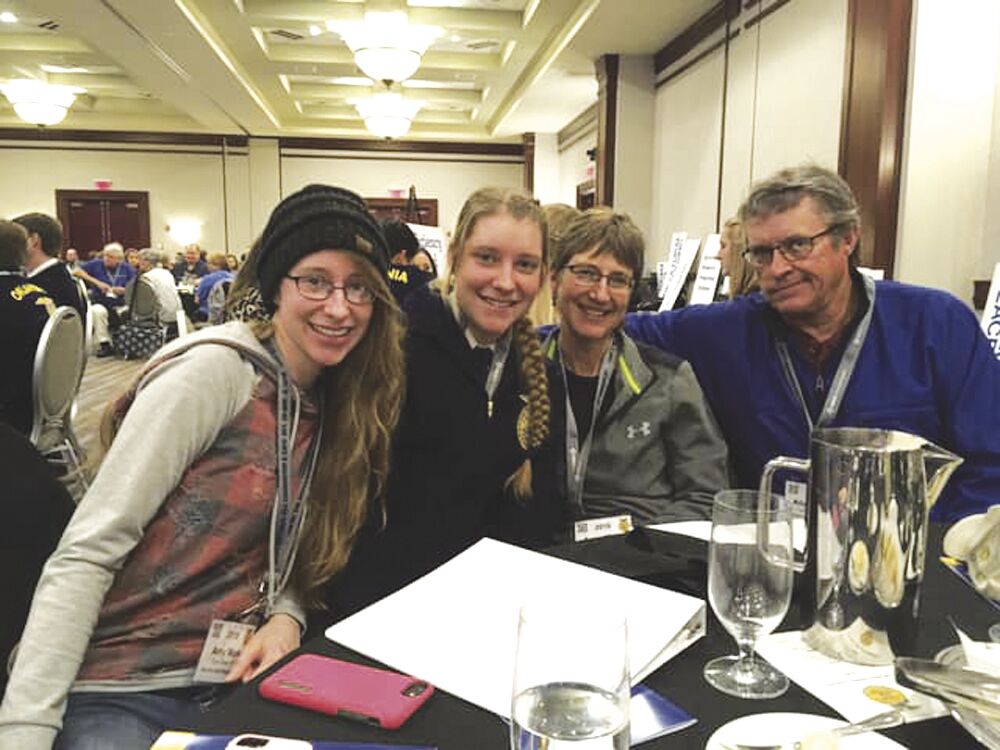 Kate Mohr, second from left, is currently working towards her STAR Award. Here she enjoys a luncheon with her family and FFA Advisor Kelsey Wetovick.

The Twin River FFA Chapter of Genoa, Nebraska, is an older, well-established chapter with a plethora of laurels to rest upon. But, advisor Kelsey Wetovick and her 25 high school students are not content to do so.

They have one member, Kate Mohr, working toward her STAR Award and two or three working for an American degree. Last year they had two American Degree recipients. This year there were four American Degrees earned by members of the chapter.

Lana Hebda, Andrew Nelson and Kelsey Swantek all earned their American Degrees this year. So did Dalton Gambica. He went on to become a national finalist in the agriculture mechanics/repair and maintenance event. That puts him in the top four in the nation, Wetovick said.

The chapter was founded in 1932, during the time of the Great Depression and the Dust Bowl. It weathered those events as well as World War II and the 1980s farm crisis. Compared to those situations the COVID pandemic is a minor inconvenience. But, it has been challenging.

“It has been a strange year all around,” said Wetovick, now in her fifth year with the program. “Luckily we were able to compete in the land judging competition, but we have had to reschedule our LDEs.”

While the leadership event is still up in the air, the students are currently working on proficiency apps, she said. They are also planning to participate in CDEs and livestock judging in March.

A series of postcards sent in 1911 from Coon Rapids, Iowa, to Scranton, Iowa. They are made from actual photos. The cards are addressed to Wil…

Broken Bow has fruit to go

Recently, The Broken Bow FFA Chapter was busy with their biggest fundraiser of the year. The members sell fruit through a local grocery store …

Gun show season has gotten underway for 2021. Over the next three weeks there are seven shows scheduled for the region.

The members of the Cozad FFA Chapter have been busy. During their first semester, the Haymaker crew increased their membership, competed in ev…

The best of eastern and western blackberry genetics have been melded to create Eclipse, Galaxy and Twilight, three new blackberry varieties re…

The National FFA Organization, established in 1928, is a program dedicated to the education of the future generations in agriculture.

Members of the Twin River FFA Chapter stand in their new, expanded greenhouse. The new greenhouse will offer more educational opportunities as well as fundraising.

Kate Mohr, second from left, is currently working towards her STAR Award. Here she enjoys a luncheon with her family and FFA Advisor Kelsey Wetovick.