The first day of class with his freshman students at Chadron State College, Dr. Ron Bolze writes the “Dr.” prefix on the board, draws a circle around it, and then a line through it.

“Just call me Ron,” Bolze said. “We don’t need to trouble ourselves with titles.”

What Bolze does want students to focus on in the range livestock production classes he teaches is the vast potential of his students and how to look at agriculture differently – in a regenerative, open-minded way.

In his nine different courses at Chadron State, Bolze said in almost half of them he spends the first month, about eight lectures, on regenerative agriculture.

Bolze developed his interest in the regenerative approach after a host of frontline agricultural experiences. His journey began on a south-central Pennsylvania dairy.

“When I was a student at Penn State, a cheap way to get through school was living and working at the Penn State Beef Barn,” he said. “That is where I developed a passion for black Angus cattle.”

After college, Bolze went home and farmed with his father in a beef cattle finishing operation. Then the 20% interest rates in the late 1970s forced his parents to make the decision to get out of that sector of agriculture. That is when Bolze went back to grad school at Kansas State University where he would eventually be involved with beef cattle extension work at the KSU research and extension center in Colby for 12 years.

From there, Bolze left the academic community and went into industry where he worked for the Certified Angus Beef program and provided leadership to a couple national beef cattle breed registries. He also did some commercial marketing for the nation’s largest red Angus seedstock outfit. Then Chadron State asked him to serve as an instructor.

Attending the No-Till on the Plains Conference in Salina, Kansas for the first time in 2012 changed his perspective.

“Gabe Brown was one of the speakers and that was my ‘ah-ha’ moment. The lightbulb came on,” he said. “Finally, I had been exposed to a production model that made sense and that the next generation could participate in with minimal investment in infrastructure and regenerate soils simultaneously.

“Henceforth, shoot, I was like a sponge when it came to regenerative agriculture.”

“When it comes to the principle of ‘context,’ a farmer or rancher must make regenerative practices fit in their specific climate constraints,” Bolze said. “The soil health principle that will increase soil organic matter the most is grazing.”

Grazing management is something Bolze knows well because he has lived it. He and his wife Becky have raised an Angus cowherd for 44 years. Now their daughter Sadie has taken it over with holistic planned grazing management principles of high stock density, short duration (grazing for around three days) and long recovery periods (resting grazing paddocks for about two years).

This summer, for example, Sadie will graze roughly 130 pairs on 70 acres for three days and then move them on to the next grazing paddock. This involves solar powered polywire fencing with step-in posts sometimes on steep terrain and hauling water daily.

The model takes more sweat equity and very little equipment, however, it makes economic and environmental sense to both new and seasoned ranchers, Bolze said.

That’s what Bolze encourages his students to recognize about regenerative agriculture – it’s an affordable approach that is filled with possibilities.

“It seems like the commodity row crop production model is largely-driven by the latest and greatest more expensive technologies such as GPS, variable rate seeding and variable rate fertilization. I tell my students, where is the technology in the regen grazing model?” Bolze said “Basically, the most important equipment includes low impedance electric fence and a no-till planter for cover crops. It requires minimal investment.”

“Young people need access to the land, they don’t need to own it. In fact, in a lot of ways, not owning land is a far more feasible way to make it when starting out,” he said.

Because grazing is a prime way to rebuild organic matter, it is also a way to help the environment overall. This has economic benefits, too, he added.

“I tell my students to formulate their own opinions about climate change. It’s irrefutable that the level of carbon dioxide in our atmosphere is drastically increasing and it’s not just fossil fuels. A lot of the carbon that is in the atmosphere came from the soil,” he said. “With regenerative agriculture and following the six soil health principles, we can sequester carbon and put it back into the soil.”

Even though Bolze is teaching students from all agricultural backgrounds, he tells them they are all pursuing their journeys in the “regenerative era,” and in that is the hope.

“We have to get young families back on the land,” he said. “I think the objection should be focused on how fewer acres can make a young family a good living, instead of the mantra of ‘get bigger or get out.’”

Bolze said we need to be asking some serious questions to ourselves and the ag industry overall.

“Do we truly believe that the course modern day industrialized ag is on has a viable financial future for the next generation?” he said. “The industrialized model cannot sustain itself with the investment in ever-increasing costs of equipment and inputs – I mean, look at fertilizer costs alone.”

He doesn’t see a future for the next generation in the industrialized model alone.

“If we shift to regenerative practices now, that is a model a young person can engage in, while sequestering more carbon and building soil health,” he said.

He also encourages students who have an interest in direct-to-consumer sales to go that route.

“The regenerative direction is a win-win for everyone involved in agriculture except, perhaps, for the people selling the inputs,” he said. “I just want to see young people succeed.”

Editor’s note: This story is part one of a two-part series, featuring both a student and teacher perspective about regenerative agriculture. The first interview is with Dr. Ron Bolze – a range management professor at Chadron State College in Chadron, Neb.

A different way: Student of regenerative ag branches out to do things differently

“I knew the conventional ways of farming were not good for the wildlife." 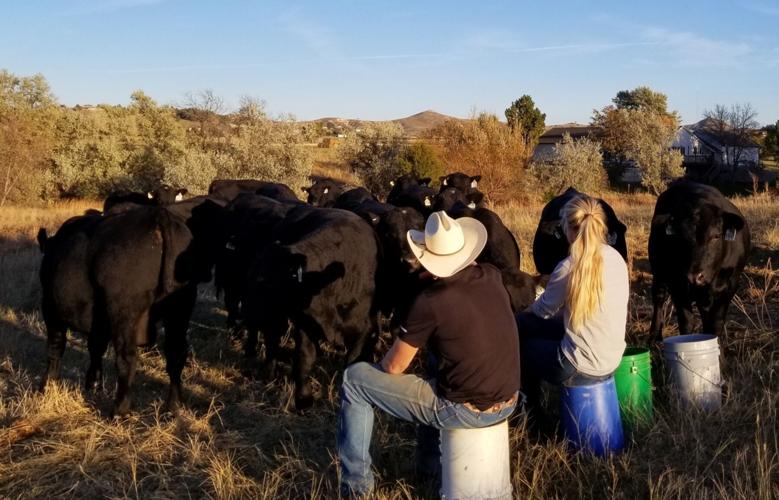 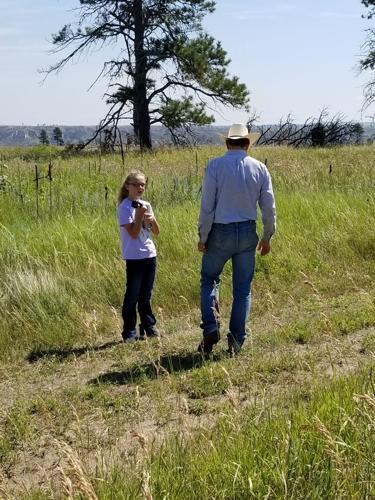