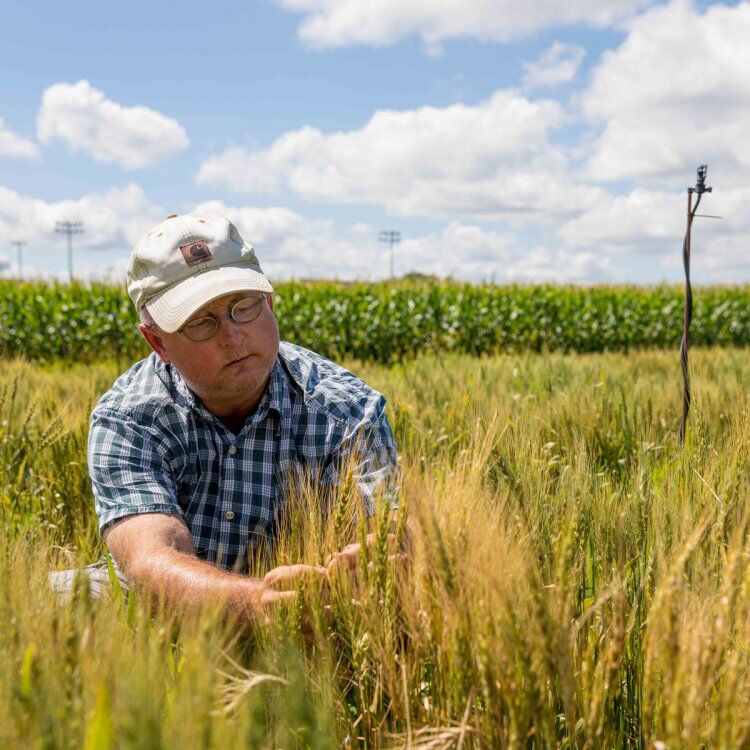 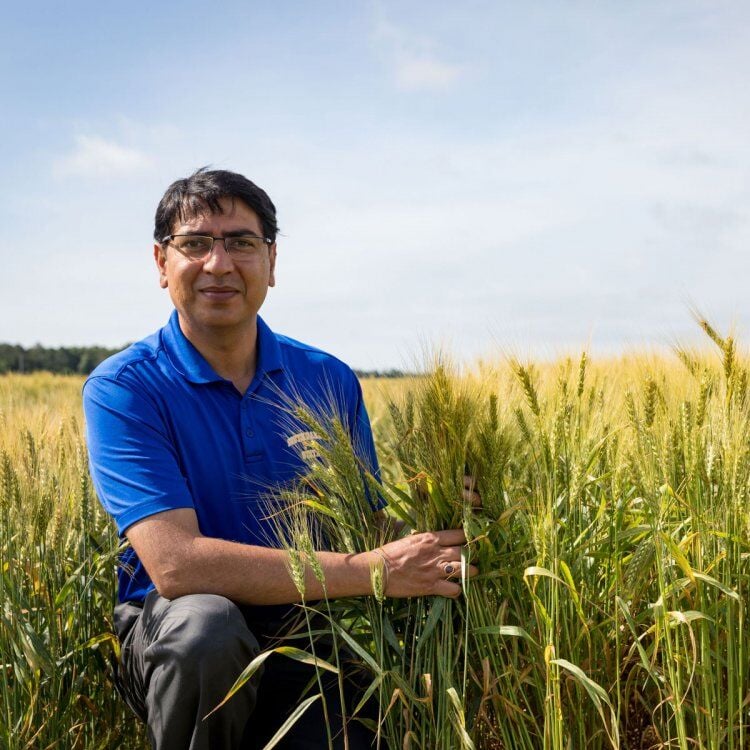 Wheat breeders at South Dakota State University will have a new weapon to fight scab, a devastating fungal disease that affects wheat and barley, thanks to funding from the Agricultural Research Service through the U.S. Wheat and Barley Scab Initiative.

Each wheat breeder receives approximately $100,000 annually through the scab initiative, but this year’s allotment contained additional funding to purchase the seed sorter. Glover’s 2020 grant is for $166,930 and Sehgal’s is for $191,000. The wheat breeding programs are part of the South Dakota Agricultural Experiment Station.

“We are the first wheat breeding program in the United States to acquire this state-of-the-art machine,” said Sehgal, who is an associate professor of agronomy, horticulture and plant science. “The instrument will not only sort good kernels from bad (Fusarium-damaged), but gives us the percentage of good kernels for each variety.”

Glover, a professor in agronomy, horticulture and plant science department, said, “This machine will do hundreds of seeds a minute and will help in terms of screening lines we are developing.” It not only saves time, but also eliminates the variability inherent in manually sorting and counting kernels.

In addition, Sehgal plans to work with the Swiss company that manufactures the sorter to develop a means of identifying seeds that have scab mycotoxins growing inside them.

“These kernels cannot be caught unless you do a DON (deoxynivalenol mycotoxin) laboratory analysis; however, quantifying DON content using mass spectrometry is an opportunity which we wish to explore,” he said.

“When temperatures are in the high 70s to 90s and there is plenty of humidity, conditions are good for scab development (spores),” Glover said.

When this occurs while the wheat is flowering, infection rates are typically high because the spores germinate in the floral structures of the head. The fungal disease reduces the flow of water and nutrients to developing kernels, dramatically shrinking yields. In addition, it produces mycotoxins that make the grain unfit for human or animal consumption.

When it comes to scab resistance in spring wheat, Glover said, “Brick (variety) has not yet been consistently surpassed for that trait, though new materials that are nearly as resistant are better in terms of yield and protein content.”

In terms of winter wheat, Sehgal points to Lyman, Redfield and Oahe as having moderate resistance to scab. However, he sees much room for improvement.

Sehgal is also collaborating with wheat breeders at The Ohio State University and the University of Nebraska-Lincoln to use genomic data to predict scab resistance without testing all varieties. “We are doing 200 tests in two different locations and using the data to predict how 400 to 600 varieties will fare.”

Years of research worldwide resulted in the identification of several minor and a few major FHB resistance genes, but the underlying mechanism of resistance was largely unknown. However, recently a few studies have suggested some of these genes actually facilitate Fusarium infection in wheat; therefore, loss of function in these genes could lead to resistance, Sehgal explained.

“We are developing EMS (ethyl methane sulfonate) mutation populations to identify lines in which gene(s) utilized by Fusarium for infection are truncated or silenced leading to a resistance response,” he said. These projects are supported the Wheat and Barley Scab Initiative and the South Dakota Wheat Commission through checkoff funding.

“Scab is a very important disease,” Sehgal said. “We used to have 4 million acres of wheat and now we have 1.5 million—and one of the major reasons is scab.”

Because weather conditions in eastern South Dakota tend to be conducive to blight, Sehgal said, “This has pushed wheat west.”