Cover crops are typically planted in fields of soybeans or with little to no groundcover following silage harvest. Too many barriers have prevented producers from planting cover crops in a cornfield, though.

Producers have to wait until after harvest to plant cover crops because of the lack of equipment with high enough clearance for tall cornstalks, and often there is not enough time post-harvest for the cover crop to establish before winter weather arrives. One also questions how interseeding cover crops will affect cash crop yields.

“One of the largest barriers to interseeding cornfields with a cover crop is lack of knowledge,” said Nate Dorsey, water and integrated systems extension educator at the University of Nebraska-Lincoln (UNL).

Dorsey said that UNL research has proven that yield is not lessened if the corn plant is established prior to seeding. Waiting until the corn reaches growth stage V4 is necessary.

UNL partnered with the Natural Resources District (NRD) and Department of Environment and Energy (DEE) to break down these barriers. Equipment and guidance was provided for producers to successfully interseed cover crops in a cornfield. Grant funds covered the cost of the cover crop seed, machine and operator.

The project involved 28 volunteer producers in the Upper Big Blue NRD, Lower Platte North NRD and Lower Platte South NRD. Field sites were selected from the applications based on certain priority areas and location. Logistically, the highboy seeder had to be transported between fields in a timely manner at seeding time.

Referred to as a highboy seeder, the high clearance seeder used for the project is owned by the DEE and housed at the Eastern Nebraska Research, Extension and Education Center (ENREC) near Mead, Nebraska. The highboy is a modified Hagie sprayer, the tallest commercial sprayer on the market, said Dorsey. It provides the height needed to drive down the corn rows without breaking cornstalks.

Seed is dispersed on extended booms through tubes. Because the seed is dropped under the canopy of the corn plant, interseeding with a highboy is more effective than aerial seeding, not to mention less expensive. Only 0.5 percent of the standing corn is damaged, mainly on the end rows from turning around.

Germination can be reduced with the highboy method since the seed is not incorporated into the soil. Seeding on irrigated acres can increase germination rates, essentially by soaking seed into the ground.

The most common cover crop utilized is the quickly-germinating and hardy cereal rye. Dorsey said mixtures of rye with a legume and plants with a deep taproot are also popular. These mixtures may include hairy vetch, clover, radishes or turnips.

Other considerations for interseeding cover crops into cornfields begin long before the cash crop is planted in the spring. If the cover crop is to be grazed as forage later in the fall or winter, a short-season variety of corn is best.

Cornrow widths should be planted in wider rows to allow sunlight to penetrate to the cover crops. Decreasing corn population five to 10 percent encourages cover crop growth without compromising yield. Moreover, the herbicide program must not prevent germination or unintentionally terminate the cover crop.

Come harvest time, the only damage to the cover crop Dorsey has observed was in the highboy tire tracks. He said cover crops are typically hardy plants and bounce back from the added stress. The cover crops also grow up through the corn residue blown out the back of the combine.

Producers hear a lot about how cover crops protect the soil from erosion, increase soil biomass and improve water quality. While all of these are important, water quality is the focus of this project.

Dorsey explained that leftover nitrogen and phosphorus from fertilizing fields earlier in the growing season is absorbed in the cover crop plant tissues instead of leeching into the groundwater.

“The nutrients are held in place and made available later in the spring when they are needed as the plant decomposes,” said Dorsey.

“Katie was the liaison between Extension and DEE, and really partners and advocates for the NRDs,” said Marie Krausnik, assistant general manager for the Upper Big Blue NRD.

Watersheds and areas with low water quality within the three afore-mentioned NRD areas were selected for the project; Krausnick said that priority areas had to be identified to apply for federal dollars through Section 319 of the Clean Water Act.

Interseeding cover crops is a “practical conservation practice” to address the impairments in the watersheds, including sediment loading and high nitrates, said Krausnick. Helping producers overcome some of the barriers to planting cover crops may result in better water quality over time.

“We understand cover crops are not for everybody’s management system, but trying to find different ways to allow farmers flexibility to integrate cover crops is something we are really interested in,” Krausnick said. “This is a management practice we would like more producers to take advantage of.”

Public field days are important to the advertisement of this project. Producers can see the highboy seeder in action. Demonstration sites were strategically selected in fields next to high-traffic roads so that onlookers can watch the growth of both the cover crops and the corn.

“If we can start showing producers cover crops aren’t just right after harvest, maybe it would help producers be more flexible and more interested in trying them,” said Krausnick.

Five years of grant funding is available for the highboy interseeding project. While the project was based in eastern Nebraska this year, it could be rolled out statewide in the subsequent four years, Dorsey said.

The partnership among UNL, DEE and NRD is addressing the major barriers associated with interseeding cover crops into a cornfield: equipment, knowledge and cost. If only the team could also provide extra time, there would be no excuse left for producers not to implement this management practice in their own fields.

Sampling soil this fall can save on fertilizer next spring

To help with high fertilizer prices, a Midwest soil scientist recommends farmers test their soil. They may have higher than expected nutrient … 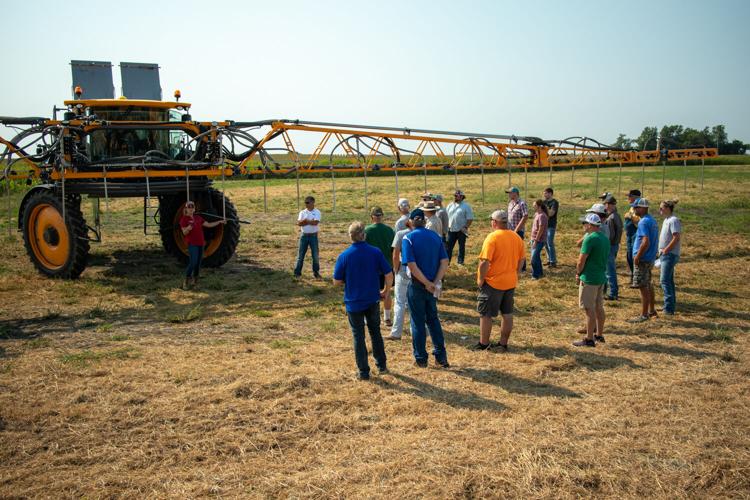 Attendees of the field day Sept. 7 at Colon, Neb., got to see the highboy in action as it interseeded the cover crop seed into the established corn field. 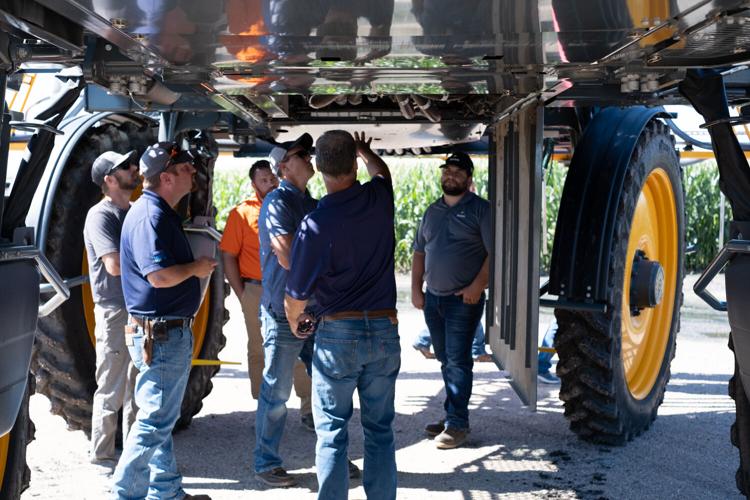 The highboy seeder is a modified Hagie sprayer, selected for its high clearance to prevent damage to the tall cornstalks as it roves the field. 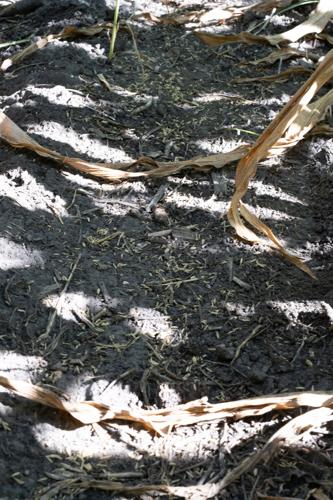 Tubes of the interseeder drop the cover crop seed under the canopy of the corn, but irrigation or rain is required to integrate the seed into the soil. 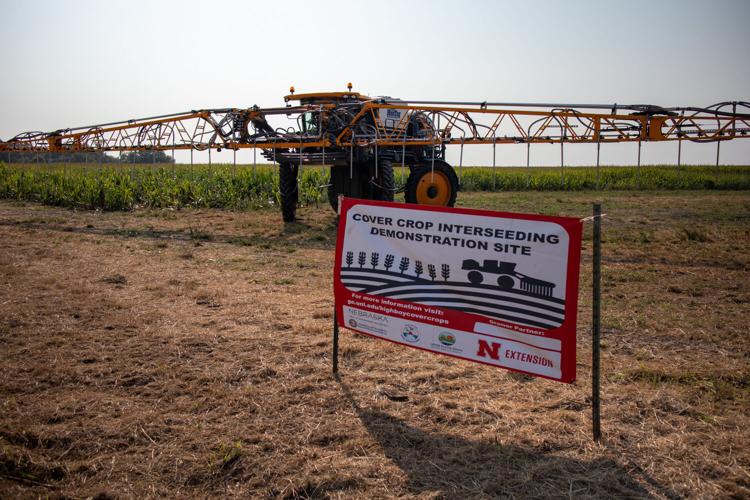 The highboy cover crop interseeding project is a joint venture of Nebraska Extension, the Natural Resources District and the Department of Environment and Energy.