ARRO’s ShieldAg offers a conversion kit to change a corn head into a milo or sunflower header, thanks to a design and patent from farmer-entrepreneur.

The new ARRO kits were tested on five good, used corn heads in the first year of business in 2016. The dual blade cutters were patented, trademarked and put into production through CrustBuster in Spearville, Kansas with distribution help from ShieldAg in Hutchinson.

“We wanted to help sorghum farmers resolve crop harvesting challenges,” said VanNahmen, product development manager for Kopper Kutter LLC. “They were using 40-year-old technology, John Deere row crop 50A series headers, to harvest sunflowers and sorghum, and those headers were intended for soybeans, and not suited for what farmers need in the High Plains.”

Beeler, Kansas farmer Clinton Stiawalt, who runs a Case IH 2588, got the ARRO Shieldag converter and said it’s worth the investment if you have quite a few milo acres down. He started with milo guards on a grain header then went to a John Deere row head. But with fall crops, farmers need a separate header for corn and for milo.

“We’d go through bearings changes to keep the row headers going,” Stiawalt said. “If you have milo lying flat, you have to plum slow down with a row head because you’re at ground level, where this ARRO attachment lifts the plant up and only picks up the part that you want to harvest.”

Two of the most recent header options from John Deere are hinged frame drapers and folding corn headers designed to maximize machine capacity for the X9 and compliment the S700 combines.

PrairieLand Partners John Deere dealer in central Kansas says the hinged draper (HDF, HDR) came out over the past two years for the Class 10 and Class 11 combines and will also fit their S700 machines with an adapter.

“It’s taken harvesting capacity to another level, by keeping our machines evenly full of crop material,” said Dave Thiessen, product support specialist with PrairieLand Partners (PLP). “Our customers are realizing the flexibility and floatability of this header – that they no longer must limit their travel speed as much as they used to when crossing terraces or contours.”

On that hinged draper, the wing has a range of motion and the cutter bar can move up or down with five inches. This provides a wing range up to 44 inches, which gives the capability of 22 inches up and 22 inches down.

They also have a 16-row folding corn head which came out two years ago with the “lettered” headers. It reduces manpower needs and hours on equipment by not having to detach it when going field to field. Instead, with the press of a button in a minute time, the folding corn head unfolds.

“These F series folding corn heads are doing really well. Everybody really likes the new HDF,” Thiessen said. “We’ve had the rigid HDR’s out for a few years, and this year is the first year for the HDF (which is Flex.)”

Thiessen also invented the SuperCrop Header 20 years ago by converting a John Deere row head frame into a milo header.

“Different row heads go on the front of it, so you can stand up and harvest the grain part and not pull the whole stalk into the machine,” Thiessen said.

He has turned the SuperCrop Header over to Bish Enterprises in Giltner, Nebraska, which has ownership of it.

“We produce that header today here in Giltner, originally for sorghum and made several changes to be quite a good sunflower header and also made sales to hemp producers,” said Andrew Bish, CEO of Bish Enterprises. “Although sorghum producers in drought areas are struggling from a yield perspective, sorghum is still a tremendously viable crop, and commodity prices might currently be at the highest level they’ve ever been.”

Regarding forthcoming headers, Bish is working with Redleaf Biologics in Kentucky, a company focused on harvesting just the sorghum leaf.

“It’s kind of like my mid-life crisis is trying so many things on the farm before my time runs out.” 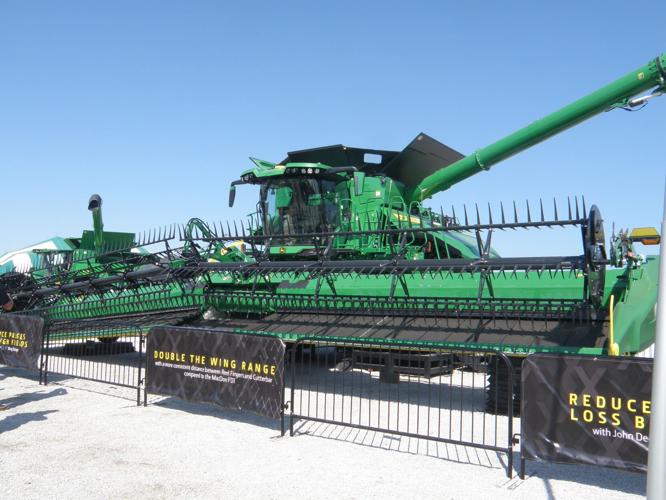 A hinged draper from John Deere was debuted at Husker Harvest Days 2021. 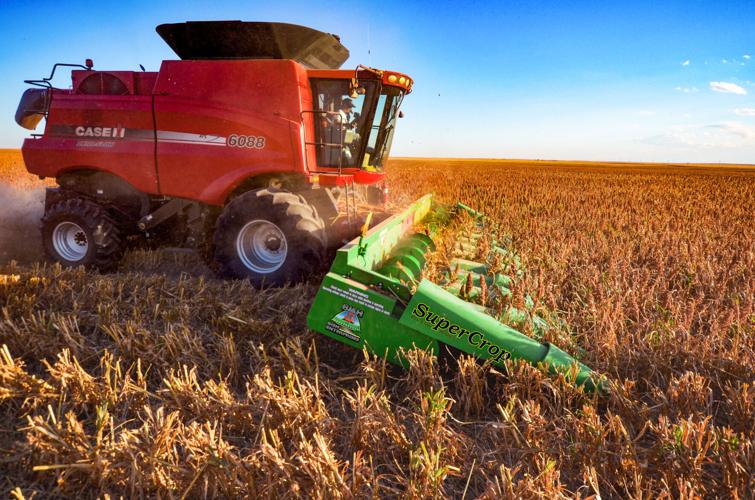 A CaseIH 6088 combine fitted with a SuperCrop header harvests a sorghum field in Akron Colo., in 2016. 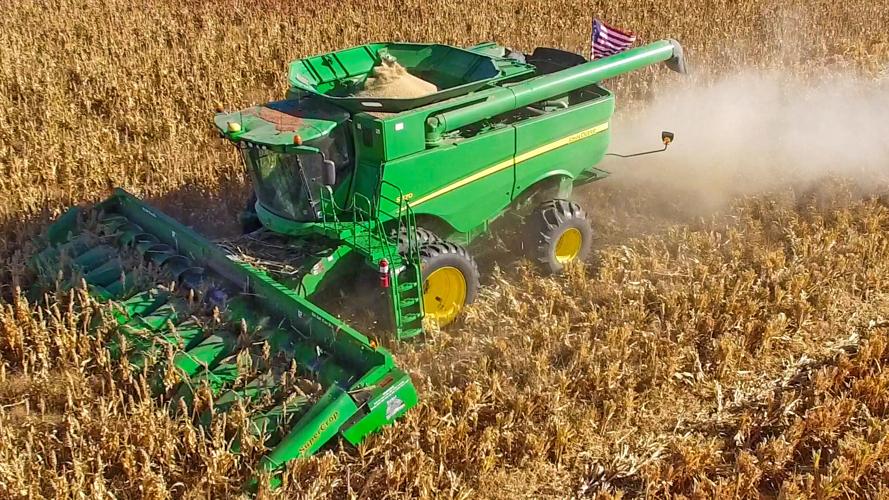 A John Deere S670 combine with a SuperCrop Header harvests milo in 2017. 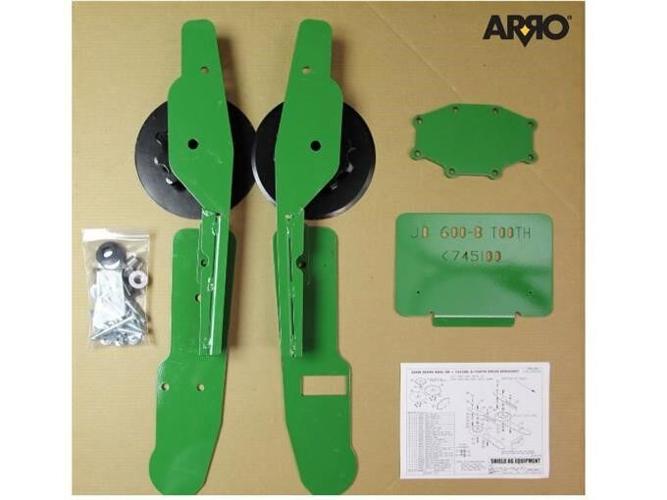 The typical ARRO kit for a John Deere corn head. 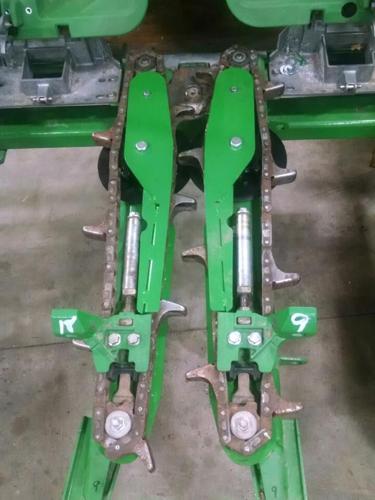 The display of the ARRO kit installed on a JD 6 Tooth row unit.