Scientists are honing the traits of speed, strength and near invulnerability in an important food crop that, much like a superhero, will help protect the vulnerable.

Achieving a milestone in their pursuit of the Superman of sorghum plants, scientists identified a single gene that confers broad protection from the fungal diseases anthracnose, rust and target spot.

Looking closer at the plant’s genome, they also discovered what might have been kryptonite to this super power and unusual snips of mobile DNA involved in the disease resistance.

“Although some natural resistance to fungal disease was known in sorghum, genes that confer such widespread resistance had not been identified,” he said. “It is remarkable that a single gene leads to resistance across a broad spectrum of fungi and multiple strains of the anthracnose fungus.”

A team of Purdue University researchers, including 2009 World Food Prize laureate Gebisa Ejeta, made the discoveries through a project supported by the U.S. Agency for International Development (USAID) Feed the Future Innovation Lab for Collaborative Research on Sorghum and Millet.

Climate change is predicted to increase the number and severity of plant diseases, said Mengiste, who led the research.

“We need more robust disease control to sustain the world food supply, and these remarkable plants are one step ahead of us,” Mengiste said. “Different varieties of sorghum have evolved with different strengths and resistance to disease. Through genetics and plant science we are trying to help them along in this process of adapting to a changing environment.”

By finding the gene responsible for a desired trait, scientists can create biomarker tags that allow breeders to test for its presence quickly and incorporate it into a sorghum cultivar that has other beneficial traits. The team’s work is detailed in a paper in the journal The Plant Cell.

“The importance of this work cannot be overestimated,” said Ejeta, a distinguished professor of agronomy at Purdue and executive director of the Purdue Center for Global Food Security. “This is a significant scientific breakthrough and a culmination of decades of collaborative sorghum improvement research at Purdue along with partners in developing countries.”

Sorghum is a key cereal crop for food security around the world, said Mengiste, who is part of Purdue's Next Moves in plant sciences and Purdue’s Center for Plant Biology.

“It is a very resilient plant in many ways, but fungal diseases can wipe it out,” he said. “Anthracnose is one of the most significant of these pathogens and attacks all parts of the plant: leaves, stalk and head. It leaves nothing that can be used for food, its primary use in Africa; or biofuels and animal feed, its uses in the United States.”

Successful steps to feed the future

In 2014, USAID through the Kansas State University-administered Feed the Future Innovation Lab for Collaborative Research on Sorghum and Millet, made an initial investment in the search for host-plant resistance against anthracnose in Ethiopia.

“Our objective is to increase the resiliency and food security of sorghum farmers and consumers in Ethiopia and West Africa,” said Timothy J. Dalton, director of the lab and professor of agricultural economics at Kansas State. “

Mengiste and an earlier team of scientists affiliated with the Feed the Future Innovation Lab and from Ethiopia already successfully developed a cultivar called Merera, a sorghum variety that has enhanced disease and bird resistance and produces a better yield.

“As climate change events shift or necessitate the production of dryland crops such as sorghum into higher rainfall or irrigated regions, leaf diseases become even more significant,” Ejeta said. “It is precisely in those situations where powerful genes become so crucially important.”

“Chemical control is often ineffective, not economically feasible, and poses environmental concerns,” he said. “The most effective, economically sustainable and environmentally friendly disease control strategies involve the use of plant genotypes that are resistant to diseases. This is what the farmers want, and they are embracing new lines of sorghum.”

The regulation of ARG1 is unusual; it is embedded in a second gene, and both genes appear to have been altered by small stretches of mobile DNA called transposable elements.

Transposable elements are like molecular viruses or parasites that live in the genome and are passed down from generation to generation, said Damon Lisch, an associate professor of botany and plant pathology who was involved in the research.

The gene in which ARG1 is embedded is an antisense RNA. Its expression is opposite to ARG1, which results in a situation where the two could interfere with each other, he said.

All sorghum plants have some version of these two genes, but susceptible varieties of sorghum express a lot of the antisense RNA and very little of ARG1, which also appears to encode a nonfunctional protein, he said. The disease-resistant version of ARG1 is expressed at a much higher level, encodes a functional protein, and is associated with an antisense RNA gene that is turned down, resulting in less interference.

This is where the transposable elements seem to come into play, Lisch said.

“Transposable elements are known to be involved in some human and plant diseases, but their involvement in disease resistance is considered uncommon – for now,” he said. “With technological advancements we are able to spot these parasitic strands of DNA within a gene sequence, and we are finding them everywhere.

The findings may inform other genetic research into sorghum and other plant species, as well as ways to fine-tune gene expression, Mengiste said. The combination of basic and applied research provides rich information. Some will be used now, and some may lead to a future innovation.

“We could have stopped after identifying the ARG1 gene, but we drilled deeper,” he said. “If we hadn’t, we might have thought we could simply fix the protein involved in resistance. Now we have a much greater understanding of the gene’s regulation and additional insight into an emerging field that could become revolutionary to plant science.”

South America’s crop conditions recently caught the attention of the North American markets, thanks to significant weather issues in some key …

A Kansas State University researcher in western Kansas says he may have an innovative way to kill weeds commonly found in farmer’s fields: sim…

The 19th annual Cover Your Acres winter conference will take place on Jan. 18-19 at the Gateway Civic Center in Oberlin.

Agricultural Research Service (ARS) scientists are practicing "tough love" when it comes to preparing wheat for the climate challenges ahead. In growth-chamber experiments in Peoria, Illinois, they're subjecting more than a dozen varieties of this important staple cereal crop to a one-two punch of stressors. 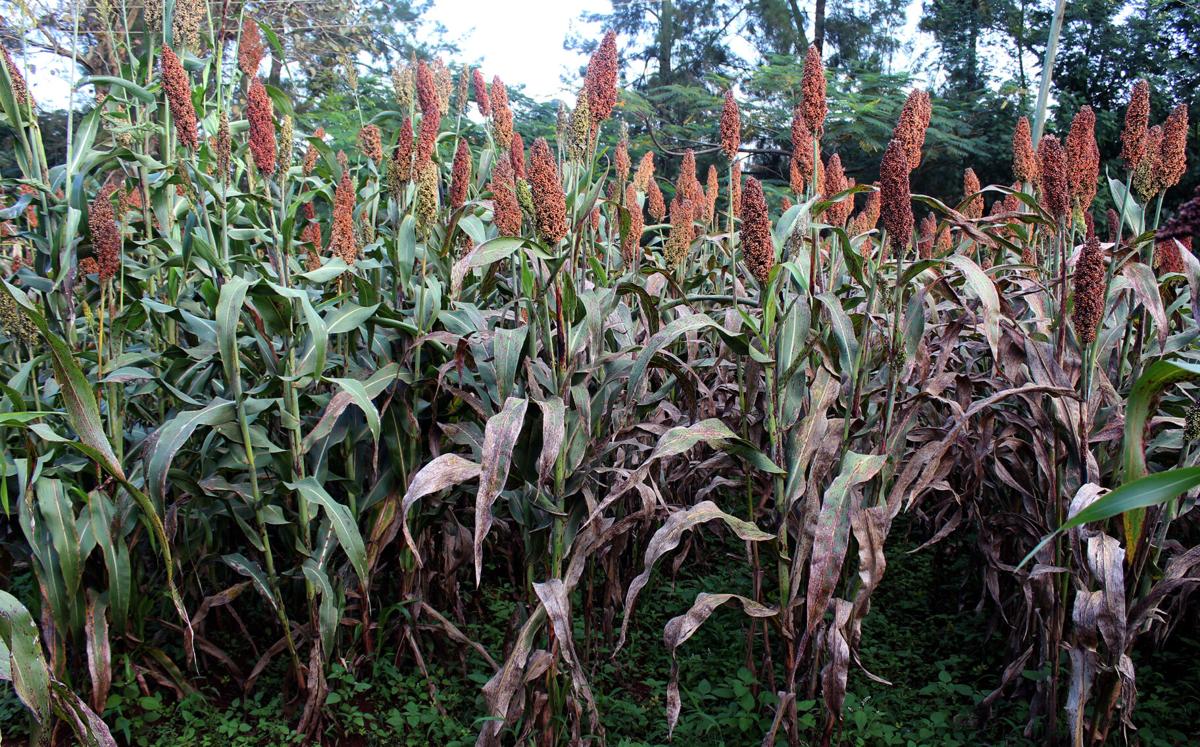 Sorghum crops damaged by fungal disease. Purdue University researchers are homing in on a specific gene that could help the plant fight fungal diseases. 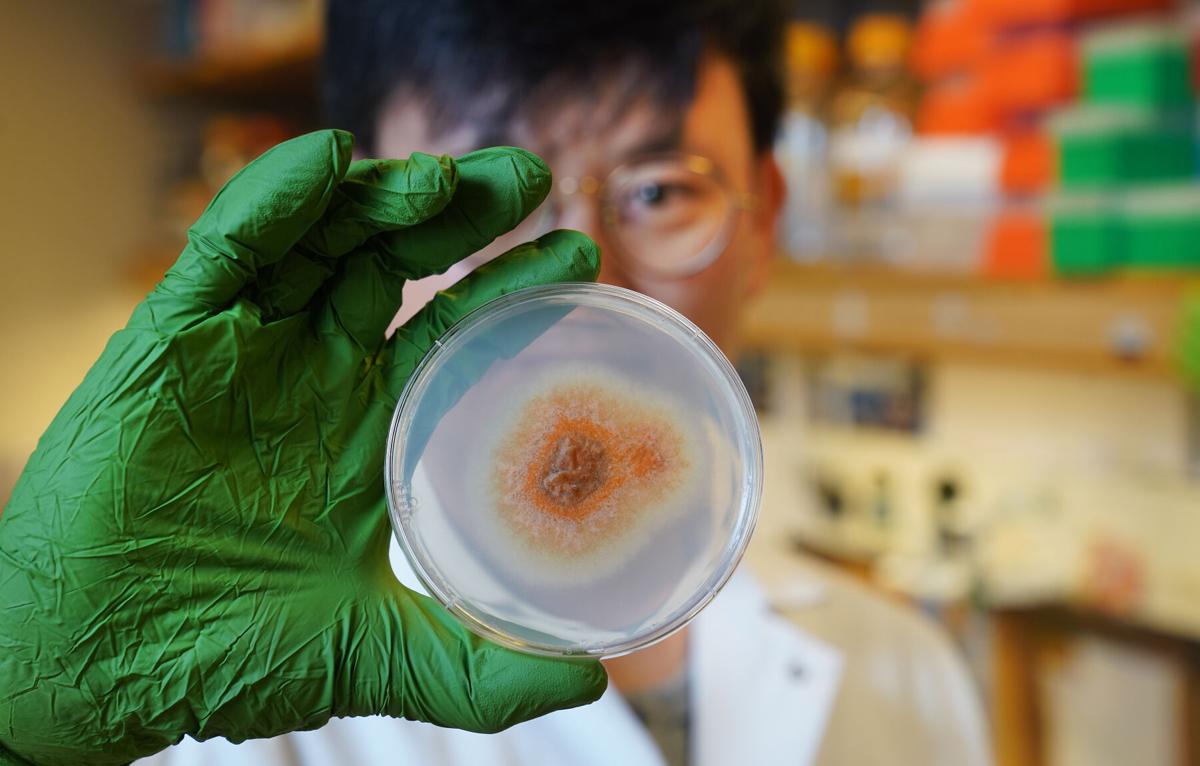 Sanghun Lee, research associate at Purdue University, holds a culture of the fungus anthracnose. The fungus causes disease in sorghum. 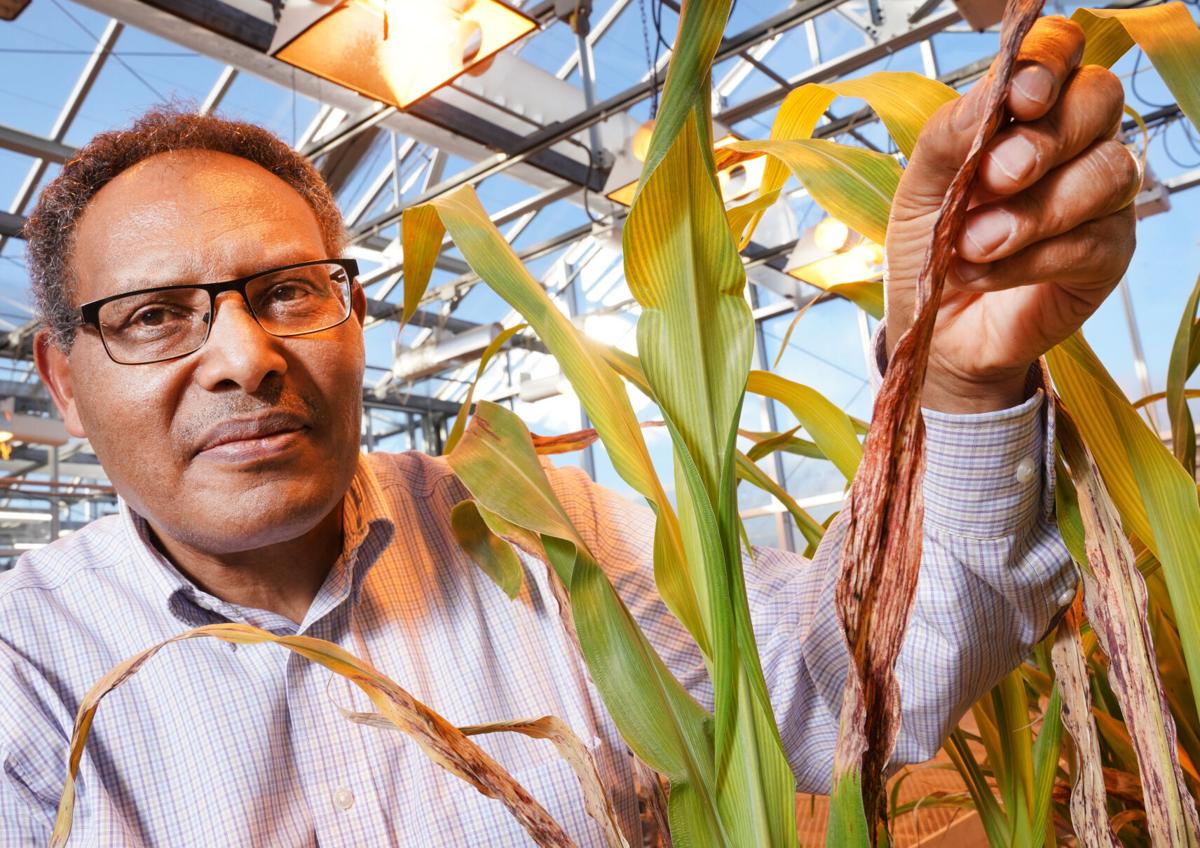 Tesfaye Mengiste, professor of botany and plant pathology at Purdue University, looks at sorghum infected with anthracnose. Mengiste led a team of researchers that identified a single gene that confers broad resistance to the fungal disease.