Read Today's E-Edition
Share This
Too good to be true? Protein-packed popcorn is also good for your gut
Share this
Kristen Sindelar

Popcorn has long been a favorite snack, especially on movie night.

While popcorn is a nutritious whole-grain food, when lathered in butter and salt, it’s generally not considered the healthiest option.

A variety of popcorn being developed by the University of Nebraska-Lincoln (UNL) is moving popcorn to superfood status.

Quality Protein Popcorn (QPP) packs a punch unlike any other popcorn. It provides balanced amino acids to make QPP a more complete source of protein.

The proteins found in grains, such as maize, do not contain all 10 essential amino acids and are therefore considered incomplete proteins, meaning that protein deficiency will occur without other sources of protein in the diet. Maize contains about 10% protein, but lacks two amino acids (lysine and tryptophan) to be a complete protein.

Corn with the genes for Quality Protein Maize (QPM) contains the necessary two amino acids to the meal complete. Referred to as opaque-2 variant, this simply means the kernels accumulate more of the nutritionally balanced protein.

“Quality Protein Maize has a higher lysine content, which is normally deficient in corn,” said Dr. David Holding, professor and associate department head in the Department of Agronomy and Horticulture and member of the Center for Plant Science Innovation at UNL.

To develop popcorn hybrids with improved protein content, Holding’s team of graduate students first developed multiple QPP inbreds. Throughout the past decade, the team has subsequently bred and tested QPP hybrids derived from these inbred lines.

The QPM gene is natural and was discovered a hundred years ago, explained Holding. QPM hybrids are not genetically modified so present no regulatory or consumer acceptance issues.

Several labs around the world have contributed to the molecular development of QPM, but Holding’s team at UNL has been one of the “key labs” in determining the molecular basis of QPM. “Now we are using that information to accelerate the nutritional improvement of popcorn and other types of corn,” Holding said.

Other countries have integrated QPM into food sources for humans and animals. However, QPM has not been widely adopted in the United States because certain negative agronomic qualities can outweigh the nutritional boost.

“It has been wildly popular in other cultures that don’t use Roundup Ready or BT corn. They use more naturally bred varieties, including hybrids with QPM,” Holding said.

Since all popcorn grown in the U.S. is non-GMO anyway, the playing field is level, and high yielding QPP hybrids stand a better chance of being adopted by growers, said Holding. These findings are positive for Nebraska, which produces approximately 120 million pounds of popcorn annually.

Corn producers in the U.S. have not yet been willing to take even a small yield hit penalty to grow QPM. This may soon change with the push for more nutritionally balanced “superfoods” and the recent success of QPM and QPP studies.

“These hybrids perform equivalent to the elite popcorn breeds,” said Holding. “Equivalently yielding, the popping was good, the expansion volume was large and the lysine content was essentially double.”

In a blind consumer taste test conducted at Colby Community College in Kansas, volunteers ate air-popped QPP without any additives. Even without butter or salt, the results were positive.

“Our lines have consistently shown preferable texture and flavor to their commercial parents when consumed in their native form,” Holding said.

The power of this protein-packed popcorn does not stop there. QPP seems to augment the human gut microbiome, as well. The Nebraska Food for Health Center at Lincoln, Nebraska has proven that QPP contains beneficial bacteria, such as roseburia.

“Roseburia collectively leads to the release of a greater amount of butyrate that improves fermentation of certain beneficial bacteria in the human gut microbiome,” said Holding.

This protein-enhanced, food-for-your-gut popcorn is not yet on the market as testing continues.

“It’s kind of like my mid-life crisis is trying so many things on the farm before my time runs out.” 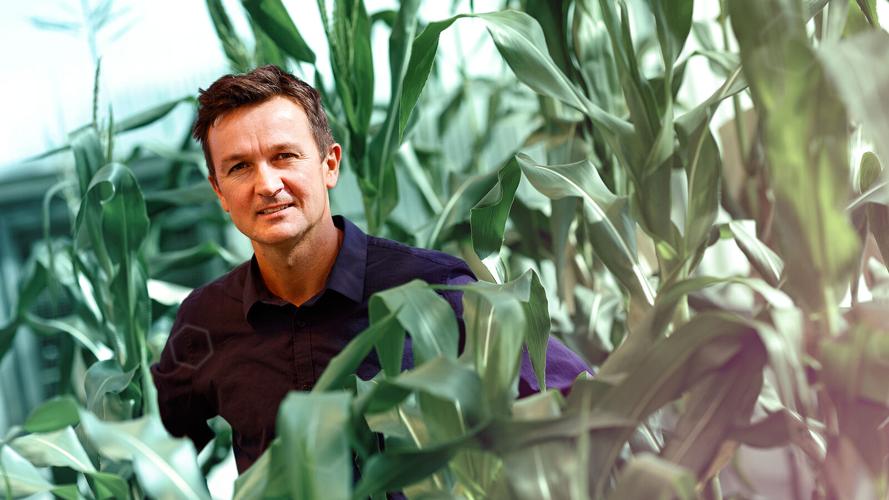 Dr. David Holding serves as associate department head in the Department of Agronomy and Horticulture at UNL and is also a member of the Center for Plant Science Innovation. UNL has been a leading institution in the global quest for Quality Protein Maize. 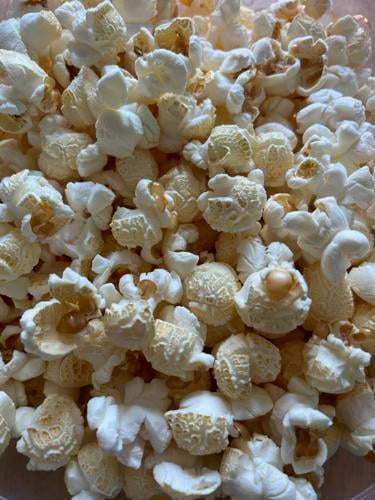 Researchers at UNL are breeding non-GMO popcorn varieties that provide a source of complete protein and can increase beneficial bacteria in the gut microbiome.