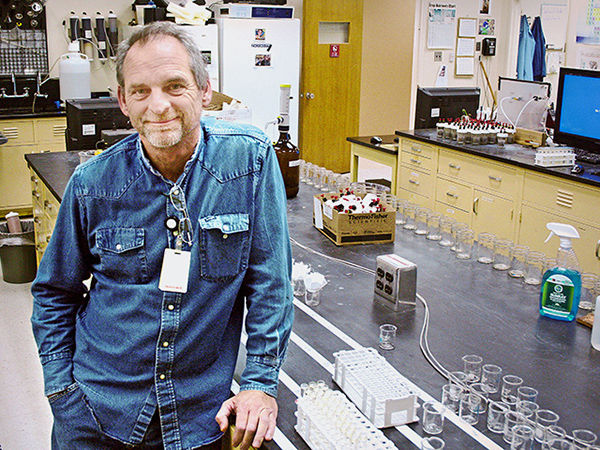 Haney soil test developer Dr. Rick Haney poses in a lab. The benefits of the new test, he said, are capturing information about the many components that play into soil health and fertility. 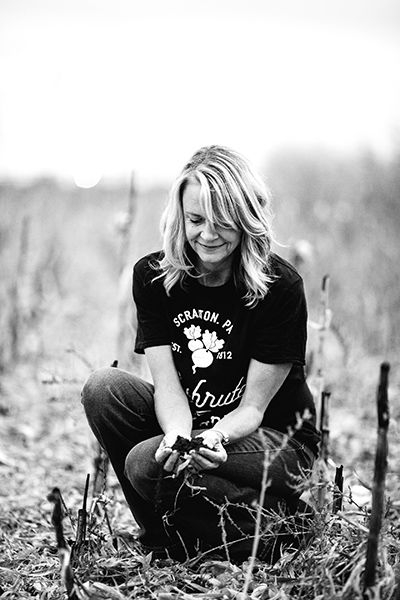 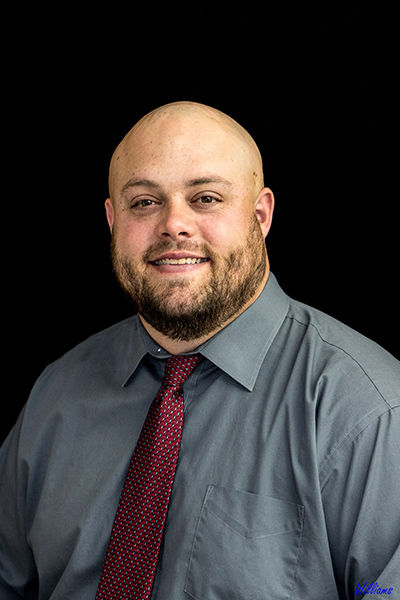 Haney soil test developer Dr. Rick Haney poses in a lab. The benefits of the new test, he said, are capturing information about the many components that play into soil health and fertility.

The Haney soil test, according to its developer Rick Haney, Ph.D., goes beyond the standard soil test that only looks at one form of nitrogen (N).

There are actually thousands of organic N compounds in the soil. Creators of a new soil test hope it can help farmers unlock the real power in thriving soils.

Rick and his wife Liz Haney, Ph.D. – who has started her own independent consulting firm, Soil Regen – are both passionate about educating farmers and ranchers about the Haney test and the regenerative practices the test seeks to inspire.

Lance Gunderson – who started the soil health division at Ward Laboratories said his research led him to also use the Haney test. Gunderson is currently pursuing his doctorate in agronomy and horticulture with an emphasis on soil microbial biology while also opening Regen Ag Lab this year.

The Haneys and Gunderson took time to discuss the background of the Haney test, soil health and how regenerative practices can make farmers more profitable and their soils healthier.

“It has long been thought organic N in the soil is not available to the plant,” Rick said. “If this were true, then there would have been no plant growth at all prior to the invention of synthetic fertilizer. With the Haney test, we are trying to account for some of the natural N in the soil and thereby reducing the N inputs by the appropriate amount.”

“The Haney test also allows producers to see how their management systems are affecting the microbial community,” Liz said.

The test measures respiration and the overall health of the soil, making for a foundation from which to measure change. It’s also an innovative way to monitor soil conditions that accounts for climatic and anthropogenic factors, she said.

“It shows people the soils are alive,” Liz said.

It was his history of working on farms and ranches in Iowa and Oklahoma during high school that began Rick’s journey toward helping farmers maximize the resource beneath their feet. He was perplexed early on by the risk involved with farming.

“It always struck me as an injustice that producers of food and meat managed to pay everyone but themselves, especially since they were bearing the burden both financially as well as personally,” he said. “I just could not get my head around the idea of borrowing a half a million dollars from the bank to attempt to raise a product that was subject to the weather.”

Rick wanted to farm from an early age, but his family sold off the land they had acquired after World War II. His uncle urged him to get a college education instead.

In graduate school, Rick became interested in soil testing. He began to see that it may be a direct way to impact the farms and ranches by reducing their fertilizer inputs.

“Since fertilizer was cheap insurance after World War II, it was clear that we were using too much of it,” Rick said.

From there, he set out to investigate how he could mimic nature in a laboratory setting. Roughly 20 years later, he pulled together the components that became the soil health nutrient tool or the Haney soil test.

This set of tests was the results of a series of epiphanies and some new laboratory equipment, he said.

One obvious epiphany was that in commercial testing, farmers were not testing for nature’s soil extractant – water, he said. There was no emphasis on soil microbes.

Those soil microbes are important. They’re actually aquatic creatures that take in oxygen and release carbon dioxide just like we do, he explained. It’s something farmers can take advantage of by monitoring their activity. The test is as simple as capturing the carbon dioxide from soil in 24 hours after it has been dried and rewetted, he said. That mimics the response of microbes to a rainfall event.

Gunderson noted that most traditional soil tests rely almost entirely on soil chemistry and are tied to the nutritional needs of the plant. But most of the nutrients that ultimately end up in the crop are transferred by soil microbiology, he said, and in some cases, microbes either temporarily tie up or release nutrients based on their own metabolic requirements and health of their ecosystem.

“We need to evaluate the capacity of the microbes to provide nutrients to plants rather than simply measuring the amount of nitrogen in the soil,” he said.

The Haney test centers on three main parts. One is an evaluation of plant available nutrients using a soil extractant called H3A. H3A is made up of three different organic acids that plants naturally produce and release to the soil.

Second, is a water extract to measure carbon and nitrogen pools that serve as the primary food sources for soil microbes.

The third part is a measure of soil respiration as an indicator of microbial biomass and potential activity.

“All three of these come together to provide producers with a more holistic view and understanding of their soil,” Gunderson said.

“Regenerative agriculture starts with the soil and soil-plant interactions,” she said. “(It) promotes protecting the soil by partnering with nature.”

She stands by the five principles of soil health: covering the soil, minimizing mechanical and chemical disturbance, increasing plant diversity, leaving living roots in the ground as long as possible, and integrating animals and insects into the system.

The first step is bringing diversity back to the landscape, she said, expanding on the five principles. She agrees with University of Nebraska Extension engineer and soil health specialist Paul Jasa that a corn-soybean system is not a rotation. It is an oscillation.

True crop rotations have three or more types of crops, she said, adding the cover crops can help reach biodiversity.

Diversity, in turn, helps address multiple resource concerns at once, she said. It increases drought tolerance, mitigates disease and weed pressure, and creating a better habitat for soil biology.

Restoring soil health is a journey, according to Liz.

“We don’t have to accomplish this all at once,” she said. “There should be a progression of steps leading up to this type of system and I think that diversity is the place to start.”