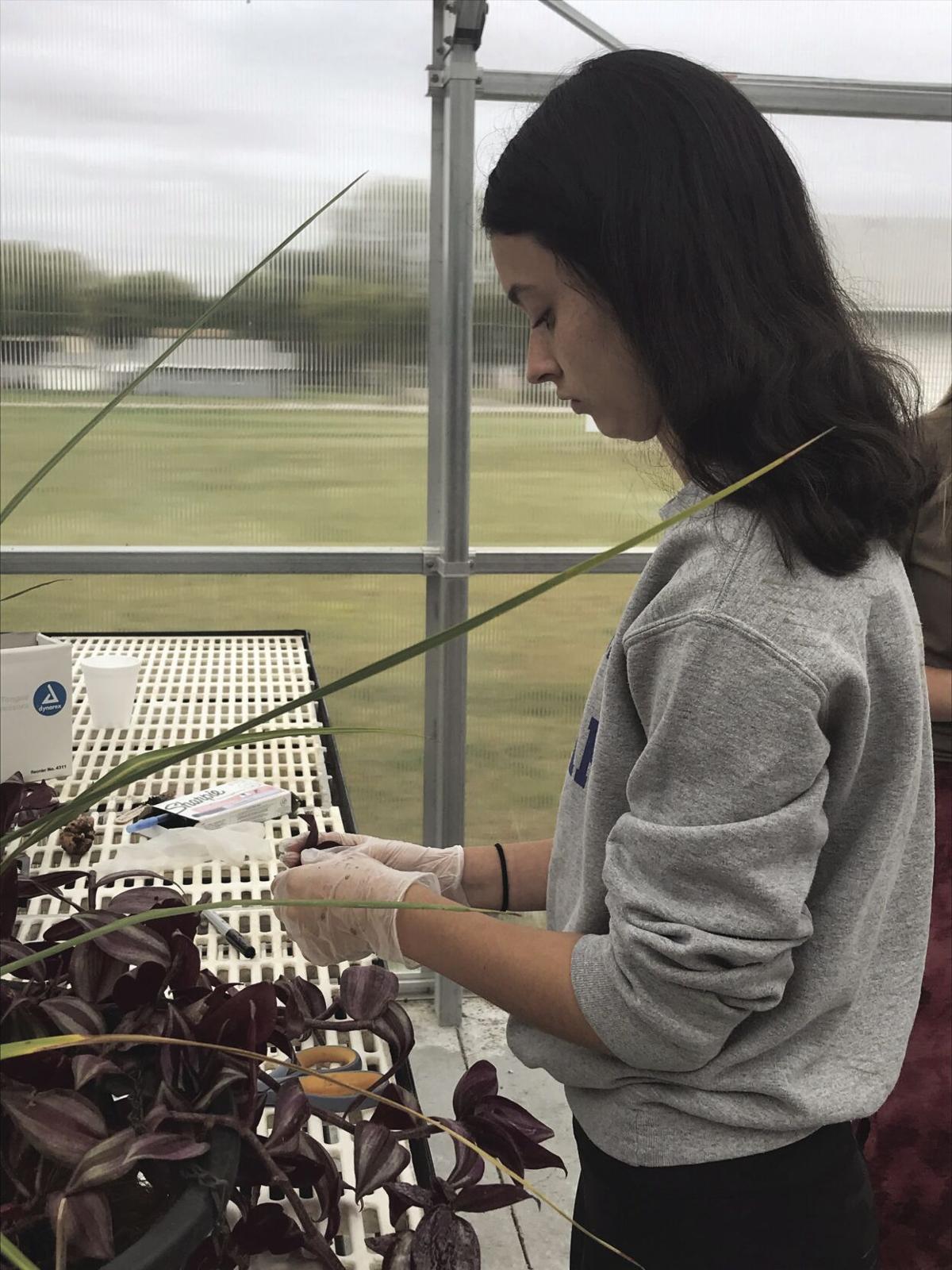 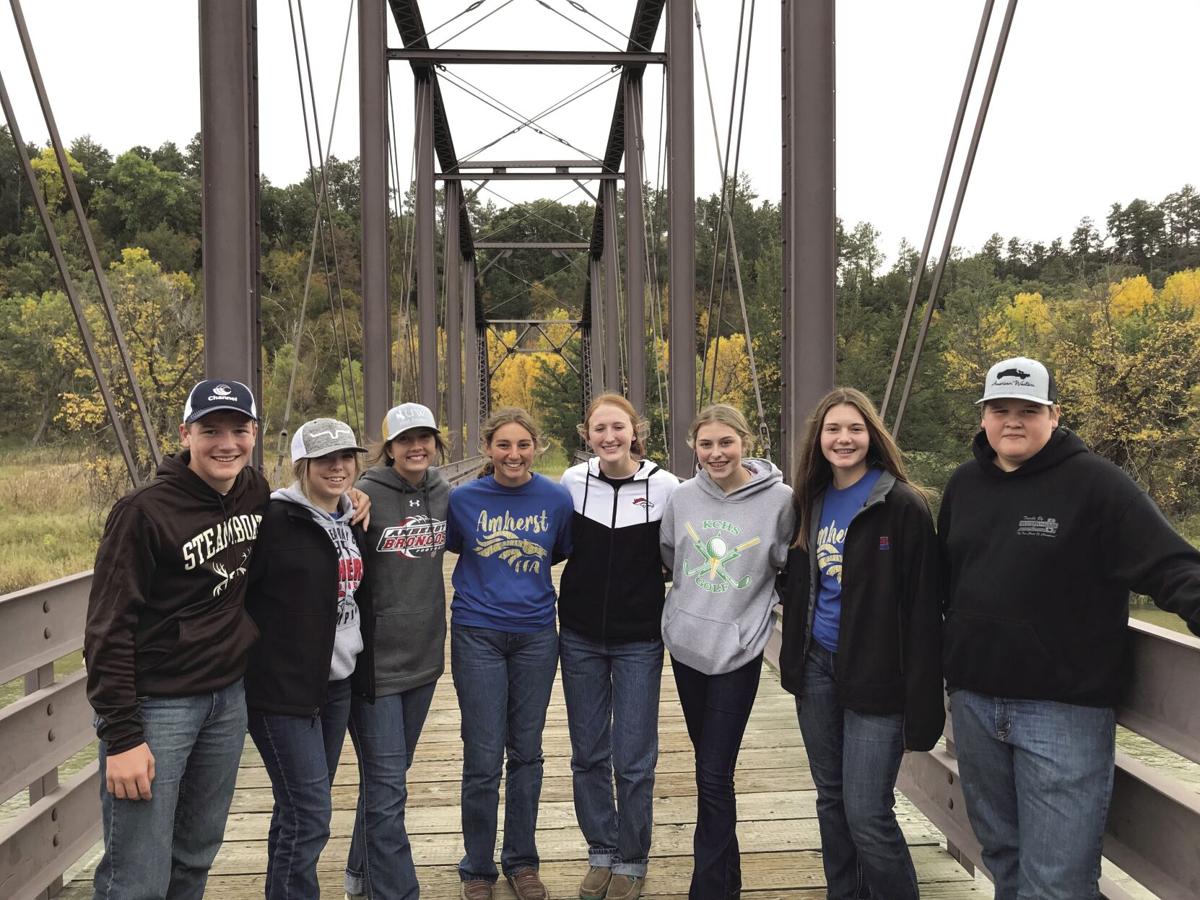 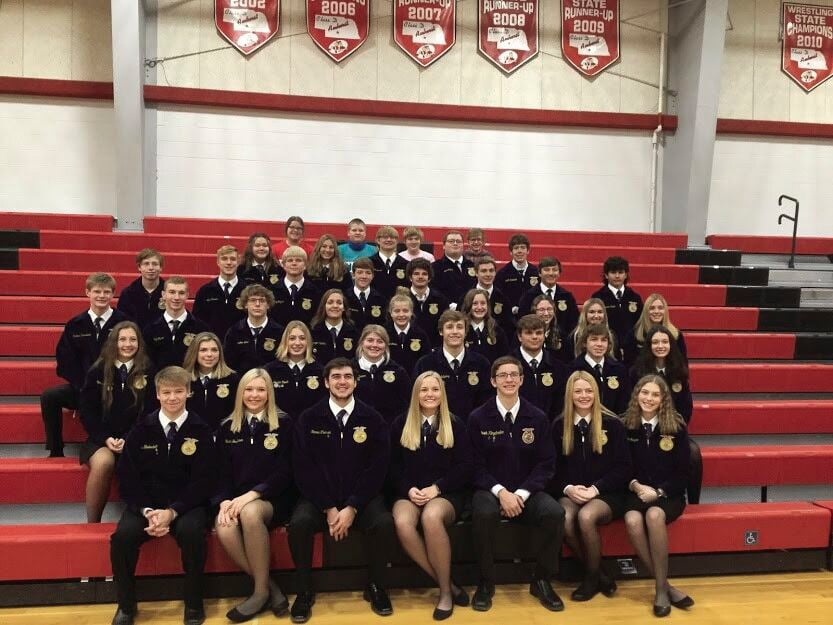 Amherst FFA members in their official FFA attire. The chapter has 51 members of which six earned State Degrees this year. 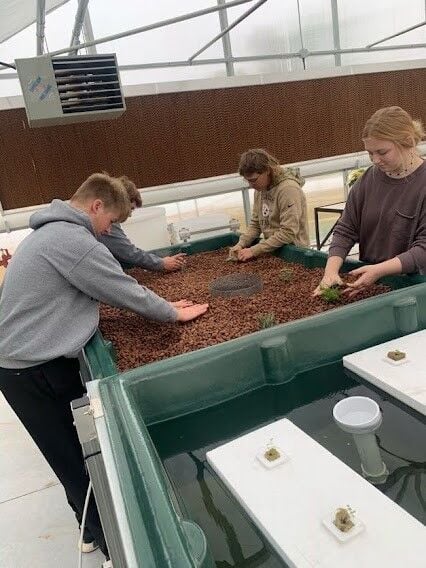 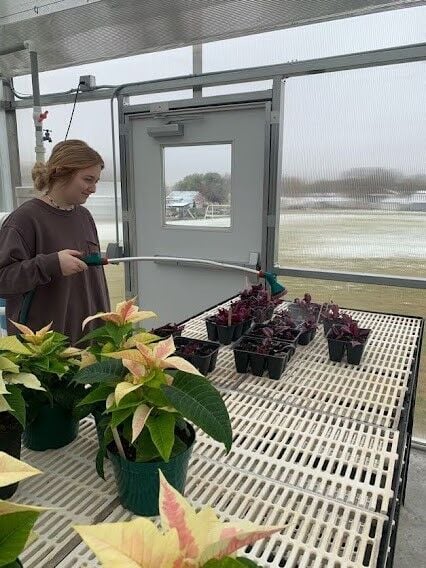 Amherst FFA Advisor Katie Hothem has been keeping her chapter members’ schedules full of activities. She is now in her eighth year as the advisor at Amherst.

The chapter was founded in 2005. It now has 51 FFA members in grades eighth through 12th. Six of those students earned State Degrees this year.

After returning from the National Convention, which 11 Amherst students were able to attend, the chapter got busy with their fall activities.

This included harvest meals for farmers working in their fields. The project was organized by the chapter officers and their parents. It also meant getting ready for participation in the Connecting Chapters program.

While that is going on, the members will be gearing up for the District 8 Livestock Judging competition. Amherst is then hosting the LDEs. They also hope to host a beef show, Hothem, said.

With nary a break, the students will be working on their SAEs and record books. In between, they get to utilize their new aquaponics lab and work on cover crops. At this time they are also growing mums and poinsettias in their greenhouse.

More than memories: Students have FFA experience of a lifetime at nationals

While the Alliance FFA livestock judging team propelled into the national spotlight, they didn’t get to take one FFA officer who had looked forward to attending. Kimber Romick of Alliance was killed in an automobile accident a few weeks before the national convention.

The accomplishments of the Superior FFA Chapter are evident on many levels. The longevity of the program, the participation level and the achi…

Amherst FFA members in their official FFA attire. The chapter has 51 members of which six earned State Degrees this year.