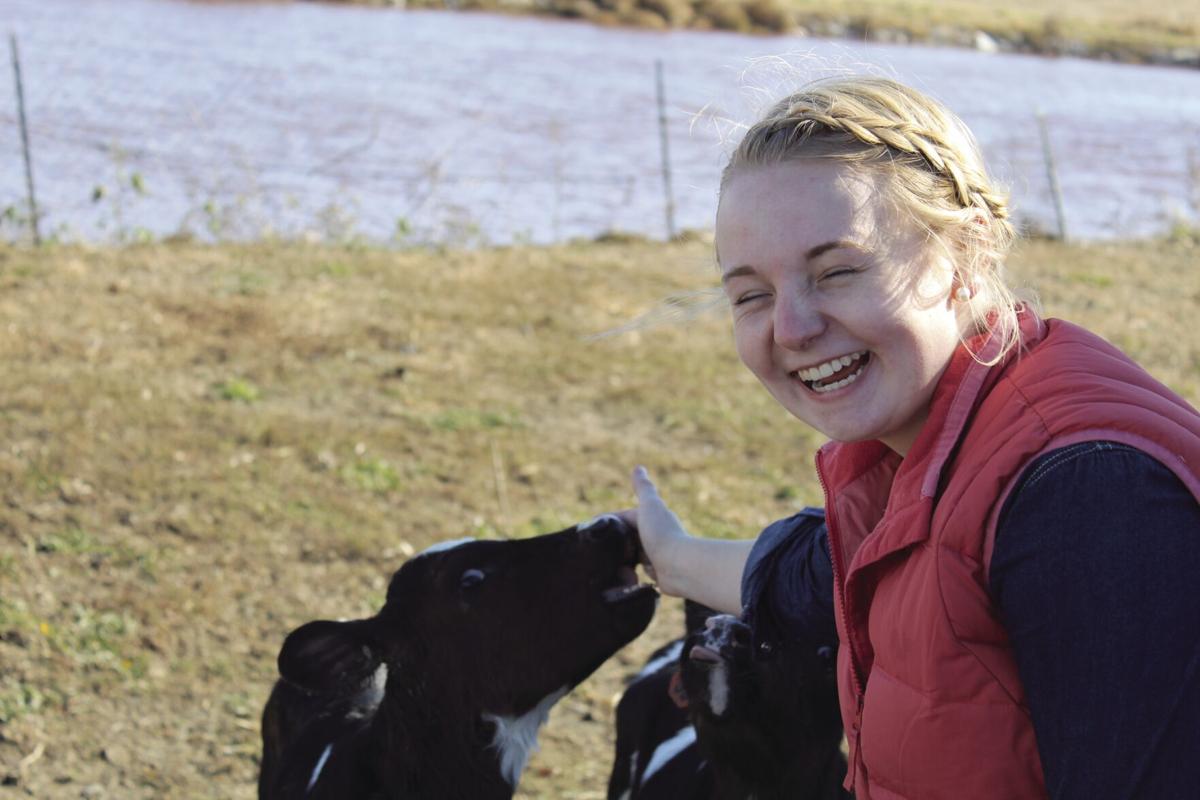 UNL College of Agricultural Sciences and Natural Resources student Alyssa Neff of Harrisburg, Penn., enjoys time with the calves (or “mini milk-makers of the future,” as she calls them) while visiting R K&K Dairy Farm near Seward, Neb. 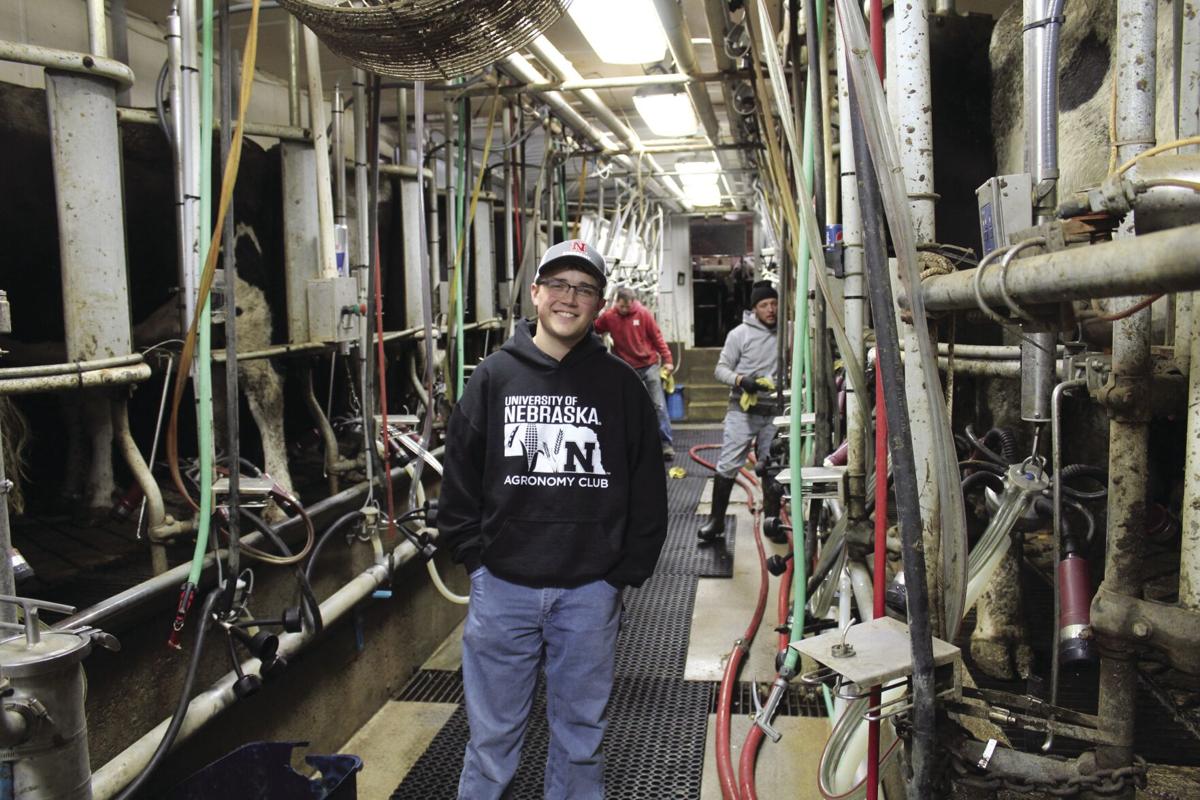 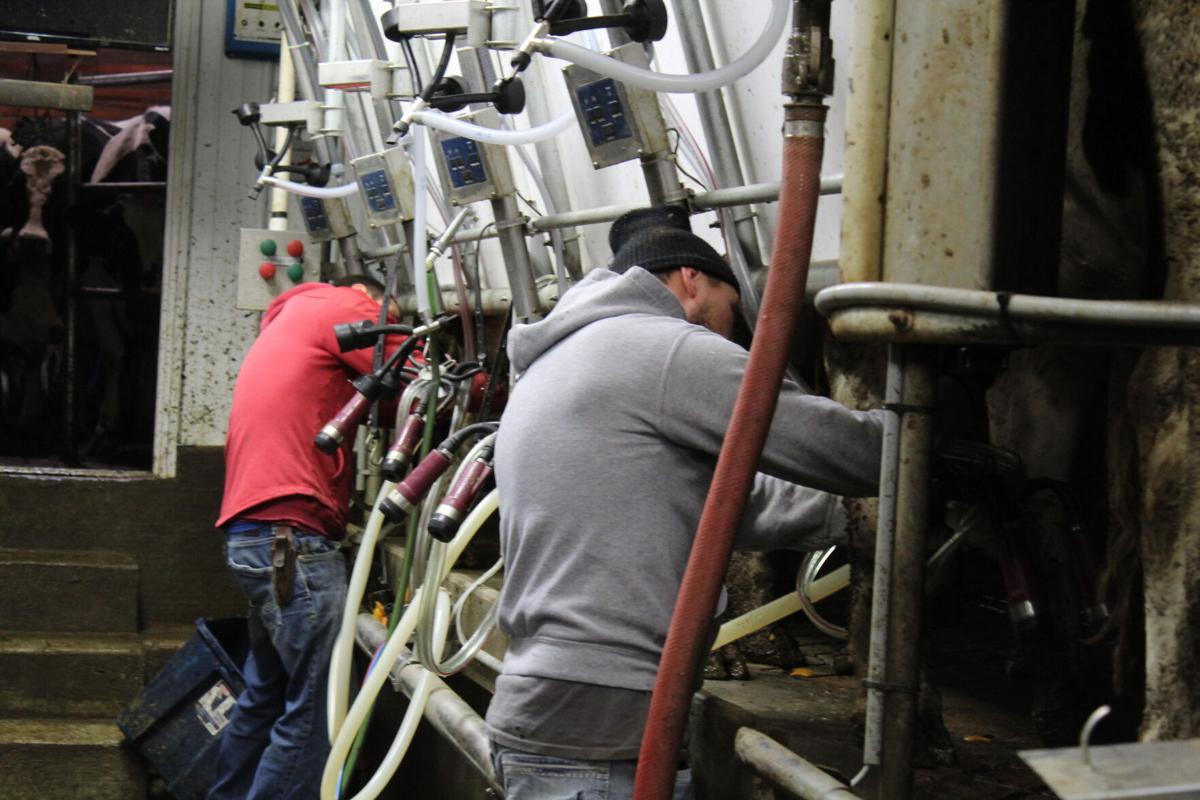 By Alyssa Neff, University of Nebraska-Lincoln

A typical Friday afternoon for a University of Nebraska student living on the Agricultural Campus (also known as East Campus) before a Husker game would typically consist of some bowling at the East Campus Union, playing cornhole in the courtyard, or maybe, just maybe doing homework and not waiting until Sunday night.

For UNL students Alyssa Neff and Daniel Frey, Nov. 5, was a case of different strokes for different folks as the saying goes. Frey, a Palmyra, Nebraska, native and Neff, from Harrisburg, Pennsylvania, needed information from a stakeholder for a class project. The project was for Science and Decision-Making; a course through the College of Agricultural Sciences and Natural Resources. It included choosing a socio-scientific topic that has a measurable impact on consumers and communities.

For this project, Frey and Neff chose to research the dairy industry, with a particular focus on the Midwest region, with a purpose of encouraging support of local dairy farms. In order to get direct and accurate information about the impacts, they went to visit a local dairy farm in Seward, Nebraska. Little did they know that their perspective about the dairy industry was about to change.

Growing up in central Pennsylvania, Neff has family friends who are dairy farmers. It is undeniable that a dairy farm in Pennsylvania looks a little different than one in eastern Nebraska. Alyssa was used to large dairy farm operations consisting of 300-500 dairy cattle, in addition to growing 100-400 acres of crops such as corn, soybeans or sorghum. On the other hand, Frey had never been to a dairy farm and had no expectations going into this project. Arriving at R K&K Dairy Farm, they immediately saw the calving corral, which instantly caught their intention.

“The calves have always been my favorite part of a dairy farm because some of them are the mini milk-makers of the future,” Neff stated.

The calves are cute, but there is more to a dairy farm than the mini milk-makers of the future. The tour of the dairy farm began at the dairy barn where the cows were about to be herded in for milking time. The tour was given by Berke and Adam Roth, who are soon to take over the dairy operation from their father Kyle Roth and uncle Kraig Roth.

While touring the farm, Alyssa and Dan began asking the Roths questions about their operation and its history. The Roth family has had dairy for more than 50 years and has seen growth over those years. From starting with only milking a couple Holsteins to now milking about 140, their operation has withstood time and changes within agriculture. With few dairy farmers in their area and indeed in Nebraska, this special operation of milking 140 cows and farming more than 1,000 acres of crops keeps these farmers busy and profitable.

“This dairy farm has been in the family for generations and it will continue to be,” Berke stated. Even though there have been challenges, such as the decline in milk prices, Berke and Adam feel the local farmers’ cooperative has been supportive, along with the community.

Since it was milking time, Neff and Frey witnessed the cows being brought into the milking parlor and getting the automatic milkers attached to their udders. This being a new experience for Frey, he found it fascinating to see the whole process of milking.

One of the highlights of their interview with the Roth brothers was hearing their advice for a new dairy farmer or someone looking to be part of the dairy industry.

“The advice I would give to someone would be to surround yourself with great people who encourage and help you at the same time,” Berke stated. “This is a tricky industry, but because of the supportive people we have surrounded ourselves with we have been able to stick with it.”

The experience, accompanied with this great bit of advice made an impact on Neff and Frey. Each have either a minor or a major in agriculture. They realized that their project was going to be more enjoyable and educational than they ever thought.

“Dairy farmers never stop farming – even in winter,” Berke remarked. To any farming there is a passion that can’t be described in words, but instead is demonstrated in the land, livestock and the bond formed between the farmer and these symbols.

The visit to this local dairy farm was an unforgettable afternoon that Neff and Frey will never forget. Not only because they learned about a dairy farm, but they were reminded of how these young men and others like them are the future of agriculture. With young dairy farmers like these men, it is safe to say their farm, and others like it in Nebraska, are in good hands.

More than memories: Students have FFA experience of a lifetime at nationals

While the Alliance FFA livestock judging team propelled into the national spotlight, they didn’t get to take one FFA officer who had looked forward to attending. Kimber Romick of Alliance was killed in an automobile accident a few weeks before the national convention.

Amherst FFA Advisor Katie Hothem has been keeping her chapter members’ schedules full of activities. She is now in her eighth year as the advi…

The accomplishments of the Superior FFA Chapter are evident on many levels. The longevity of the program, the participation level and the achi…

UNL College of Agricultural Sciences and Natural Resources student Alyssa Neff of Harrisburg, Penn., enjoys time with the calves (or “mini milk-makers of the future,” as she calls them) while visiting R K&K Dairy Farm near Seward, Neb.