When Laura “Lolly” Cameron Klug became Miss Rodeo Nebraska in 1957, she had no idea how much being a rodeo queen would change her life.

And it did the same for her daughter, Johna Klug Niedfelt, nearly thirty years later.

Lolly grew up on a farm in Aurora, Nebraska, graduating from Aurora High School in 1954. As a student at St. Elizabeth Hospital School of Nursing, she tried out for the 1957 Miss Burwell Rodeo queen title and won it, serving as Miss Rodeo Nebraska in the same capacity.

In 1959, she won the Miss Buffalo Bill rodeo pageant in North Platte and went on to the Miss Rodeo America pageant again, this time finishing as second runner-up.

Fast forward twenty-five years, and Klug and her husband Ted’s daughter Johna was interested in rodeo queening. She’d seen her mother’s pictures and wanted to try it. She held several titles, after getting over her fear of public speaking: Garden County Rodeo Princess in 1977, Sutherland Junior Rodeo Queen in 1978, the UNL Block and Bridle queen in 1982 and the NebraskalandDays and Buffalo Bill Rodeo titles in 1983.

The next year, Johna won the Miss Rodeo Nebraska title and represented the state in the MRA contest. At that pageant, she won the horsemanship contest and was a top ten finalist. She and her mother are the only mother / daughter duo in the state who have held the state rodeo queen title and competed at the Miss Rodeo America pageant.

But their rodeo queen stories don’t end there.

Lolly began volunteering with the MRA pageant in Las Vegas in 1987, selling merchandise with her good friend, Dallas Hunt George, the 1955-56 Miss Rodeo Nebraska and the 1957 Miss Rodeo America. The two women have volunteered every year since then and were honored at last year’s Miss Rodeo America coronation.

Johna has done her share of volunteering with the MRA, as well. She served seven years (2015-2022) on the MRA executive board. The nine-person board deals with issues that come up in the association and with the state pageants. She held the office of secretary and treasurer for much of those years. She continues to serve the MRA pageant as the co-chair of the horsemanship committee and the event ticketing/seating committee.

Both women have judged a couple dozen state rodeo queen pageants across the nation, from California to Missouri and from Florida to Kansas and the states in between.

Being a rodeo queen is more than just looks, Lolly said. “I look for someone who is wholesome, honest and sincere,” she said. “You can buy appearance and beautiful clothes, but you can’t buy personality or horsemanship (skills.) Those are two things you really have to have yourself.”

Klug’s dad, Sandie Cameron, had good advice for his daughter. “My dad always said, remember you are a lady first, then a cowgirl. And be kind to others. Kindness will go a long ways in your lifetime.”

Both women benefited greatly from competing in rodeo pageants.

Johna said the abilities she gained still help her today. As a bank examiner, she speaks in front of large crowds of bankers, and the presentation skills she learned then still help. “I can speak in front of a crowd of 250 people and be fluid, animated and all the things that a good speaker should be, to keep their audience.”

Rodeo queening taught her a variety of things: “how to speak in front of a crowd or a small group, confidence, knowing how to present yourself, the knowledge base and the people you meet. It’s those unseen benefits that a girl will take with her,” Johna said. From things learned as a rodeo queen, “I can do things so much more professionally.”

Lolly agreed. “The girls gain self-confidence, and no one can take that away.”

There are advantages to the travel that the young women do, too, Johna said, including how to be independent and how to trouble shoot if you have a problem.

“The sequins and the rhinestones are all fun. They don’t last a lifetime but the other skills do.”

Johna enjoys judging the pageants and seeing the young women as they gain knowledge and experience. “What has been fun to see is the development,” she said. “From the time I first see a young lady in her state pageant, to where I see her at the MRA pageant, the personal growth between those dates is absolutely amazing.”

Klug is a 2015 inductee into the Miss Rodeo America Hall of Fame.

"The feedlot cows sure like it when we cut a couple of loads at home and mix in with their daily ration. They almost dance to the bunk line."

It takes just four seconds for an adult to sink knee-deep and be trapped in grain. Learn how to prevent it during Farm Safety and Health Week.

It’s OK to Haggle with your neighbor

A new businesses called Haggle enables farmers earn a passive income from what they already own.

Over 100 years and five generations of hard work, grit and determination for raising superior Angus cattle earned the Sawyer family of A &…

Rural residents are outpacing their urban counterparts in regards to inflation.

A degree and a heifer for three Aggie graduates

In spring of 2022, a final semester of classes at the Nebraska College of Technical Agriculture (NCTA) came with an incentive for three Aggie …

"I like to consider this time of year calf college. It’s kind of like when your parents drop you off at college for the first time and you both spend the next few days a little out of kilter but still close."

When Nebraska rancher Josh Freiberger traveled to New Zealand a decade ago he saw something in their beef cattle that was missing in U.S. breeds.

Jamie Gustafson's six-year enlistment in the U.S. Air Force and deployment for Iraqi Freedom taught her the value of community. 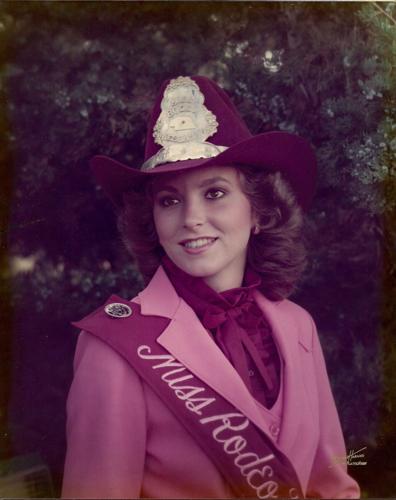 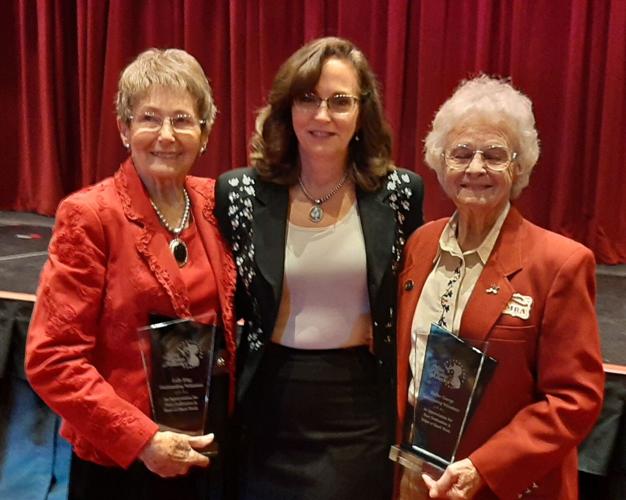 Lolly, Johna, and Lolly’s longtime friend Dallas Hunt George as Lolly and Dallas were recognized at the 2021 Miss Rodeo America coronation for their 65 years of service to the association. 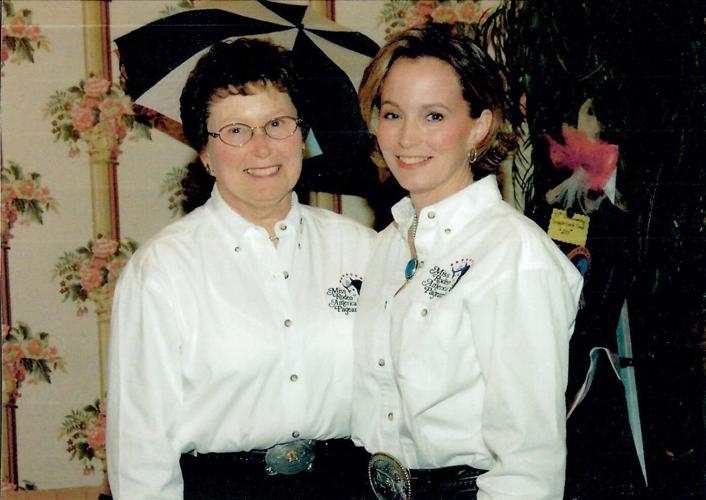 Lolly and Johna in 2003. The mother/daughter duo are the only two women who have held the title of Miss Rodeo Nebraska and also competed at the Miss Rodeo America pageant. 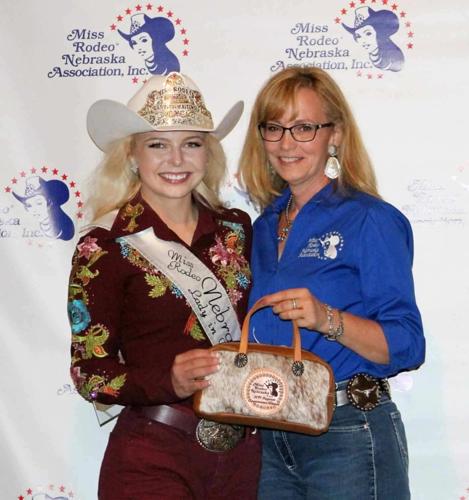 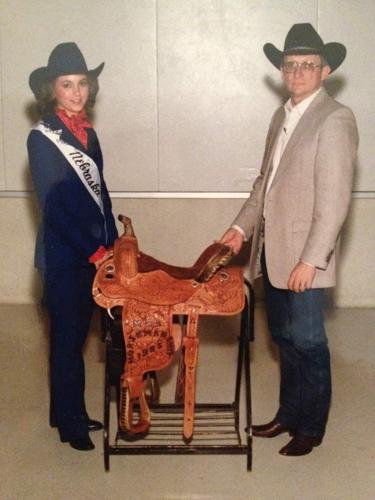 Johna receives the saddle for winning the horsemanship contest at the 1984 Miss Rodeo America pageant. 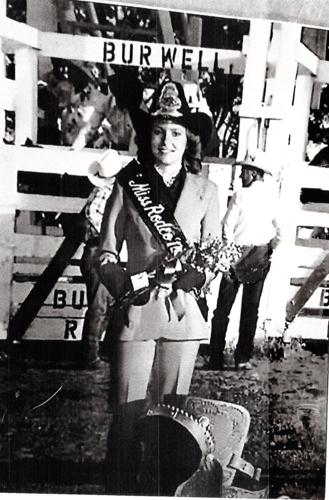 Johna as Miss Rodeo Nebraska 1984. She competed at the Miss Rodeo America pageant, winning the horsemanship category and finishing in the top ten. 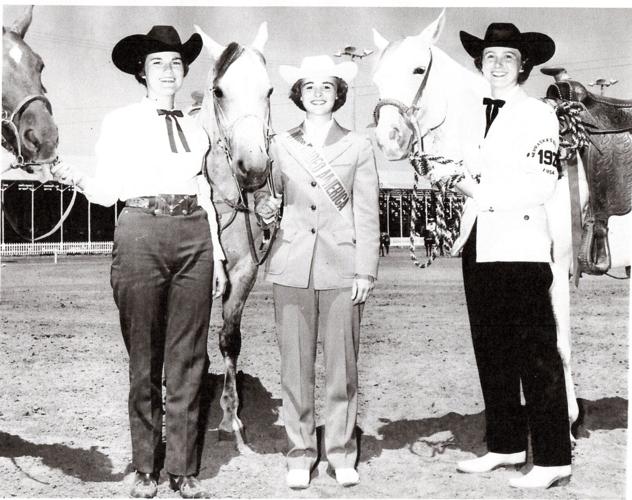