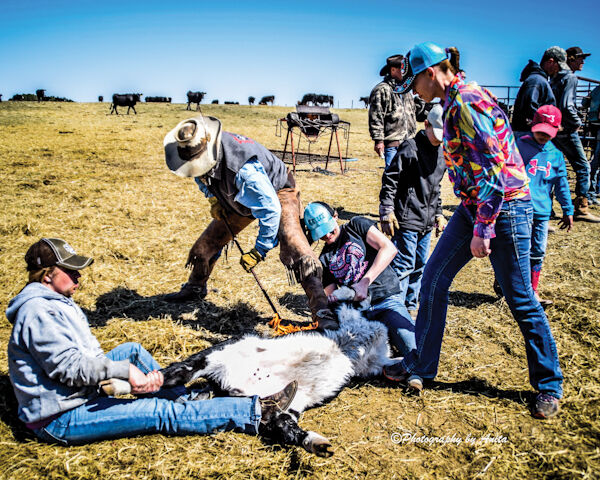 A branding crew works together on a calf. Because of the coronavirus, Dr. Joleen Falkenburg suggests that kids who aren’t working at the branding should stay home, to slow the spread of the virus. 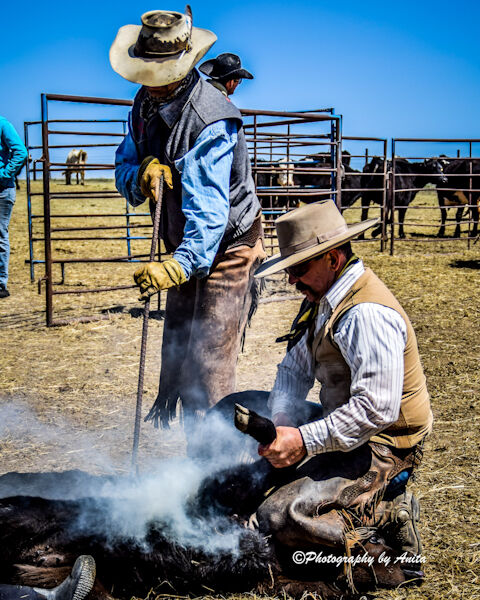 Brandings across the country may look a little different this year, due to COVID-19. Guidelines have been released, suggesting that crews should be limited and brandings should be “strictly business.” 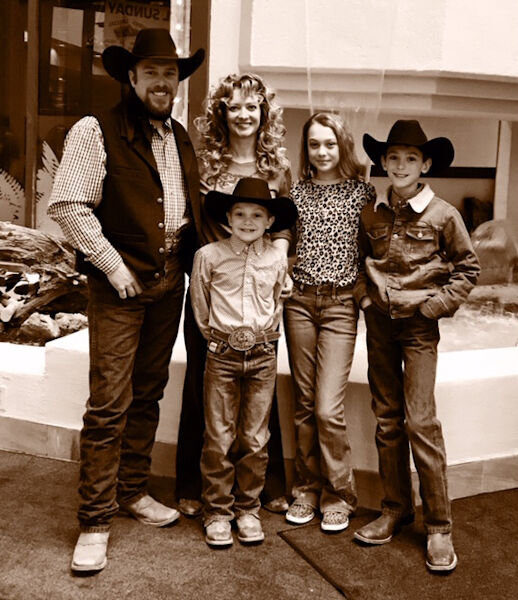 A branding crew works together on a calf. Because of the coronavirus, Dr. Joleen Falkenburg suggests that kids who aren’t working at the branding should stay home, to slow the spread of the virus.

Brandings across the country may look a little different this year, due to COVID-19. Guidelines have been released, suggesting that crews should be limited and brandings should be “strictly business.”

One of the time-honored traditions in ranch country might have to be modified this year.

Brandings and shearings should look a little different this year, thanks to the COVID-19 virus.

Dr. Joleen Falkenburg, a medical doctor in Lusk, Wyoming, and a rancher alongside her husband, Bryan Lange, in Harrison, Nebraska, has some suggestions for brandings and shearings this year.

Social gatherings encourage the spread of the virus, and there are ways to limit the germs, she said.

The biggest one is to have the smallest branding crew possible.

“Try to use an essential crew,” she said.

Brandings sometimes turn into a big party instead of work, she said. Fewer people around lowers the risk for the virus to spread.

An acquaintance of Falkenburg asked her opinion on hosting hunting buddies from the east coast who come to watch brandings. She told him, “absolutely not.” Out-of-state guests could bring the virus to the area.

“This virus will go through no matter what but if you bring in (out of state people), it will explode,” she said.

Falkenburg has seen suggestions of branding crews using a calf table instead of roping and dragging calves. She’s not sure a calf table is a better option than rope and drag, mainly because the calf table requires closer proximity between the people working around it. One advantage to the table, however, is that it requires fewer people to help.

Nordforks have also been suggested for use. The devices that stabilize a calf’s head as it’s held can decrease the number of people needed for help. Falkenburg said the smaller crew number is good but Nordforks can sometimes be hard on calves and horses, if not used properly.

Older people and those with underlying health problems shouldn’t attend brandings, and neither should kids who aren’t helping.

“If they’re hanging out and playing together, they serve as a good vector to spread it around. They certainly spread germs,” Falkenburg said.

Food is another important part of brandings, and often is a point of pride for how well the help is fed. But it can also play a part in spreading the virus.

It would be best if no branding meal was served and once the work was done, everyone would go home, according to Falkenburg. But the second best choice is sack lunches for the help, which they would take home to eat.

If the rancher insists on serving a meal, several things can be done to slow the spread of COVID-19. There should be no one going through the “food line.” One person fills the plates for every guest, wearing gloves, and hands them their plates. This prevents everyone from touching the serving utensils.

People should sit at least 6 feet apart, and outside, if possible. Sitting inside in the shop or another room isn’t a good idea.

As for drinks, one person should could serve the beer or pop, wearing gloves.

And for those who chew tobacco, branding day is a good day to stop, unless they want to swallow it. The virus spreads through saliva, Falkenburg said, and spitting on the ground or in a cup or bottle is a “great way to spread it.”

Shaking hands should also be verboten, she said.

We’ve done well to slow the spread, she said, including ag people, who are consequence-driven. “That was our goal,” she said. “We didn’t want to have a huge wildfire all at once and burn down our medical system” as people needed care.

Rural residents might be more likely to ignore the guidelines, just because it’s part of their make-up, Falkenburg said.

“They are a tenacious, determined group and they want to get their work done, so they tend to work even if they feel ill,” she said, adding that with COVID going around, you shouldn’t wait until you have a fever to be cautious. “If you feel achy or yucky, stay home.”

She stresses that any helpers invited to branding should be within the rancher’s social and geographical circles. Some state and tribal regulations that make it criminal for groups of more than 10 to gather.

Branding guidelines won’t be welcomed, but they’re necessary, she said, adding it’s best to get the work done and go home.

“This will pass and we will all get together this summer. We haven’t paid much attention to (the virus) because we’ve been calving,” she said. “Now the biggest parties of the year have come around and we have to do our part.”