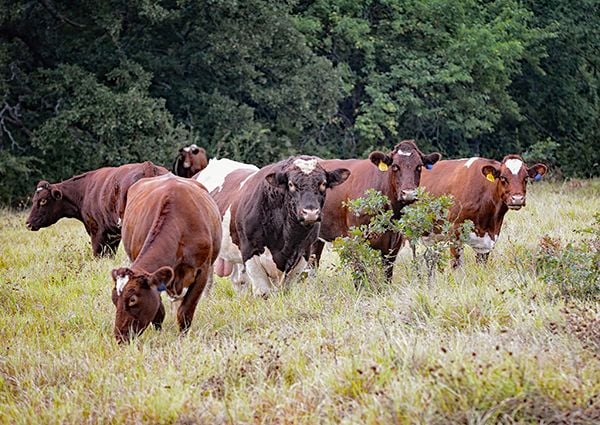 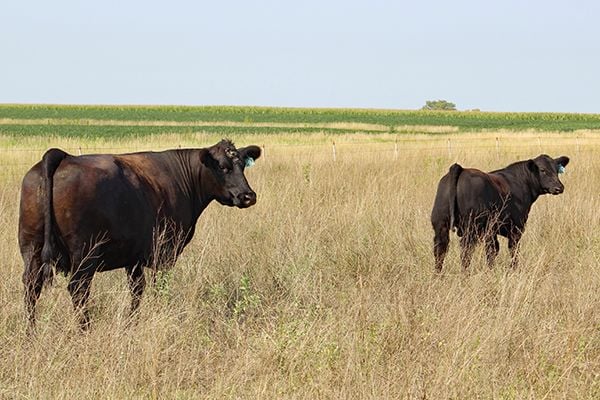 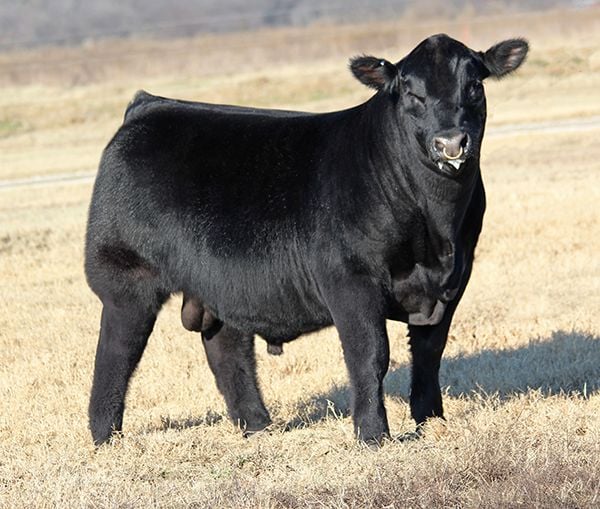 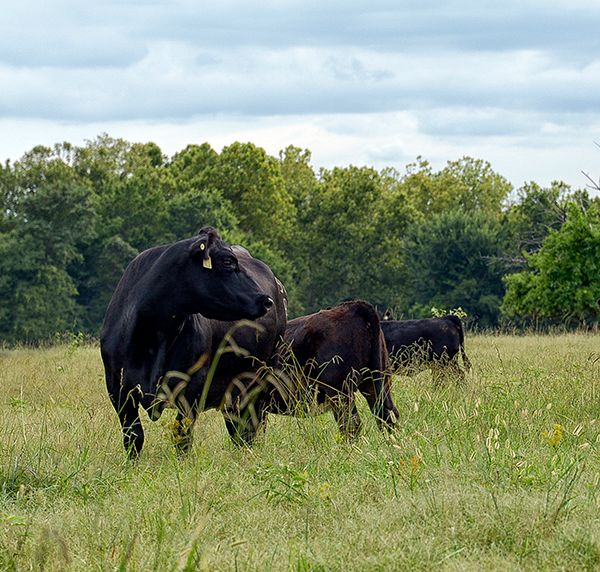 The Maine-Anjou breed of cattle has a long history in France.

They originated in the northwestern part of France, in an area with both grassland and tillable land. In the early 1800s, the cattle in this region were large, well-muscled animals with light red coats spotted with white. They were known as the Mancelle breed.

In 1839, the Count de Falloux, a landowner, imported Durham cattle from England and crossed them with the Mancelle. The cross was very successful, and by 1850, Durham-Mancelle cattle were winning championships at French agricultural fairs. In 1889, the name was changed to Maine-Anjou, after the names of the Maine and Anjou River valleys, in the area where the cattle were raised.

The breed came to Canada in 1969 and was introduced into the United States through artificial insemination.

Maine-Anjous can be found across the nation but Iowa, South Dakota and Oklahoma have the highest number of them.

The Maine-Anjou Association has approximately 2,000 members, with the average herd size about 25 head.

Wayne and Barb Ohlrichs have raised Maine-Anjou cross since the mid-1990s and have been Maine-Anjou Association members for the last 20 years. The Norfolk, Neb., producers love the advantage the continental breed brings to their Angus and Chianina blood.

“They’re moderate in size but not too small,” Barb said. “They’re easy fleshing cattle, and cattle that have some look to them. They’re easy on the eye to look at. Ranchers like to look at their cattle.”

The Ohlrichs like using the Maine-Anjou breed as a composite for hybrid vigor, with one of those reasons being they gain weight easily — they gain on forage and can be fed in moderation.

“They have good mothering ability, and the calves get right up and suck,” Barb explained. “When they hit the ground, they’re ready to go.”

They also have an even temperament.

“They’re easy to handle, not flighty or wild,” she said. “Wild cattle don’t gain as well. They’re not fun to put up with.”

Blake Nelson, executive vice-president of the American Maine-Anjou Association, said the strengths the breed focuses on are the increase in red meat yield, as well as the breed’s docility, feed efficiency, and the ability to keep the hide black.

Maine-Anjou cattle are often used as show cattle, which can be used to discredit the breed, Nelson said.

“We’re living down the stigma as being just a show cattle breed that’s bred for hair,” Nelson said. “There’s a lot more to the breed than that.”

Barb concurred, explaining that the breed has gotten a bad rap because of the show cattle association.

“We can still raise cattle with a lot of look and not give up performance,” she explained.

The American Maine-Anjou Association has a performance bull test, the Maine Max program.

Held in Wamego, Kan., producers’ bulls are brought in during the fall and put on feed, to be sold the following March. The association focuses on three things during the program.

“Ultimately, as a breeder, you want to see how your genetics measure up with other Maine-Anjou cattle in the U.S.,” Nelson said. “That’s one of the things we look at.”

Secondly, the association measures rate of gain for the cattle, collecting performance data, and thirdly, Nelson said the data gives breeders an opportunity to market their bulls at their annual production sale, giving them a marketing tool. An online sale is available for bulls that have gone through the Maine Max program, if the owner chooses. That works well for small producers who don’t have enough head to justify an annual sale, Nelson said.

About 45 bulls per year, from about 15 producers, take part in the Maine Max Bull Test program.

Another segment of the Maine Max program is the steer feed out, which was held in 2016 and 2017. It’s an opportunity for breeders to send steer calves to feedlots, one in the Midwest and one in the High Plains. Data is kept on how the animals gain and how they harvest, and the association makes that data available to its members.

About 250 head have participated each year of the program.

One of the strengths of the association is its youth program. Maine-Anjou are well-suited to youth, because of their disposition and other traits, and the association has about 1,600 junior members each year. Junior members don’t have to show and don’t even have to own a cow. There are other opportunities for them in the junior association including speech, salesmanship and quiz bowl contests and livestock judging.

“We try to provide an opportunity,” Nelson said. “If they want to be involved or interested, we want to try to help in any way we can.”

The Maine-Anjou Junior National Show has been voted several times as one of the most fun junior nationals in the country.

For all of these many qualities, the Ohlrichs believe strongly in the breed.