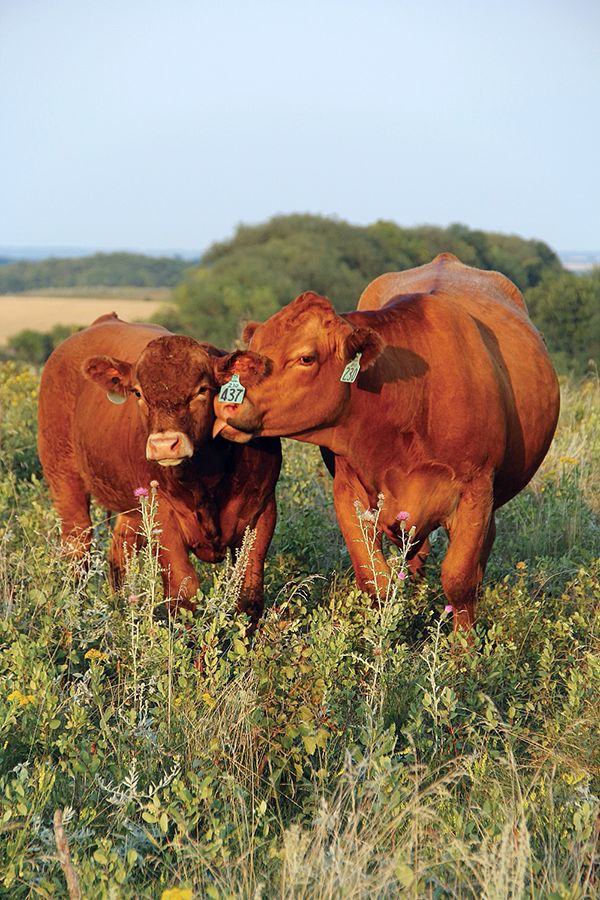 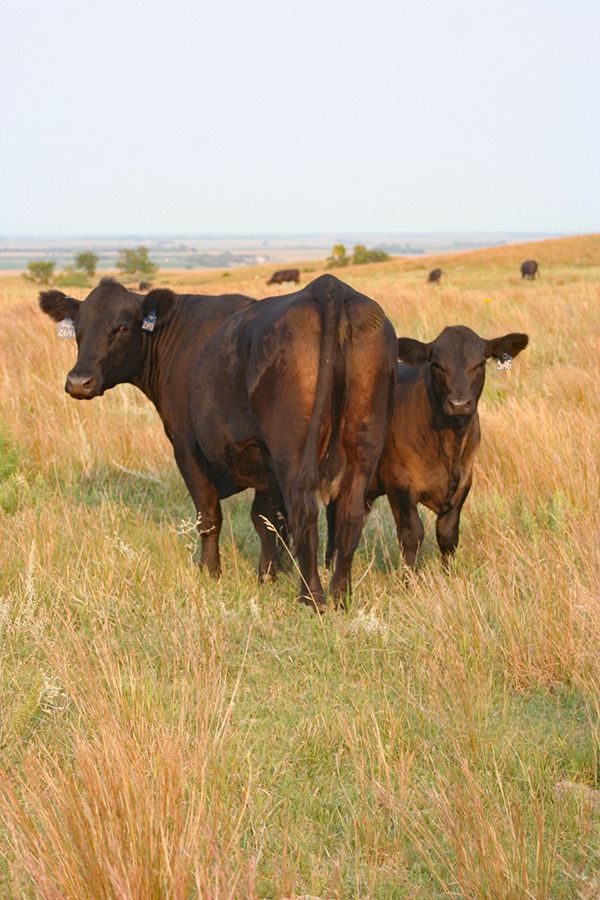 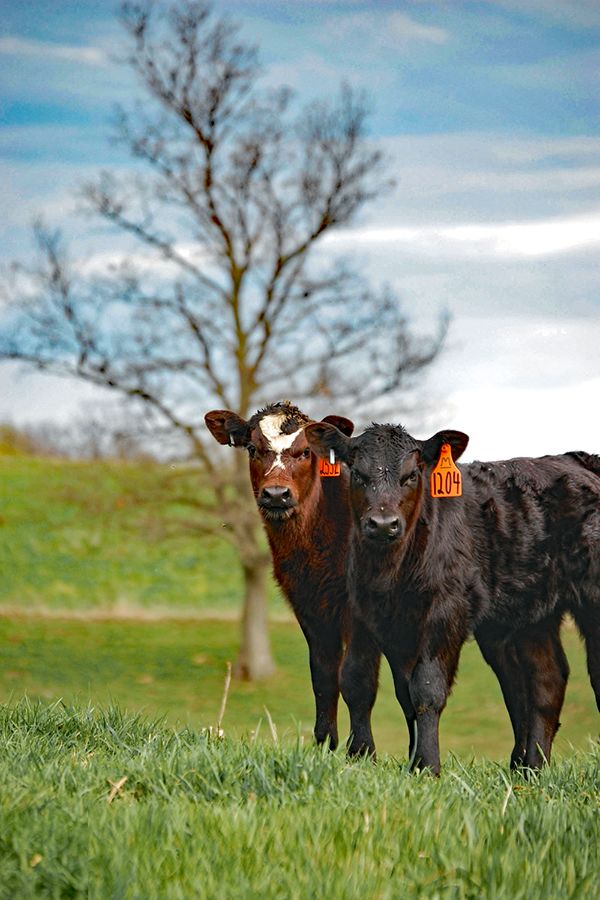 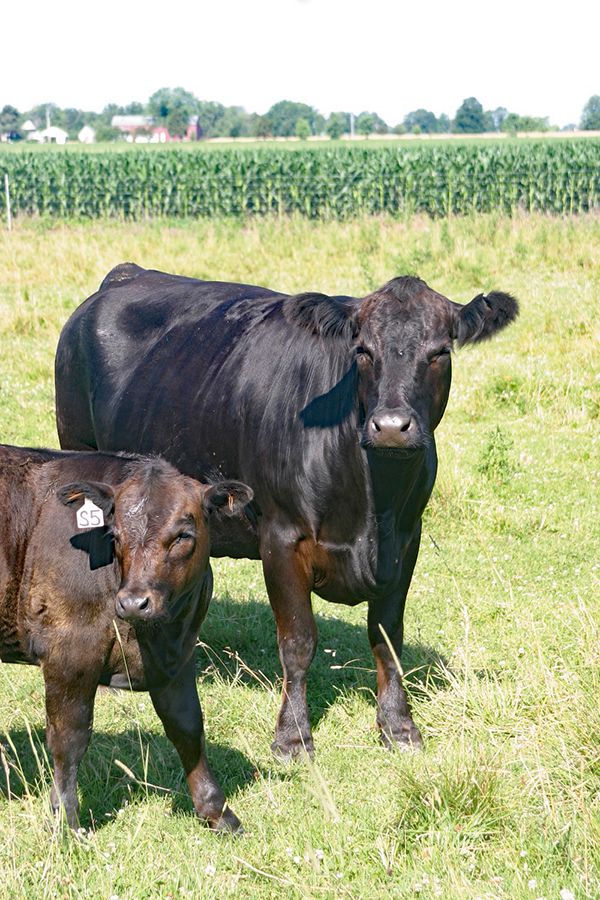 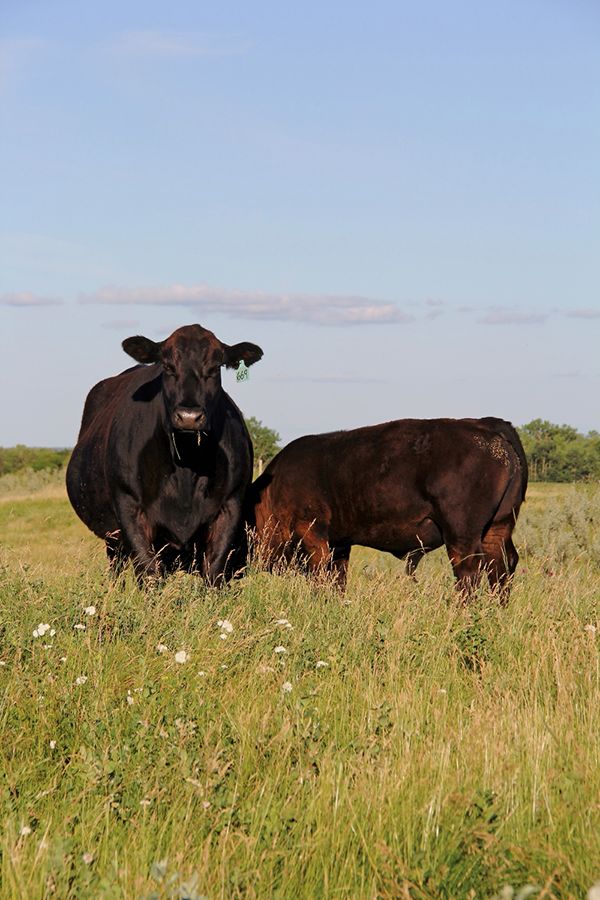 The Simmental breed has been around since the time of castle building, lords and ladies, serfs and peasants. Early records of the breed document them in the Middle Ages, a result of a cross between large German cattle and a smaller breed from Switzerland.

The name comes from the Simme Valley, situated in Berner Oberland, an area south of the Swiss capital of Bern. The word “tal” or “thal” means “valley” in German, thus the name Simmental.

The Simmental designation refers to several breeds in Europe. It is given specifically to the breed in Switzerland. In Germany and Austria, the breed is known as the Fleckvieh, and in France, it is known by the name Pie Rouge.

The breed was first in demand for three traits: milk, meat, and as draft animals. The need for draft animals has lessened, but muscularity and high milk production are still important traits of the Simmental.

Simmentals first arrived in the U.S. in Texas in 1886, in Illinois a year later, and in New Jersey and New York in 1895. But the breed quietly died out until they were reintroduced in the late 1960s.

In 1967, a famed Simmental bull from France was purchased by a Canadian. That year, semen was introduced into the U.S., and the first half-blood Simmental calf was born in Montana in February of 1968. They brought to U.S. herds one of their strongest traits — a large frame and weaning size.

According to Steve Gleason, a member of the American Simmental Association and a producer in Maple Hill, Kan., within a generation of the introduction of Simmentals, weaning weights for Simmental-cross cattle jumped 100 pounds or more.

On Gleason’s operation on the east side of the Flint Hills, Simmentals are crossed with Angus, which produces the best advantages of both Simmental and Angus.

“You get the weight, the maternal instinct, milk, and the reproductive efficiency (of both),” he said. “We get all the best traits of both breeds.”

In grade school, Gleason was intrigued with AI cows. After college, he started crossing Simmentals with Angus.

“We were making the SimAngus cross in the 1980s when everybody else wanted to be purebred,” he said. “We saw the advantage of it and have always done it.”

The Gleasons, including his wife Mary and their sons Jake and Ben (Sam, Joe and daughter Becky help when they can), feed out their calves and have “phenomenal close-out data,” Gleason said. The feedyard data he receives is compared to the Certified Angus Beef calves in the same yard.

One drawback to the Simmental breed was their size, but that has been moderated.

“Years ago, the mature size was too big,” Gleason said. “When I first got into Simmentals, weaning weights were the driving selection. We were weaning 900, 1,000 pound calves and relying on an 1,800-pound cow to do it.”

But that was 25 years ago, he added, and the size has moderated. As for the cows, their size “has become more moderate than some of the mainstream Angus cows,” Gleason said.

The breed adapts well to virtually any climate and situation and is found across the world. The Gleasons have sold Simmental bulls to nearly every state in the nation, with about 80 percent being sold to producers in Kansas, Missouri, Oklahoma, Arkansas and Louisiana.

Simmentals in Europe are usually gold, red or white, with colors evenly distributed. The head is white, with a white band appearing over the shoulder. In the U.S., Simmentals are predominantly black or red, often with a blaze face.

Gleason, who has both Simmental and Angus bulls in his four bull pens, can pick them out.

“The Simmental cattle usually have a bigger ear than Angus cattle do,” he said. “And they have more hair.”

The ASA is a strong association, Gleason said.

“It has done a great job of helping somebody like me, to help our customers,” he added.

The ASA compiles scientific performance data, enabling its members to make good decisions. The ASA “realizes that cross-bred commercial cattle are very profitable,” Gleason said. “Rather than sitting back and saying that cattle should be bred to Simmental and nothing else, they’ve got the data” that compares cross breeding with other breeds, in addition to Simmental.

There are estimated to be between 40 and 60 million Simmental cattle across the world, with more than half of them in Europe.

Simmentals are second in number, to Brahman, among all breeds worldwide.

About 1.5 to 3 million cows in commercial herds that are Simmental-influenced; 120,000 registered

In care of the American Simmental Association