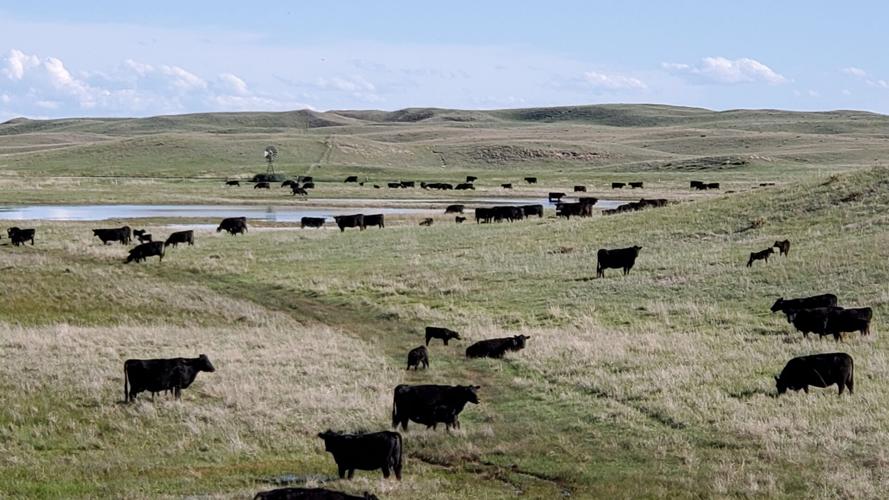 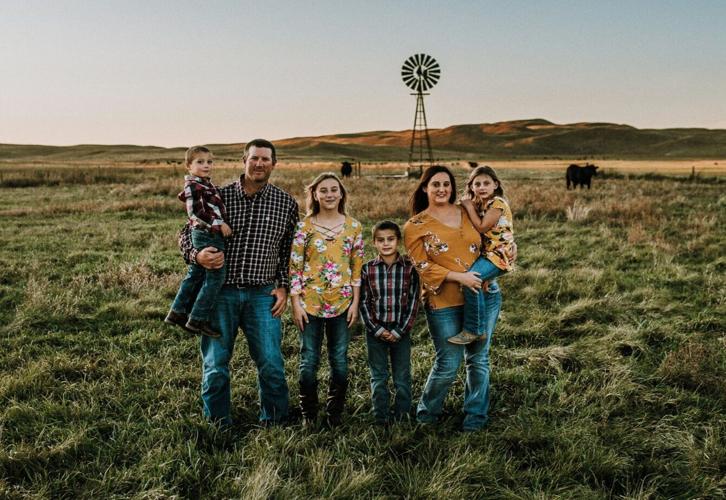 When Nebraska rancher Josh Freiberger traveled to New Zealand a decade ago he saw something in their beef cattle that was missing in U.S. breeds.

“They were the most structurally sound cattle that I’ve seen in my life,” said Freiberger, who runs the Hague Angus Ranch near Alliance, Nebraska.

He imported semen and embryos in partnership with an Angus operation there, and they’ve become part of the unique gene pool that makes up Hague Angus Ranch.

“It was a no brainer that this country was in need to an outcross,” Freiberger said.

It was his goal to create cattle that can forage on lesser quality feed and still create a choice product. The herd thrives on forage. They’re raised on pasture year-round. It’s the kind of low-input operation that commercial cow-calf producers require.

Freiberger lets the environment be the deciding factor of whether or not an animal is cut out for his operation. He doesn’t rely on computer algorithms.

He selects for the “hidden values,” he said. It’s things like feet, bones and longevity – rather than pounds – that pay off in the long run. When a producer isn’t doctoring foot rot and spending money on vet bills, he said, that’s money back in their pockets.

His customers appreciate the longevity of the bulls from Hague Angus. Freiberger has 7 and 8-year-old bulls and older that are still breeding.

Maternally, the cows have very good mothering ability. Customers are also happy with performance such as weaning weights. But Hague Angus never selects for just a few traits.

“We believe that the well-roundedness and overall balance of the animal is key,” Freiberger said.

Freiberger’s family has been ranching in western Nebraska for generations. It started with his great-great-grandfather raising Herefords and starting the Mule Shoe Bar Ranch southeast of Alliance. The Hereford tradition continued through the 1960s and 70s. It was when Freiberger’s dad took over in the mid-1980s the first Angus bull was brought in.

“We haven’t turned out back since,” Freiberger said.

His dad pushed back calving dates to late March and started feeding cows on the range. He focused on building a low-input herd by knocking out some frame and adding efficiency. Freiberger picked up from there. He continued with the low-input grass-fed genetics and maintained the body type his dad had proven to work.

The family acquired the land where Freiberger runs his cattle in the 1920s. He began Hague Angus Ranch LLC, named for the original homesteader, when he bought the operation’s first registered females in 2011.

“Papers never changed the way we run them,” he said.

Today, his brother Justin, runs a commercial cow-calf operation. The brothers’ cows run side by side, and Josh can see how his genetics are holding up on the other side of the operation.

It’s a family endeavor through and through. Freiberger is quick to credit his wife, Josie, with keeping the business and the household functioning smoothly. Their four kids pitch in as well.

“Family is a huge part of this operation. We all work this place together,” Freiberger said.

Hague Angus Ranch will have its fourth annual production bull sale in early December. Ahead of that, any and all are invited to an open house the first Saturday in October when all of the Hague Ranch cattle will be on showcase at the ranch.

Kara Brirchacek will be sharing about her life on and off the farm over the next year as a Producer Progress Reporter for the Midwest Messenger. Her reports will appear biweekly starting this week.

Over 100 years and five generations of hard work, grit and determination for raising superior Angus cattle earned the Sawyer family of A &…

It’s all in the family at Babcock Angus Ranch near Long Pine, Nebraska, as a brother and sister work diligently alongside their dad propelling…