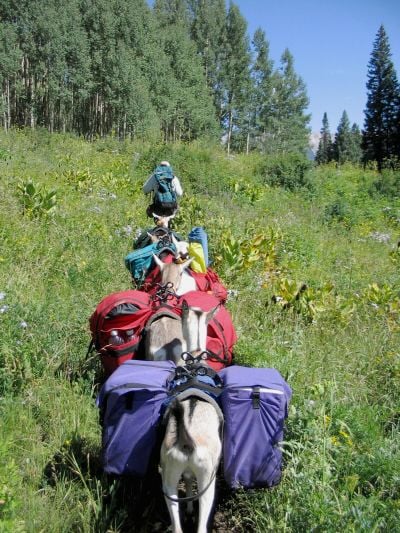 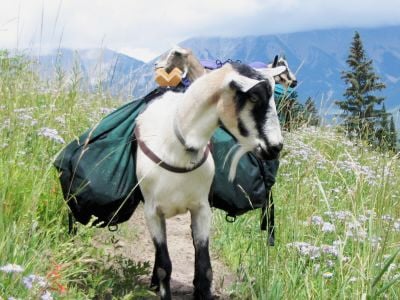 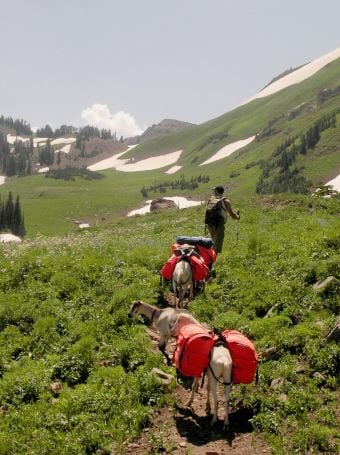 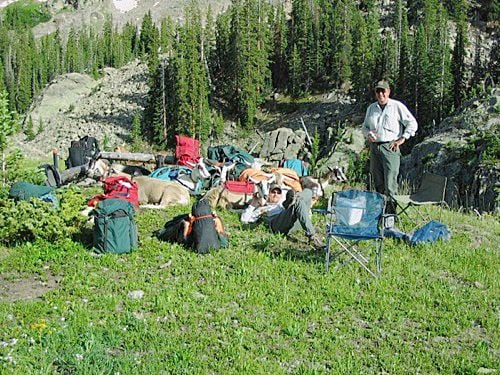 Hunting deep in America’s backcountry often means a long trip into the great outdoors. It also means a lot of stuff to carry.

While someone may be tempted to immediately think of horses or mules to help carry a load for miles in the wilderness, goats are another lower-cost, lesser maintenance animal that might just do the trick. Based in Tekamah, Neb., Summit Pack Goat owners Scott Herbolsheimer and Pat Maline have been dedicated to providing quality pack goats to their customers for the past 20 years.

“We first got into the business of raising goats back in 1998 because we’re elk hunters,” Herbolsheimer said. “We were looking for a good way to hunt deep in the backcountry without having to use an outfitter and all the things we’d need to take to use horses as our pack animals. Pat and I also wanted less risk than you would have by using horses in the backcountry.”

Maline is a practicing veterinarian in Oakland, Neb. The inspiration for trying goats as pack animals came around thanks to one of Maline’s veterinary classmates, an avid elk hunter who was working in Montana.

“He mentioned to Pat and me that they had guys up in Montana who were using pack goats up in the backcountry while they went elk hunting,” Herbolsheimer said, adding with a laugh, “That where we first got started, back in the days of AOL dial-up internet. I spent a lot of evenings doing research on that dial-up internet and looking for pack goats.

“The very next day, I went into the local grocery store and talked to a gal who was working for me. She told me that their goats had just given birth to two babies the previous night, but they were unhappy that both were males. She looked at me like I was crazy when I said, ‘I’ll take them.’ That’s how we landed our first two goats.”

The two friends spent a lot of time looking for goats in the first few years of their business efforts. Those early years were frustrating because they couldn’t find many goats with the right temperaments to be good pack animals. There was a time when one of every three or four goats they purchased would turn into a solid pack goat.

“That’s why we started accumulating our own does,” he added. “It gave us a little more control over the types of animals we were getting.

“We predominantly use dairy goat breeds for our pack animals. Others in the industry have ventured into trying the meat breeds but we haven’t ventured that direction yet. One of those meat breeds is called a Kiko, and we’re looking at getting a Kiko buck in the fall and introducing some of those traits into the herd.”

Their regular breeds include Saanen, Sable Saanen, Alpine, as well as Toggenburgs, which were the first few goats he ever owned.

Herbolsheimer said bonding with humans is by far the most important part of raising good packing goats, because after a couple of days with their mother, the kids are raised on bottle feeding.

“Goats are growing for the first four years of their lives,” he said, “so their maximum utility as pack goats doesn’t come around ‘til they’re four years old. While they grow, those bones are really soft. You don’t want to overwhelm them and affect their bone growth before then.

“We start training them around 2.5 years old to see if they’re going to be good pack animals. We use really light loads at that age. When we first take them out into the country, we like to bring along some older goats that are proven to be solid pack animals. Goats have a herd mentality, so they’re very comfortable in following another goat’s example.”

Herbolsheimer said pack goats can carry supplies as high as 11,200 feet up. Some of the particular supplies that goats can carry include an ultra-light teepee, a collapsible wood stove, kitchen supplies, and sleeping bags, pads, or air mattresses.

They sell the goats to customers from all over the country. The majority of their customers are bow hunters from states like Minnesota, Idaho, Oregon, Nevada, Arizona, West Virginia, Utah, Washington, Colorado, and Wyoming. The best pack animals are marketed on their website at www.summitpackgoat.com.

Looking for:Farm ground to rent near the Wausa or surrounding