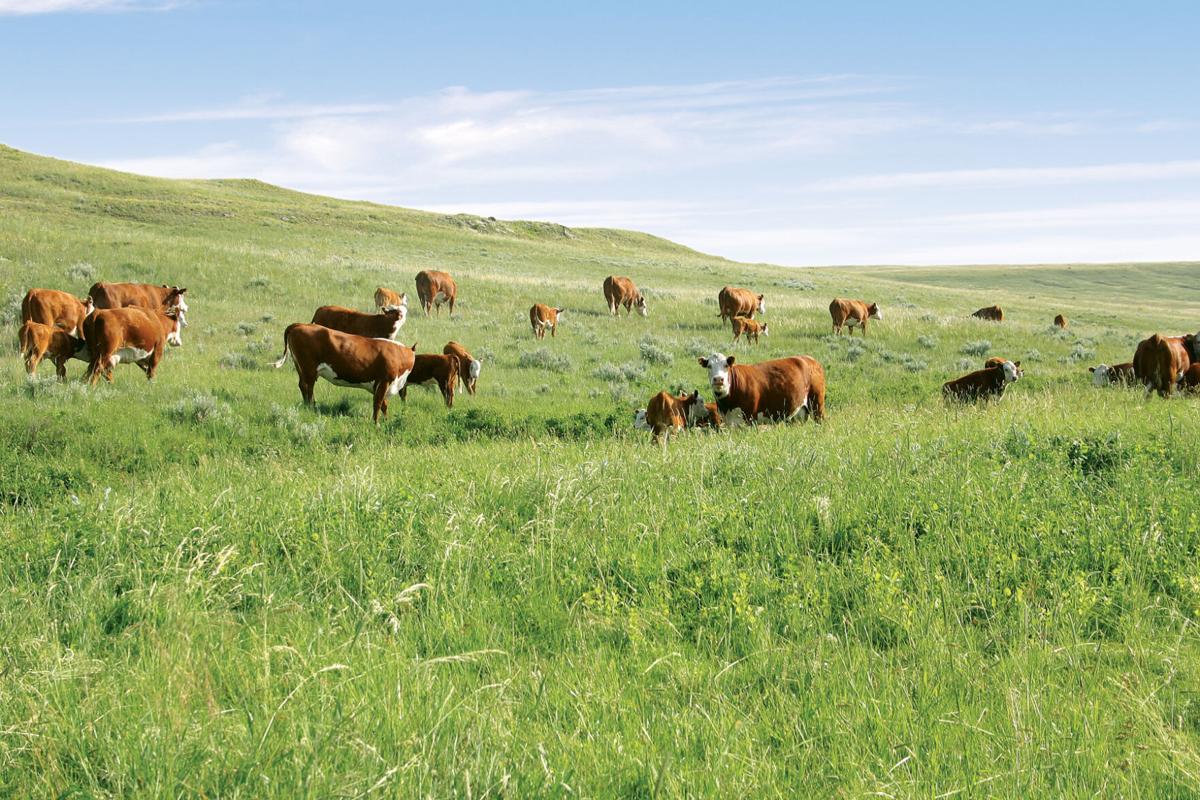 Polled Herefords and their calves graze. 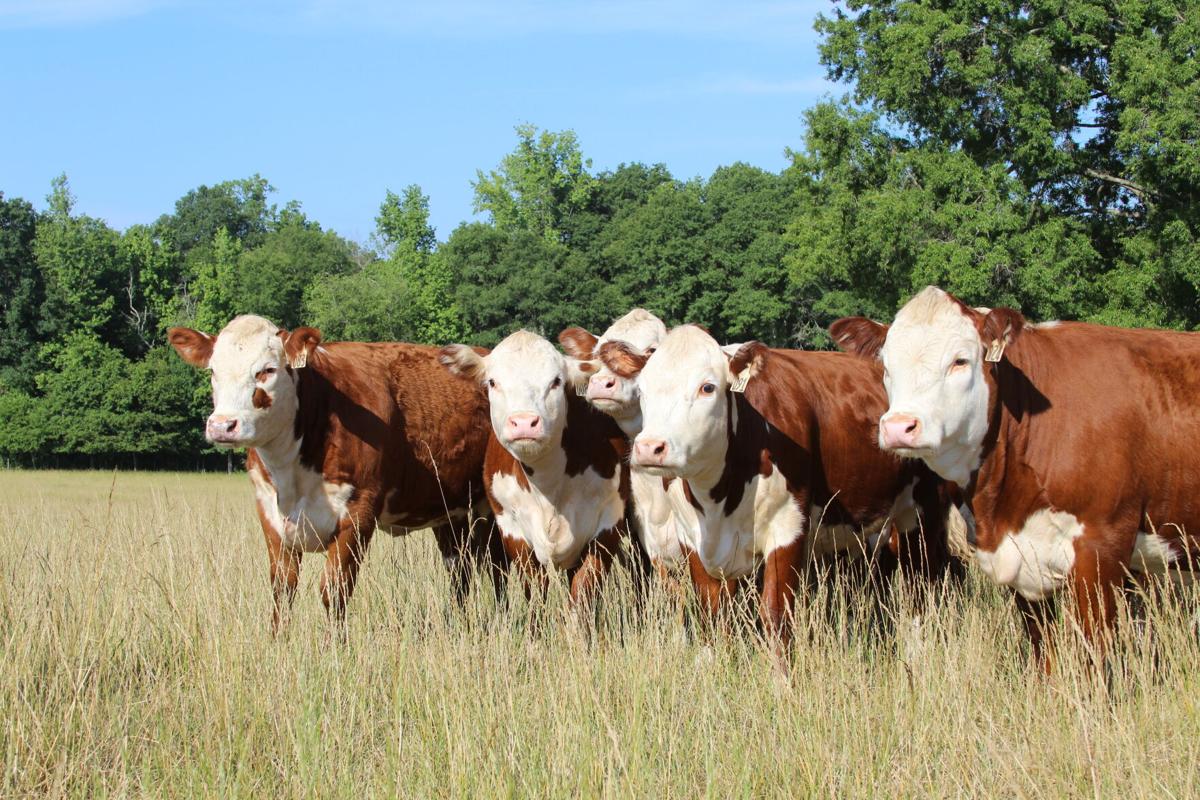 The Polled Hereford breed was developed by Iowa farmer Warren Gammon in 1898. 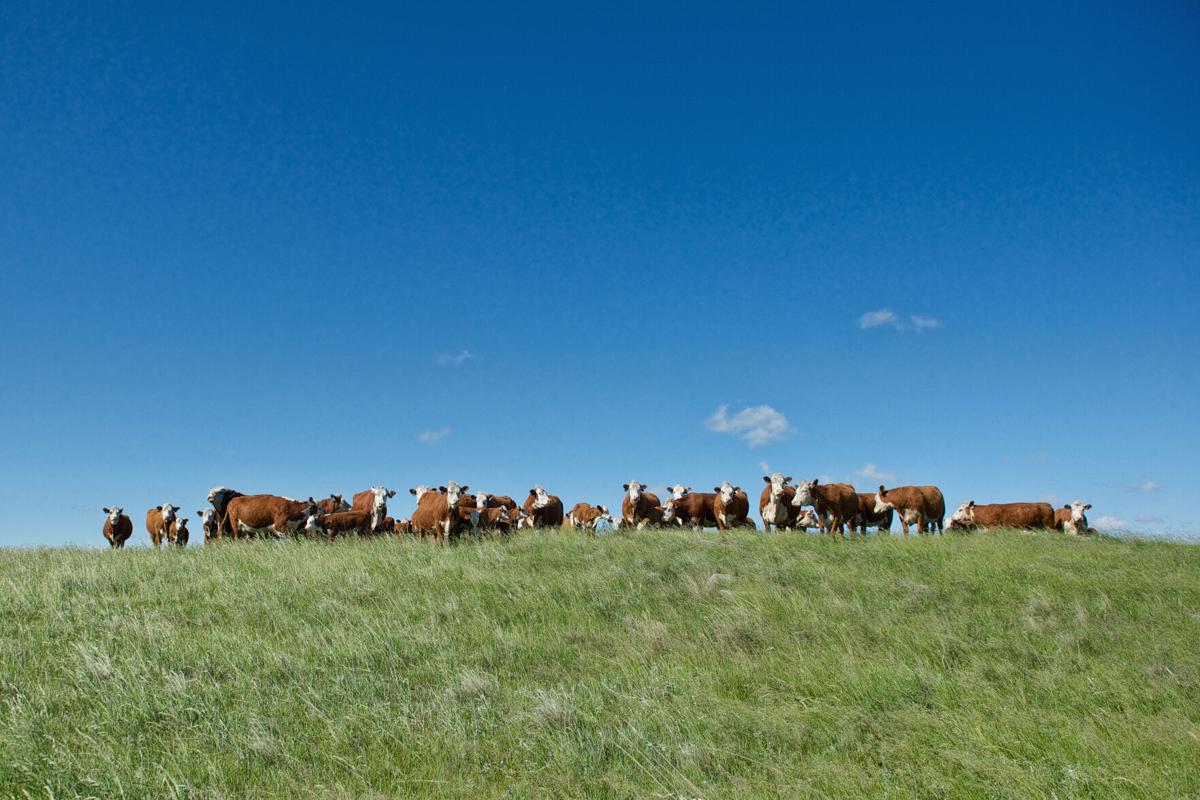 Polled Herefords stand at the top of a hill. The breed is adaptable and feed-efficient.

Polled Hereford cattle come with a jingle: “The time to dehorn is before they are born.”

The second and third generation of the McMahon family, Brian and Jill, and their son Grady and his wife Brittany, are 70-plus years into raising the breed.

It is believed the Hereford breed was founded on the draught ox descended from the small red cattle the Romans brought to Britain, and from a large Welsh breed. Herefords get their name from the county Herefordshire, where the breed began.

Herefords made their appearance in the U.S. in 1817 when Kentucky statesman Henry Clay imported a bull, a cow and a heifer. They became the predominant breed throughout the rangeland of North America.

Warren Gammon, from Des Moines, Iowa, developed the Polled Hereford breed after seeing some on exhibit at the Trans-Mississippi World Fair in Omaha in 1898.

Three years later, he established the Polled Hereford breed registry with 11 head of naturally hornless whiteface cattle he had located and purchased. They were registered in the American Hereford Association, but were not singled out due to their lack of horns. Gammon formed the American Polled Hereford Cattle Club to maintain a separate record. He served as executive secretary for the association until 1921.

For Brian and Grady McMahon, there’s a lot to love about the breed.

“Polled Herefords are easy to handle, docile, and their cost of gain is what makes them advantageous,” Brian said. “They have great feed efficiency and lower maintenance costs.”

He pointed out that the breed is very adaptable as well: “There are Polled Herefords all the way up into Canada, and they flourish in South America, too. They can survive at high altitudes and cold climates. They’re very adaptable to the climate they’re in.”

Their most visible trait, their lack of horns, compared to Herefords, makes them easier to deal with and makes for less work because they don’t have to be dehorned, Brian said.

(Polled Herefords are included in the American Hereford Association.)

(The only association devoted specifically to Polled Herefords is located in Texas.)

Interesting breed fact: The barn from the Warren and Annie Gammon farm, near St. Marys, Iowa, south of Des Moines, was restored and relocated to the Iowa State Fairgrounds in 1991. Warren and his son, Burton, developed the Polled Hereford breed with a breeding program using a red polled bull and Hereford cows. They acquired four more Hereford bulls and 10 cows, all registered Herefords and all polled, and from these animals the breed began.

“When that calf comes through the chute at weaning time, you don’t have to dehorn him,” he said.

Brian pointed out that there are areas of the country where cattle producers prefer horned Herefords, sometimes because their cattle range in places like the sagebrush areas of Texas and New Mexico where they need to protect themselves from predators, and sometimes because of tradition.

“A lot of it is sale-ability,” he said. “But you merchandise to the area that you can sell cattle to.”

The McMahons sell bulls by private treaty, and their customers are often looking for the gains brought by heterosis. Grady said 80-90% of the bulls they sell go on black cows.

“The black baldy calf is one of the most popular crosses as far as being a good mother cow, and for feed efficiency in the feedlot,” he said. “A true F1 baldy is extremely popular in the commercial industry.”

The advantage of heterosis gives the Hereford-Angus cross “a kick in the cross-breed,” Grady said. The calf will be a little heavier at weaning time and a little more feed efficient.

“There are a lot of advantages to all of that,” he said.

“From there, our breed exploded. They were two separate breeds, genetically, and we started working together as one,” he said. “We started mixing some genetics, and it moved tremendously fast towards more quality animals.”

The Certified Hereford Beef program was begun in 1995. It is a premium branded beef program that markets Hereford beef as the premium among breeds, and connects consumers with the faces that raise the breed.

Grady, who is the third generation of McMahons to raise Polled Herefords, loves the breed.

“I was born into it,” he said. “It’s our family business. It gets in your blood.

“We have a love for the Polled Hereford breed and we always will.”

Brian’s parents, Stanley and Janice, began MCM Polled Herefords in the early 1950s. Brian and his brother Craig took the reins from their parents. When Grady graduated from college in 2012, he bought out Craig’s share and began partnering with his dad. The McMahon family has been farming in the Ayr area since the late 1800s.

Insects are causing problems for alfalfa across Nebraska. Stay tuned as I describe what to look for in your fields and what to do if an issue …

The Cattlemen's Ball looked liked a pretty great time! See for yourself here:

Polled Herefords and their calves graze. 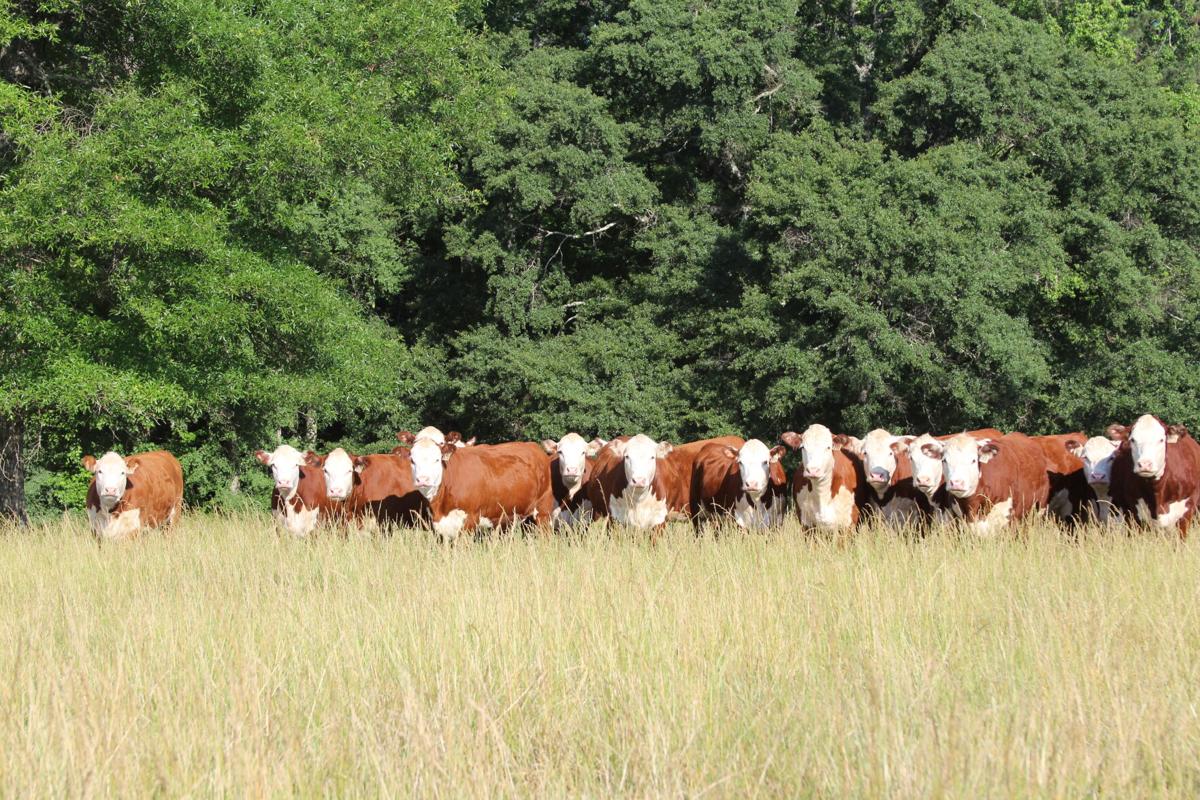 A lineup of Polled Herefords stand in front of a windbreak.

The Polled Hereford breed was developed by Iowa farmer Warren Gammon in 1898. 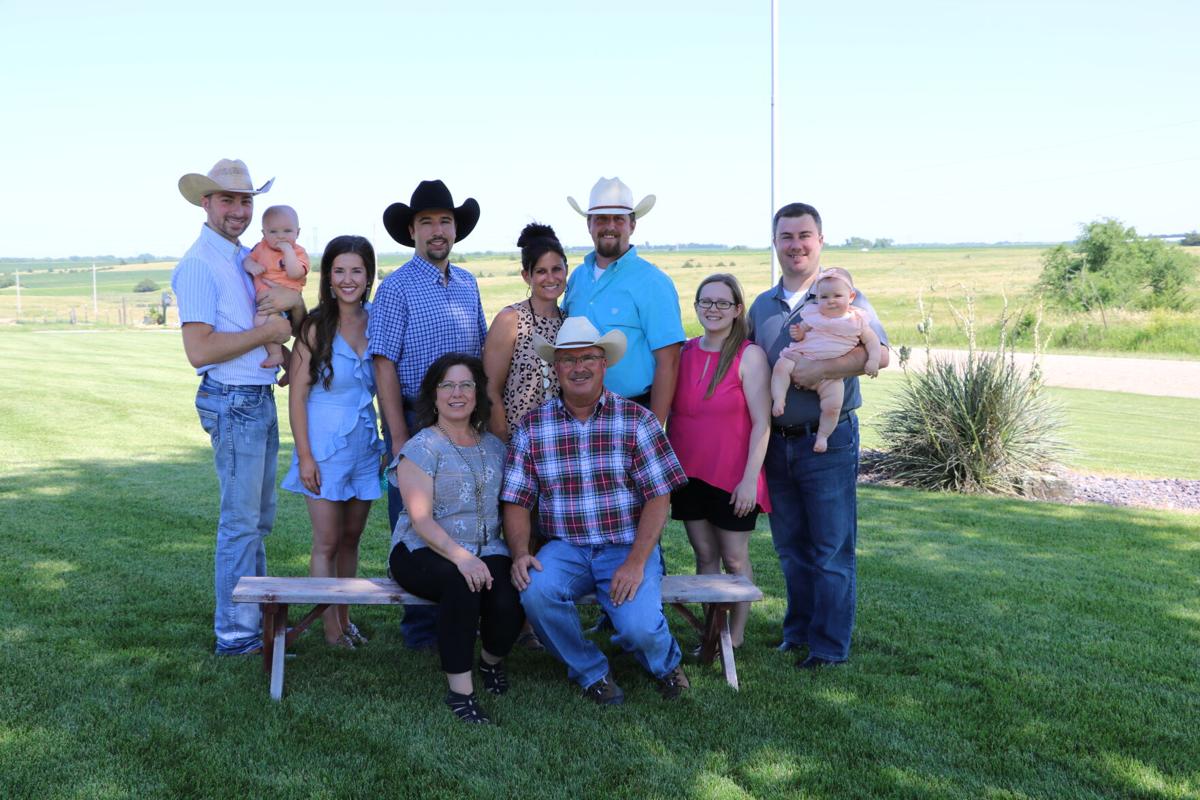 The McMahon family has been involved in the Polled Hereford business since Brian’s parents, Stanley and Janice, started over seventy years ago. 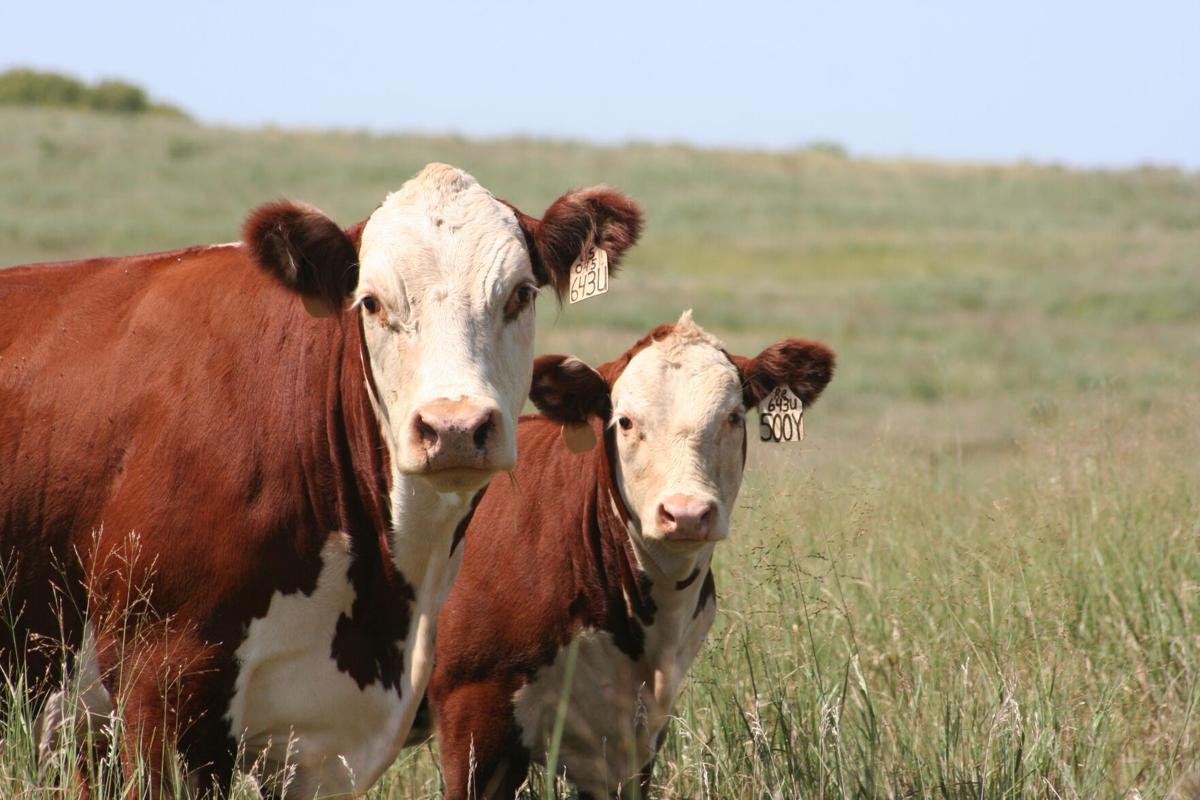 A Polled Hereford cow and calf look at the camera. Being naturally hornless makes for less work when calves are weaned.

Polled Herefords stand at the top of a hill. The breed is adaptable and feed-efficient.