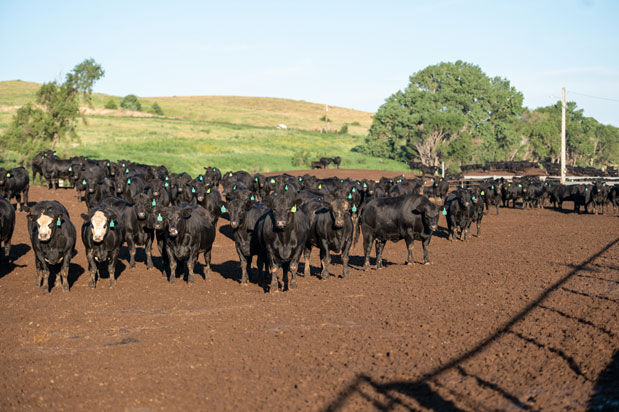 Daron Huyser credits their genetic supplier, Connealy Angus of Whitman, Nebraska, with getting them set for success at M&M Feeders. “We could see the improvement starting with the calves carried all the way through onto the carcass traits and the different premiums that we could get,” he said. They’ve improved calf vigor, disposition and mothering ability, too. 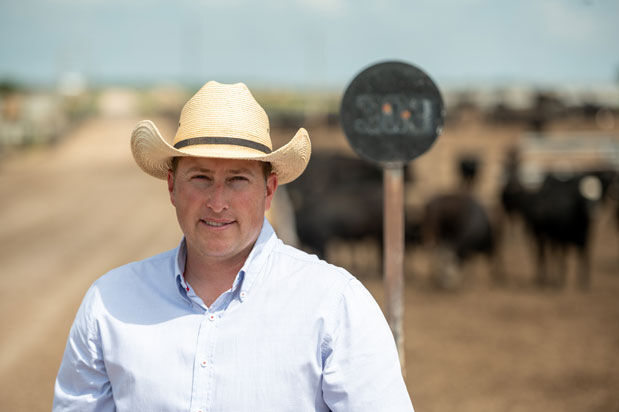 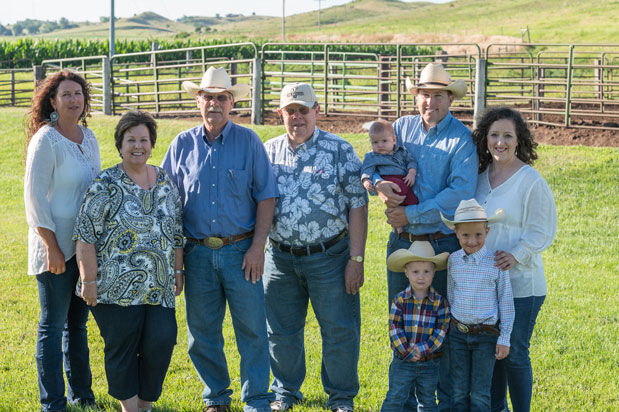 The Huyser family runs M&M Feeders in Elm Creek and Lexington, Neb. The business started by brothers Marvin and Mel Huyser and their wives Reeta and Connie now includes Mel’s son Daron and his wife Hayley with their three boys and his sister Jamie. 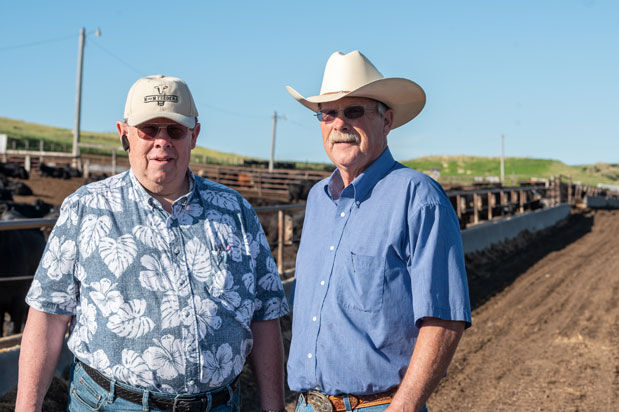 Brothers Marvin and Mel Huyser run M&M Feeders. They relocated from Idaho to Nebraska when they saw cattle production moving toward the Midwest. Mel came to Elm Creek in 1992 while Marvin managed commodity trading from Idaho. Marvin joined in 2015 when they expanded to Lexington.

For brothers Mel and Marvin Huyser that’s not just an old saying. It’s a code they live by, the way they run their cattle feeding business and how they lead their families.

“Honesty is the best business advertisement you can have,” said Mel Huyser. “We have always stuck to our guns on that. It has always paid off.”

Customers come from word-of-mouth or longtime connections. In turn, the feedyard gets more high-quality cattle and helps create more of them.

For building beneficial relationships and their drive to produce the best, M&M Feeders earned the 2020 Feedyard Commitment to Excellence Award from the Certified Angus Beef brand.

In the early 1990s, the Idaho family saw inputs and markets moving toward the middle of the U.S., so one branch decided to do the same. Mel and Connie relocated to Elm Creek, Nebraska in 1992, while Marvin and Reeta stayed put.

“We could see the cattle industry was changing,” Mel said. “The packers were out here and the corn was out here and it was a good move for us.”

It took patience and prayer, and a big dose of faith.

“We’ve been blessed that we’ve been given this area, and this facility, and blessed with my kids because they love the business.”

Daron went off to college to study animal science, Marvin managed commodity trading from Idaho and Mel ran the feedyard. They wanted to expand, but the right opportunity was just out of reach – until 2015.

“It was like getting that winning lottery ticket,” Daron said. “You have the opportunity to do what you want to do, to come back, be large enough to establish and carry a family, take care of customers. I thought, ‘Let's jump in with both feet and go.’”

They purchased the yard at Lexington, where Daron now manages operations with his dad. Nearby Daron and wife Hayley raise their three boys. His sister, Jamie, tackles the daily tasks at Elm Creek.

“It’s somebody in the family feeding the cattle, taking care of the cattle day to day,” Daron said. “We don't have to sit and look off a computer and tell you exactly whose cattle they are. We have relationships; we talk with the people weekly.”

In almost no time, they had the 6,500-head second location full of customer cattle and their own.

A friend at the local café nudged Daron to apply for the Young Farmers and Ranchers loan that kick-started the herd. But he credits their genetic supplier, Connealy Angus in Whitman, Nebraska, with getting them set for success.

“They helped us see the value of genetics,” Daron said. “We could see the improvement starting with the calves carried all the way through onto the carcass traits and the different premiums that we could get.”

The Huysers artificially inseminate the entire herd, calve early and hit the April market with 14-month-old finished cattle. Most go right up the road to Tyson, where they’ll often bring $5 to $10 above the market and reach 60% Certified Angus Beef acceptance, not counting another 10% to 15% Prime. Trying to hit that earlier market, they sell “a little green,” Daron said, noting 10% yield grade 4s.

“Certified Angus Beef has been a way that we can add more value to our carcass,” he said, while also securing demand by meeting consumers’ needs.

Having “skin in the game” helps them share what’s worked in their herd, along with the carcass and performance data. It’s helped them narrow their purchasing orders, too, transitioning from unknown genetics to those with more reliability.

“We’ve seen the value of buying cattle off of one ranch or off of a bigger group of cattle from people who are really invested and improving their genetics,” he said. Verifications programs like AngusLink show which cattlemen are probably already doing all the little things that add up.

Knowing the cattle’s history gives them confidence, but with capital invested at each turn, it still takes more than a little faith.

“We prayed that if it was God’s will, that the doors would open, and they did open,” Marvin said. “And the biggest thing was when they did open, to have the faith to walk through the door and keep going.”