The Nebraska seed industry lost one of its most tenured members with the passing of Ed Robinson Oct. 15.

The former president of the J.C. Robinson Seed Co. led the family-owned business for 55 years and made a lot of contributions to the industry he loved.

“I remember him fishing at his favorite spot in Mexico last January,” Robinson recalled. “He was clear-minded all the way up ‘til the end.

“My dad was a big fan of Rudyard Kipling, and about six weeks before his death, he perfectly recited about 10 minutes worth of the poem ‘Gunga Din.’ It was pretty amazing.”

“He was young at the time, but he knew that we grew pollinated corn varieties as well as vegetables,” Robinson said. “We could grow anything on a vine because the Platte and Elkhorn River valleys were suited for that kind of agriculture with their sandy soils. That was in the years before fruit and vegetable production picked up and moved to the irrigated regions of California.”

Robinson was also the chairman of the American Seed Trade Association’s Corn and Sorghum Division. He was on the U.S. Grains Council.

“He was quite involved in the industry,” his son said.

The company achieved some remarkable growth thanks to Ed’s leadership. At the peak of the J.C. Robinson Seed Co. and their Golden Harvest Brand Seeds, the company had the third-highest share of the United States’ corn market, behind only DeKalb and Pioneer brands.

While the company had a lot of success under Ed’s leadership, Rob’s brother, Doug, loves to share an interesting story about their dad that paints a picture of him away from work. The story starts during a large flood that took place in Waterloo, Nebraska, in 1944.

“Every house in town was underwater,” Doug recalled. “I recently received a picture showing Ed in the middle of the flood grasping the Waterloo city sign that says, ‘population 340.’ His hand is over the three and four, so the sign said, ‘Waterloo 0.’ It was just his personality.

“Ed was an amazing storyteller, and I remember that one,” he added. “He ran around town in a boat helping people. As the water came in, people moved onto their roofs, so Ed took his boat, helped them down, and took them to dry land.”

Ed Robinson had a great love for the land and the people he served, traits he instilled in both his sons. Rob said his dad cared deeply about the success of his customers and spent a lot of time meeting both customers and seed dealers. Ed also met with prospective customers to understand how they perceived his business, what they thought the company did well, and where they could improve their operation.

Ed and his company sold their Golden Harvest Seed brand to Syngenta in 2004, and Ed retired from the business. Doug stayed on with the business for a couple of years “to help the employees with the transition,” and then retired as well.

“He was a great friend to many people, even after retiring from the business,” Rob said. “He loved adventures, especially at his place in Mexico along the Sea of Cortez. Dad also loved his place in Minnesota at Leech Lake.

“He continued helping people after his retirement,” he added. “While he was at the place on Leech Lake, he got involved with helping the Ojibwa Indians. Whenever he was in Mexico, Dad worked with programs to help the local children improve their diets. He always had a keen interest in helping people wherever he was.”

Rob, who grew up working in his family company after starting part time at 14 years old, has kept his father’s legacy and love of the seed business going, starting Rob-See-Co in 2013. 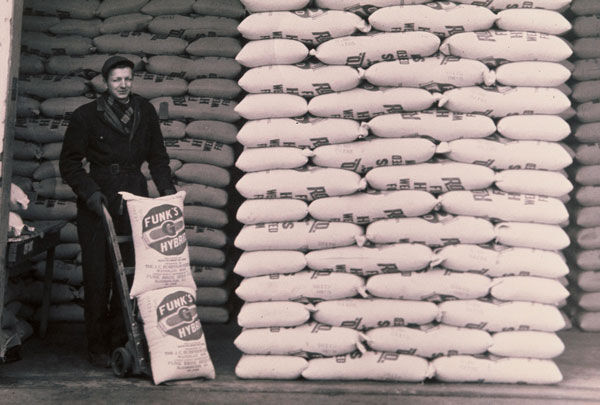 Ed Robinson loads seed for Funk’s Hybrids in the 1950s. The Robinsons left Funk’s in the 1970s and started Golden Harvest. 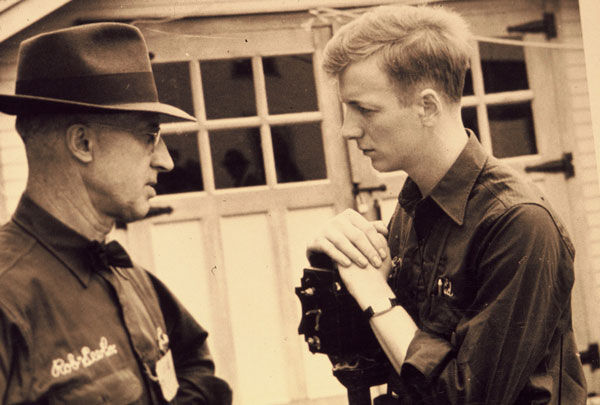 Employee Herb Johnson, left, talks with a young Ed Robinson in the 1940s. 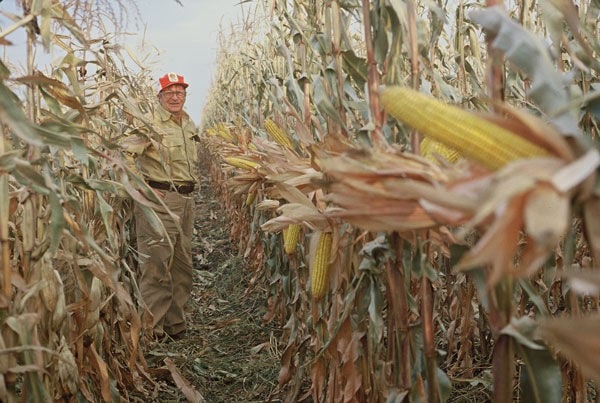 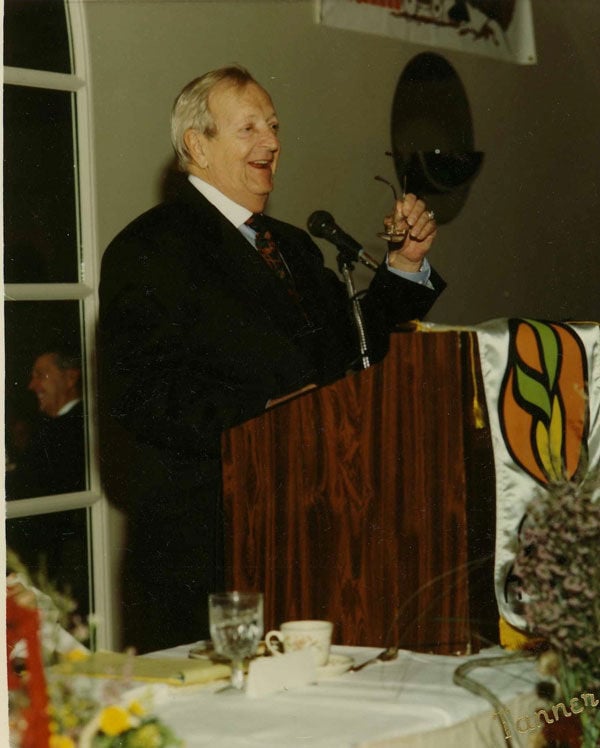 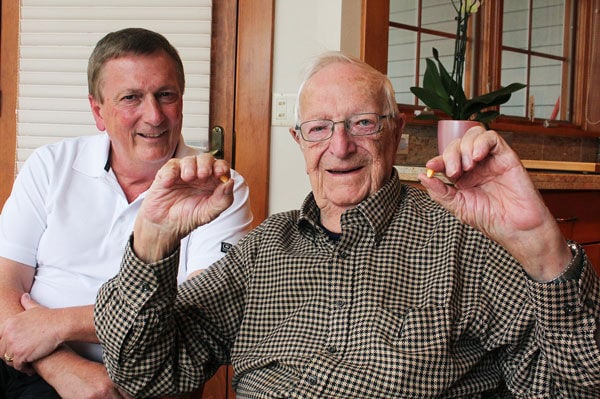