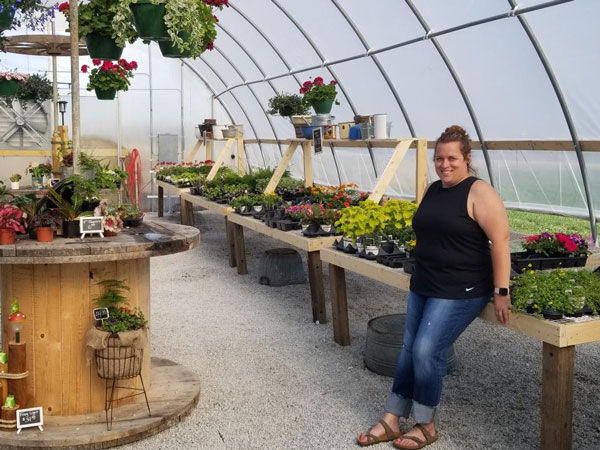 Becky Soukup inside her new greenhouse business, The Potting Shed. 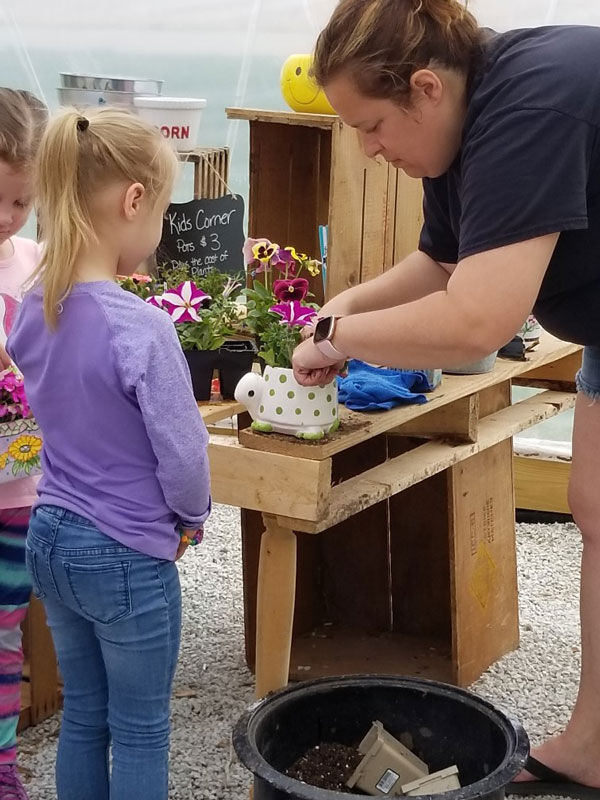 Becky Soukup inside her new greenhouse business, The Potting Shed.

Becky Soukup was first inspired by a little lean-to shack while working at a small nursery business in York, Nebraska.

That shack led to her new business, The Potting Shed, a greenhouse west of McCool, Nebraska. Soukup runs the business alongside her husband, Brian, and together with their son, Ja’, the Soukups offer all sorts of flowers and plants to fulfill the garden goals of amateur gardeners or avid green thumbs.

“I asked Brian if we could make this greenhouse thing work and he said, ‘If it is going to make you happy, yes,’” Soukup said.

Some of the first seedlings of her greenhouse dreams were planted when Soukup moved to Nebraska in 1999. She was working in York and decided to go to college for marketing.

“I needed a part-time job and I got one with Green Acres in York,” she said. “I landscaped, mowed and helped with the garden center portion and was even doing the books in the end. I fell in love with the work.”

That is where she also fell in love with the lean-to shack they called “the potting shed”.

“The potting shed was on the side of the building at Green Acres and where we stored all our tools and containers,” Soukup explained. “Later, when we were building our own greenhouse, I thought of that shed and thought to myself, ‘That was so neat, that is what I want to name our business.’”

Needing full-time work with benefits, Soukup had to move on from her job at Green Acres. She went on to the Tyson plant in York, then United Farmers Coop and also was employed at Freightliners.

“Then I got to the point of asking myself, ‘Gosh, do I want to keep doing this forever or what do I really want to do?’”

That’s when Brian said happiness should be the next option, and construction of The Potting Shed began.

“So we bought a 30 by 60 (foot) greenhouse that had been sitting empty in Gresham, Nebraska,” she began, “and a couple friends — Jay Scheele and Brandon Tonniges and their kids — helped us take it down, and Brian’s friends at Perennial Power helped us put it up.”

Soukup reiterated that Brian’s talents were extremely handy, not only overseeing and hands-on with construction, but also with his electrical skills serving as a lineman for 21 years.

“Brian really did most of the work,” Soukup said. “I had the water put in, but he did everything else.”

With everything ready to go and plastic secured on the greenhouse, the dream faced a bump in the road in February 2020.

“A hellacious wind came in and ripped the plastic off,” Soukup said. “So, we took the rest off and started over.”

At 1 p.m. on April 27, perseverance paid off and The Potting Shed opened its doors. During the spring season, they are open daily, from 1 to 7 p.m. and 10 a.m. to 5 p.m. on Saturday and Sunday. They closed for the summer with a planned reopening in fall. Soukup is still working at the physical therapy department at Henderson Healthcare Services in the mornings too.

“I am so thankful to Ja’. He’s 12 and does my 10 a.m. watering every morning and is very interested in what we are doing,” she said. “I could not be doing this without Ja’ either.”

In addition to The Potting Shed, the couple also has about six acres near McCool and runs Black Angus cattle on pastureland in South Dakota. They calve back in Nebraska in the winter

“That keeps Brian and all of us busy on the other side of things,” Soukup added.

Soukup purchases her plants from Sedan Flora in Kansas. Her plant products include everything from annuals, vegetables to grasses and tropical plants.

“I want to do fall planting parties once this coronavirus thing is done so we can gather together again,” she said. “I will also be doing some greenery and items for Christmas. If I can get some pumpkins planted, I want those for the kids to have something to pick out of — not a money maker, just something fun.”

Growing up on a small dairy near Wagner, South Dakota, Soukup is not immune to hard work.

“That’s really where it all began,” Soukup said. “My sister and I were on tractors when we were about seven.”

Years later, this farm girl at heart with a genuine green thumb says this extension of her agrarian roots really is, “a dream come true.”

More in Businesses of Agriculture (1 of 44)

Businesses of Agriculture: The Potting Shed