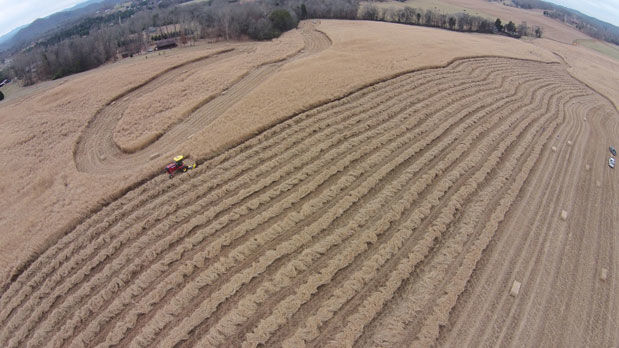 Switch grass is baled in Tennessee. A new facility there will use forage crops to make biodegradable food containers. 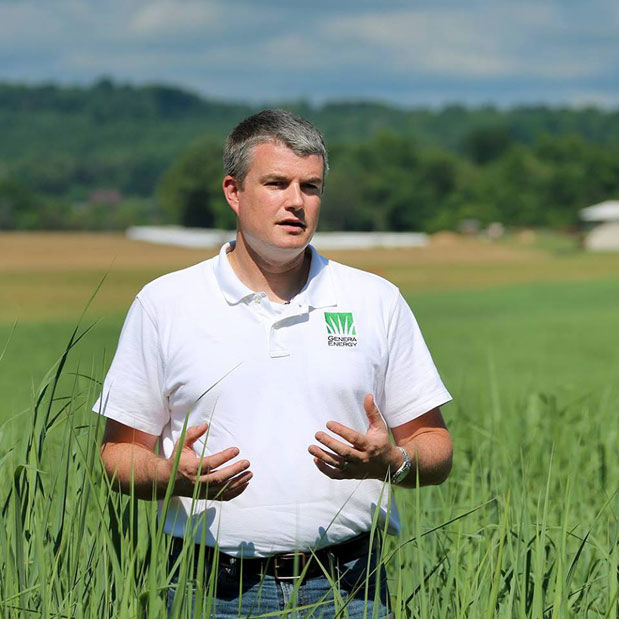 Instead of grabbing your favorite take-out food in a Styrofoam container, you could be bring it home in a box made from something grown on the farm.

A company in Tennessee plans to start making food service packages from forage crops such as switchgrass, sorghum and wheat straw, and they hope to expand with plants in the Midwest in the next five years, according to Sam Jackson, vice president of Genera, the company behind the Earthable fiber-based containers.

Jackson said such a venture would be a benefit for local farmers. It would give producers another crop to add to their rotations – one that grows on land that may not be the most productive for the typical corn or soybeans.

“We see our crops fitting into an existing farmer’s operation,” he said.

In Tennessee, most operations raise beef cattle, soybean, corn and hay. Most farms have some under-used land, not productive enough for row crops, Jackson said, adding that switchgrass is a perfect fit there.

While native to the prairie, switchgrass has been grown in the southeast for the last 10 to 12 years. It goes dormant and dries out in the field to be harvested in the late fall or winter months.

The sorghum used to make the containers isn’t the grain sorghum some grow in the Midwest. Rather, it’s a forage crop like Sudan sorghum. It grows 12 to 15 feet tall with a robust stalk. It’s cut and baled with haying equipment.

In growing wheat straw, Genera is looking for just the residue. The company offers set price contracts for its supplies.

Genera has been processing feedstock at a plant in Tennessee since 2011. The pulp goes to biofuel and other bio products. Construction started last fall on a production plant, and it should be ready to make the fiber-based food service containers by the end of the year.

Many fiber-based food service products come from China or Southeast Asia where they’re made out of sugar cane. Jackson is hoping his facility can support U.S. farmers.

It fits with the ethic farmers have for taking care of the land. The containers break down in a certified composting facility within 90 days.

“It’s grown from the earth on the farm, and it can return to the earth at the end of its life,” Jackson said. “It’s almost a full circle.”