Announcing his retirement was actually easier than what came next – being asked to have an interview.

In fact, Stewart “‘Stu” Duncan, Kansas State University-Northeast region Extension Crops and Soils Specialist based in Manhattan, said he needed to think about that for a few days, because he initially planned to make his departure and “just leave the soil probe and a half-eaten sandwich on the desk.”

“I don't do swan songs well but it sounds like it would be fun to talk about what I've seen change since 1978,” Duncan said.

So, the affable agronomist, whose jovial, but immensely informative crop tours drew crowds, finally agreed to talk about his true field of dreams which he’s loved for 40 years and the biggest changes he’s seen in his agriculture career as he prepares to officially retire from his K-State Agronomist position Aug. 7.

Anyone who’s ever met Duncan or walked his wheat plot tours won’t be surprised to hear his favorite part of the job.

“It has been developing relationships with county/district agents, other regional and state specialists and helping them grow, and the chance to work with growers and industry personnel, and develop those relationships,” said Duncan, who lives in Westmoreland, and plans to put up seasonal living quarters on his home farm in Osage County, just south of Melvern Lake.

The biggest changes Duncan has seen since he first started working as the Jackson County agricultural agent in spring 1978, include growth from employing one female county ag agent statewide (in Lane County) to eight females out of 21 employees.

There was also the districting of local units, allowing agents to specialize and step up to the Extension Role at the local level. That was one main reason for Duncan pursuing his advanced degree. Other changes included a reduction of the number of regional offices from five to four, and reduction in state and regional specialist numbers, resulting in challenges in serving local Extension staff.

Reflecting on changes he hopes to see in the near future in agronomy, Duncan is fiercely supportive of farmers.

“I would like to see stability for the work they do - less influences dictating production inputs and management decisions from government, industry shifts,” Duncan said.

Growing up on a small farm, Duncan’s perspective and outlook is what helps him relate so well to farmers - and what enables farmers to relate to him.

“People always need inspiration, and I’ve learned to curb my need to talk and just listen,” Duncan said. He credits mentors and friends who’ve helped him through the years, advising him to not just listen to people, but really hear them.

“In 2011 or 2012, I’ve seen people go through hard times and I empathize and I’ve had a tendency to make suggestions and help them adjust their course,” he said. “I read things and talk things over with people.”

Being in ag will do more for a person’s faith than anything else, he said, because there’s really about 3-5% that you really have any control over. About 95% is out of your hands, and you’ve got to have faith, Duncan shared.

He also credits his wife for being the filter in the buffer that helps keep him grounded.

To help encourage farmers in times when uncooperative weather, field pests, or equipment breakdowns halted farming, Duncan sums it up in three points.

“We have the research, and when bad things happen you can grow through it and grow with it,” he said.

Even in the case of delayed planting this year, Duncan says farmers can still realize good yields, depending on weather this summer.

“It may not be the yields that we were shooting for, but it can still be profitable,” he said.

“Stu has a very strong following among agents and producers, and this always ensured a good attendance and even better – a good participation from the crowd in our extension events,” said Romulo Pisa Lollato, Ph.D., an associate professor and wheat and forages extension specialist at K-State.

Lollato said Duncan has a capacity to make a complicated message “simple and funny like no other.” Having him in the wheat plot tours was “education with a laugh, guaranteed”’ because he always has such a good instantaneous answer for any question or comment that might arise, Lollato said, adding that Duncan will be highly missed in their wheat events.

At 66, Duncan felt some of the physical requirements to do the job as he sees fit, became a little more challenging. After the university went into COVID mode last March with restrictions on performing his duties, it reminded him of how he felt just before quitting playing football.

“The enjoyment was waning and it was just time for new blood and a new direction for me,” Duncan said.

After being knee-deep in wheat fields, and knee-high in corn for four decades, Duncan looks forward to digging more into farming at home on the range. Duncan and his wife Erin of 40-plus years have a 100-acre property, with 40 acres tillable and 60 acres pasture and hay meadow. It’s leased now, but he’s ready to contribute any way that he can.

Duncan looks forward to more family gatherings with their kids: Amos and his wife Suzanne, Colin and his wife Nicole, and five rambunctious grandchildren (4-year-old twins and three younger kids) and extended family. He also likes operating the family’s antiques and collectibles business with Erin.

“Also I enjoy reading historical biographies of the founding fathers and classics, being involved in our church, and many other things to which I will now be able to devote more time,” Duncan said.

As he prepares to wrap up his 40-year career, Duncan gave perspective about what's on the horizon in farming: “The crop of young agronomists I see coming into the profession, and the generational change on the farm.”

Reporter’s note: From this reporter, a heartfelt thank you to our good steward and forever friend to farmers, Stu Duncan, for his sound agronomic advice on many wheat plot tours. We’ll miss you, Stu, almost as much as a good thunderstorm.

Art Rieber jokes that someday he might get down to one breed of poultry in his flock, but Pauline thinks that may never happen. “She just shakes her head and goes on,” Art laughed. Wyandottes are one of his favorites. 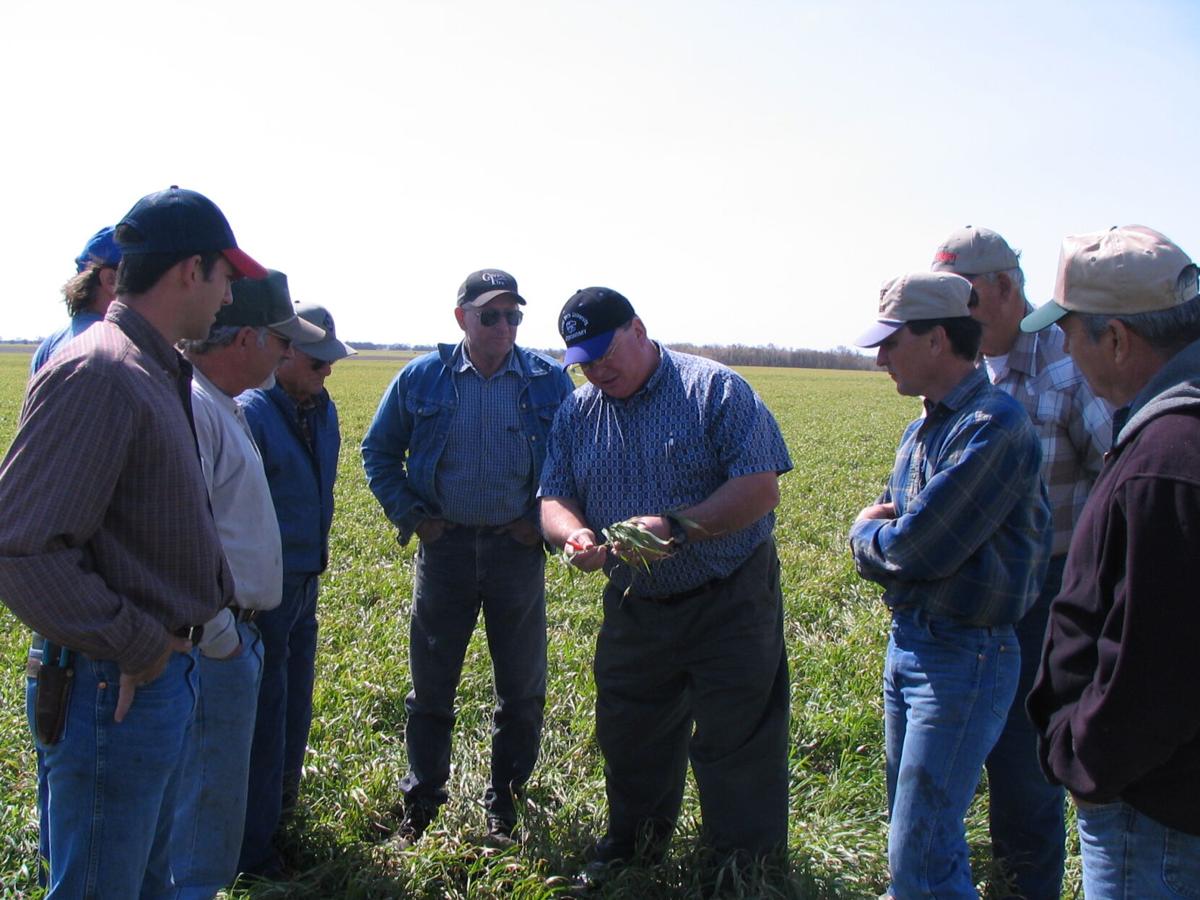 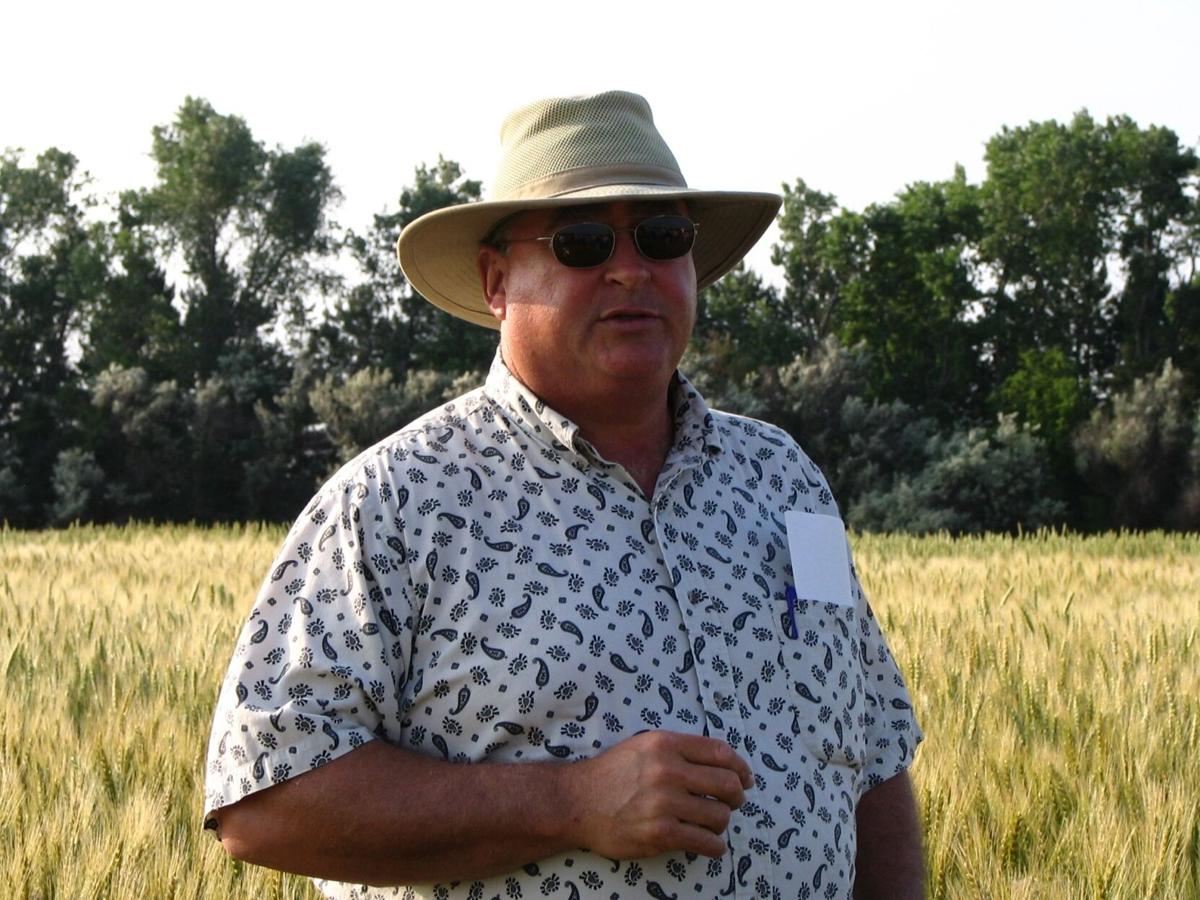 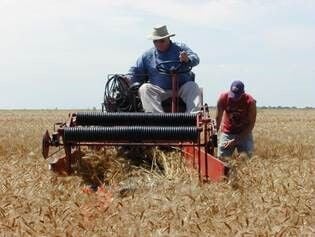