With the number of COVID-19 cases on the rise again, organizers of the Nebraska Ag Expo have decided to postpone the December show until February 2021.

“We’ll get more time for things to maybe calm down during the winter,” show director Tom Junge said over the phone Nov. 18, the day after the announcement was made.

The show, set for Dec. 8-10 at the Lancaster Event Center in Lincoln will be held Feb. 23-25 in the same location.

“It was not an easy decision,” Junge said. “No one wanted to pull the plug for December.”

But they also didn’t want to be shut down the day before the event. The city of Lincoln announced new restrictions on social gatherings Nov. 13, and all events with 500 or more people were to be postponed until Dec. 7.

That was cutting too close to show time, organizers said. It’s also possible the restrictions would be extended, causing them to have to cancel the show last minute, marketing director Cindy Feldman said. Postponing was a better option.

December is a great time for buying, Junge said, and over 500 exhibitors were encouraging them to go on with the December show. Now, many are just glad the show is postponed instead of canceled.

“There was a lot of support to have it,” Junge said. “We felt like in February, things could be over the hump and we could actually have a successful event.”

Expo organizers have been tracking COVID numbers and trends for months. They hoped case numbers would decrease as kids moved home from college, Feldman said, but that wasn’t the case.

“Kicking it down the road to January wasn’t far enough,” she said.

The show changed names earlier this year. For the last 13 years, it was known as the Nebraska Power Farming Show, put on by the Iowa-Nebraska Equipment Dealers Association. The group also hosts the Iowa Ag Expo, which is set to take place on its original dates of Feb. 2-4, 2021.

The association has put on the Iowa show, previously the Iowa Power Farming Show, for more than 100 years. Junge has been at the helm for 26 years. They’ve never had to close the show even for a day, he said.

“This is the first time we’ve had any impact like this,” he said.

Despite the date change, exhibitors are still lining up to get a spot at the Nebraska Ag Expo, according to Junge. By setting late February as the new date, they considered the show circuit, not wanting to schedule on top of another ag event. Junge said they also figured the holiday rush would be over. In February, vacations have pretty well wrapped up, farmers are thinking about getting in the field but not able to do so yet, he pointed out. Many had pre-registered for the December event, so Junge is hoping for a good turnout in February.

“They’ll be happy to come to that show,” he said. 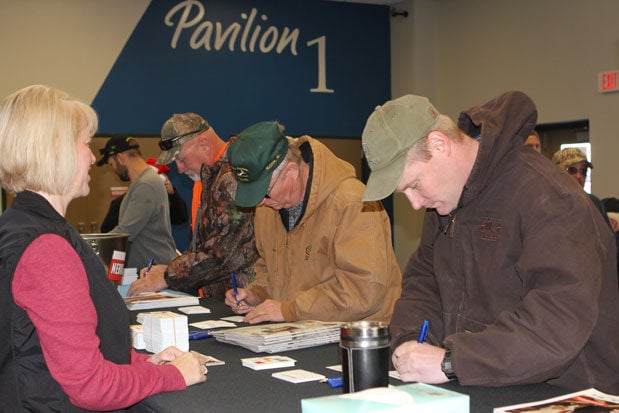