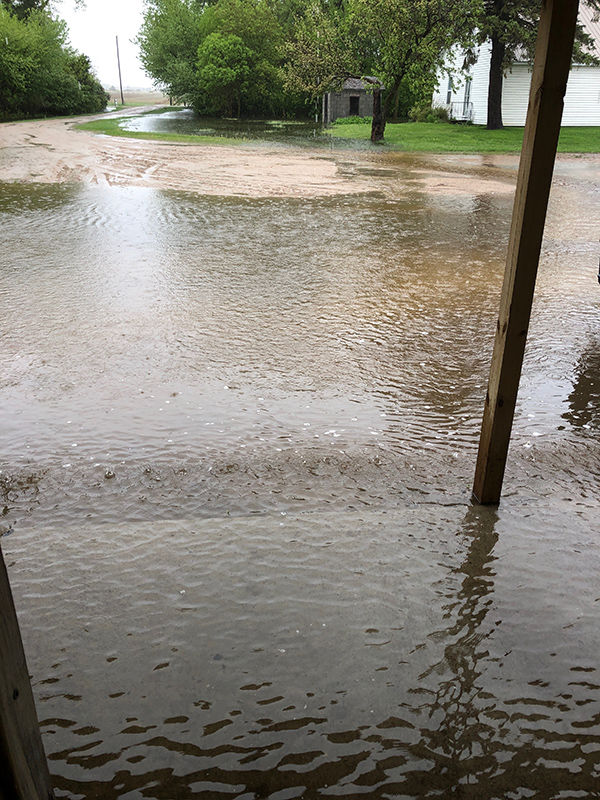 Flood waters surround buildings of the Jerry and Juanita Homolka place near Chambers, Neb., in spring 2019. The farm has been in their family for more than 100 years. 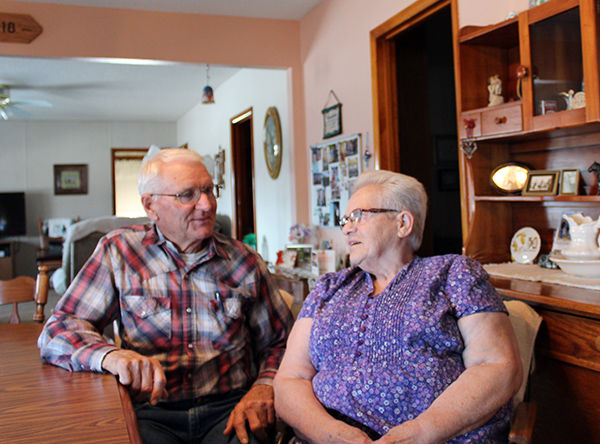 Jerry and Juanita Homolka sit in their farmhouse to discuss the flood aftermath. 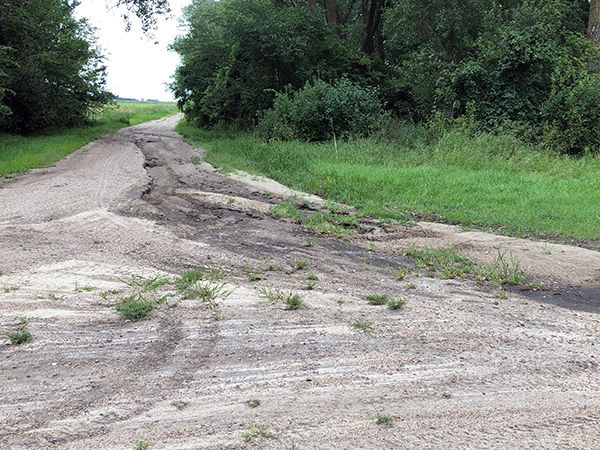 Road damage caused by flood waters is seen near the Homolka place in Chambers, Neb. Some roads in their areas were in disrepair until late 2019.

Flood waters surround buildings of the Jerry and Juanita Homolka place near Chambers, Neb., in spring 2019. The farm has been in their family for more than 100 years.

Jerry and Juanita Homolka sit in their farmhouse to discuss the flood aftermath.

Road damage caused by flood waters is seen near the Homolka place in Chambers, Neb. Some roads in their areas were in disrepair until late 2019.

In 2018, Jerry and Juanita Homolka got only half of their hay put up due to wet conditions. They didn’t expect that the next year they’d put up even less — about 10% of the previous year’s crop.

The Homolkas farm, located in the sub-irrigated meadows near Chambers, Nebraska, has been in the family more than 100 years. The flood cut into their income from selling hay, and that’s been tough on them at their age, Juanita said.

“Other ranchers can’t keep buying hay,” she said. “But we aren’t in the worst shape compared to others … At our age, we know how to get through stuff.”

Selling hay makes up about half their income, Jerry said, but he feels for those who don’t have hay to feed their cattle. The flood year marked the third year without much hay cutting.

The March 2019 flood was the worst the Homolkas experienced in their 56 years of marriage. Now, along with many of their neighbors, they worry about getting enough, if any, hay put up at all for next year.

Traveling along Highway 95, many bales could still be seen in meadows in early winter because producers were waiting for a hard freeze to bring in them in. In other areas, the hay had not been cut at all.

There are reminders of the flood nearly everywhere. Just before winter hit, the final road in their township was made passable. The water went over the gravel road 13 places in a five-mile stretch. It was the first time that had happened since the couple had been married. Jerry serves on the township board, and his phone rang constantly with questions about the flood damage.

Jerry recalled 1959 when they planted 12,000 trees. He said those trees helped mitigate cattle death losses during the spring flood of 1983, but they weren’t enough this time.

“This recent flood was worse than that,” he said. “It was the wettest because we had all the snow, too.”

Jerry and Juanita raised five children — Jody, Jerry Junior, Teresa, Tammy and Charles — and thousands of livestock on their farm that consists of 110 acres of crops and about 2,240 acres in grass. The Homolkas had a spring and fall calving operation up until about a decade ago. They also ran a Grade A dairy for 28 years and did custom silage, planting, harvest and haying work while they were milking.

Neither one shies away from work. As they approach their 80s, the couple now takes in 330 head of pasture cattle and runs a flock of 130 sheep. Their son, Jerry Jr., also raises Chukar partridges and pheasants.

Before the flood, whatever winter moisture they got would freeze, Jerry recalled.

“The ground was just totally covered with close to a foot of snow and ice,” he said.

March storms brought four inches of rain. The culverts were already so frozen and full of ice that it washed everything out, Jerry said.

The rain, combined with snow, began to build up in Willow Lake, located west of the Homolkas. The lake drains through their property. Into 2020, water was still running through the culvert, about 10 feet wide and six inches deep north of their home.

During the flood, the water came up and around their home and through the dairy barn.

Their son hauled 34 loads of dirt to fill in the area close to the highway so they could drive on it. They used four-wheel-drive to get out and were without electricity for six days.

“We have a generator and that helps,” Juanita said. “Some people were stuck two or three weeks before they got out, but most people have lived here generation after generation and know how to handle this.”

Many neighbors who raise cattle and were impacted by the flood took a greater portion of their herds to town to sell. Jerry suspects they were bought and taken to areas north of O’Neill where producers were able to get their corn in and had some decent crops for feed.

In other areas, like where Juanita grew up around Burwell and Atkinson, they have never seen as much water “ever before,” she said.

Jerry heard of one resident from south of the Garfield-Holt county line who recorded 120 inches of rain in the last two years. He suspects he will add to those totals this year.

“Something tells me it’s not going to get much better,” he said. “People got by this year, but if it stays wet, it might take some of them out of business.”

This is a story they’ve told time and again.