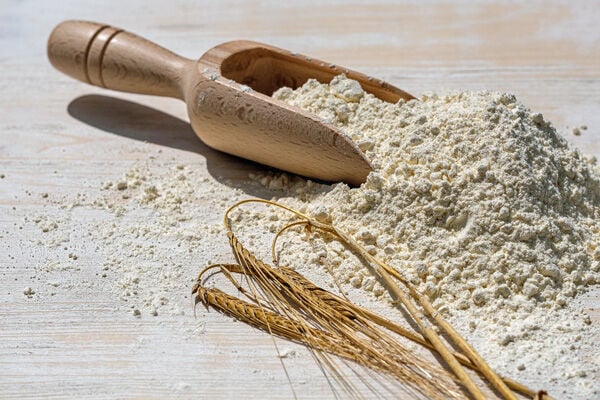 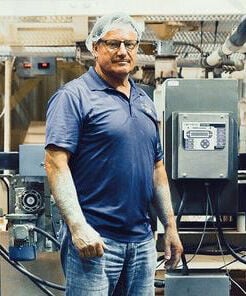 It all happened in a week. In early 2020, wheat flour sales were continuing a long-term slump. Then COVID-19 hit. Suddenly, stay-at-home orders began to be issued across the nation. People started hoarding toilet paper, and there was a run on flour in the stores.

How did the industry respond?

One Kansas flour miller adjusted rapidly, doubling its flour production capacity. This achievement was so remarkable that this company was recognized as an Ag Hero by the Kansas Department of Agriculture during the 2020 Ag Growth Summit.

Bob Morando is the CEO of this remarkable company known as Farmer Direct Foods. Bob grew up in Abilene and studied milling science at K-State. His career took him all over the country, working for businesses such as General Mills, Kraft, and Con-Agra.

In 2016, he came back to Abilene to care for his elderly mother. A college roommate encouraged him to apply for the CEO position that was open at Farmer Direct Foods, and Bob got the job.

Farmer Direct Foods had begun back in 1988 as a cooperative of white wheat growers, organized to help producers earn a premium for better quality wheat. In 2003, they built a flour mill in New Cambria, near Salina.

“White wheat is a milder, sweeter flavored wheat,” Bob said. “All our wheat is stone-ground here at the mill.”

Identity assurance is a key concept at Farmer Direct Foods.

“We work with some 50 growers across the state,” Bob said. “Some are fourth or fifth generation farmers. We work with them so that we can know what farm the wheat came off of. People want to know where their food came from.”

Farmer Direct Foods sells to large bakers such as the King Arthur company, as well as Tortilla King in Moundridge, Kansas; home bakers, local bake shops like Radinas Coffeehouse in Manhattan, and the Friendship House in Wamego, and even pizzerias in Chicago. However, flour sales nationally were in a five-year slump as of early 2020.

Then everything changed. As the pandemic spread and stay-at-home orders were issued, Bob suddenly started getting calls.

"We’re running out of flour,” he was told. The supply chain got a jolt from the sudden surge in home baking.

Farmer Direct Foods moved quickly to respond to the market.

“Fortunately, we had just placed a big order for flour bags, so we had supplies to meet the demand,” Bob said.

K-State canceled in-person classes due to the pandemic, so Bob called his old friends in the milling science department.

“If all the kids are freed up, could a couple of them come work for me?” he asked. Bob also located a couple of recently-retired flour millers who were willing to come back onto a payroll.

The mill was now running two shifts, six days a week. Since then, the company has been going full speed to respond to the demand.

“We have not let off the gas pedal since March,” Bob said. “We went from 18 trucks a month to 45 trucks a month. Normally we make 12 million pounds of flour a year. This year, we’re on pace to make 20 million.”

The working relationship with K-State milling science students went so well that Bob has decided to make the internships with the department an ongoing program.

“We have set up two internships there now,” he said.

White wheat is still the staple product that goes into every bag of flour at Farmer Direct Foods.

“People tell me, 'Your flour is the best product,’” Bob said.

That’s good to hear for a business located in the rural community of New Cambria, population 126 people. Now, that’s rural.

For more information, go to www.farmerdirectfoods.com.

It happened in a week. The surge in flour demand due to the pandemic caused Bob Morando and Farmer Direct Foods to make a difference with rapid changes in response to the marketplace. That was a strong week.