Agriculture and food manufacturing are some of the most highly regulated industries in Nebraska, and a new report is asking if making permanent some of the flexibilities allowed for COVID-19 could strengthen the economy.

Some of those regulations were hindering recovery and the ability for agricultural producers to be creative in their response to impacts the COVID-19 pandemic had on the industry, said Sarah Curry, policy director for the Platte Institute, speaking during a press conference via Zoom Sept. 23.

The Platte Institute and Nebraska Farm Bureau jointly released a 16-page policy brief on the impacts COVID-19 had on Nebraska agriculture. It examines economic challenges the industry was facing prior to the pandemic, disruptions COVID caused, relief efforts and future uncertainties. 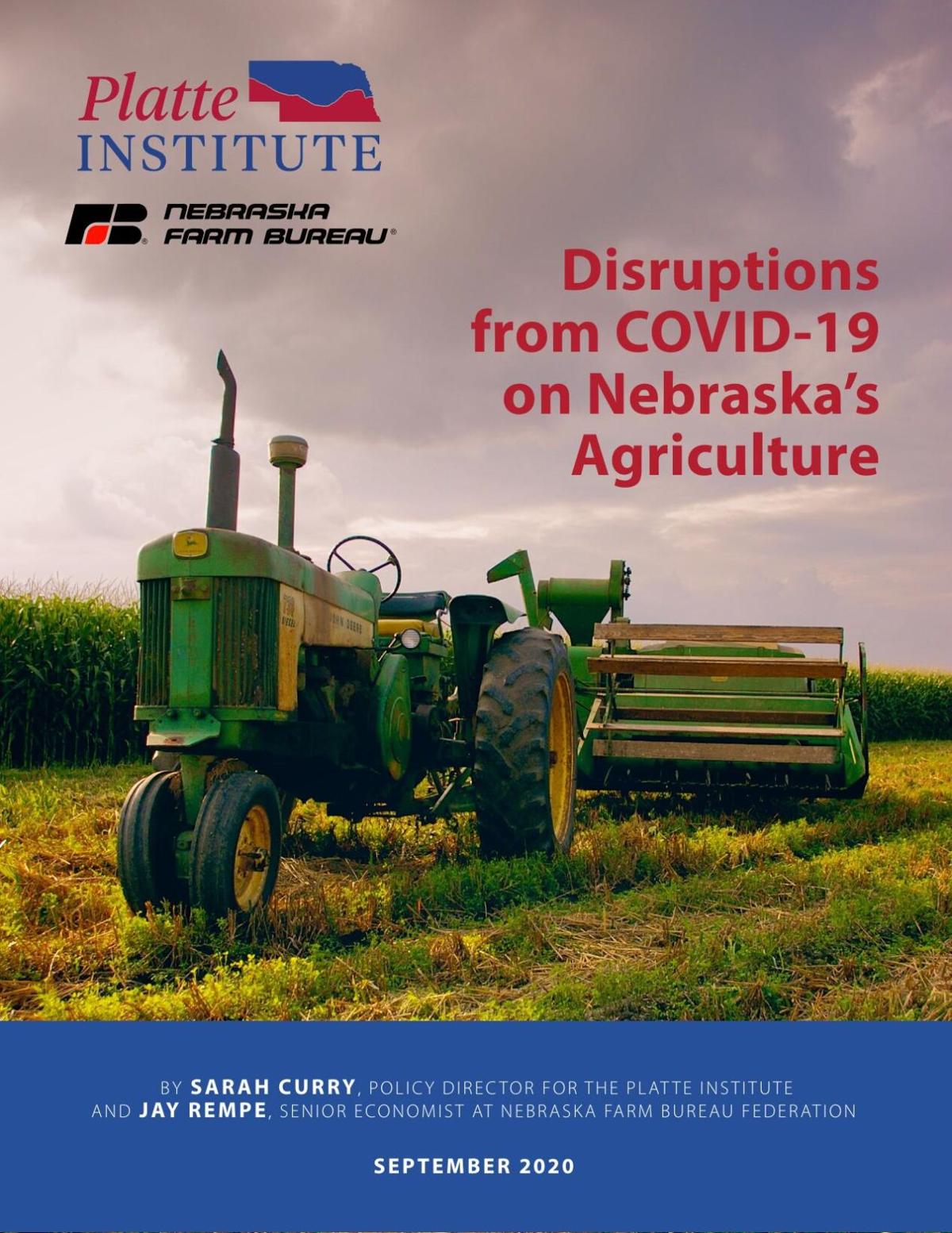 Curry said the report will be an important resource for lawmakers and people not involved in agriculture to help them understand how agriculture affects everyone in Nebraska.

When it came to providing relief for Nebraska producers, relaxing federal regulations on commodity loans, milk dumping and depopulating livestock helped, Curry pointed out. The state eased restrictions on the number of livestock allowed on-site at packing plants as an effort to address the bottleneck caused when plants shut down due to virus spread. It also changed the way pesticide applicators renewed their licenses, allowing for online classes to adhere to social distancing recommendations.

A permanent online training program is something the state could offer to keep people from having to drive long distances to classes, Curry said.

“For me that’s been one of the highlights I’ve seen in the use of technology and how we can save time and resources,” she added.

Food manufacturing, animal production and crop farming operate under thousands of state regulations, according to analysis of state codes highlighted in the report. Healthcare-related industries and chemical manufacturing are the only areas more heavily regulated than food and agriculture.

“It’s no surprise our agricultural producers had a hard time reworking their business models to adopt to the pandemic,” the report said.

Nebraska’s producers were already suffering before the pandemic hit this spring, Nebraska Farm Bureau Senior Economist Jay Rempe said. The state saw 38 farm bankruptcies in 2019, he pointed out, and as of June, Nebraska had the second highest number of farm bankruptcies after Wisconsin.

The ag economy has improved a little since June, Rempe said, adding that federal assistance helped. In Nebraska, 19% of Paycheck Protection Program loans went to agriculture.

“I think the upshot of all of this … the COVID crisis identified some weaknesses in our system,” he said during the Zoom call.

Now it’s up to elected officials and ag groups to take what they’ve learned and prepare to better respond next time, he said.

Livestock processing and ethanol production are two areas where the report focuses for regulatory review. Helping medium-sized slaughter facilities and spreading out those facilities regionally are things ag leaders should discuss, according to Rempe.

“This sheds light on the fact that even in a highly and necessarily regulated industry, like ethanol, there are opportunities to reform,” the report said.