Trucker shortages and a forthcoming federal rule change are expected to have big impacts on the agriculture industry and other businesses.

The lack of long haul truckers is linked to both retirement and COVID-19 issues. Now some are worried the federal rule change regarding training requirements will make it more difficult to fill drivers’ seats.

Gary Foxhoven of north central Kansas decided to get his commercial driver’s license (CDL) when the pandemic first hit. After working 40 years in direct sales for residential fire protection, sales people were no longer able to enter people’s homes or restaurants when COVID hit.

“I had a bill to pay for an operation and needed to make money,” he said. “But now I’m enjoying driving the truck.”

There’s plenty of work for truckers, Foxhoven said. He could ride seven days a week if he wanted.

Already, trucker shortages are impacting the ag industry, from livestock producers to farmers. A shortage of truckers in Nebraska has been causing some issues in transporting the state’s harvest.

“The fall harvest grain is being moved, but there have been periodic delays in getting grain to terminals for shipment by rail due to a lack of sufficient number of truckers,” said Rocky Weber, president and general counsel at Nebraska Cooperative Council, speaking in early December.

Livestock producers in Nebraska and Kansas say there’s been a shortage of truckers to haul commodities and cattle since before COVID. Producers have been told to line up trucks as far in advance as possible.

“We need truckers,” said Melody Benjamin, vice president of policy engagement for the Nebraska Cattlemen’s Association and a rancher in western Nebraska.

The organization is working with the Federal Motor Carrier Safety Administration on exemptions such as waiving hours of service requirements for commodities and food. Livestock falls in that category.

“But that’s on a month to month basis, so we keep things moving,” Benjamin said.

In Kansas, members of Kansas Livestock Association (KLA) have expressed some concerns about delays in getting truckers to move feeder cattle.

“It’s not that they can’t find the truck. There are just some delays,” KLA spokesperson Scarlett Hagins said.

Previously, livestock producers could have a truck within three days of calling, she said. Now it could take two weeks to get cattle to a feedlot or sale barn.

Transportation issues are also affected by the drought that spans from Montana into the Dakotas. It means that there’s a large amount of cattle on the move in that area and a need for hay, too.

“That involves having truck drivers to move cattle and hay… which could be exacerbating the situation, because more truck drivers are concentrated in that area already,” Hagins said.

On top of shortages, some worry government or company-imposed COVID-19 vaccine mandates could make matters worse in the trucking industry. Some say that’s a bigger issue than the new training requirements.

Nebraska Department of Agriculture Director Steve Wellman raised concerns about the federal training rules to a panel of Congress members at the Midwest Agricultural Export Summit in Sioux Falls last month. With 80,000 truck driving jobs in need of filling nationwide, will the new rules make it harder to get a CDL, he asked.

It has some worried about spring deliveries.

“We work on a very short time span, so seed and chemical have to be transported very quickly in the spring when they’re trying to get everything out to farmers rapidly,” said Andy Licht, spokesman for the Nebraska Agribusiness Association.

The changes are mandated by an act of Congress, passed in 2012. The rules were originally supposed to take effect in 2020, but were delayed to 2022.

From a safety standpoint, it’s seen as a positive, Licht said.

Some companies have their own stricter rules. Although Foxhoven and other truckers can be on duty for 14 hours, they can drive for only 11 hours by company rules. The other hours include waiting on a dock, doing pre-checks and post-checks of their trailers. You have to be in sleeper berth for 10 hours, so you can’t drive for those 10 hours, he said.

Although the rules were changed, Foxhoven said his employer kept those old rules and hours as a safety measure. They are required to maintain good record-keeping in their log books, as well, and there’s a camera in the truck.

While they’re upping safety standards of their own, truckers ask that other drivers respect that it’s tough for them to stop on a dime.

“When your truck is loaded it weighs 80,000 pounds, and it takes the length of a football field to stop the semi when we’re running 65 mph to 70 mph,” Foxhoven said.

Like any other job, balancing family with the job is important.

“You need to enjoy what you do,” he said. “If I’m going to drive a truck, I want to be the best darn truck driver there is.”

Bob Anderson remembered for his leadership in agriculture, business

Bob Anderson, a longtime advocate for agriculture in Nebraska, passed away Jan. 4 at the Nebraska Heart Hospital. He was 81.

Ahead of Valentine’s Day the annual Heart City Bull Bash will take to the streets of Valentine, Nebraska Saturday, Feb. 12.

In recognition of the importance of independent quilt shops to local economies, Saturday, Jan. 22 is proclaimed to be Local Quilt Shop Day thr…

For 35 years, the Northeast Nebraska Farm Show has been a testament to Nebraska agriculture. With free admission and educational seminars, it … 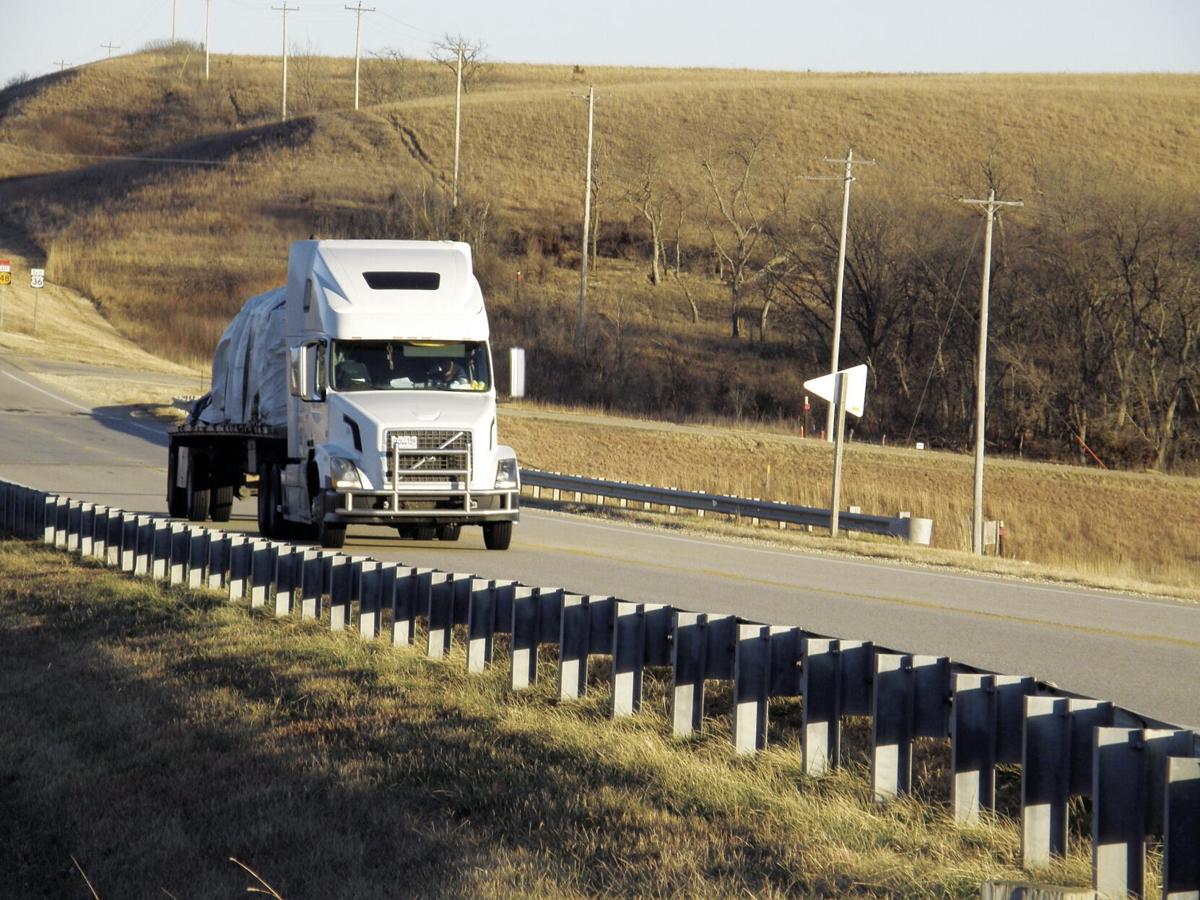 A trucker drives through northern Kansas. Truckers shortages have been impacting agriculture, from moving grain to hauling livestock. 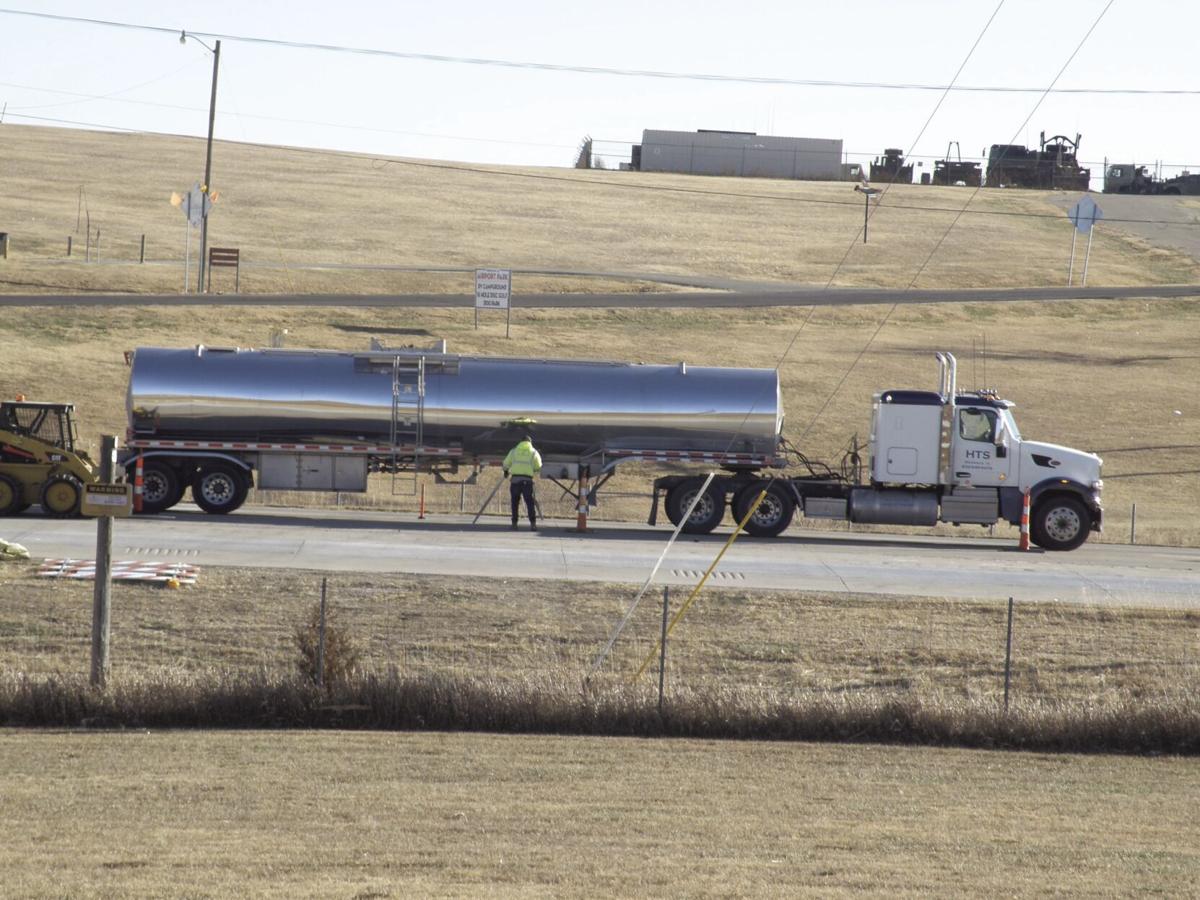 A trucker tends to his truck in Concordia, Kan. New training requirements for entry level truckers take effect in February. 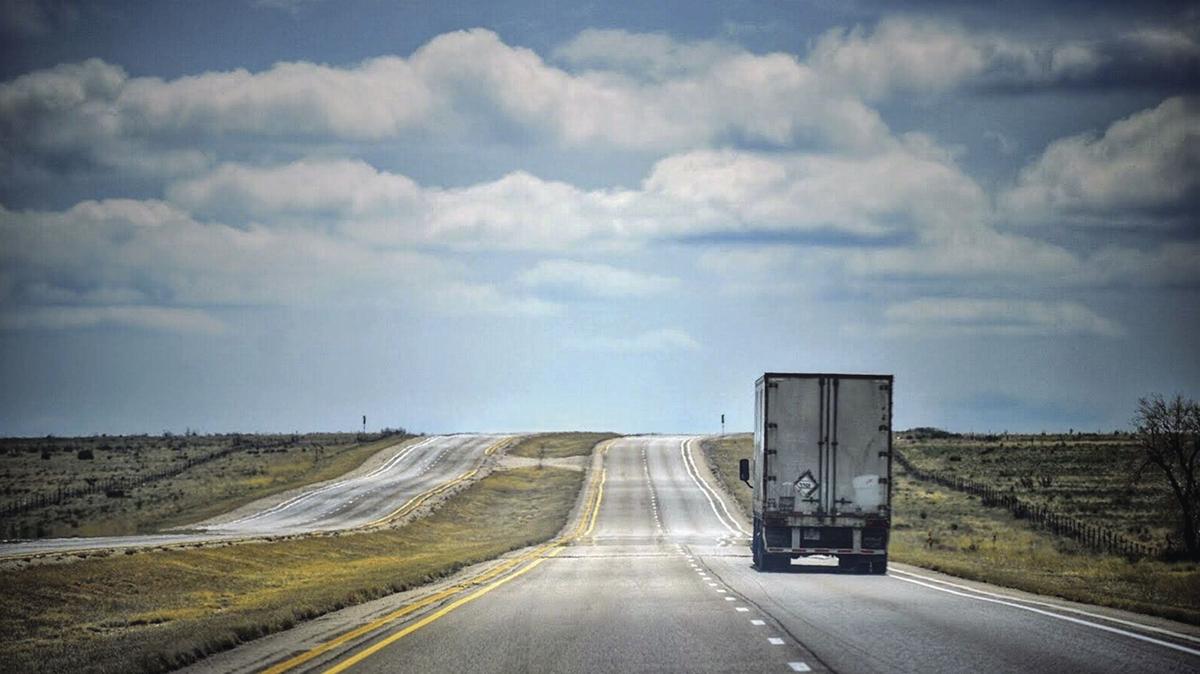