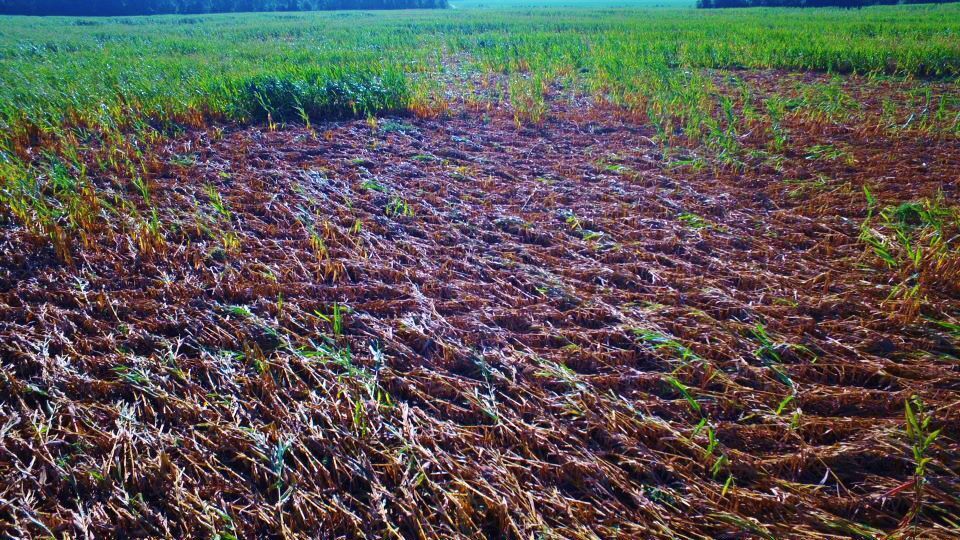 Incorporating down corn into dairy-cow rations takes careful managing to ensure feed is free of mycotoxins and sufficient in nutrients. 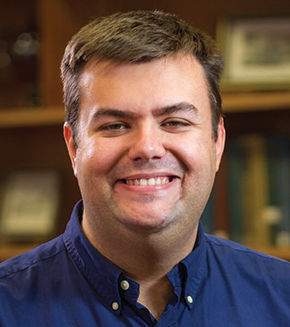 With the arrival of fall many dairies are or will soon be transitioning from 2019 to 2020 corn crops. For some dairies and corn growers the 2020 corn-harvesting season was smoother than 2019. But many farmers once again faced weather-imposed challenges, including droughts during the growing season or snowstorms at harvest. There was also that derecho that blew down several-million acres of corn in Iowa.

There are several items to consider as producers deal with complications from those weather events.

High-chop silage – Because yields in 2020 are expected to be greater than previous years some producers opted to implement harvesting methods that target greater nutritive value at the expense of yield. High-chopping is one example. Assuming a 10-inch increase in chop height, starch concentration is expected to be 2 percentage units greater than normal-chop silage; neutral detergent fiber can be 2.5 percentage units less. In high-chop silage corn kernels comprise a relatively greater proportion of total mass than in normal-chop silage because there’s less fibrous plant material. That provides greater energy to cows and allows for a slight reduction of dry corn in the diet, or an increased amount of forage. Another benefit is reduced lignin concentration and subsequently greater digestibility of neutral detergent fiber, which is associated with greater intake and performance. However greater intakes and reduced crop yields of about a half-ton per acre for each 10-inch increase of chop height make it imperative to closely monitor forage inventory.

Drought-stressed silage – A primary concern of drought-stressed silage is nitrate accumulation, even though nitrate concentration is reduced during silage fermentation. Nitrate toxicity can occur if values are greater than 1.5 percent on a dry-matter basis. In addition some mycotoxins are more-prevalent during dry hot weather. Despite the potential reduction in mycotoxins with silage fermentation, it’s advised to send samples for mycotoxin analysis. If corn plants were harvested while still immature to optimize dry-down rates, expect lesser starch concentration. Also there’s a dogma that drought-stressed corn plants have increased neutral-detergent-fiber digestibility. But recent research has not confirmed that phenomenon. That impression is likely associated with earlier harvesting and not necessarily a drought-induced effect. Monitor intakes closely to avoid drops in intake.

Down-corn silage – Nutritive value and hygiene of down-corn silage should be monitored closely; samples should be analyzed for mycotoxins. Corn lying down in the field is exposed to mold from the ground, which may also lead to stalk or ear rot. That increases likelihood of mold complications. Any corn silage made from down corn must be tested for toxins. Moreover stalk damage can lead to plants drying more rapidly, which decreases sugar levels and that of related nutrients. Ear damage can also occur leading to ear rot, kernel loss and even the loss of entire ears. That can dramatically decrease starch concentration.

The recent corn-silage season brought myriad scenarios to consider. The best approach is to analyze samples for nutrients, digestibility, nitrates and mycotoxins, depending on which scenarios were experienced. Most importantly if corn silage has mycotoxins or increased levels of nitrate, take action to detoxify the silage. Add a mycotoxin-binding agent to the diet or adopt feeding strategies that dilute the amount fed with non-contaminated feed.

Luiz Ferraretto is an assistant professor in the department of animal and dairy sciences at the University of Wisconsin–Madison and a ruminant-nutrition specialist for UW-Division of Extension. Email ferraretto@wisc.edu to contact him.