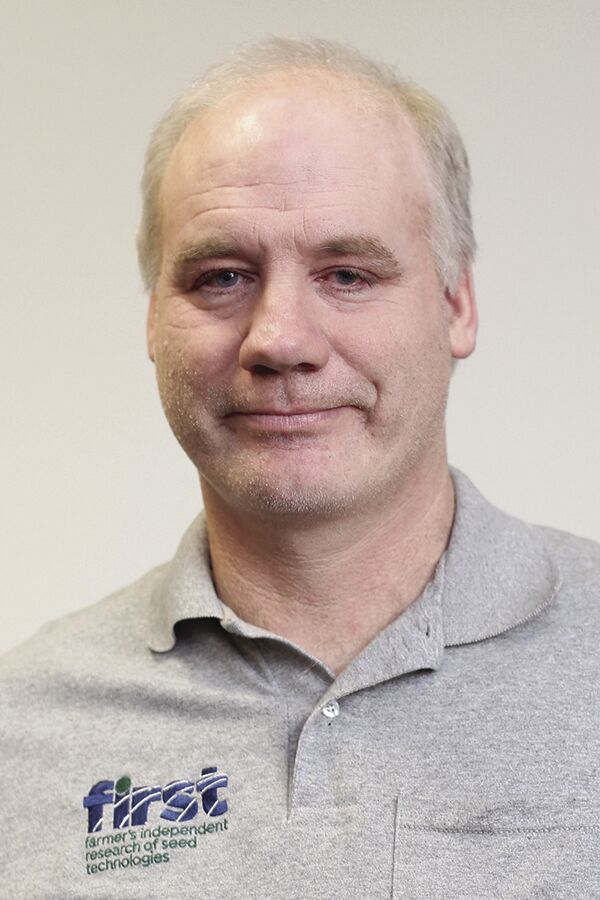 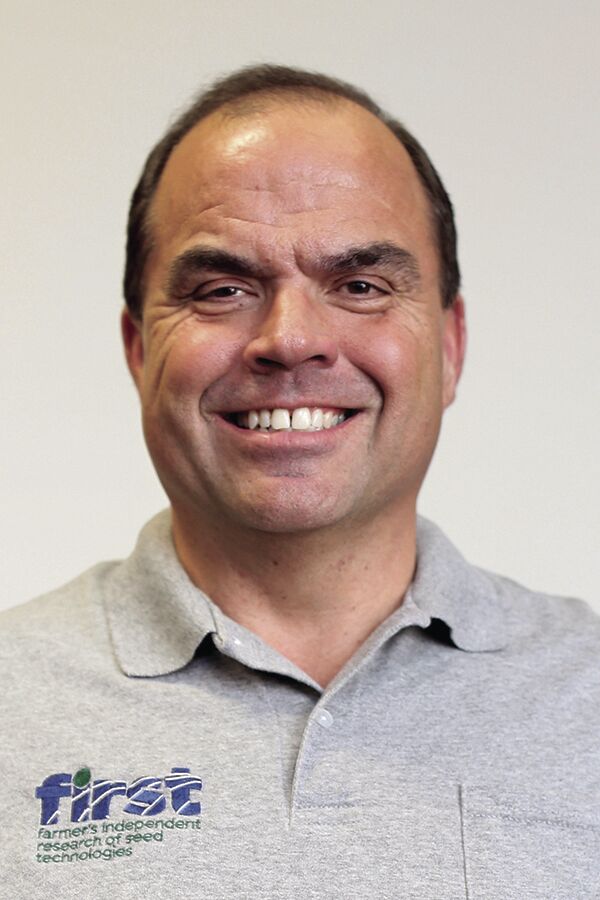 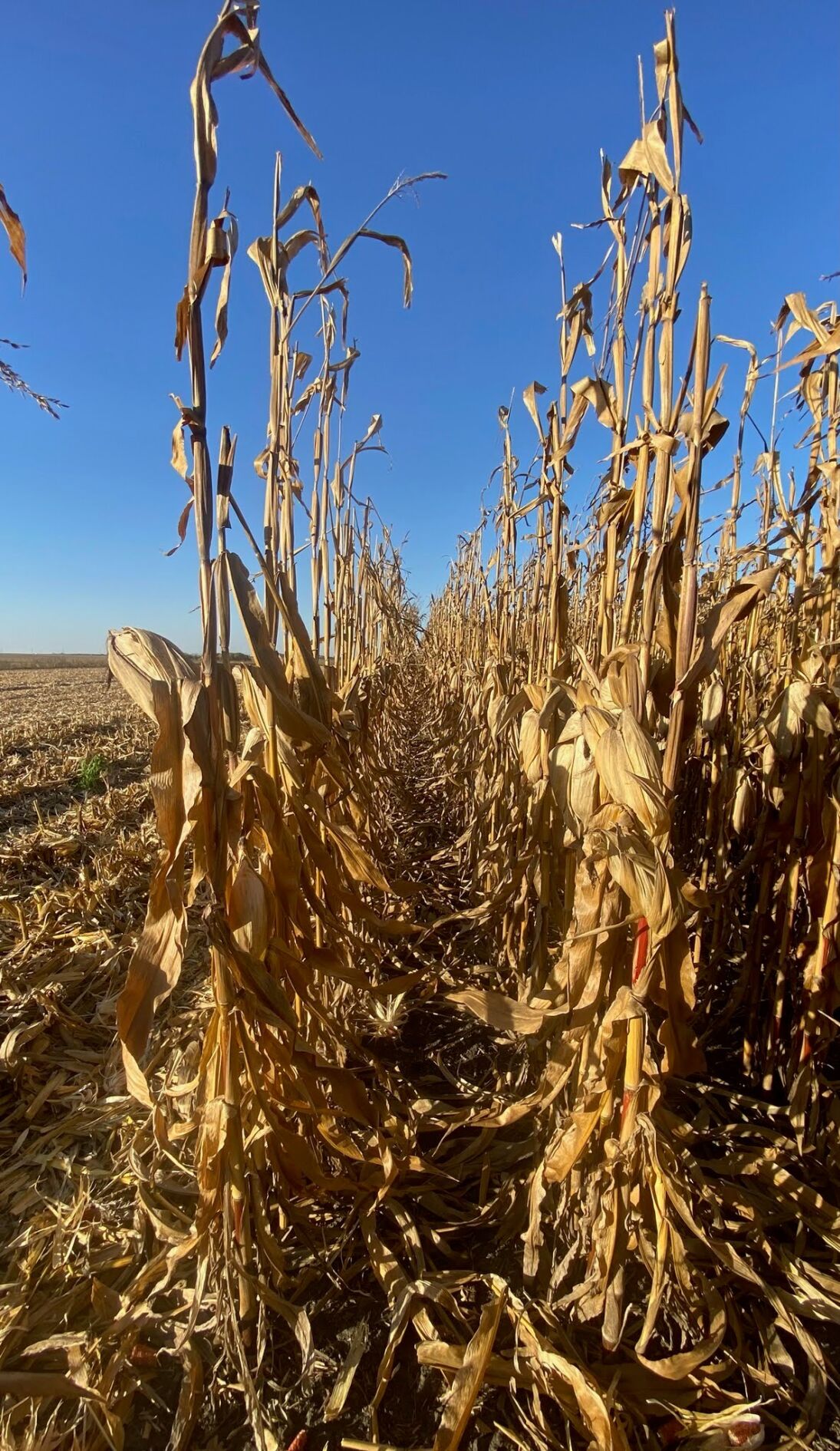 FIRST Corn Plot prior to harvest

The 2021 FIRST – Farmers’ Independent Research of Seed Technologies – tests are complete and show how seed products performed in dry or drought conditions.

At its most intense moments in late July 2021, “extreme drought” (D3) covered 22 percent of Minnesota, while another 75 percent was listed as “severe” drought (D2).

August, September, and October rain rescued some of the Minnesota crops.

By late November, extreme drought remained only on 1 percent of the state, with less severe drought conditions remaining on another 47 percent, according to the Drought Monitor.

“Overall, there were surprisingly good yields for many, but not all farmers,” said Mark Querna, FIRST manager for southern Minnesota, “but almost all of my plot hosts talked about not getting enough rain.”

FIRST offers unbiased comparisons of seed genetics almost as quickly as FIRST plots are harvested. All 2021 FIRST results are found at www.firstseedtests.com. At firstsseedtests.com/signup, agriculturists can register to follow along with the very interesting FIRST harvest reports across the U.S.

Minnesota’s FIRST plots are managed by Querna (southern Minnesota) and Ed and Darlyne Dahle (central Minnesota). Luke Brendemuhl manages FIRST plots throughout the Red River Valley. Their replicated and standard operating procedures at each FIRST test location are designed to obtain a precise comparison between products.

Look for the Red River Valley summary in the Dec. 17 issue of Farm & Ranch Guide, as well as under the Minnesota/North Dakota region Harvest Reports and Regional Summaries found at firstseedtests.com.

On the many corn and soybean FIRST plots that Querna harvested, rainfall amounts were 25-40 percent lower than average.

Dahle dealt with an even wider range of conditions in central Minnesota – from sunshine, timely rains, and moderate heat to drought, no rain, wind and even hail.

“The final yields were at both ends of the spectrum,” Dahle added.

Plots near Clinton, Minn., raised record yields, while plots near Starbuck were not included because of the weather extremes – drought and wind. Irrigated plots near St. Cloud were outstanding, but farmers kept the irrigators running for virtually two months straight.

“Some farmers, if they just caught that little bit of rain at the right time, it made a world of difference,” Dahle said.

Here are the results:

Seventy-two early-season (97-102-day CRM) were tested. The top 30 early-season hybrids across six sites averaged a high of 252 bushels per acre (bpa) and a low of 231.8 bpa. The six sites were Cannon Falls, Dexter, Eyota, Kasson, Nerstrand and New Richland.

“Everyone was nervous about standability of stalks, but it was more due to the plant putting everything into the ear,” Querna said. “There was nothing left to keep the stalk strong, yet the corn stood extremely well.”

He added that Dexter and Eyota were hit by frost on May 27. While there was some damage visible when he took stand counts in early June, the corn came out of it well. The yield ultimately wasn’t hurt by frost.

“The fields that had lighter soils and missed some rains, the farmers weren’t happy, but overall, most people were very blessed with some of their best yields ever,” Querna said.

“Jeffers and Lamberton had high winds in late August. Some varieties of corn just fell flat. Some stood well. I’m sure farmers will take note of which hybrids did well and which did not perform,” he added.

Forty-three all season (86-95-day CRM) corn hybrids were tested. The top 30 all season hybrids across five sites ranged from an average high of 199.3 bpa to 176.8 bpa. Data was included from Clear Lake, Foley, Milaca, Royalton and Taylors Falls. Data from Albany, a sixth site, was rejected due to drought damage variability.

“The irrigated plots near St. Cloud were outstanding,” Dahle said.

An early-season test including 49 hybrids (93-98-day CRM) included four sites – Brooten, Clinton, Lester Prairie and Montevideo. Tests were rejected in Kerkhoven and Starbuck due to drought stress. The top 30 hybrids averaged a high of 234.4 bpa and a low of 216 bpa.

“We had a test out near Clinton along the South Dakota border, and the farmer said it was the best farm average he ever had,” Dahle said. “You go 45 miles east, and there were cornfields that didn’t make an ear. The irrigated plot near Brooten was very good. The non-irrigated plot near Lester Prairie was also close to average or a little above.”

He added that the site near Brooten included individual 40-foot plots that yielded over 300 bpa. It was the first time Dahle had witnessed the “300 bpa” mark. Despite that record yield, there were also fields near Brooten where corn lodged because of wind.

“Other sites like Kerkhoven and Montevideo had a little downed corn, but it wasn’t as serious as at Brooten. I don’t have an explanation for that,” Dahle said. “It was just another thing that made it the year of extremes. Even within each plot, there were extremes.”

“I am still impressed by the number of conventional hybrids that come to the top of the FIRST trials,” Querna said. “Whatever a farmer likes to do for a practice, they usually do a pretty good job of it.

“Conventional corn can do really well because corn rootworm and the corn borer pressures are lower than before GMO’s became prevalent,” he continued. “If I was buying seed and looking at maximum economic returns, I think it is worth looking at. However, each year is different, so I think the best thing farmers can do is buy seed that gives them as much protection against risk and their best chance of maximum net profit, too.

“I could save a bunch of money and still get good yields, so I think it is worth looking at, but next year, is a different year, so I think the best thing farmers can do is buy a package that gives them as much protection against risk and hopefully high profit, too,” he added.

The MNSO site included an early-season test of 1.6-1.9, with 53 varieties tested. The results were tabulated for Kasson and Lamberton, while sites at Easton and New Richland were rejected due to herbicide drift damage. The top 30 varieties averaged a high of 64.4 bpa and a low of 54.8 bpa.

In the full-season test (2.0-2.3), three sites were rejected due to herbicide drift. A total of 54 varieties were tested at Kasson and included in the results. In three replicated trials, the high yielding variety averaged 70.0 bpa, while the lowest of the top 30 averaged 60.1 bpa.

“(A herbicide) caused the susceptible varieties to be at least a foot shorter,” Querna said. “The yields were still pretty good, but I lost three locations to herbicide contamination that affected yields.”

He added that farmers in this region sometimes plant shorter maturity soybeans. Using a fungicide, the shorter-season varieties perform like a later maturity variety.

The MNSC region included an early-season test (1.5-1.8) of 52 varieties. Results were tabulated and published for three sites – Nerstrand, Wabasso, and Winthrop, while Madison Lake was not published due to weed pressure.

“A few people talked about seeing white mold, but yields were not affected by this. Most farmers have gone back to 30-inch rows, which may have helped reduce the white mold impact despite aggressive vegetative soybean growth this year,” Querna said. “More and more farmers are using fungicides as a preventative in both corn and soybeans, at tassel or pollination, or early R1, R2 soybeans.”

The MNNC region included 37 varieties in the early-season test (0.6-0.9), but only one site was included in the final test results. While Royalton was included, the Albany site was rejected due to an incorrect herbicide application. The Foley site was damaged by severe drought stress, and the Wendell site was rejected for non-significant yield differences in varieties.

At Royalton, the highest yield for the top 30 varieties averaged 57.3 bpa in three replicated trials, while the lowest of the top 30 averaged 36.1 bpa.

For the full-season test (1.0-1.5) that included 54 varieties, two sites were included in the results – Royalton and Wendell. The highest average yield for the top 30 varieties was 61.6 bpa and the low was 50.8 bpa.

A total of 42 varieties were tested in the early-season test of the MNCE region. Maturities ranged from 1.3-1.6. Average yields for the top 30 ranged from a high of 63.1 bpa to a low of 52.4 bpa at two sites. While the sites included four locations – Canby, Lester Prairie, Loretto and Starbuck – test results were published only for Canby and Lester Prairie due to weed breakthrough and drought stress at the other locations.

“When farms caught some rain – just a little bit of rain at just the right time, it made a world of difference. What makes FIRST helpful is you get all these seed products tested across all the different soil types,” Dahle concluded.

For more information or to sign up for the opportunity to host a FIRST plot in 2022, please visit firstseedtests.com. The FIRST Seed Managers wish to thank all the current farmers that host FIRST plots.

Season-long droughts are rare in Minnesota, so 2021 gave farmers an opportunity to see what it’s like to farm in that situation.

Despite a lack of rainfall, Minnesota produced an exceptional corn crop in 2021.

FIRST Corn Plot prior to harvest