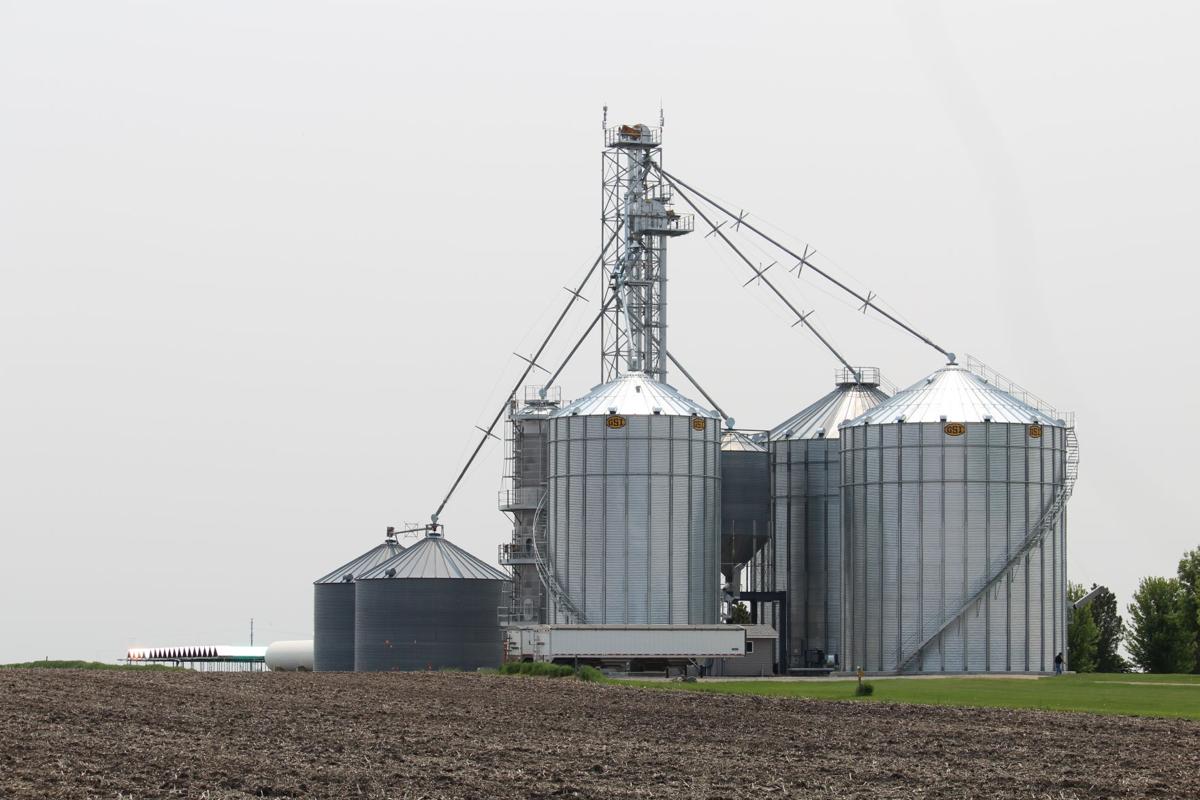 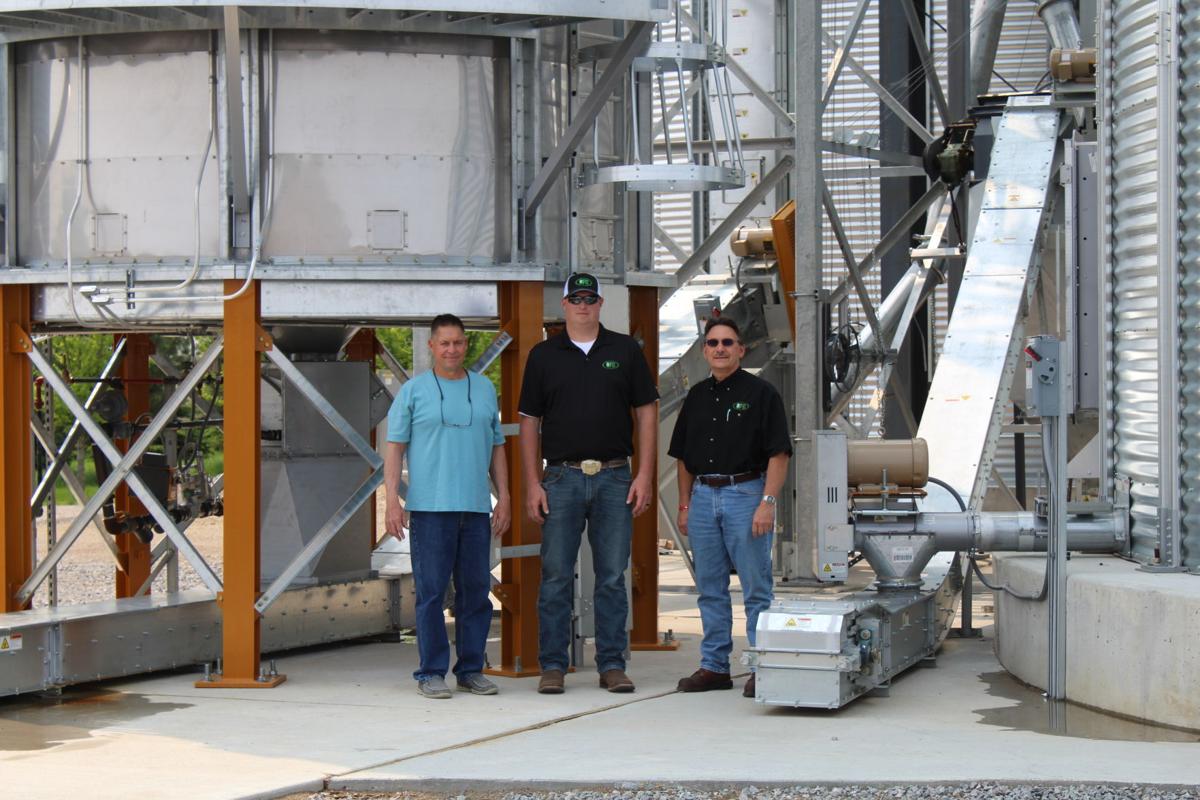 WABASSO, Minn. – Speed and efficiency are keys to a successful harvest. The faster grain gets out of the field and into the bins, the less likely it is for grain to be lost. Speed and efficiency were the two main drivers that led a Minnesota farmer to upgrade his on-farm grain handling system last year.

“Our old system was built in 1994, and since then, corn yields, acres and combine capacities have increased. “Instead of gravity boxes, we’re hauling with semi-trucks,” said Curt Trost, a Wabasso farmer, during a recent farm visit.

Curt and his two sons-in-law grow corn and soybeans together. Prior to building the new system, they worked with eight smaller bins, a grain dryer capacity of around 700 bushels per hour and an air system to move the grain into storage.

“The dryer and air system were the bottlenecks during harvest and we needed to update,” he said.

Project planning started in December of 2017 with the local GSI dealer, United Farmers Cooperative in Lafayette. Leon Portner and Steve Heldt were the GSI representatives Curt worked with.

Beginning in June of 2018, six of Curt’s eight bins were removed along with the dryer and the pneumatic grain handling system to make room for the new system. The entire project was often delayed by bad weather.

“Soon after we started excavating, we received nine inches of rain and we had two big, 12 foot deep swimming pools that we had to redo,” said Curt.

About 18 inches of gravel set to be the base of the new bins had to be dug out after the water was removed, and it was replaced with crushed concrete. Class 5 gravel was then added to the holes to bring them to the needed height to start the bin floors.

Replacing Curt’s previous 4,800-bushel wet grain bin or hopper bottom bin is a much larger, 46,000-bushel, flat bottom bin that can be utilized for storage at the end of harvest. The pneumatic system was replaced with two grain legs to move the grain from the wet holding bin to the dryer and then into the storage bins: two new bins and two of his older remaining bins.

Grain is moved from the wet bin to the new tower dyer that has a drying capacity of 1,500 bushels per hour. It is loaded from the top and gravity flows grain downward through the columns. The heat generated by the propane burner and fan inside the dryers’ plenum is forced through the grain in the columns of the tower, drying the grain.

“As the corn flows through the tower dryer, it is discharged cool and transferred into the bins,” said Portner during the farm visit.

There are several benefits to this drying method, one of which being efficiency.

“As the dried grain is cooled in the bottom portion of the tower dryer, the heat is transferred back to the heating plenum and recycled to heat and dry the new grain coming in,” Portner said. “The burner is working with already warm air, instead of the much cooler air that would be pulled in from outside the dryer.”

This process allows the dried grain to enter the storage bins already conditioned for long-term storage.

Dryers without a cooling system are dumping hot grain into the bin.

“You have 100 degree corn in the bin and it is 30 degrees outside. If cold air is forced through the grain, condensation forms on the roof and you have water coming back onto the bin’s sidewalls,” Curt said. “By dumping cool, you avoid that potential problem.”

The dryer also features a GSI WatchDog system, which allows Curt to monitor and control from his smartphone.

“If he’s out in the field running the combine, he can watch his dryer, make some adjustments, or turn it off, but he can’t turn it on,” said Portner. “That’s the nice thing about the newer technology, the controllers that are out there.”

The new system did require changes to the electrical service on the farm.

“That was a big thing Curt did. He went from single-phase power to three-phase power, so he upgraded his power supply,” Portner said. “Before, he was running with a phase converter.”

In an earlier project, Curt installed several solar panels behind his grain handling area. For about 11 months of the year he is suppling power to the local power company, which they are buying, and his meter is running backwards. Then, during harvest, when his power demand is highest, he pulls electricity from the power company, essentially running his meter back up to where he started and buying back everything he supplied over the course of the year.

Despite all the weather delays, the project was completed in time for the 2018 harvest season.

The increased operating speed was not the only positive thing Curt noticed.

“It's so much quieter. “You couldn’t hardly stand to be around [our old system] without hearing protection,” said Curt. “It was loud and everybody hated working around it.”

The new system with the grain legs and the new tower dryer is much more user friendly.