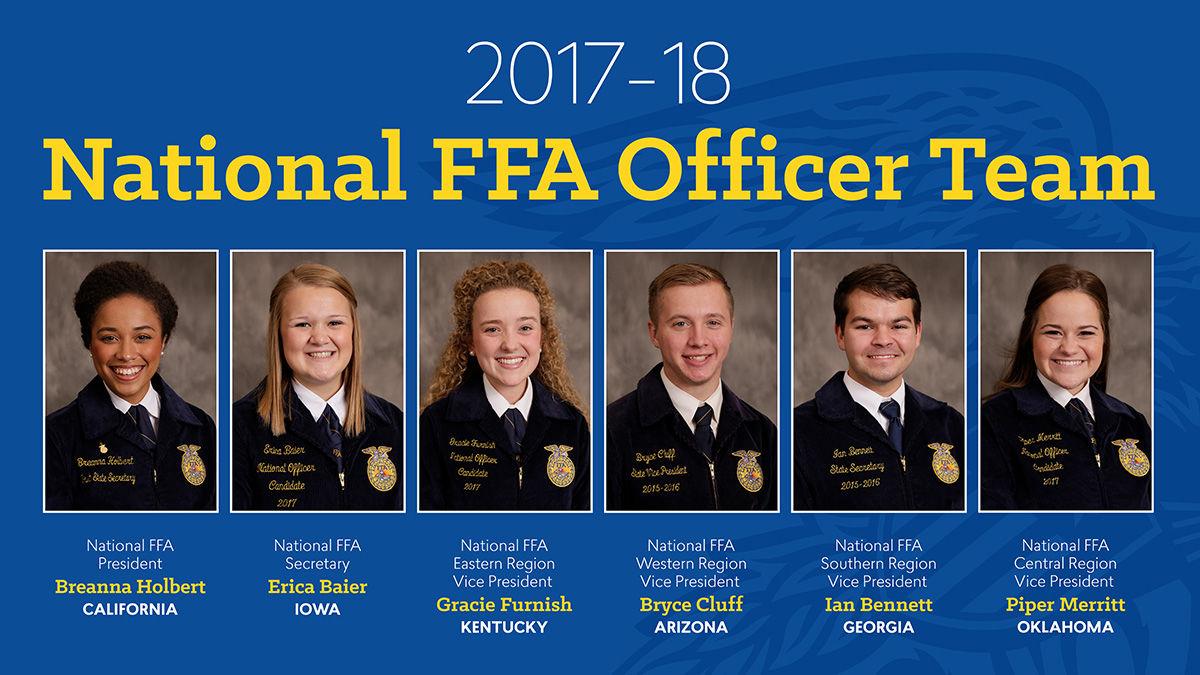 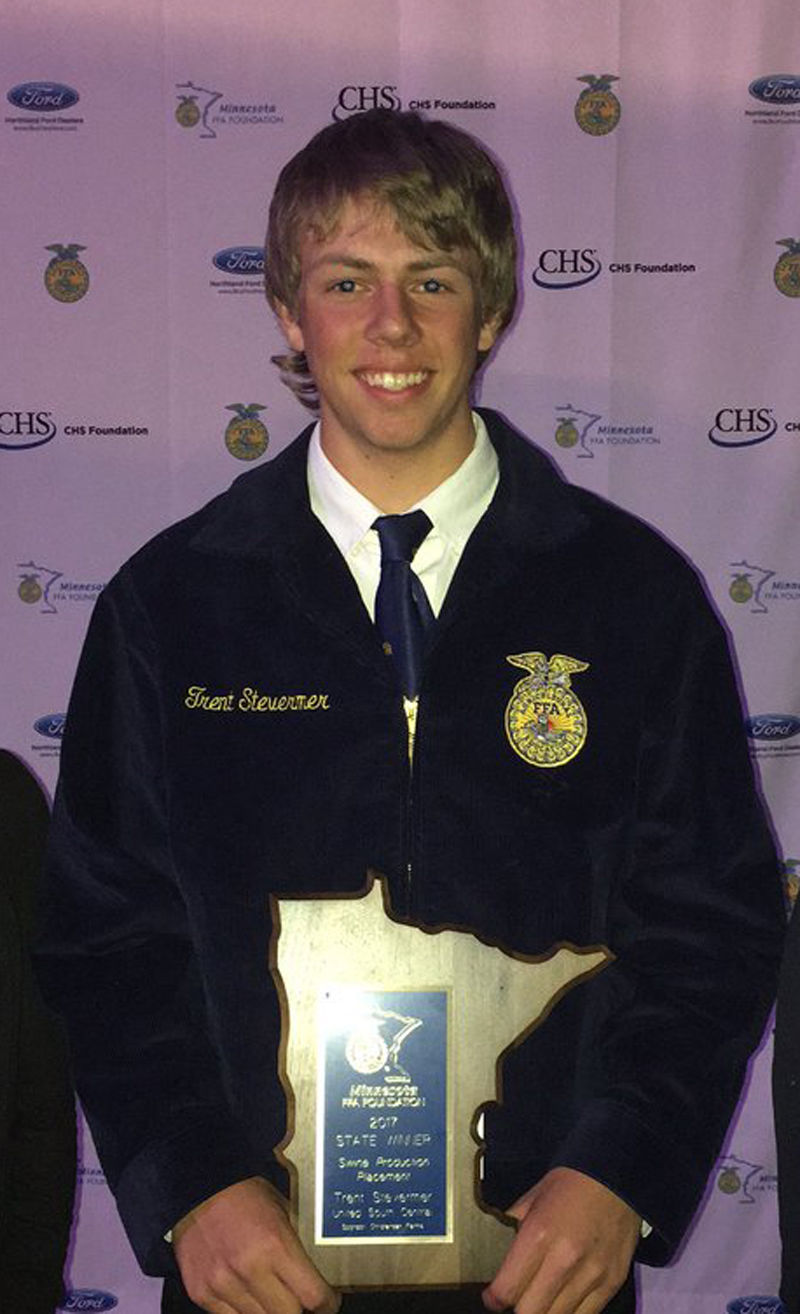 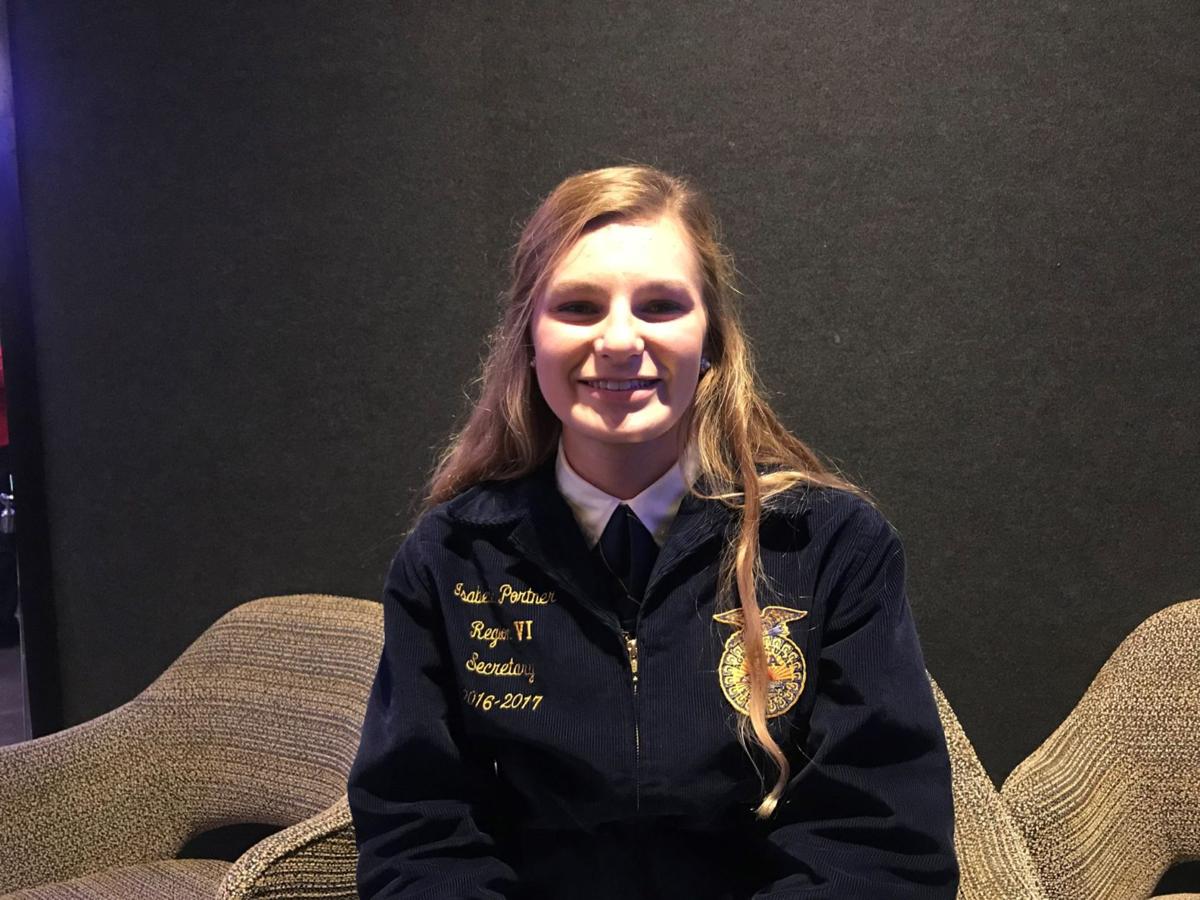 The event – held in October – is the largest annual youth organization gathering in the nation. A record 67,000 youth attended the 2017 event.

The National FFA Convention offers FFA members the opportunity to celebrate their collective accomplishments, as well as take part in the annual meetings of the group.

Joe Arnold, Holloway, Minn., was selected as the American Star Farmer. The award is one of four American Stars given each year.

The finalists traveled to Indianapolis for interviews, and Arnold was selected as the winner.

Isabella Lynn Portner from Sleepy Eye was selected as a winner for the National FFA Proficiency Award in Dairy Production - Entrepreneurship.

She grew up on the family dairy farm, receiving her first registered Brown Swiss calf when she was only seven years old. By 2016, her herd had grown to 34 cows, heifers and bull calves. Allowed to house her herd on her family farm, she barters milk sales for her expenses of feed, housing, vaccinations, semen, BST, bedding and vet costs.

Isabella hopes to continue expanding her herd throughout her life and become more productive through genetic selection. She is supported by her parents, Mary and Tom and her FFA advisors, Mary Hoffman and Kelsey Brandt.

Trent C. Stevermer from Easton was selected as the winner for the National FFA Proficiency Award in Swine Production – Placement. He is a member of the United South Central FFA Chapter, and lives and works on the family farrow-to-finish hog farm.

His responsibilities have only increased with age. Once he completed college he plants to continue the operation. He is supported by his parents Becca and Chuck, and his FFA advisor, Dan Dylla.

The following young Minnesotans were selected as national finalists:

Each year at the National FFA Convention & Expo, six students are elected by delegates to represent the organization as national officers. Delegates elect a president, secretary, and vice presidents representing the central, southern, eastern, and western regions of the country.

Breanna Holbert, an agricultural education major at California State University of Chico, was elected national president. Holbert is the first female African American elected to the office of president.

Bryce Cluff, an agricultural technology and management: education major at the University of Arizona, will serve as western region vice president.

Ian Bennett, majoring in agriscience and environmental systems – plant breeding and genetics at the University of Georgia, was elected southern region vice president.

Gracie Furnish, a career and technical education major at the University of Kentucky, will serve as eastern region vice president.