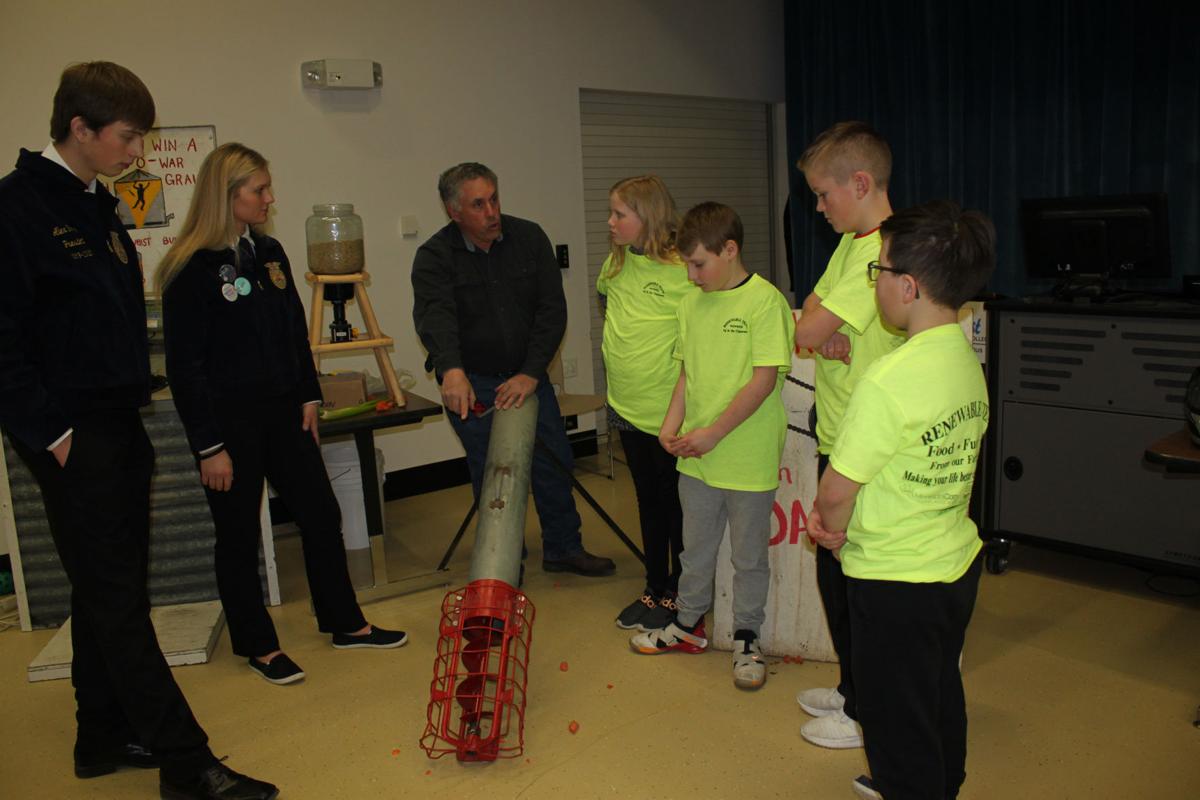 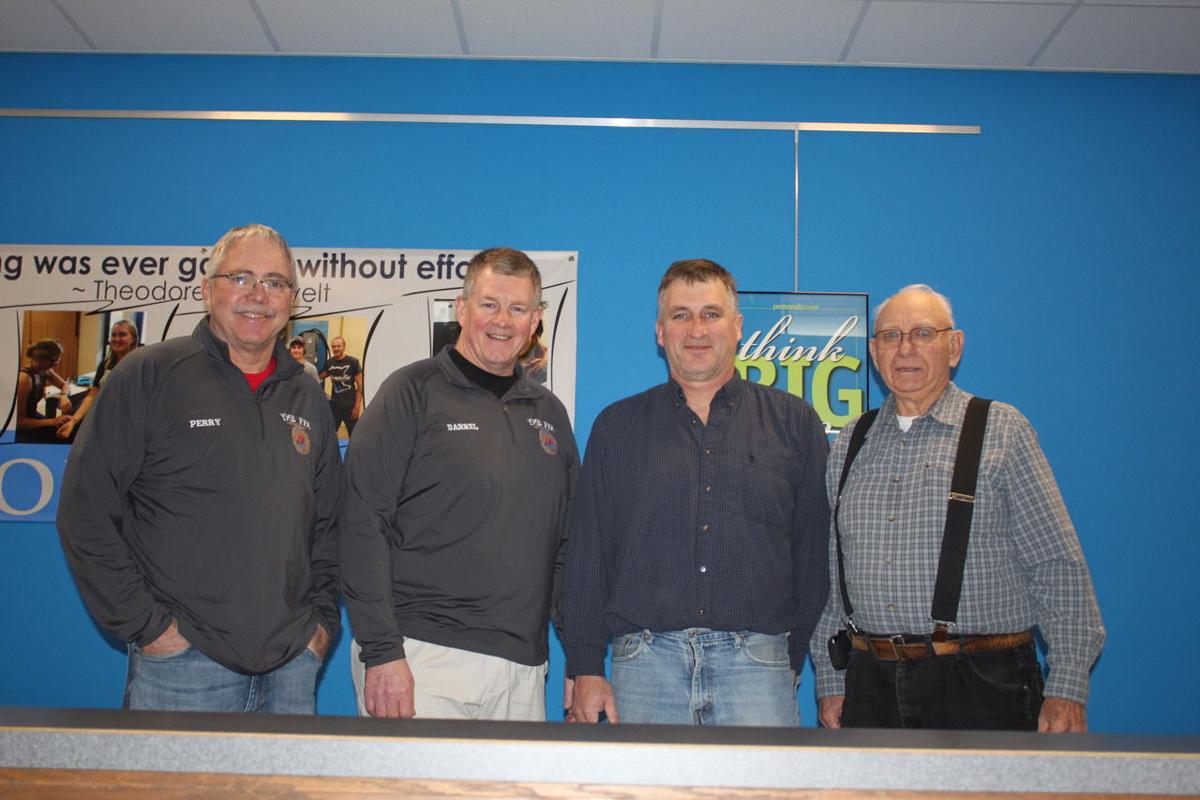 GRANITE FALLS, Minn. – When Gene Stengel talks to kids about farm safety, he sometimes gets a little hitch in his throat. He’s emotional about the day his friend, Richard Rosetter, died in a grain bin accident.

Recently, over 300 fourth graders listened as Stengel told about the accident. They were attending Ag in the Classroom on March 10 or 11 at Minnesota West, Granite Falls Campus.

The young people were from school districts across three counties.

To assure that Rosetter’s death was not in vain, Stengel has told young people of the events from Feb. 4, 2014, dozens of times.

Rosetter climbed into a grain bin – without letting anyone know – as he attempted to break up wet corn. Neighbors who were helping him, including Stengel, couldn’t find him. When they realized there was no place he could be except in the bin, emergency personnel and farmers worked for over seven hours to unload grain. They found him, deceased, at the bottom of the bin.

His cell phone showed that the last person he called was Stengel, but the metal in the bin kept the phone call from going through.

It was an experience that Stengel, and now the listening children, will not likely forget.

He hopes the students will apply the lessons he teaches to situations so they can make better decisions. The lessons he wanted the youth to learn included communicating with others your whereabouts, don’t take unnecessary risks, and use proper safety/communication equipment.

“Maybe the kids turn to their parents and say, ‘Dad, be safe’” he said. “If the message goes back to the family unit, maybe Mom and Dad say, ‘Maybe I can do more to make things safer.’”

He tells the story as his memorial to a good man. He tells it as therapy for himself. He tells the story to remind the children to work with others, to think about the consequences of their actions, and also to learn more about production agriculture and the risks involved in working with large and powerful equipment.

That’s sort of the purpose, too, of the Yellow Medicine County Ag in the Classroom day.

Young people come and learn some basic things about production agriculture. They move beyond the farm animal storybooks that are so important to early childhood development. (Think: The cow goes moo!) Their vocabulary is enriched at Ag in the Classroom day. The decision makers of the future are given a little more information to help them as they make decisions about food and farming.

“We farmers get a bad name because people think we’re polluting everything,” said Roger Dale of Hanley Falls. Dale was one of the founders of this particular Ag in the Classroom event.

The Ag in the Classroom event began in the mid-1980s. Dale was serving in leadership positions within Minnesota Farm Bureau, Minnesota Soybean Growers and Minnesota Corn Growers.

“We had set up our soybean display at the Hanley Falls Elevator annual meeting, and one of the teachers asked us if we would bring that display to the school, talk to the kids about soybeans,” he said. “So, my wife and I did that.”

The next year, the same teacher asked Dale if he would talk with the students about soybeans – as well as set up the display again.

That was the start of the program. Doug Albin, Clarkfield, who later served as president of the Minnesota Corn Growers Association, soon got involved. Rosetter, Albin and a group of local farmers began traveling to every school in Yellow Medicine County to put on Ag in the Classroom presentations.

When that became too much, the group decided to think about a centralized location. They held the program for fourth graders at Clarkfield Public School until that school closed.

Then, the opportunity came along to meet at Minnwest Granite Falls Campus – and holding Ag in the Classroom while college students were off on spring break. That’s where the event has been held the last five or six years.

The location works so well because it is completely accessible with classrooms, an auditorium, and a “farm” atmosphere in the shop areas.

Now, fourth graders from the region are bused to the event.

They attend nine stations throughout their day – six different sessions in the morning plus three more in the afternoon. In addition to farm safety, the stations feature talks by farmers who produce turkeys, soybeans, corn, beef, dairy and pork.

“Our officer team is all in official dress, and then just about everybody else has worn their FFA T-shirts, Refsland said. He added that one of the goals of an FFA chapter is to get out into the public, do community service work and promote agriculture.

“Just getting the FFA’ers here with these fourth graders today is a positive role model for the kids,” he concluded.