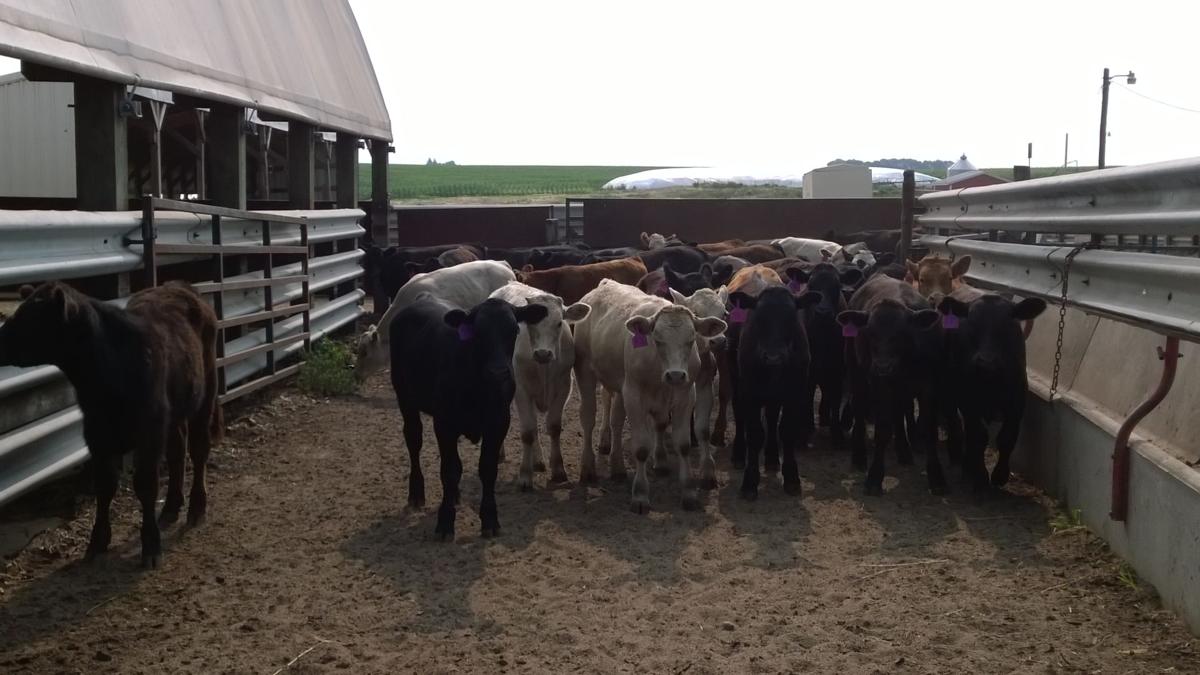 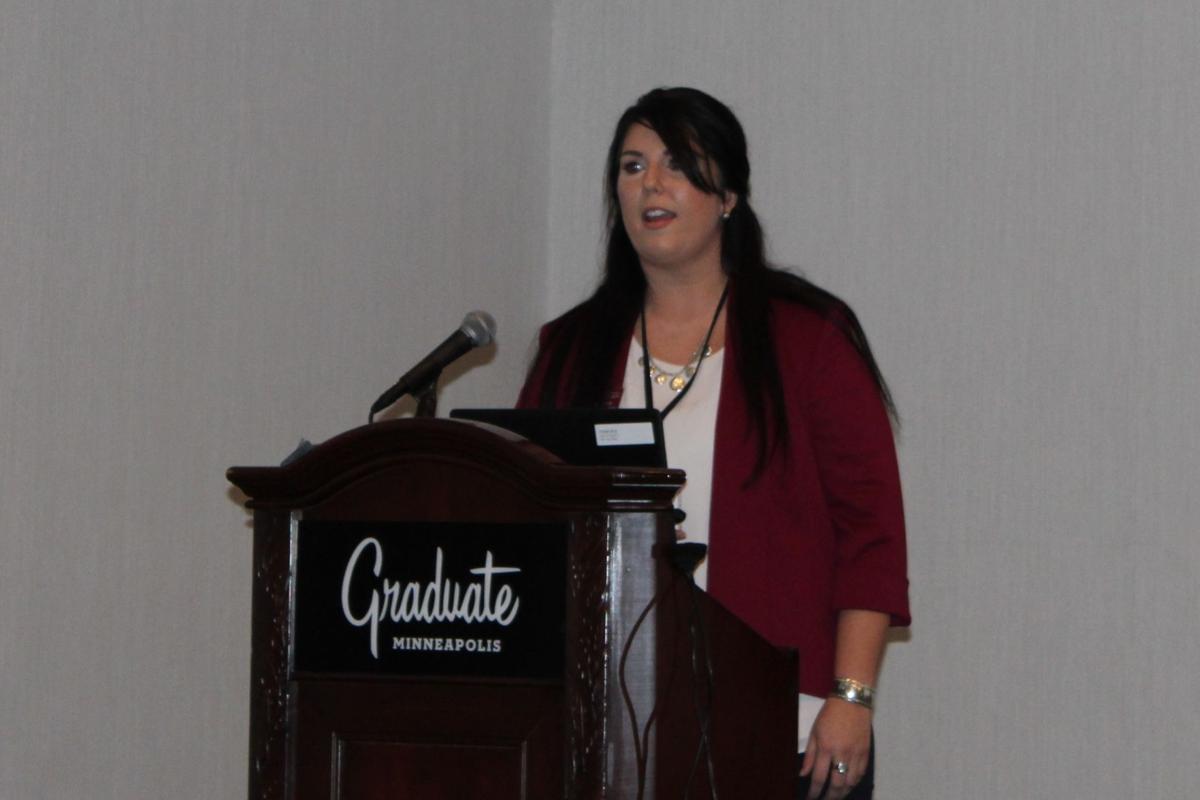 Dr. Megan Webb, University of Minnesota Extension beef production systems specialist, presenting her research at the 2019 Waste to Worth program.

Dr. Megan Webb, University of Minnesota Extension beef production systems specialist, presenting her research at the 2019 Waste to Worth program.

ST. PAUL, Minn. – Food production is a balancing act between raising an efficient, cost effective product for the consumer, but also taking note of consumer concerns and addressing them. In the beef industry, growth promoting technologies, such as anabolic implants and feed additives have improved overall feed efficiency and growth rate, but are coming under scrutiny by the consumer.

“About one third of calves at the cow-calf level are implanted with an anabolic steroid and about 60 percent in the growing phase,” said Dr. Megan Webb, University of Minnesota Extension beef production systems specialist, during a presentation at the 2019 Waste to Worth program.

The Waste to Worth program was a week long event, April 22-26, held at the University St. Paul Campus. The event explored new animal science innovations, with a focus on sustainability, practicality and consumer opinions.

Webb went on to explain that in the feedlot segment, 90 percent of cattle are implanted, with another 30 percent receiving a second implant. The majority of cattle are fed feed additives including ionophores, while over half are supplemented with a beta-adrenergic agonist known as ractopamine hydrochloride.

These growth promoting technologies not only improve the overall efficiency of the cattle and reduce the days they are on feed, but they also reduce the environmental impacts of the animal, as shown by a study done in California.

“They found that it decreased carbon footprint 4-9 percent and reduced ammonia emissions by 7 percent,” she said.

Webb has conducted her own research looking at current growth promoting technologies commonly used in the beef industry and determining how consumers view those technologies and the environment.

“I was really curious to learn if we can shift that paradigm of conventional beef production, using growth promoting technologies in context with consumers’ understanding about the benefits to the environment,” she said.

The study consisted of cattle raised using one of four common production methods or treatments in this case. The first treatment a control, received no growth promoting technologies and no antibiotics. The second, NHTC, were supplemented with tylosin, an antimicrobial, and monensin, an ionophore, during finishing, and administered antibiotics as needed due to illness, but the cattle did not receive implants.

She explained that the first challenge was describing the science behind the different treatments to the consumers in a way that made sense. This was treated with a marketing approach, keeping the science simple and focusing on the benefits to the cattle.

“We asked our consumers two things, first to consume beef during an undisclosed panel, which was essentially like a blind panel as the consumers did not know what they were consuming and to decipher palatability,” she said.

Secondly, we shared with consumers how the animals were raised using production descriptions and then asked the consumers to eat the product and decipher palatability.

The consumers’ share of preference was measured, based on flavor, tenderness, juiciness, etc., as well as their willingness to pay for beef raised in each of the four treatments.

“What is most interesting is our NA treatment,” she said. “Raised without antibiotics was initially most preferred when no information was known, however, when we shared the production description with our consumer audience, they actually preferred NHTC (raised with antibiotics and no anabolic steroids).”

During the consumer focus groups Webb said, “We learned that consumers could understand and relate to the need for antibiotic use to treat illnesses. That was an acceptable practice to them and, when they learned about the production process, they preferred that beef had the ability to be raised with antibiotics, as needed.”

In both the blind consumer panel and in the disclosed consumer panel, consumers preferred the fourth treatment, IMBA, the least. These were the cattle supplemented with ractopamine HCI in addition to other growth promoting technologies.

There was little difference in consumer preference during the blind consumer panel between NA, NHTC and IMPL, with NA being slightly more preferred than the other two.

In the disclosed consumer panel, NHTC was most preferred by 3 percent, followed closely by NA with a significant decrease in preference by 14 and 24 percent among IMPL and IMBA, respectively.

“We found consumers could detect differences in palatability among our treatments and we found overall that NA was actually less valued than NHTC among consumers,” said Webb.

Environmental impacts were most reduced by IMPL. Carbon foot print was reduced 7.8 percent, energy use and water use were decreased by 5.5 and 6.0 percent, respectively and reactive nitrogen loss was reduced by 5.5 percent when compared to NA as a baseline.