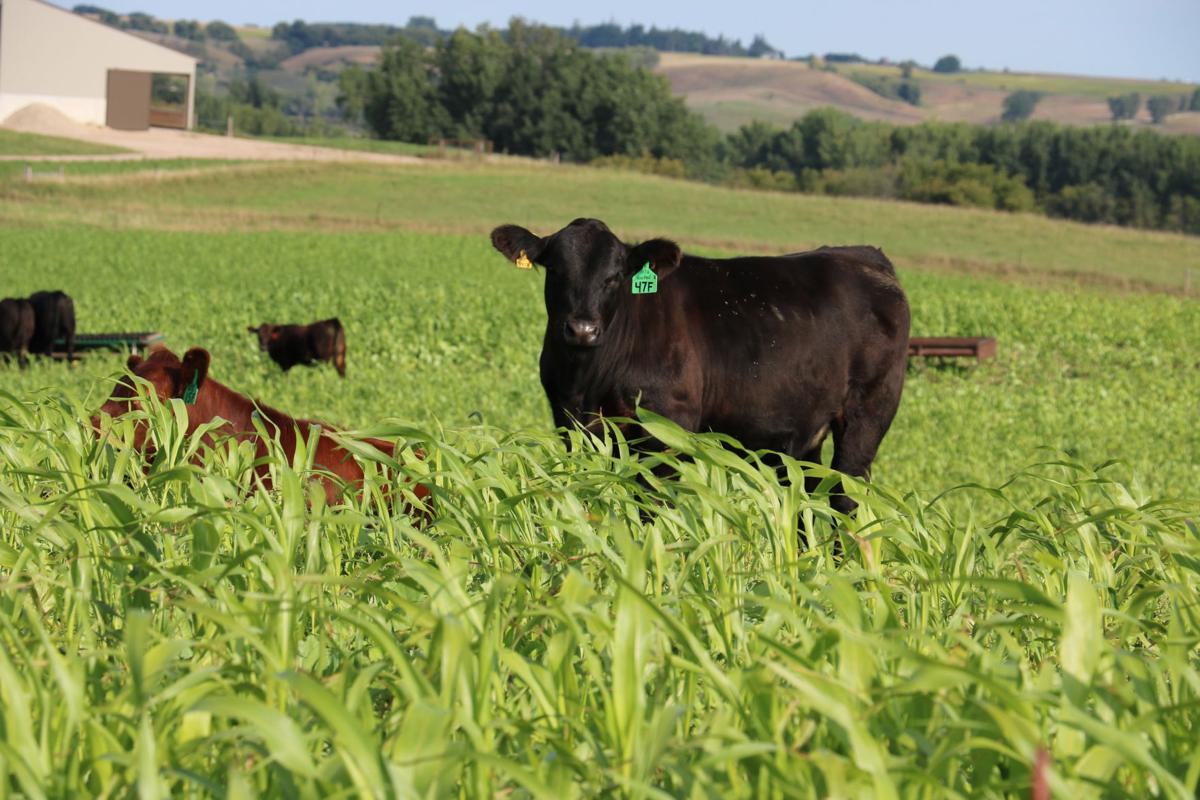 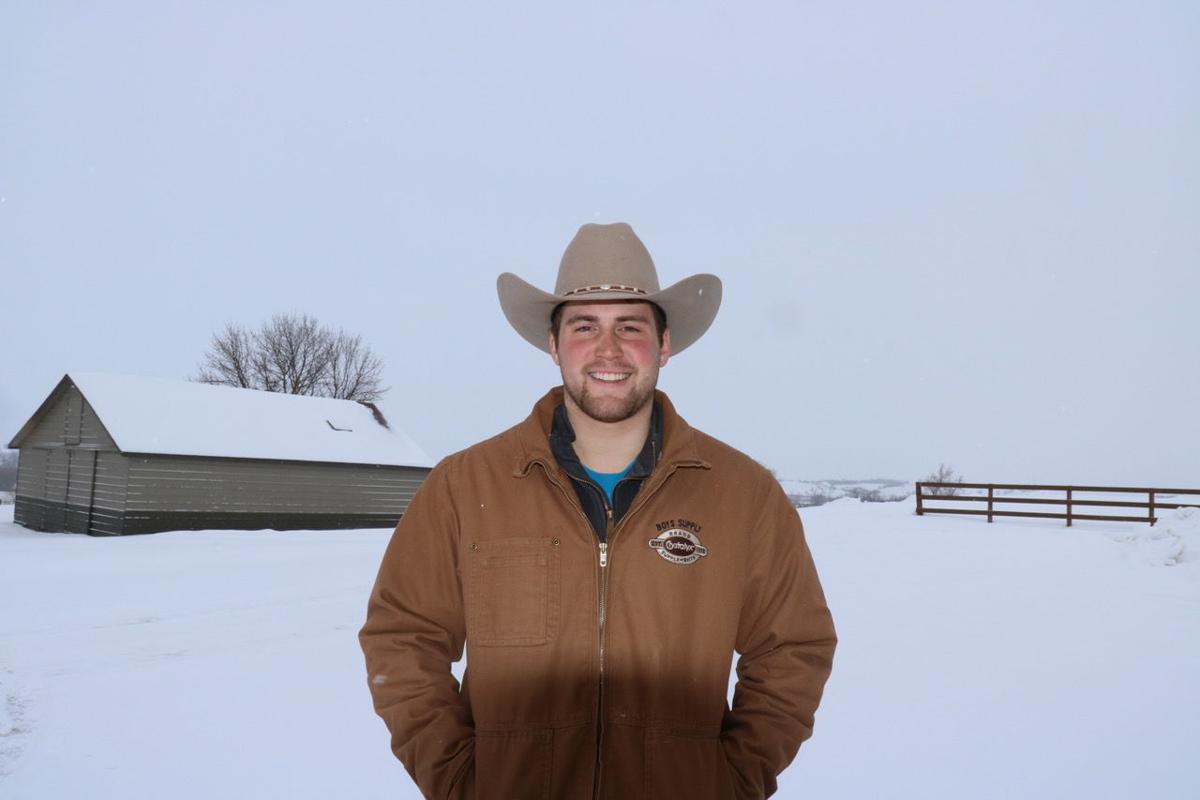 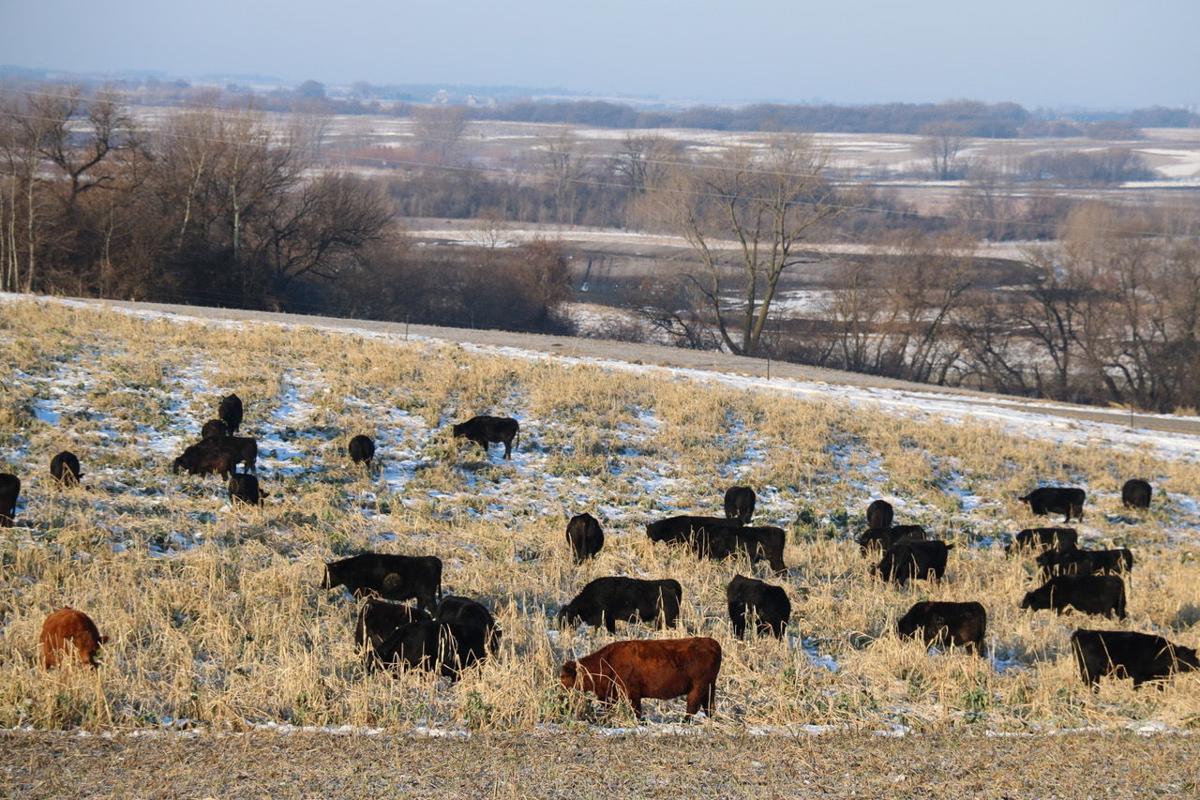 STARBUCK, Minn. – When it comes to the U.S. cattle industry, Brady Wulf has a respected grandfather, the late Leonard Wulf, and father, Jim Wulf.

Wulf Cattle, Morris, Minn., founded by Leonard, is ranked as one of the National Cattlemen’s Beef Association’s Top 25 Seedstock Producers in Limousin production. Clear Springs Cattle Company, of Starbuck, owned by Jim and Twyla Wulf and family, is dedicated to high-quality Simmental and SimAngus seedstock.

When you talk to Brady, 24, you get the sense that he expects to add value to the operation through his own career – not just based on his parents’ or grandparents’ success. Like his family, he’s focused on cattle production; but he’s also working on a strong and new connection between cattle and soil health.

He previously helped his family move from their Morris farm to their Starbuck farm in 2011, then earned his associate’s from South Dakota State University, completed a summer internship at Jorgensen Land & Cattle Company of Ideal, S.D., worked full-time for CR Koehl and Sons of Morris, and most recently, participated in the Top of the Class Minnesota Beef Leadership Program.

The Top of the Class program helps industry leaders develop skills to maximize their impact and effectiveness in various arenas. With this training, Brady is ready to serve as a source of information about beef production, starting with his own operation.

“The main thing Top of the Class has helped me with is to have a better understanding of the beef industry as a whole instead of just focusing on the cow/calf side,” he said. “It has also helped build a network in the beef community and armed me with a lot of good information when talking to consumers about beef.”

He continued, “I am a strong believer in what my Grandpa Leonard would say, ‘We have to first promote the industry, and then the breed, and our own operation last, because if the first two fail, we will too.’”

Clear Spring Cattle Company will calve out about 350 cows and heifers and feed them on about 300 acres of farmland plus pastures. They sell extra corn and raise soybeans as a cash crop for the rotation.

Crediting the Jorgensen’s; as well as cover crop consultant Cody Nelson, owner of Soil RX; and others, Brady and his family tried several new crop production strategies in 2019.

 Widened corn row spacing from 22 to 44 inches. Planted cover crops between rows when the corn was about 8 inches tall. Their yield checks found no statistical difference in corn yields in 22- vs. 44-inch rows. They grew more cover crops in the wide rows, because there was more sunlight.

 After harvesting full-season soybeans in October (forestalled due to excess rain and coolness), planted winter wheat at a rate of 120 pounds per acre. Insecticide and fungicide treatments were applied to the wheat seed. They saw germinating wheat, but there wasn’t emergence in the fall of 2019. They hope it comes up in the early spring.

 Spread winter rye seed after harvesting corn, and before allowing cows to graze the cornstalks. The rye in the spring will be chopped or just used as a cover crop before corn or soybean planting. They’ll terminate the rye before corn planting or when the new soybeans are a few inches tall.

“The motto that I like to use is, ‘How can we produce the most forage per acre?’ – whether that’s harvested, forage, or grazed forage,” said Brady.

Important benefits of their new practices include improved organic matter. Through the use of manure, no-till and cover crop strategies, the Wulfs were able to increase organic matter from 1 percent to 3-3.5 percent in about five years in one of their fields.

“We’re able to see a return on our cover crop investment through cutting back on fertilizer,” he said.

Another benefit – some cows due in March grazed cover crops until Jan. 13, 2020. The cows were able to find food despite 8-12 inches of snow.

“The big thing is we watch the cows and let them be the indicator of when we need to bring them home,” he said. If the cows are spread out over a field grazing, they are content and finding feed. If they are bunched by the gate and bellowing, it means they’re not finding enough feed.

Grazing cornstalks is another practice the Wulfs adopted many years ago. They pay 50 cents to $1 per day per cow for grazing cornstalks interseeded with cover crops, Brady said. In 2019, they recorded 6,000 grazing days on 160 acres of cornstalks. The landowner has also measured larger corn yields after cattle graze cornstalks in the fall than with commercial fertilizer only.

The herd is placed on pasture in the summer, and the Wulfs work with the U.S. Fish & Wildlife Service to graze public lands.

The goals of Clear Springs Cattle Company include minimizing the number of times they have to use the feed wagon or the manure spreader. They had pretty good success with that in 2019 and it certainly looks like that will continue in 2020 with their many grazing and soil health/seeding strategies.

They’re also developing a farming system that can handle larger rainfalls without ruining the soil structure. Ponding has lessened. Tiling is only used as needed to keep the soil and crops healthy and growing.

“We raise and sell Simmental/SimAngus bulls for both the commercial producers and other registered seedstock producers,” Brady said.

Bulls for the sale are brought to Starbuck in September and put on feed. Producers can look at the cattle ahead of the sale, but the actual auction features videos as well as bidding/sales via the internet. The 2020 sale will feature 120 bulls, 30 bred heifers and five top-quality open heifers – called the Fabulous Five.

The Wulfs pride themselves in raising breeding stock that will work well across the U.S. and Canada.