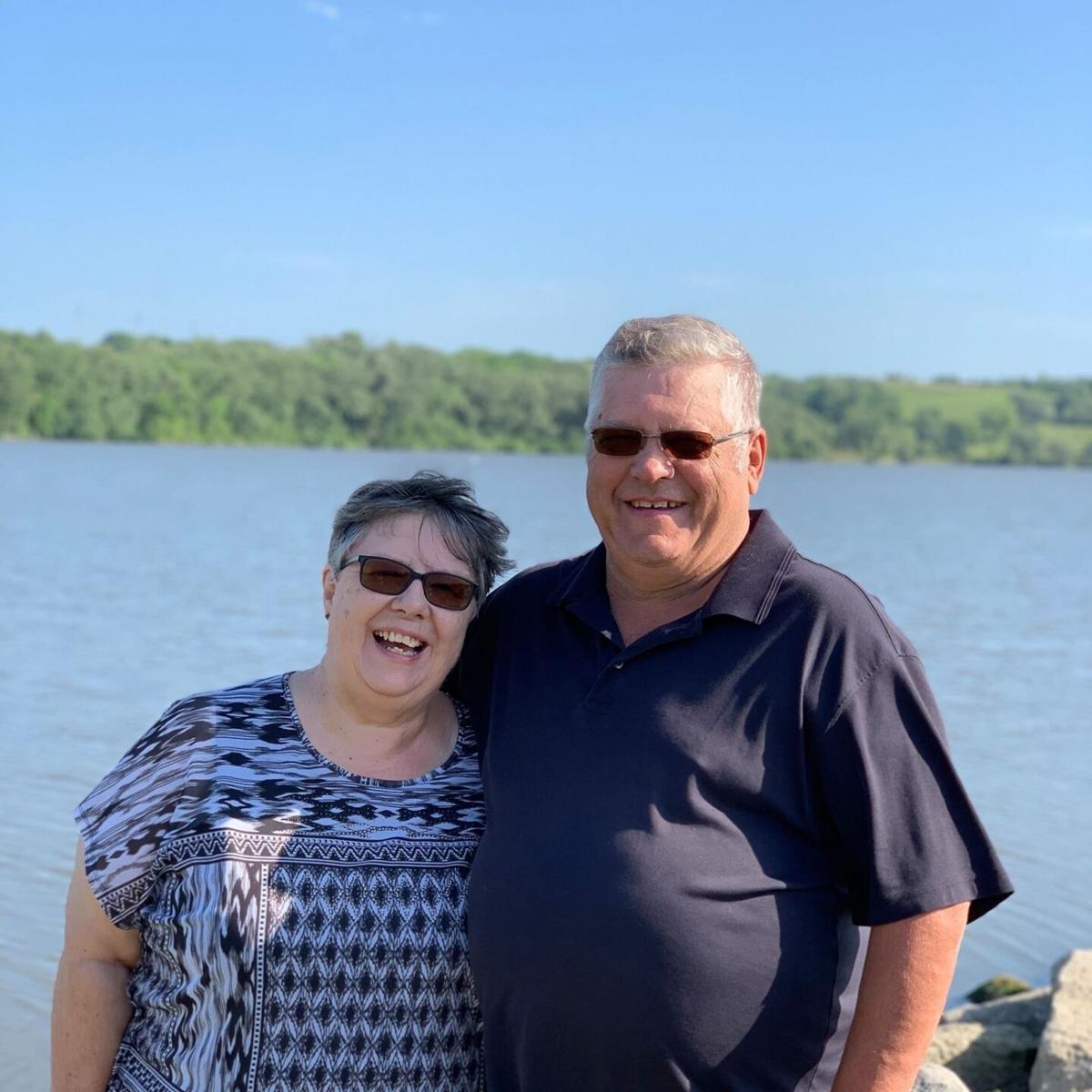 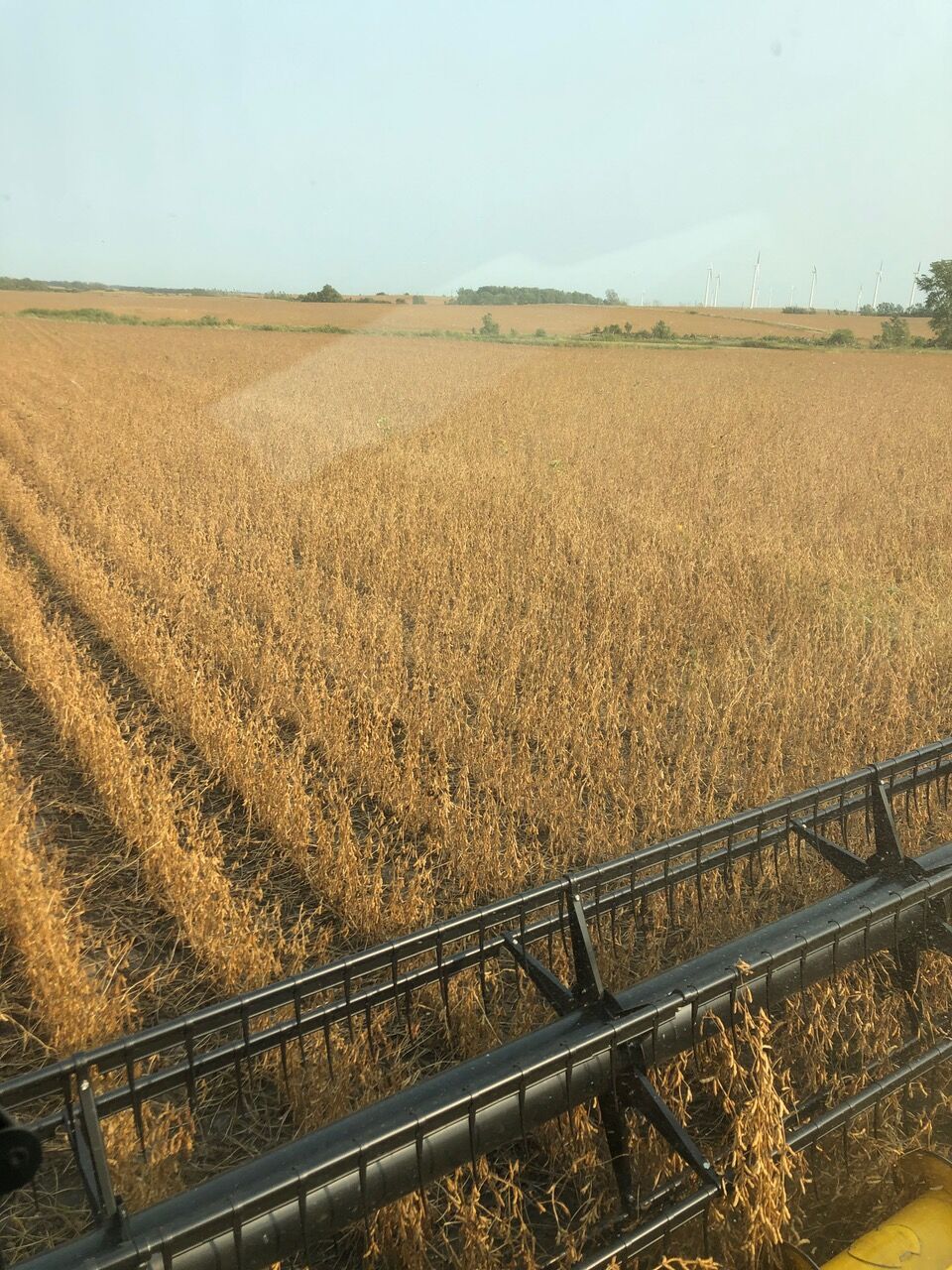 LAKE BENTON, Minn. – Soybean harvest 2020 was going well for the father-and-son-team of Bob and Jon Worth.

All summer, they’d worked on machinery and gotten their bin site ready to go – including building a new bin for drying soybeans.

Their plan worked out pretty well. The earliest soybeans measured 14-16 percent moisture, so the Worths put those beans into the new drying bin. It had been tough harvesting with green stems, but they were able to combine and then produce a good product with 13 percent moisture using the bin.

Then, in a matter of two days, the combine started reading soybean moisture levels of 11-12 percent – too dry. They didn’t want to give up yield with low moisture levels.

Conditions turned dry enough that Bob and Jon kept a close eye on the dew and humidity, and the potential for pods splitting open in the header. They didn’t want beans to pop and land in the field.

“The new auger flex heads are much better than the old heads ever were,” Bob said. “That helps a lot with the field loss, but still you have a loss.”

Half of their many soybean fields were combined in about a week and a half.

“The yield is better than I anticipated by 3-5 bushels,” he said. “That’s really good – so far. We can always run into a snag, but I think we’re going to be okay.”

Dry conditions in August took as much as 10-15 bushels per acre off the beans raised on the top of the ridge. Soybeans down the slope didn’t suffer as much from the drought and made up for a lot of those bushels.

Soybeans – planted on 2019 prevented planting acres – yielded well this year. After 2020, the farm was going to be back to the Worths’ standard corn and soybean rotation.

Soybean prices drastically improved – up a dollar from mid-August to mid-September. Export demand plus a reduction in supply from Iowa’s weather problems had taken bids higher. Plenty of rail cars helped keep the basis from widening in western Minnesota.

Farmers were trying to harvest quality soybeans as quickly as possible and hauling them straight to town to receive a good bid. The harvest pressure was expected to show up in the bids at any time. The Worths hauled as many soybeans as they could to town, too. With the ability to deliver on their contracts, they hoped to empty their new bean bin for future corn storage.

“There’s getting to be longer lines at the elevator,” he said. “Everybody is getting started and the beans are coming to town.”

Not all of the soybeans were ready to go at the same time. Some farms received hail damage in early June, and some farmers chose to do some replanting. He expected the late-planted soybeans would be harvested beginning around Oct. 1-3.

“It’s still tough cutting because the stems are still grass green at the bottom and there are green leaves on them yet, but the beans are all dry,” he said.

The Worths had P and K spread on their harvested soybean fields and then used a chisel plow with chisels spaced 16-inches apart to work in the fertilizer but leave residue on top.

“We’re getting ready for next year,” Bob concluded.