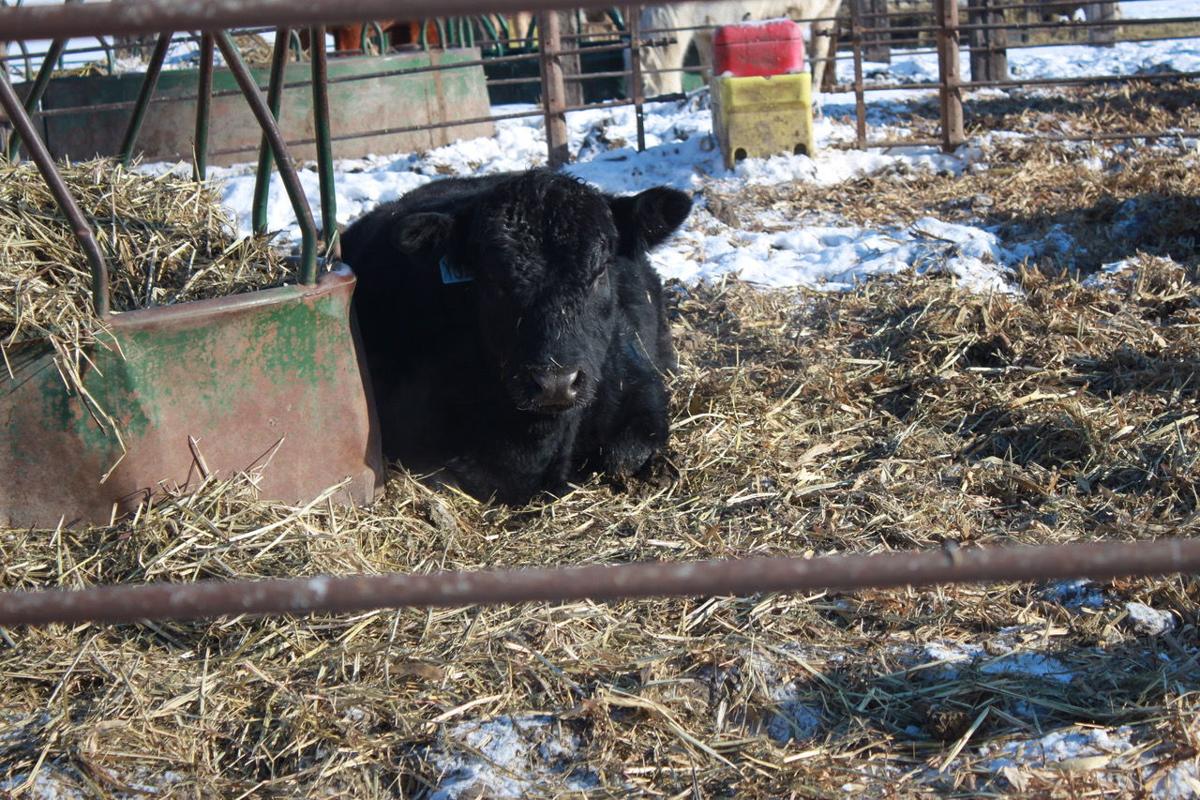 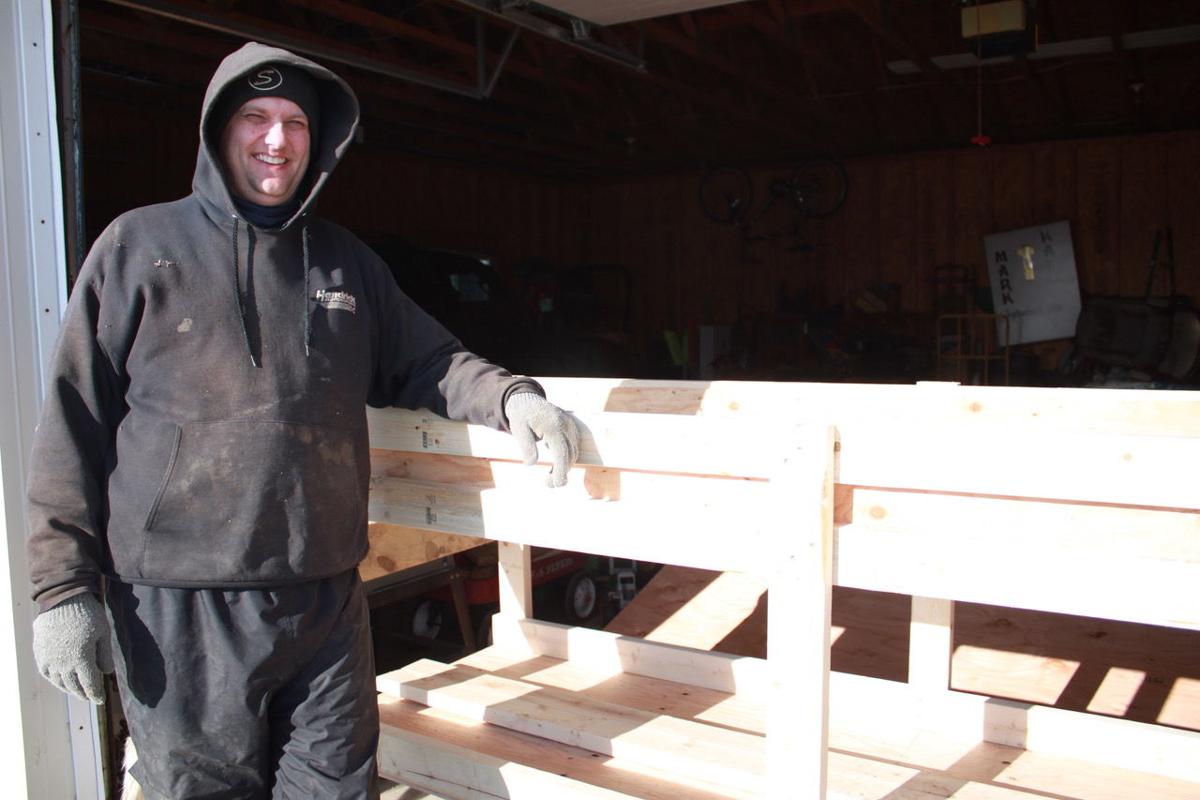 Mark Schoenfeld is pictured with one of the new heavy duty ewe feeders. A cattle panel will be added to hold hay.

Mark Schoenfeld is pictured with one of the new heavy duty ewe feeders. A cattle panel will be added to hold hay.

DAWSON, Minn. – Lambs born after the first of the year often look best in the show ring because of their growthiness and size. So, it makes sense that Circle S Cattle and Club Lambs will have lambs born in early January.

The challenge to this is the cold weather makes it more difficult to keep baby lambs alive. Ewes and their newborn lambs need a good start, and Kami and Mark Schoenfeld are making that happen with a new lambing barn.

The construction crew had made progress on the new barn as of Dec. 14. Steel siding/plus vapor wrap was on and matched the color of the Schoenfelds’ other outbuildings. A large scissors lift sat in the shed ready for the construction crew to install insulation and a false ceiling. Mark had treated tongue and groove lumber applied to some of the walls. The boards will keep manure where it’s supposed to stay, plus provide safety to newborn lambs that seem to find themselves terminally stuck in any little nook or cranny.

Concrete for the warming room had cured.

“Predominantly, it’s crunch time to get the lambing barn done,” Mark said. “We’re shearing ewes on Dec. 23, and they need to be in the barn by Dec. 22.”

On Dec. 14, Mark and Kami and their children, Colton and Braxton, plus Kami’s dad, Harvey Hastad, were building hay/grain feeders. Using designs from Premier 1 Supplies out of Washington and Iowa, the Schoenfelds built heavy duty wooden bunks that incorporated cattle panels to feed hay. The feeders were strong and well built, and quite a bit cheaper than metal feeders.

“You order the blueprints from them and they have all of the measurements and the material list,” Kami said. “So you just go pick up all of your lumber, and then you just follow their blueprint and build the feeder based off of their diagram.”

The family had a nice heated shop to work in, so that helped greatly with the building process.

Cattle and ewes were comfortable outside. The cattle laid on corn stalk bedding – their winter coats were nice and fluffed out for great insulation.

“The cows are in coast mode,” Mark said. “We feed them and keep them going. We'll start getting more prepped for calving and doing a few things around the cattle after the first of the year.”

The ewes were healthy too in their outside environment. They reached their heads into the big round bale feeder to grab out grass hay to munch on.

A big event for the Schoenfelds involved their good friends Mark and Emily Hilbrands of Clara City. The Hilbrands/Eberspacher family was hosting a live nativity scene at their farm on Dec. 22. The Schoenfelds were going over to serve as shepherds and were bringing a couple of sheep. Amazingly, a few hundred people were expected to attend and be reminded that 2020 is a new beginning, and there is a lot of promise in the future.

The Schoenfelds wish to share their hopes for a peaceful 2020 with readers. Happy New Year!

Show pigs for sale. Excellent quality and priced to sell.