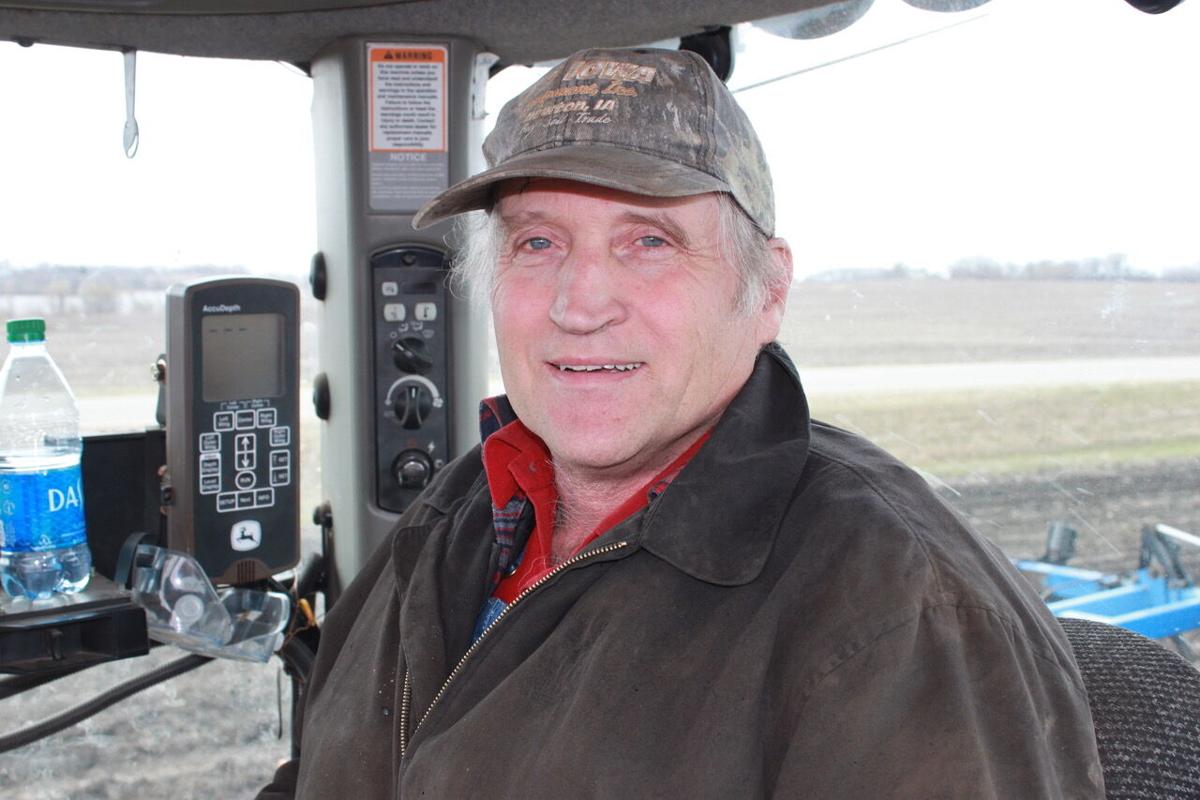 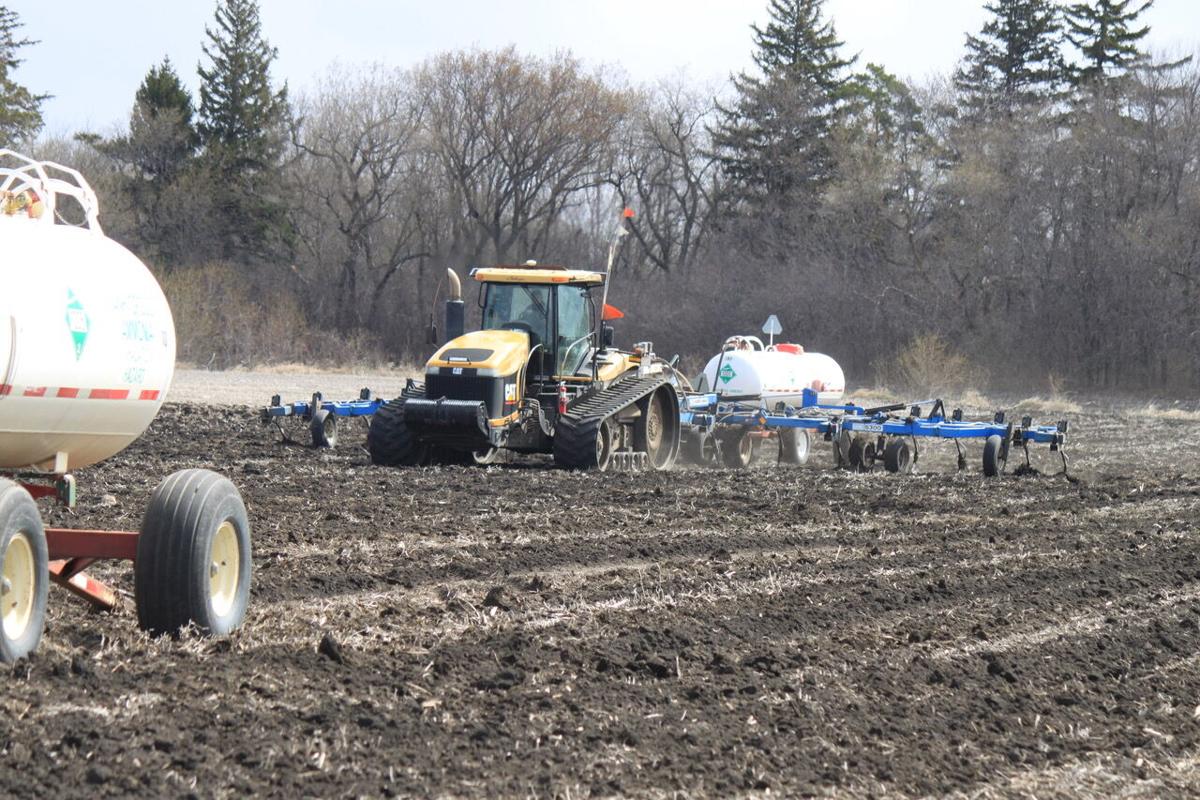 STARBUCK, Minn. – The soil calls out to Paul Freeman each spring and tells him it’s time to plant.

2021 will be his 42nd year as a full-time farmer. This year’s crops are corn, soybeans, and non-GMO soybeans. He’s also very involved with the Minnesota Soybean Growers Association, the membership arm of Minnesota Soybean.

He and his wife, Roberta Freeman, live in Fergus Falls, Minn., and own farmland and CRP near Lengby, Minn., in Mahnomen County. The farmland, which is in the White Earth Reservation, was purchased from Roberta’s parents and is rented out to neighbors.

Paul spends most of his time farming in Pope County, as well as Douglas County.

From the cab of his CAT MT 865 Challenger track tractor, on April 19 near Starbuck, he gave his first Producer Progress interview. The tractor pulled a blue 5300 Nutri-Placr followed by an anhydrous ammonia tank.

He feels anhydrous is a good fertilizer choice because it is less expensive than some forms of nitrogen. There have been a lot of problems with pocket gophers, and anhydrous seems to keep them at bay, at least for a while.

He explained that anhydrous enters the soil as a liquid, turns to a gas right away in the soil, bonds with the soil moisture, and is available more quickly than other forms of N.

It was nice to be out in the field getting some work done given the cold spring. He’d actually started applying anhydrous on April 5 when the temps were warmer. After a day and a half of work, rain chased him out of the fields.

He spent three weeks working in the shop at the home farm south of Starbuck, and it was sort of a lucky break. The knives on the Nutri-Placr were faulty, so they all had to be replaced.

Paul hoped to plant corn by April 23-24. His next report may have some good details about that.

A popular Communication and English faculty member, Roberta was selected by the students to give the virtual graduation address in 2021. It is quite an honor, and one that she intends to do well.

Their family includes Paul’s daughters: Therese, Ashlei, Allie, and Maggie; as well as Roberta’s daughter, Hannah; plus their significant others and eight grandchildren.

Paul’s Mother, Mary Freeman, passed away last fall. His father, John Freeman, is 95 years old and lives in Alexandria, Minn. Mary spent her entire career working as a nurse at the Glenwood Hospital, while John farmed and purchased/operated the Glenwood creamery.

“When Dad got to be 65, he said, ‘I’ll drive the tractor, but I’m tired of figuring out these farm programs.’ So that’s what he did. For many years, he was a tractor driver and always handy with advice,” Paul said.

These days, Gary Koubsky of Glenwood, Minn., helps Paul out.

“He’s been with me since the spring of 1997, and comes out after work,” he said. “When Gary is here, something is going to get done.”

In late April, the only thing holding back fieldwork and planting was the temperatures. Every night between April 9-24, temperatures dropped below freezing at night. The cold temperatures made it difficult to work with water, and the forecast through May 1 still kept the lows just above freezing, with highs in the low 60s.

“I am traditional,” Paul said. “I have neighbors that plant beans before corn, but I have seen several times where there has been snow on the corn in May. It’s a gamble if you plant soybeans real early.”

Minnesota Farm Guide and Farm & Ranch Guide wish to thank Paul and Roberta Freeman for sharing their farming operation with readers during the 2021 growing season. We wish them great success!

HERMAN, Minn. – What looked like a very early spring turned around to a more normal start for D & K Farms of west central Minnesota.