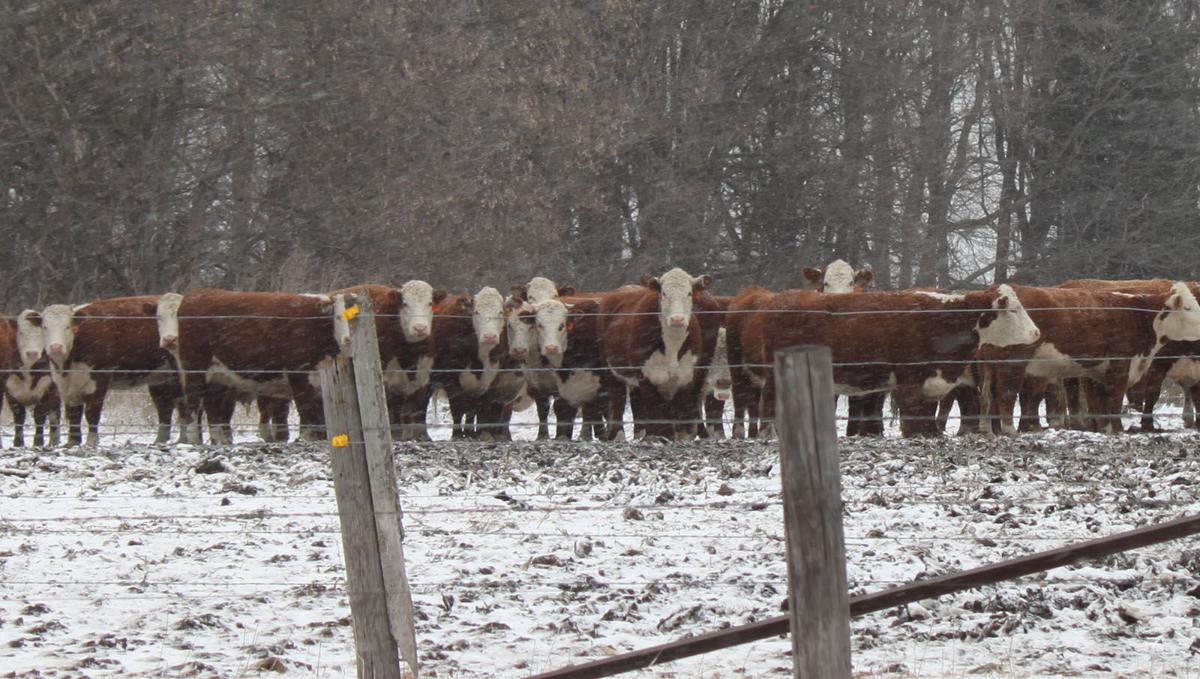 About the cover: Schafer Farms Registered cows are at home for the winter months. Photo by Andrea Johnson. 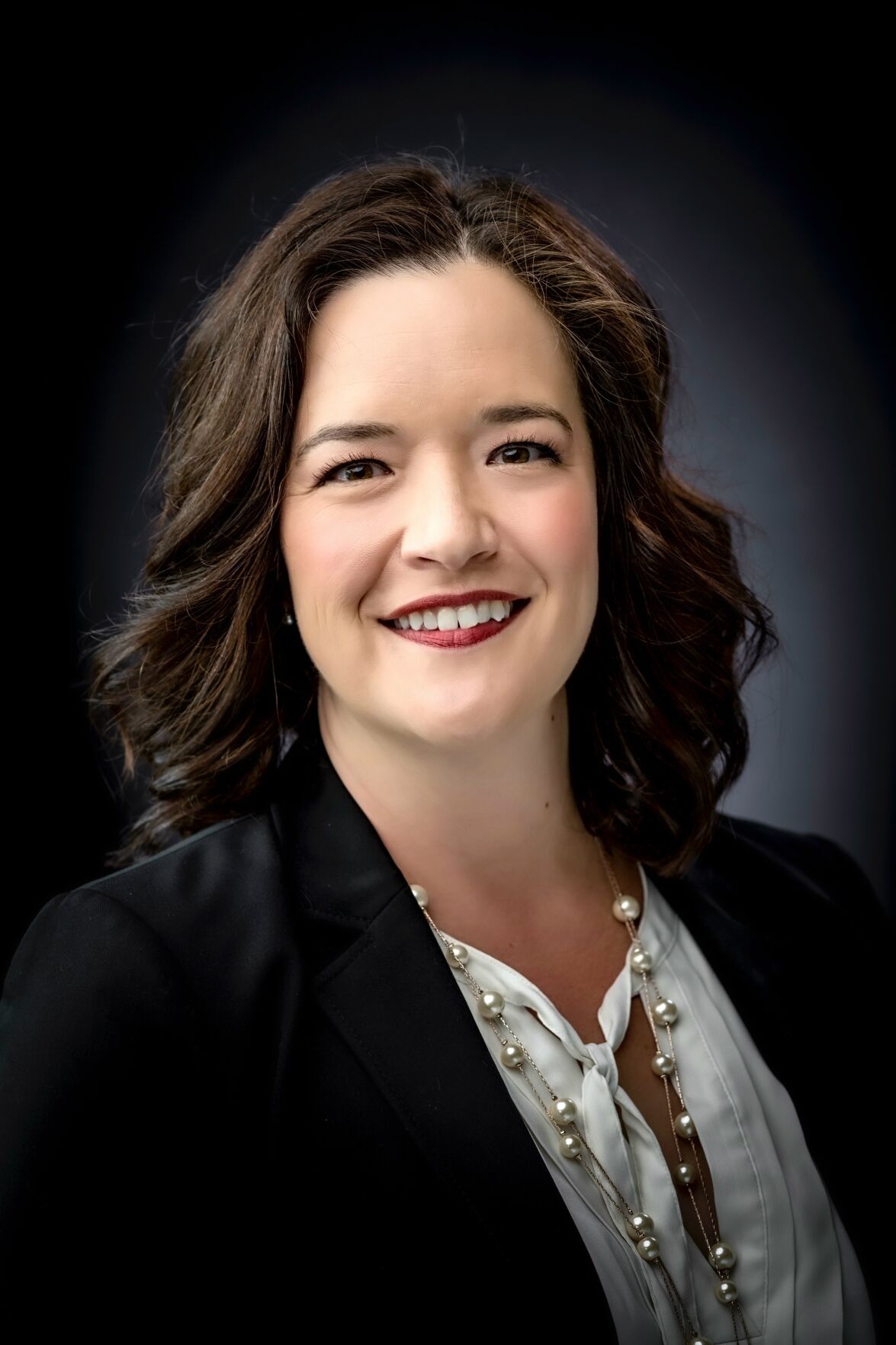 HINCKLEY, Minn. – The Beef Checkoff has increased the demand for beef over 35 years.

Congress included the development of the Beef Checkoff program in the 1985 Farm Bill. Today, there are 22 different commodity checkoff programs.

Cattle producers organized a checkoff program shortly after the passage of that Farm Bill. They received approval to collect $1 each time a head of cattle was sold, and the equivalent for imported box beef.

Through hard work and a clear vision, the Cattlemen’s Beef Board (CBB) reached its 35th birthday in 2021.

“Why do we have a checkoff? We had a significant image problem with ourselves in the 1970s and 1980s as a beef industry,” said Sarah Metzler, director of organizational communications for the CBB.

Metzler gave the keynote address at the Minnesota Cattle Industry Convention and explained that in the early 1980s, The Beverly Hills Diet was published. The book said people could lose weight rapidly by eating fruit for 10 days, then adding carbs, and finally adding protein. As the United States moved away from an agrarian society, consumers were encouraged to reduce the amount of red meat they were eating.

“It was the most iconic program and promotion of its era,” Metzler said. “It didn’t belong to our industry, it belonged to Wendy’s, which we love, but it wasn’t ours.”

With the beef industry obtaining the checkoff in 1985, work began on all aspects of improving beef.

The CBB includes 101 directors that meet twice yearly. The number of directors is based on cattle numbers for each state, with one director for 500,000 head. For each million head thereafter, the state gets another director.

An equivalent formula is used to seat its seven importer members. For every 600 pounds of beef imported into the U.S., importers pay $1.

“They pay just like you, it comes through customs, and they make up a significant chunk of the checkoff – about $8 million annually,” Metzler said.

Each director is appointed by the USDA Secretary of Agriculture.

When Minnesota producers pay the checkoff, 50 cents per head stays with the Minnesota Beef Council, and the other 50 cents goes to the CBB (about $40 million annually). Ten people are employed by the checkoff to facilitate the use and oversight of these producer funds.

Among the work of these groups is reaching the Millennial generation, with an estimated population of over 72 million; and Generation Z, with over 67 million young people, who may not have learned about the great taste and benefits of beef.

“We have to make sure beef is in the forefront,” Metzler said.

About $10 million is spent annually on the promotion of beef, and that includes expensive TV ads aimed at young adults. There are also new promotional techniques for reaching customers digitally, including geofencing.

When a consumer scans a beef product in the grocery store, the checkoff can capture that phone’s data and send digital advertisements to that consumer with beef slogans and even recipes.

The Beef Checkoff is also a major sponsor of the Beef. It’s what’s for Dinner. 300 in Daytona Beach, Fla., each February, the first race of the NASCAR Xfinity Series season.

Recently, the Beef Checkoff conducted a successful promotion with McDonald’s and DoorDash – for every $15 delivery order, customers received a free Quarter Pounder with cheese.

The results – total beef sandwich units sold on DoorDash for McDonald’s increased by 22 percent in one week across the U.S.

As far as international marketing, the Beef Checkoff promotes U.S. beef in 29 different foreign countries and/or regions around the world.

“China’s (beef consumption) is exploding, as is Japan and Korea,” she said. “The Costco in Korea – they have to guard the trucks as they are backing up because people are waiting in-line for U.S. beef.”

Metzler reminded all of those attending the Minnesota Cattle Industry Forum that only 4 percent of the world’s population lives in the U.S.

“I’m all for being patriotic and keeping and eating our U.S. beef here, but we want to take advantage of the fact that we have a lot of customers that are desperate for our beef outside of our borders,” she said.

The checkoff promotes veal as well as dairy beef. Research areas include everything from antibiotic use in livestock, to Beef Quality Assurance standards, to consumer research.

Beef producers can receive a quarterly newsletter with lists and information about these projects, or they can find lots of information at the Beef Checkoff website, DrivingDemandForBeef.com.

For every $1 that is invested in the Beef Checkoff, $11.91 is returned to the industry, she added. A return-on-investment study is conducted every five years, and another one is due to begin in 2022. Cornell University has been hired in the past to conduct this study.

Metzler added that without the checkoff, foreign markets for beef would be nearly 20 percent lower than what they are now. The carcass value for exports is about $420 per head because of all the U.S. variety meats and items that are exported.

“A rising tide lifts all boats, and that’s what the Beef Checkoff does,” she concluded.

Radke: Show people where your heart is in 2022

Amanda Radke, a cattle rancher and professional speaker from Mitchell, S.D., will share her remarkable story at the 2022 MN Ag Expo.

MANKATO, Minn. – Minnesota corn and soybean farmers from Roseau, St. Vincent, Luverne, Preston, and all parts in between are headed to the May…

About the cover: Schafer Farms Registered cows are at home for the winter months. Photo by Andrea Johnson.