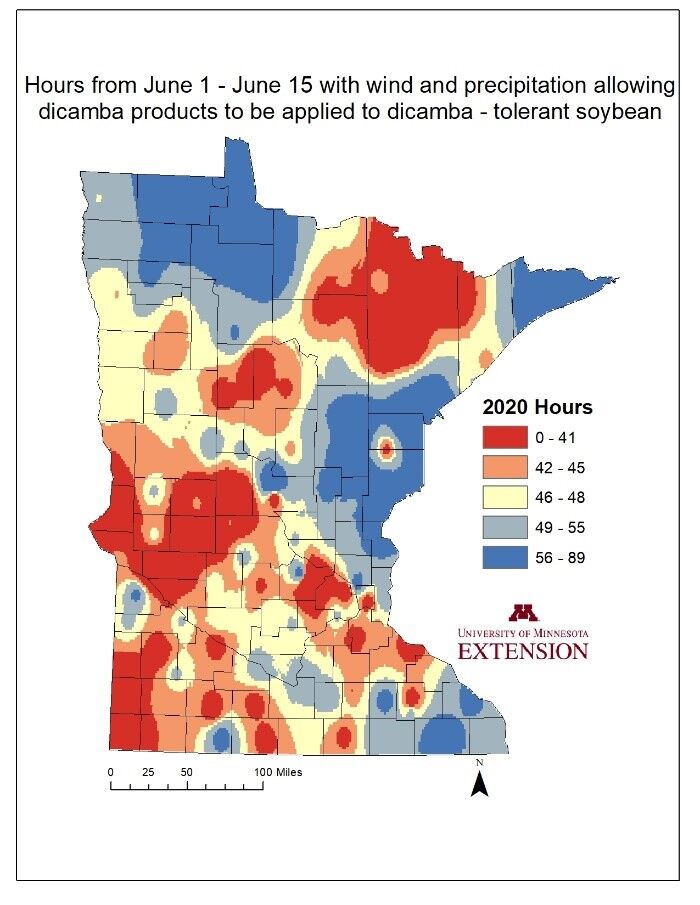 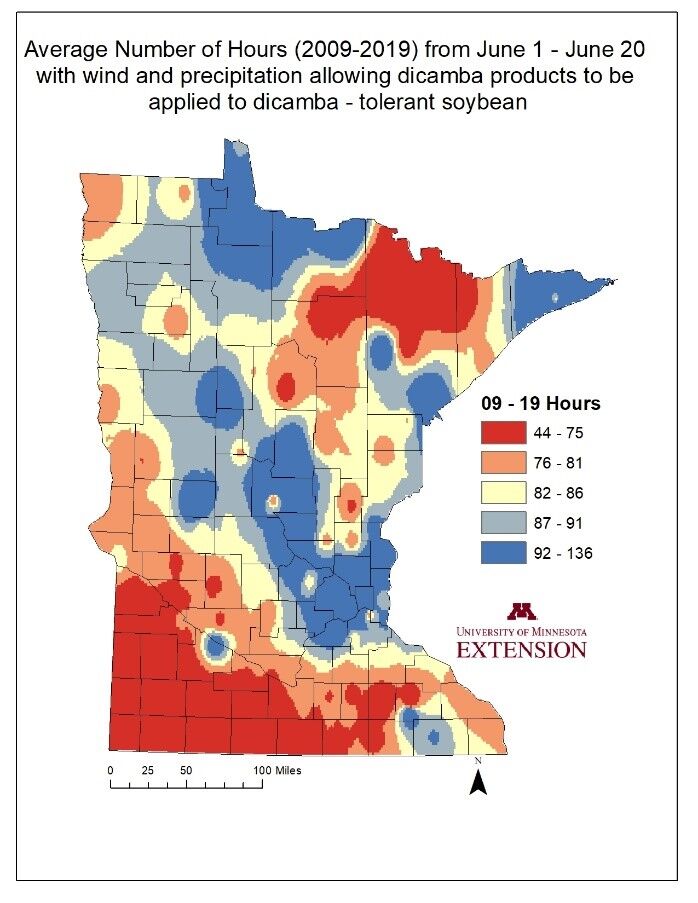 Dicamba off-target movement is up significantly in 2020.

As of July 17, 84 written dicamba complaints were received by the Minnesota Department of Agriculture (MDA).

“To put that in perspective, that’s the most complaints we’ve had since we’ve implemented the June 20 cutoff date for the use of post-emergence dicamba for dicamba-tolerant soybeans,” said Josh Stamper, director of the MDA Pesticide and Fertilizer Management Division.

Dicamba-tolerant soybeans became available in 2016, but there were no products registered for dicamba herbicide post-emergence use.

Then, in 2017, dicamba formulated for post-emerge soybeans was used in Minnesota. There were 253 complaints and 56 official investigations that year.

With the June 20 cutoff date put in place in 2018, complaints dropped dramatically. At year’s end, MDA had recorded 53 complaints on just 1,800 acres with 29 official investigations.

That’s not the case in 2020. With 84 complaints so far this year, 50-60 complaints have requested formal investigations.

Stamper said he can’t talk specifically about open cases, but one unique complaint in 2020 is fencerow-to-fencerow dicamba damage.

“We do want to treat each of these cases individually, but there’s been a lot of mixed results,” he said. “Some people think it’s volatilization, other people will say this is obviously a drift event. We are seeing a lot of different things.”

The Pesticide and Fertilizer Management Division is tasked with ensuring pesticides are applied according to the label. Each label includes rules and regulations regarding the use, storage, disposal, health risks, setbacks from water features and more.

“These labels are really complex and the dicamba label is one of the most complex labels that we’ve ever seen,” he said. “It’s well over 40 pages of 9-10 point font.”

In addition to dealing with COVID-19 distancing and all of the challenges that has brought, on June 3, the Ninth Circuit Court of Appeals in California ruled that growers couldn’t apply three dicamba products.

The weather didn’t cooperate either for dicamba applications due to windy conditions and other concerns. During the first three weeks of June, no area of Minnesota’s soybean belt had more than 89 hours to spray dicamba, according to University of Minnesota Extension (see charts).

“There may have been some growers that made some decisions during that time period to apply a product in conditions that weren’t really conducive to applications,” Stamper said.

If growers are found to be out-of-compliance with a label, they may be issued a penalty action that includes a fine.

Complainants receive a summary of MDA findings to take to their legal counsel.

“They would pursue a civil court case with the findings of our investigations as the basis for that support,” he said.

If EPA does approve re-release labels for these dicamba products, Stamper’s opinion is that the label’s cutoff time for post-emergent use on dicamba-tolerant soybeans and cotton, will be very limited.

He recommends growers talk with their trusted seed salespeople and ag retailers about herbicide choices for 2021 and beyond.

“There is an incentive if you want to get the premier genetics from these seed companies to buy dicamba-tolerant soybeans,” he said. “That being said, the Enlist G3 genetics are really coming along, as are the Liberty Link varieties, so I think growers have to sit down and talk to their retailers.”