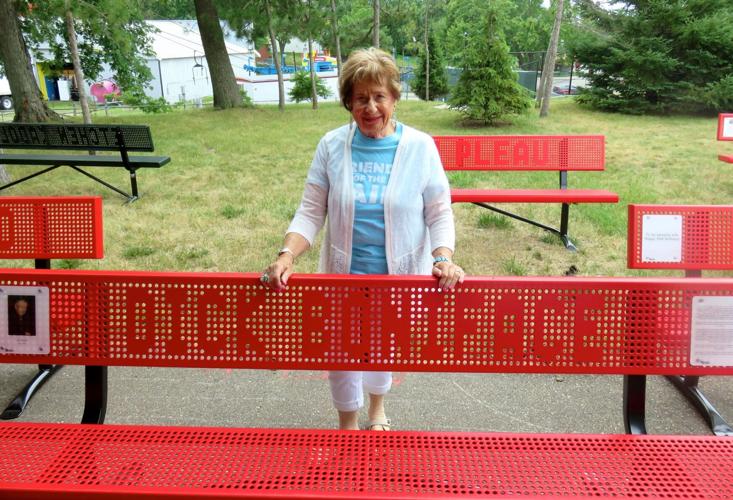 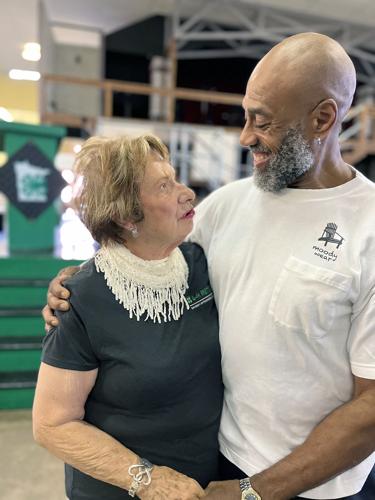 Any day of the Minnesota State Fair, Juanita Reed-Boniface can walk into the 4-H buildings and someone will know her and say hello.

Her familiar smile and catchy enthusiasm have brightened Minnesota’s 4-H programs for a long time. Juanita has loved and worked with this program in some capacity for over 60 years as an Extension educator, 4-H leader, 4-H mom and donor.

A retired state Extension specialist in 4-H Youth Development, Juanita is and has been an encouraging force for 4-H.

The Minnesota 4-H Ambassador Program, now in its 55th year, is her legacy.

She also served as the superintendent of 4-H at the Minnesota State Fair from 1987-1992.

Her strong loyalty to her family heritage of livestock production has kept her a consistent supporter of Minnesota 4-H livestock shows, as well as the Minnesota Livestock Breeders’ Association Purple Ribbon Auction and Auction Scholarship program.

“I still love running up and down the aisles in the cattle barn, just like always,” she said.

Some of the 4-H exhibitors are the grandchildren of the 4-H’ers she worked with in her early days.

“When you work with youth in education, you don’t always see instant results,” she said. “If you’re around long enough, you’ll witness 4-H youth leaders who have, in adulthood, become leaders in government, agriculture, business, education, medicine and many other professions.

Born and raised in Nebraska, Juanita grew up in a family that prized the land-grant university mission of improving agriculture and quality of life.

In the early 1900s, her mother was a charter member of the Dixon County, Neb., 4-H clubs, and later served as a 4-H leader and county fair judge for many years. Her dad was a lifelong cattle producer who valued the education provided by Extension for producers and community leaders.

Juanita joined 4-H in Brown County, in the Sandhills of north central Nebraska, when she was seven years old. Her first project was an all-white Shorthorn steer – a large project for a little girl – but she had confidence and was successful.

While still a youth, her family moved to northeast Nebraska to help her grandpa on the family general livestock and crop farm. Juanita had younger siblings to watch over and saw them develop a 4-H sheep herd.

“I had 10 years of 4-H in Nebraska and really enjoyed it,” she said. “Lots of trips to the Nebraska State Fair. Demonstrations were my specialty. The highlight of my 4-H experiences came when I was awarded a trip to National 4-H Congress (Chicago) in 1955. That experience was a turning point in my life.”

Already a college freshman studying music education, Juanita came home from 4-H Congress and decided that “4-H was a pretty wonderful place” and it was where she belonged.

Transferring to University of Nebraska-Lincoln, she earned her degree in Extension Education. This included an insightful five-month internship working with a premier Extension agent. To this day, she uses some of the tricks she learned in her internship.

After graduation, she was offered a job as an Extension agent in Otoe County, Neb., working with both 4-H and adult home economics programs.

During this time, she married and was forced to resign a year and a half later when she was seven months pregnant.

This was her first encounter of discrimination against women in the workplace. Another baby came along, and Juanita focused her attention on her two small children.

After living in Omaha and Lincoln for a short while, her husband was seeking a new job that brought them to the University of Minnesota. He took a temporary position with the Extension Communications Department, while Juanita searched for work to add to the family income and her professional skills. Here again, she experienced discrimination when she was unsuccessful in being hired because she had two small children.

“I ended up literally knocking at the doors of the state 4-H office and was trying to figure something out, because 4-H is what I wanted to do,” she said. “I knew I had the skills and abilities to give to the profession and the programs.”

Her first task was working with the Extension horticulture specialists to write the 4-H vegetable gardening, flower gardening, and lawns and landscapes design projects. She also started work on her master’s degree, which she completed while on staff.

A full-time position opened in 1966, and she became the state Extension specialist in 4-H Youth Development.

For the next 26 years, Juanita wore many hats and worked with hundreds of youth and families.

Some of her responsibilities were coordinating state events, serving as a specialist in adult and youth leadership, and coordinating of 4-H awards programs, publicity and public relations, meat animal shows, and clothing project programs including fashion revues.

The year 1992 brought a new era and opportunities. Minnesota Extension was reorganized and many experienced staff members, including Juanita, were offered an early retirement package.

Juanita married Dick Boniface in 1989, director of Field Service and Public Relations for North Central Wool Marketing Corporation. By 1992, Dick’s company was set to merge with another co-op and close the Minnesota headquarters.

These events offered a new opportunity for the couple to create their own consulting company and continue their work with 4-H and agriculture in other ways.

Their work involved serving as executive secretaries for the Minnesota Foundation for Responsible Animal Care. This led to a partnership with 4-H to develop and implement Minnesota’s 4-H Livestock Quality Assurance and Ethics Program. They also served as speakers and led workshops for national organizations, as well as volunteered for Ag in the Classroom programs.

Working together, they developed the 4-H Wool Fleece Show and gave many years of support to the 4-H Lamb Lead.

The Minnesota State Fair has always been a special place for this “dynamic duo.” It was where they had their first date and developed their relationship of 38 years until Dick’s death on April 19, 2022.

Juanita and her family documented the 2022 Minnesota State Fair – their first without Dick – on Facebook.

Pictures and stories show her unveiling a special bench at the state fair in his memory along with photos of her work with the 2022 Lamb Lead, the Minnesota State 4-H Cattle shows, and the Purple Ribbon Auction. She is especially proud to have joined with families and friends of Chuck Christians, retired Extension animal scientist, and Dick Boniface to create auction scholarships in their memory.

There’s another photo of her hugging long time 4-H dress review choreographer Richard Moody, who has worked with the state fair program for 33 years. Richard was hired when Juanita was 4-H superintendent. In 1989, it was a little revolutionary to hire an African American man in that role. Richard came highly recommended and proved to be a great teacher and confidence builder with 4-H members.

Increasing diversity throughout 4-H remains an important focus for Juanita. Simply by sharing her enthusiasm and love, she draws people together and helps them to consider opening their minds and hearts to others.

In addition to her work with 4-H, Juanita is active in Minnesota Cattlewomen and Farm Bureau. She serves as chair of the Lake George Improvement District in her community and chair of the Anoka County Extension Committee.

And she’s written a book, “From the Sandhills to the Big City – Reflections of a Modern Ag Woman,” that is expected to be ready for purchase this fall. During COVID, and while her husband was in decline, Juanita wrote a chapter each week with the Storyworth program. Her book, developed from the 52 chapters she wrote through Storyworth, shares her youth, her work with 4-H, and her desire to stay grounded in rural values.

For anyone who is interested, the best way to reach Juanita is through a friend request on Facebook or via e-mail at AgriFolks@gmail.com. She frequently posts photos and activities that are available through 4-H, as well as inspirational quotes about raising children.

“I try to be an encourager,” she said. “If someone is working on a project, and it’s a good idea, I’ll send them a note. I think it is important to encourage young leaders.”

Author’s note: Thank you Juanita for allowing me to write your story. You are helping youth and families everyday with your calm and steady presence.

Surprisingly good 2022 yields are being reported across many parts of Minnesota.

With gasoline and natural gas prices already high, ag economists are watching closely for what might happen in the coming months if the U.S. e…