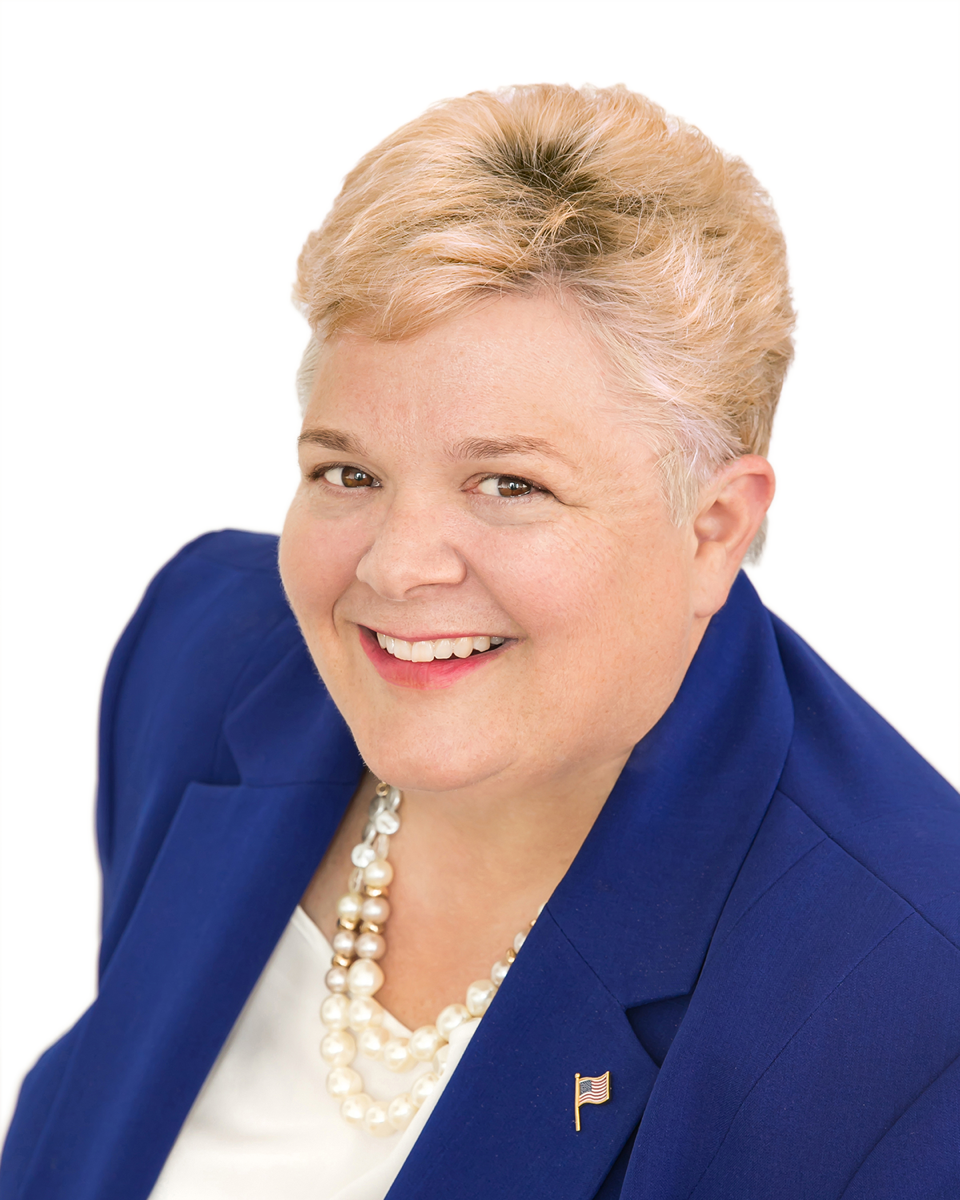 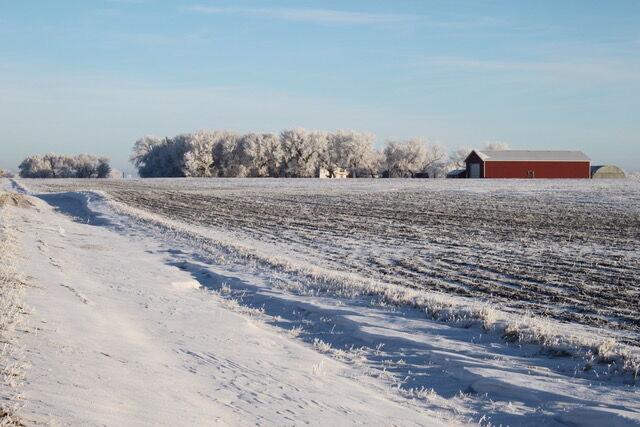 About the cover: Beautiful hoarfrost greeted farms across Minnesota in early January. The picturesque ice crystals soon vanished as the sun rose on Jan. 2, 2021.

Away from Minnesota for 10 years, Robin Kinney is returning to her home state and the Minnesota Farm Bureau Federation (MFBF).

It became real when Karin Schaefer, MFBF executive director, asked Kinney if she had thought about a return to Minnesota.

“I was in the state visiting friends and I always stop at the MFBF office,” Kinney said. “Karin asked if I ever thought of ‘coming home.’ When she posted a new position for the director of membership and marketing, I looked at it and we talked.”

Due to tight budgets, there was a need to reorganize and eliminate some positions in the Minnesota Farm Bureau office. Schaefer, who started June 1, announced the restructuring that included bringing Kinney back on board.

Most recently, she served as the senior director of member engagement for the American Farm Bureau Federation.

Prior to that, Kinney worked for the Minnesota Farm Bureau, was a former farm broadcaster for Linder Farm Network, became a motivational speaker, served as an assistant commissioner for the Minnesota Department of Agriculture, and worked as the executive director of federation services at the National Cattlemen’s Beef Association.

“I’m a big believer in faith, and I think sometimes God just opens doors,” Kinney said, stating that it seems the timing for returning to Minnesota is just right.

Robin’s mother, June Kinney, was an independent and strong woman, and proud of her German and Irish roots. While Robin’s dad, Jim Kinney, owned and operated a typesetting business in Minneapolis, June was unhappy with life in the suburbs and the direction that public schools were going. The couple wanted their children to get an education in the basics of history, philosophy, reading and math, and she wanted to move their children out of the Twin Cities.

The Kinneys purchased a farm site near Buffalo, Minn., where they moved in the early 1970s. They named their farm K5 Ranch for June, Jim, Robin, and siblings Lori Ann and Rick.

“When I started college (1977) I commuted to school because I dairy farmed with my mom,” she said. “That’s how I paid for college. She and I started a registered Jersey operation, and we were the farmers.

“My dad was the country gentleman who came home on the weekend and fixed everything that we broke and wired it all together,” she added.

The experience of choosing to move to a farm and becoming a farmer with her mother affected Kinney deeply. Ever since, Kinney has used her strong voice and enthusiasm to advocate for agriculture.

Following college, she held a number of positions within Minnesota’s agricultural community.

Lynn Ketelsen, owner of Linder Farm Network, was serving as president of the National Association of Farm Broadcasting, so Kinney had to take on many roles.

“We hosted the Secretary of Agriculture Clayton Yeutter in a forum in Willmar in 1990,” she remembered. Yeutter was one of many ag secretaries who formed good relationships with the Linder Farm Network.

During the drought of 1987 and 1988, Kinney gave USDA Ag Secretary Richard Lyng a button. It said, “Think Rain,” and it made national news when Kinney and Lyng visited in 1988.

During one visit to the studio, Christopherson mentioned the position of director of communications was open. She applied for and got the job, which she held from 1990-1993.

The opportunities continued…a short time with Communicating for Agriculture, followed by 13 years back at Minnesota Farm Bureau as the South Central Area program director.

Continuing her upwardly mobile career, Kinney was appointed Assistant Commissioner in the Minnesota Department of Agriculture (2007-2011).

Moving to the national level, she served as executive director of federation services at National Cattlemen’s Beef Association in Centennial, Colo.

Her most recent position (2013-2021) has been senior director of member engagement for the American Farm Bureau Federation.

“If there is anything I am passionate about, it’s sharing the story of what our producers do, the risks that they take, the challenges they have, and right now – the stress and the pressure that they are under, as well,” she said.

Returning for her third time to Minnesota Farm Bureau, Kinney will bring back a national perspective and the relationships with people she’s met.

Her goals include building membership in part through involving non-traditional working farmers. USDA guidelines classify a working farm as any farm with at least $1,000 in sales.

Part of her duties in Washington involved serving as a staff liaison to states with 10,000 or less members, including Alaska, Hawaii, Puerto Rico, Maine, Massachusetts, Vermont, New Hampshire, New Jersey, Delaware, Rhode Island and Connecticut. The Northeast has many farmers in high urban population areas, and their farming is much different from the Midwest, she said.

“The big box stores were all open with gardening supplies, but they closed up the small outfits,” she said. “With help from Farm Bureau, small farms have been able to articulate their needs and keep their greenhouses, nurseries and farmers markets open.”

Kinney has also worked on special projects, including efforts to build good mental health and rural resiliency; and partnered with the Patriot Project where Farm Bureau provides mentors to military veterans finding careers in agriculture.

She has facilitated a grassroots effort known as the Urban County Farm Bureau Coalition that works with 70 counites located within urbanized areas. Kinney has learned ways to work with this new contingent of agriculture.

When she served as an assistant commissioner, she worked with the Hmong American Farmers Association. She helped find and deliver truckloads of unplanted tomato plants to grow after a terrible early spring hail storm in the Twin Cities.

“I am a strong believer that the Farm Bureau is a core organization that contributes to the local community and is very concerned about its health and economic welfare,” she said.

The Kinneys sold K5 Ranch in 1995 and moved to Branson, Mo., and eventually to Florida. When Jim got sick in 2007, Robin moved them back to the Twin Cities, where she cared for her parents. Her dad passed in 2007, and her mother passed away in 2009. Robin’s brother, Rick, moved with her to Colorado and Washington, D.C., before passing away a few years ago.

Being able to care for her family while still working at a job she loves has been important to her. As much as she’s loved her career in Washington, being “stuck” in a commuter community during the COVID-19 pandemic has been difficult.

“Since March, I’ve had the luxury of working remotely from home and not making the commute into D.C.,” she said. “But it’s hard because you don’t really know your neighbors. You don’t spend a lot of time with them, so the opportunity to come home to Minnesota where I have family and close friends is really great.”

For anyone who would like to reach out to Kinney and welcome her home, you can visit her Facebook page. She often shares positive or inspirational sayings that motivate others to share an attitude of gratitude.

St. Paul, Minn. – Minnesota families who have owned their farms for 100 years or more are invited to apply for the

About the cover: Beautiful hoarfrost greeted farms across Minnesota in early January. The picturesque ice crystals soon vanished as the sun rose on Jan. 2, 2021.