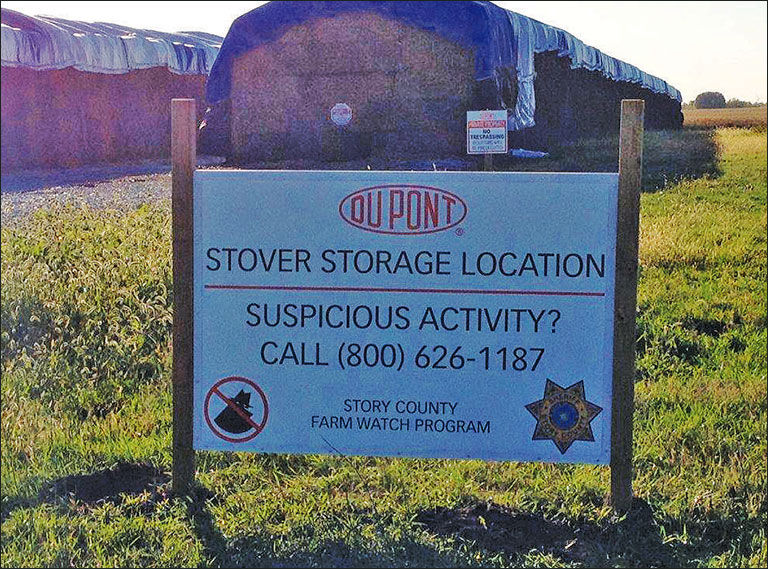 “Farm Watch” signs are going up on farms and rural areas in Story County as part of a new DuPont-sponsored rural watch program. Story County is a model site for the program, but law enforcement officials anticipate the program will catch on in other Iowa counties. 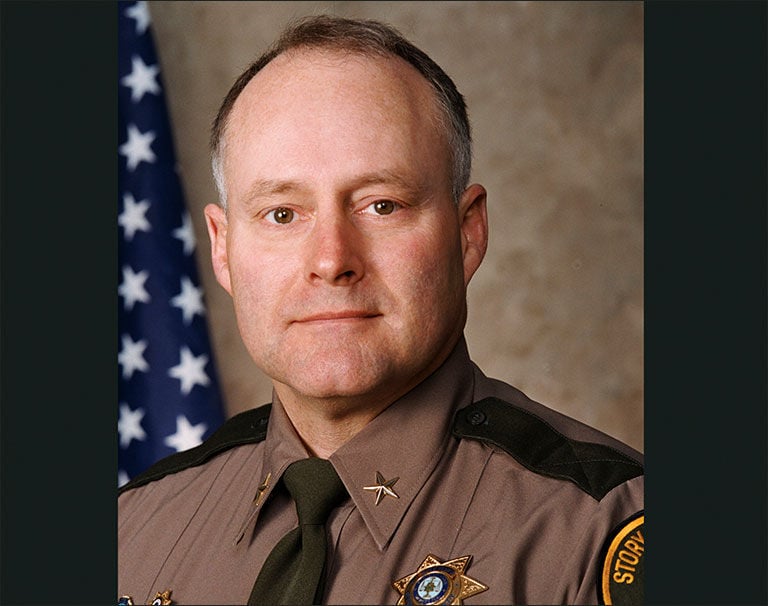 “Farm Watch” signs are going up on farms and rural areas in Story County as part of a new DuPont-sponsored rural watch program. Story County is a model site for the program, but law enforcement officials anticipate the program will catch on in other Iowa counties.

NEVADA — Just like the old Neighborhood Watch program, a new rural watch model is being tested in Story County to help protect farms and rural landowners from theft and other potential illegal activity.

With the increasing costs of equipment and running a family farm, it means security needs are also greater. “Farm Watch,” a collaborative effort between DuPont and the Story County Sheriff’s Office, launched this year.

The program asks farmers and anyone in rural areas to participate by placing a sign near their fields or farms. There is a phone number on the signs to report suspicious activity.

“Of course, they can always call 911, too,” Story County Sheriff Paul Fitzgerald says.

In addition to farmers and rural homeowners on the lookout, “we are actively recruiting partners who are doing business in those areas to help us keep an eye out,” Fitzgerald.

“These would be the FedEx drivers, mail carriers and bus drivers.”

“We want to educate our citizens on the importance of being observant and help them learn observation skills that can be employed in Farm Watch,” Fitzgerald writes in a newsletter introducing the Story County Farm Watch.

DuPont started discussing the collaboration with the Story County Sheriff ’s Office last year. Farm Watch programs have been used in California and Wisconsin, but “this is something new for Iowa,’’ says Aaron Woods with DuPont Operations Public Affairs.

“It was about protecting the cornstalk bales, which we (DuPont) use for the production of second-generation cellulosic ethanol,” says Woods.

But, conversations with the sheriff’s department lead to expansion of the program.

“Everybody was on board,” he says.

A PUBLIC meeting earlier this year provided information, discussed the benefits of the program and introduced the public to law enforcement, Fitzgerald said. Now, the word is getting out and there has been good response to the program.

“It opens up a line of communication, and creates a more-formal contact list for our townships and countywide,” says Lt. Leanna Ellis, Story County field services commander.

She says 63 people have signed up for the program and about 90 signs are up in rural areas.

“The signs and posters also help serve as a deterrent,” says Ellis.

Dave Struthers, a Story County farmer, says, “I have a sign at my residence and there’s one at my parents farm, too. I think it’s something we need, as we had (recent) vandalism.”

The sheriff’s office hopes the signups will continue as word gets out.

“People are sometimes hesitant to call us if they see something’s not quite right, but this will make it easier to take that step and call,” says Fitzgerald. “They are not bothering us — and we’re here 24 hours a day.”

“THE RURAL area is very spread out, with few neighbors in between, so this is another way to keep more eyes out there,” says Dodds, with the Story County Sheriff’s Office.

“Story County makes up 576 square miles. Obviously, the sheriff’s deputies can’t be everywhere at once, so this gives them a helping hand out in the country.”

The group is also anxious to share what they know with other sheriff’s and police departments in Iowa and other states.

“I hope to get this established as a national program, with the National Sheriff’s Association,” says Fitzgerald.

“What it really comes down to is neighbors watching out for neighbors.”