While many parts of Missouri saw drought conditions during the summer, some areas were able to catch timely rains or avoid extremely hot temperatures, which contributed to good crops.

Nodaway County farmer Jason Hull says while conditions were not perfect on his northwest Missouri farm, he was able to grow a regular crop.

“On our farm, we’ve been happy with the beans,” he says. “The corn is probably closer to average.”

The area received good rains in June and the first half of July, but then conditions got drier. However, there was no extreme heat, which helped protect crops.

“The last half of July and the first part of August we really dried up,” Hull says. “… Even though we dried up, we avoided the heat. That kind of saved the crops.”

Hull says there was a lot of spottiness to rainfall over the summer, and so some areas not that far away had different conditions. Some areas to the south were drier and saw more crop stress. But his area was able to grow regular crops, and to the west, around Holt and Atchison County, he says he is hearing talk of record-challenging yields.

Bert Wire was working with Gaston Farms to harvest a field of corn in Livingston County, and he says crops have been looking good in his area after favorable conditions this growing season.

Wire says conditions were a little drier later in the summer, mostly affecting the later-planted beans and the double-crop soybeans planted after wheat harvest. But overall he says it was a good growing year in the region.

Connor Ruoff, also working on harvest in Livingston County, says conditions were perfect in his area.

“It couldn’t have been any better,” he says. “Soon as we started needing a rain, we’d get an inch.”

Over in northeast Missouri, in Monroe County, Patrick O’Bannon and his family have been having a good harvest. He says his area received fairly regular rains during the growing season and avoided weather stress on the crops. Even just a few miles down the road conditions were drier, but he says he has been fortunate to see the best corn yields he has ever had.

In northwest Missouri, Hull says the weather has been fairly clear for harvest this fall, with a lot of blue skies and harvest progress. Still, with decent yields and waiting on crops to mature and dry down, there is still work to be done on harvest. Speaking on Oct. 26, he says the bean crop is probably two-thirds or three-fourths harvested in his area, although about half of the corn crop still needs to be harvested. 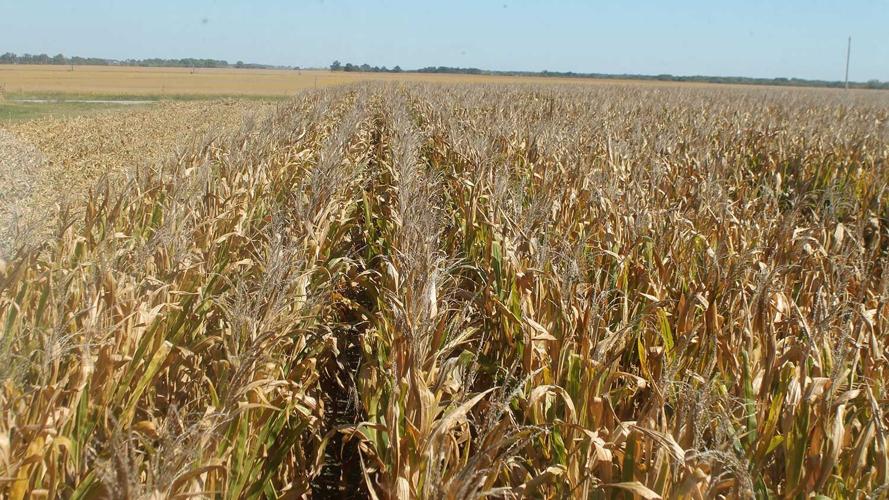 The view from the combine of Monroe County farmer Patrick O’Bannon. O’Bannon says he had the best corn he’s ever grown this year, as he was fortunate with weather conditions this summer. 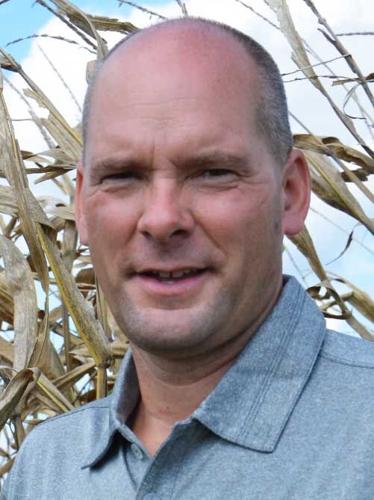