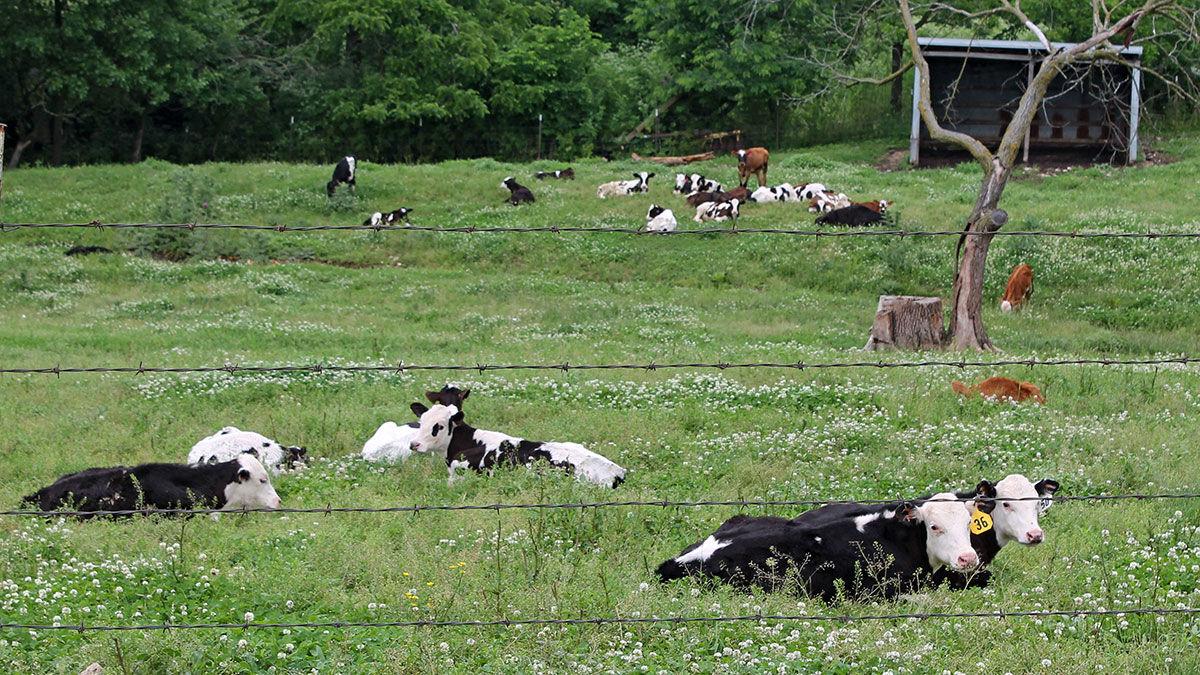 Veterinarian Marissa Hake says dairy producers should be mindful of consumer preferences when making management decisions on their farm. 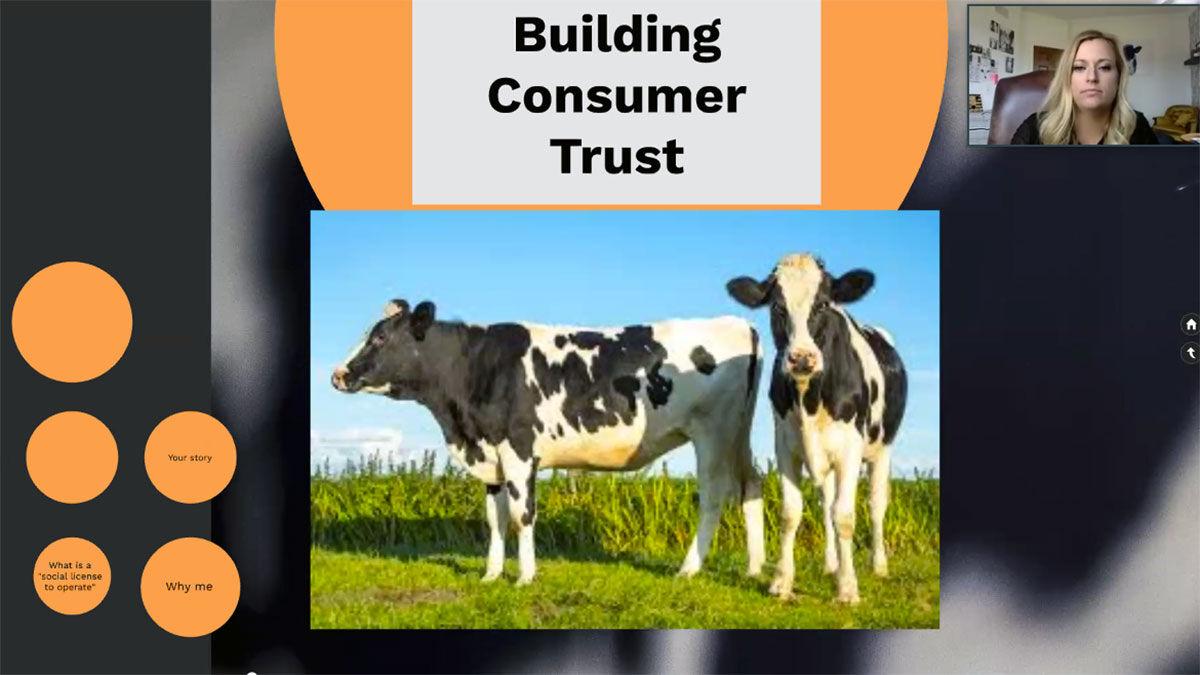 At a Dairy Calf & Heifer Association webinar March 9, veterinarian Marissa Hake stressed the importance of communication in her presentation on how dairy producers can help build consumer confidence in the industry.

“We all know that calves induce an emotional response,” she says. “Calves are adorable.”

Hake says some of the top concerns consumers have about the dairy industry are cow-calf separation, calf socialization, environment and housing, antibiotic use and painful procedures for the animals, such as de-horning or branding.

She says the main issue is early removal of the calf from the mother. Studies show the emotional bond between the cow and calf is stronger the longer they are allowed to stay together, so early separation can be less stressful. But she says there are other factors to consider, such as long-term health impacts.

The industry continues to work on solutions to this issue, and Hake says they are studying things such as nurse cows, visual contact and physical contact without nursing. She also says it is good to remember these are complicated topics and to look at them from both sides.

As for calf socialization, Hake says using group or pair housing instead of individual could look better to consumers, and producers can do things like keeping groups together to minimize sickness risk.

“When we look at the future of dairy, we have to be thinking about how we’re housing our calves,” she says.

On housing, she says what works in some areas might not work in others due to differing climates.

In general, providing dairy cattle with more pasture access and using less antibiotics are popular with consumers, as well as avoiding painful procedures. Hake says most producers avoid branding, and shifting to polled genetics can eliminate the need to de-horn cattle.

“All of this leads to a less stressed animal, which we all know is important,” Hake says.

She adds that changes to an operation have to be economically viable, environmentally sustainable, and actually make things better.

“It’s all about balance,” she says.

Studies show women and specifically mothers make most of the purchasing decisions in households, Hake says, so they are a key demographic to connect with on this issue.

Consumer surveys show animal welfare is a key factor for consumers as they make buying decisions, as well as the perceived health of products.

Hake says environmental impact and greenhouse gas emissions are not ranked quite as high, but still play a factor for a significant number of consumers. She says certain agricultural practices can appeal to people on this topic.

“When we’re talking about sustainability, that really does play a role,” she says.

Hake also talked about agriculture’s “social license” and what that means for producers.

“Agriculture’s social license is rooted in the beliefs, perceptions and opinions held by consumers,” she says. “Notice I didn’t say facts or science. It’s beliefs and perceptions. We as a dairy industry have an uphill battle in social perceptions.”

She says if the dairy industry loses its social license — meaning if more people have distrust of the industry — it can mean more regulation and legislation and higher costs, likening the situation to a teenager with a car and how much the parents trust them.

Transparency is a key issue for building that social trust.

“Transparency implies openness, communication and accountability,” she says. “They want to know that you’re the one who takes responsibility for animal and environmental care.”

This can show up in different ways, Hake says, whether it is on-farm tours, or communicating with people through social media posts, even if farmers don’t have many followers. Also, farmers can simply have conversations with people in their community. Hake says it might surprise producers that even people they know well don’t know much about agriculture.

“Communication starts at the local level,” she says.

She says a lot of consumers are in a “trust but verify” stage with agriculture, wanting more information than previous generations of consumers.

Hake says farmers can find a balance, being proud of what they do but also willing to try new things.

“We have to embrace tradition, but drop the ‘this is the way we’ve always done it,’” she says. “The farmers most likely to stay in the game are always adapting, and do so proactively. They see the big picture and adapt to the changes.”

Veterinarian Marissa Hake says dairy producers should be mindful of consumer preferences when making management decisions on their farm.