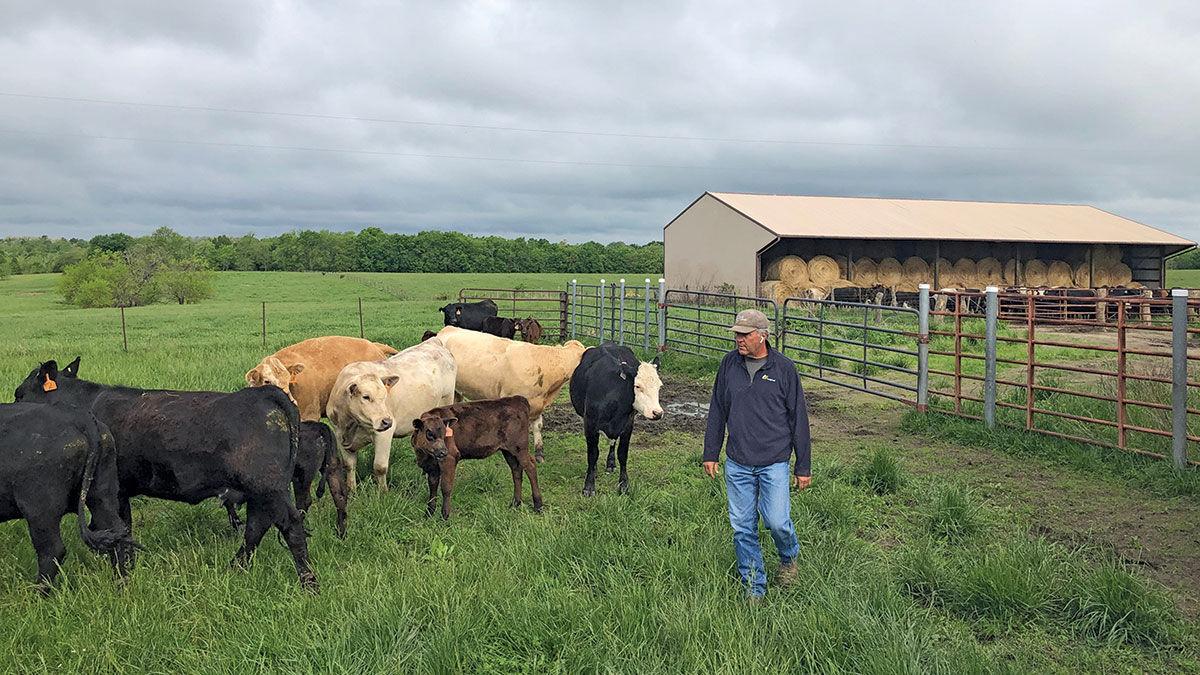 Bruce Mershon, president-elect of the Missouri Cattlemen’s Association, checks on some cattle. The cattle herd has Angus-based genetics, and uses Hereford, Charolais and Simmental sires. 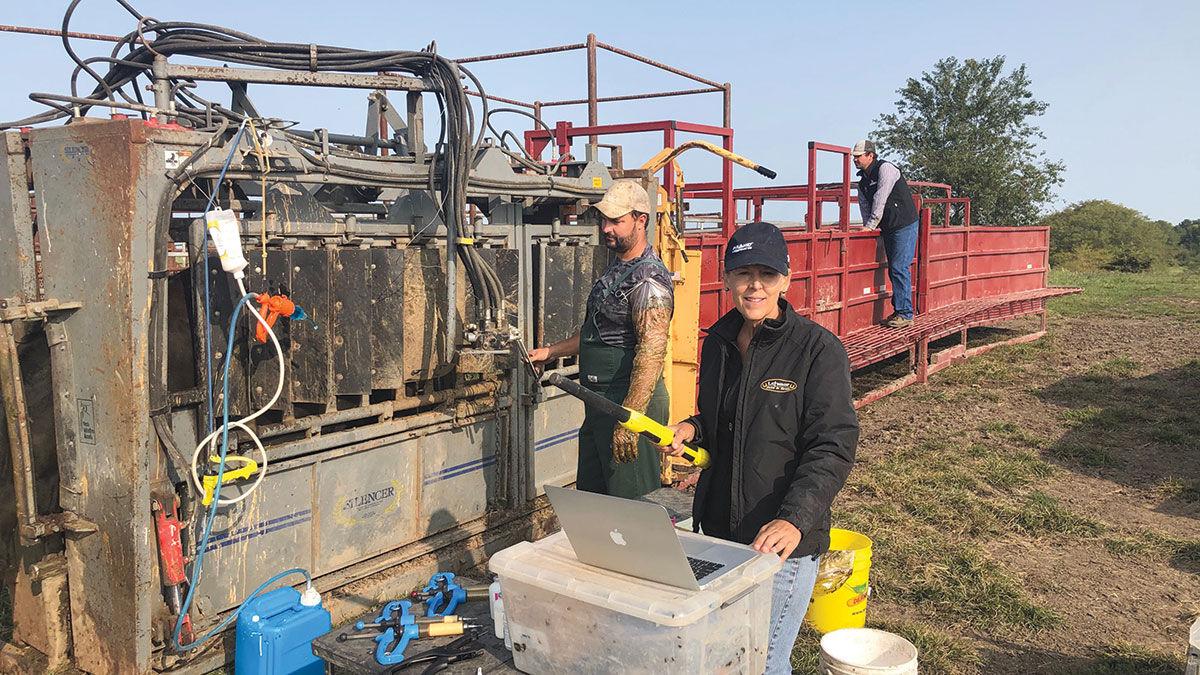 BUCKNER, Mo. — A January snow covered Missouri’s brown pastures, but for producers like Bruce Mershon, he knew in a few months that grass would turn green, the spring rains would fall, and one of the best cattle- raising regions of the country would spring to life.

Mershon, the president-elect of the Missouri Cattlemen’s Association, says these resources have given the state’s cattle producers an open door for generations, even if sometimes it is more narrow than others.

By being involved with MCA and Missouri Farm Bureau, Mershon has been working to make those chances as good as possible for producers. He and his wife, Tracey, have a crossbred cattle operation in west central Missouri, based at Buckner in Jackson County. They farm with Mershon’s brother, Tim.

He says the cattle herd has Angus-based genetics, and uses Hereford, Charolais and Simmental sires, looking to get some of the benefits from each breed.

The Mershon family cattle operation is the result of years of building up to this point. Mershon graduated from college in 1985, and he had an off-farm job for several years to help support the farm income.

“During that time, we were growing our cattle herd,” he says.

The family used to have hogs as well, but Mershon says the tough years in the ’90s for that sector put a stop to that.

“In ’98, after selling some 8-cent pigs, that eliminated hogs on our farm,” he says.

But the focus on growing the cattle herd paid off, and Mershon says these days they calve 1,800 to 1,900 cows. The family also has a stocker program, feed pens and a hoop building for feeding cattle.

The goal is to always try to get better, Mershon says, whether it is the industry overall or his particular operation. He says Missouri’s cattle producers can continue to make progress on using the state’s abundant forage, even with some ground switched to row crops over the last decade.

“We still have a lot of grass,” he says. “We can continue to get better on managing it.”

That push to improve has led to recognition. In 2019, the Beef Improvement Federation named Bruce and Tracey winners of its Commercial Producer of the Year award for their work on their operation and in the industry.

Mershon says being involved in the work on behalf of the industry goes back to the example set by his parents, even in the tough times.

“My parents, the ’80s were pretty difficult for us,” he says. “What really stood out to me, no matter how tough times were on the farm, they never stopped being a part of the industry. … They always gave back to our industry.”

This included participating in ag organizations that advocate on behalf of the industry, and Mershon has carried on that tradition.

“Somebody’s got to be out there advocating for the industry and its betterment,” he says.

In January, he was preparing for a trip to Jefferson City for a “cattlemen at the capitol” event to talk with legislators.

Mershon also participates in a National Cattlemen’s Beef Association working group about live cattle marketing. He says the group is looking to find “better price discovery” for cattle producers, including establishing more options for producers when it comes to marketing their calves. He says the current system needs some reevaluation.

“There’s clearly a need for changes in the way cattle are marketed,” Mershon says. “There clearly isn’t enough competition in that market.”

Last year was a tough year for cow-calf producers and stockers in Missouri, Mershon says. He has optimism for 2021, but some concerns remain.

“I’m optimistic that due to cow numbers being lower, the actual price of cattle are going to be higher,” he says. “But I didn’t see corn going up $1.50 a bushel. We’ve had a rally in our costs.”

A better year would be welcome after the challenges of 2020.

Mershon is hopeful better marketing opportunities will help, and he is grateful to get to do what he does for a living.

“The entrepreneur in me always has driven me,” he says. “I love the opportunity to be in the cattle business. It’s something I grew up doing.”

Bruce Mershon, president-elect of the Missouri Cattlemen’s Association, checks on some cattle. The cattle herd has Angus-based genetics, and uses Hereford, Charolais and Simmental sires.