Nearly 50 years ago, in September 1973, Everett Forkner sold a Duroc boar that made history, bringing a record $38,000 in the sale at the National Barrow Show in Austin, Minnesota. The buyer was Soga-No-Yo Swine Farms out of Japan, and the boar would have an impact in both countries.

The boar was eventually named CC Soga Powerful, a nod to the new owner but also the CC prefix Forkner’s pigs had at the time for Christian Creek Farms. Forkner still remembers the feeling when the bidding for the boar went up and up.

“It was a little bit of disbelief,” he says.

The sale earned an entry in the Guinness Book of World Records, at the time the most money ever paid for a pig.

Forkner says it was years in the making — the payoff for over a decade adopting new technology and building ties with Japan.

Forkner started in the livestock business full-time in the early 1960s, after graduating from the University of Missouri. His family raised cattle, but he had become interested in pigs — as well as the new and developing technology to improve performance — during his time in school. In particular, carcass ultrasound gave a much better picture of fat depth, ribeye size and carcass data.

“That allowed us to be on the cutting edge,” he says.

This was part of the rise of performance testing at several university sites.

“That helped push us into the performance era,” Forkner says.

His operation is based in Vernon County, near Richards, Missouri. He began having Duroc production sales in the mid-60s, and one State Fair grand champion brought $2,600. The buyer was in North Carolina, and Forkner and his wife made the long delivery, in a largely pre-interstate highway America.

“I can still remember my wife and I putting our son in the middle seat of the truck,” Forkner says. “We delivered that boar over the mountains and around the curves.”

While building his purebred operation, Forkner says he was able to export some pigs to Japan, among the first imports of U.S. breeding hogs into that country.

“We kind of were on the front end of the first hogs to go into Japan,” he says.

Forkner also hosted a Japanese student on the farm, so the student could learn about American pork production practices. His name was Tomoto, and Forkner called him Tom for short. Forkner remembers eating one day while Tom read a letter from Japan, where he worked for one of the leading swine-producing farms. The letter said his boss,

Mr. Soga, planned to come to the National Barrow show and buy the grand champion boars from all the breeds.

Forkner also remembers driving boars in to be weighed, and Tom pointing out the boar that would eventually be sold for the record, saying maybe Mr. Soga would buy that boar.

“He had a good eye,” Forkner says.

Soga did as planned and bought the champion Hampshire and Yorkshire boars, before buying Forkner’s champion Duroc boar.

After the record sale, while Soga lined up shipping logistics for the CC Soga Powerful boar, he asked Forkner if he would continue taking care of the boar until it was time to fly it to Japan. Forkner says the Japanese businessman respected Forkner’s operation and gave him permission to breed the boar to his pigs while he still had it.

“I had the opportunity to bring the boar back, and he gave me permission to breed the boar to sows,” Forkner says.

Since that famous sale, Forkner has continued to work in the pork industry, always looking for ways to improve and being willing to try new technology to become better and more efficient. He says he has enjoyed the experience.

“I love the hog business,” he says. “I’ve been blessed beyond measure.”

This series will celebrate the bulls and boars that shaped their breeds and the ag industry at large. 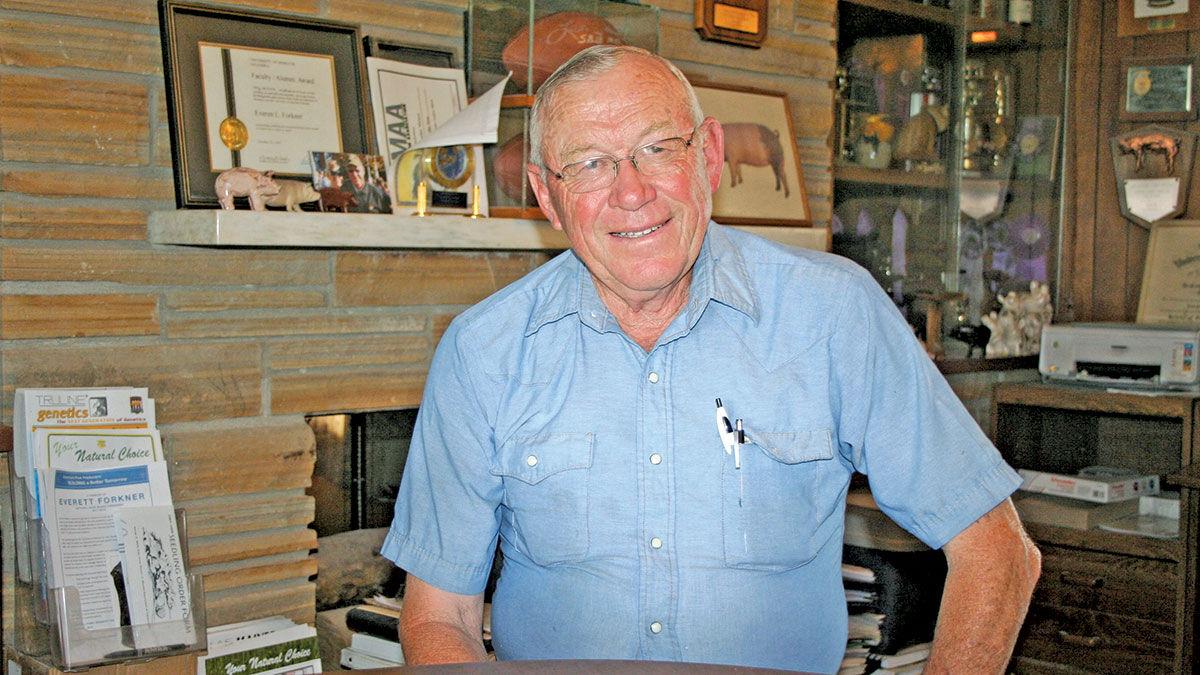 Missouri pig farmer Everett Forkner’s champion Duroc boar sold for $38,000 in 1973 to a Japanese operation, influencing genetics in the U.S. in Japan. 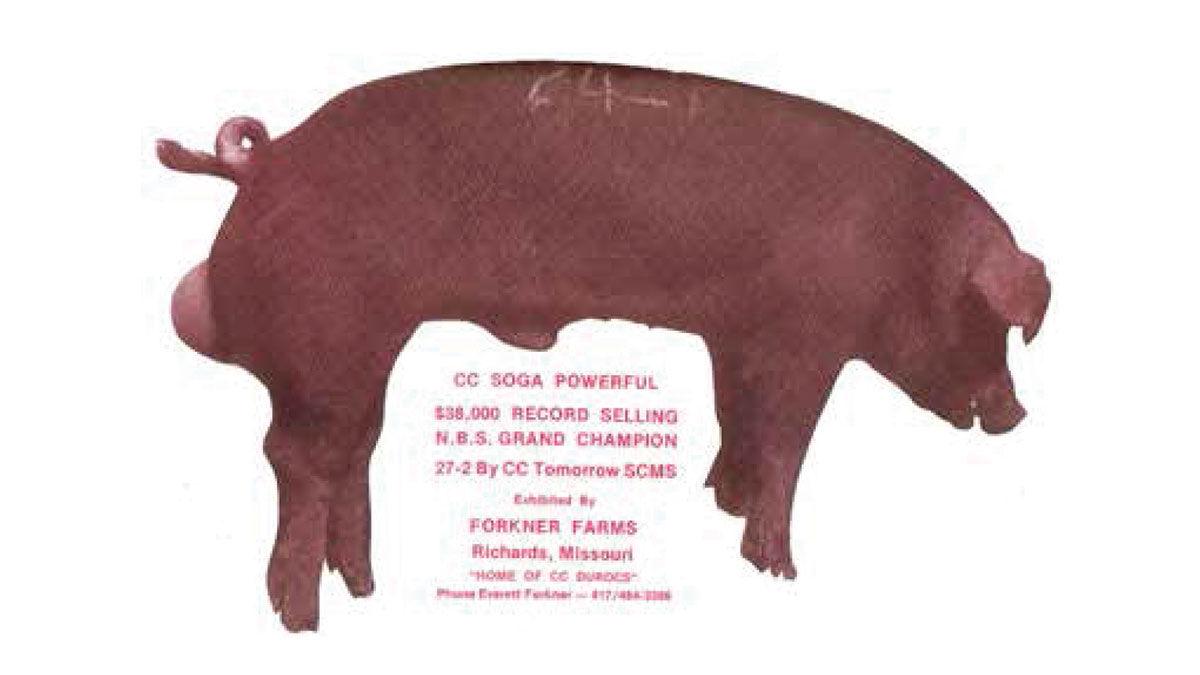