RICH HILL, Mo. — Tyler Black first entered the meat goat world about seven years ago. He bought show goats for his two sons and kept them back as breeding stock.

The original plan was to raise their own show animals on the Bates County, Missouri, farm. But once they bought 10 Boer does, they realized they were committing to it for the long haul.

“We were having problems getting them all the way to maturity and breeding age because of diseases and such,” he said.

Knowing there was still benefit having them on the farm, he started transitioning to Spanish goats and traded showing pursuits for pasture potential.

Black knew goats were an efficient form of weed control and decided to turn the herd out to pasture to see what they could do.

“Once I started running the goats on pasture for a couple years, I wasn’t having to spray any woody sprouts or blackberries,” he said.

The goats run alongside Black’s cattle herd, making the farm a diversified operation with multiple benefits.

“The goats and cows don’t bother each other, but they do thrive together,” Black said.

The blend allows him to raise good grass for his cattle by getting effective weed control for healthier pastures.

“They save money on farm maintenance with chemical and spraying,” he said.

And he is able to sell the goats for meat to create additional revenue for the farm.

“We started with a Boer cross then bought a group of Spanish goats and ran a Spanish buck,” he said.

Soon after, Black crossed the Spanish does back on a Boer goat to add size to his kid crop. It’s a good trade since the Boer goats are a larger breed, but Spanish goats are hardier and hold up better in Black’s environment.

“The wet soil is our biggest hindrance,” he said.

While Boer goats would consistently have feet problems, the Spanish goats don’t need as much maintenance and treatment to stay healthy.

Black runs about 25 breeding does and manages to sell kids in the fall.

“March and April is when we try to kid out,” he said. “We’ll keep the kids on the does for 10 to 12 weeks, then wean them for six to eight weeks before selling.”

“You want to try to sell from November to April, with the best market being 30 days before Easter,” Needham said.

With much of the meat goat market being ethnic groups, demand revolves around winter and springtime holidays, such as Thanksgiving, Christmas and New Year’s.

“They have different holidays around that same time and usually one of their holidays hits around the same time as Easter,” he said.

Needham advises producers to find a barn that hosts large auctions for goats or small animals and draws national buyers.

“Yates Center, Kansas, is one of the best,” he said.

It’s also important to see how much commissions are as larger barns may be a farther drive but have better opportunity to market price and cost to sell.

Black acknowledges that he might have a better market if he pushed his kidding season back to June. That would have goats ready to market in December. But that schedule is a little difficult for his operation to manage, and Black sees the meat market as a byproduct to his pasture maintenance.

“I like to turn the bucks in and run them through the winter. If I have something that doesn’t breed, that goat is still doing work for me (in the pasture), so selling the kid it raises is just icing on the cake,” he said.

As profitable as the enterprise has become, though, Black said there are definite challenges to raising goats. The biggest of which is keeping them healthy. Parasites and sickness are difficult to overcome. Routine deworming and rotating products is an important part of herd health. And sometimes the hardest task is keeping goats alive.

Still, the ones that do survive and thrive make for a profitable and enjoyable farm feature.

“It’s interesting watching them live in their natural habitat and watching them grow. Goats are a fun animal to watch,” Black said.

It’s a great family project as his wife handles most of the daily care and both his sons are able to help feed and work the herd safely.

With more land that needs maintained and plenty of market opportunity, Black intends to grow the herd and reap the rewards. But he encourages new producers to start small and focus on learning.

“There’s going to be good times and bad times and frustrating times where you walk out and a goat has just laid down and died,” he said. “But if I knew the profitability of goats, I don’t know if I would’ve ever started with cattle.” 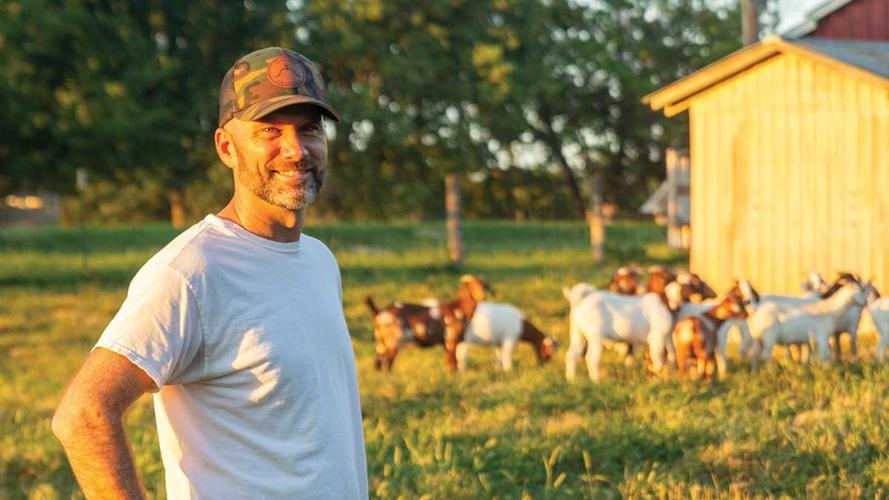 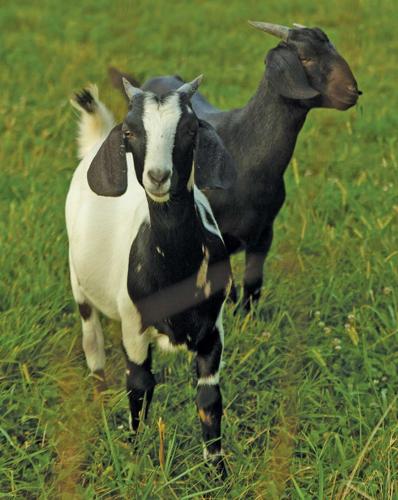 The blend of goats and cows grazing together allows Black to raise good grass for his cattle by getting effective weed control.