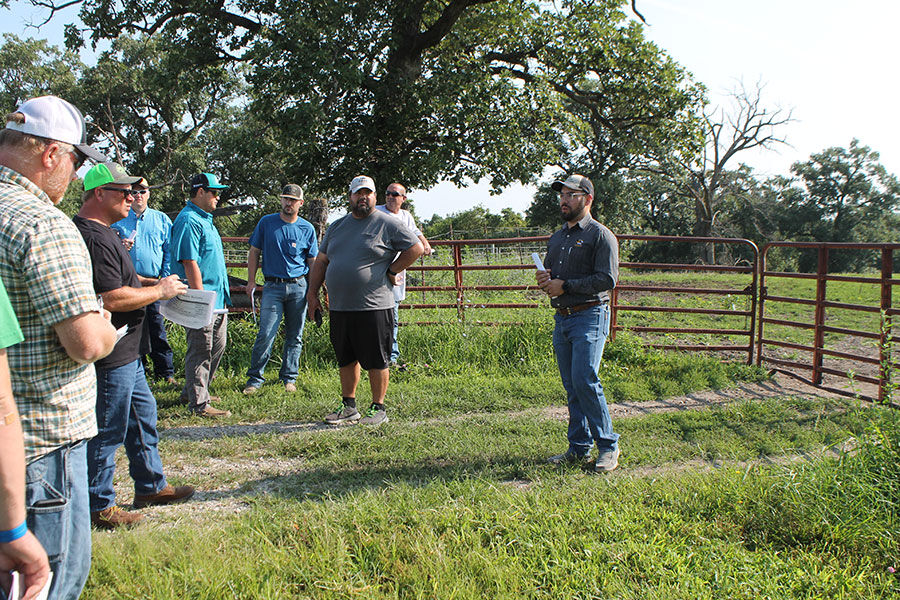 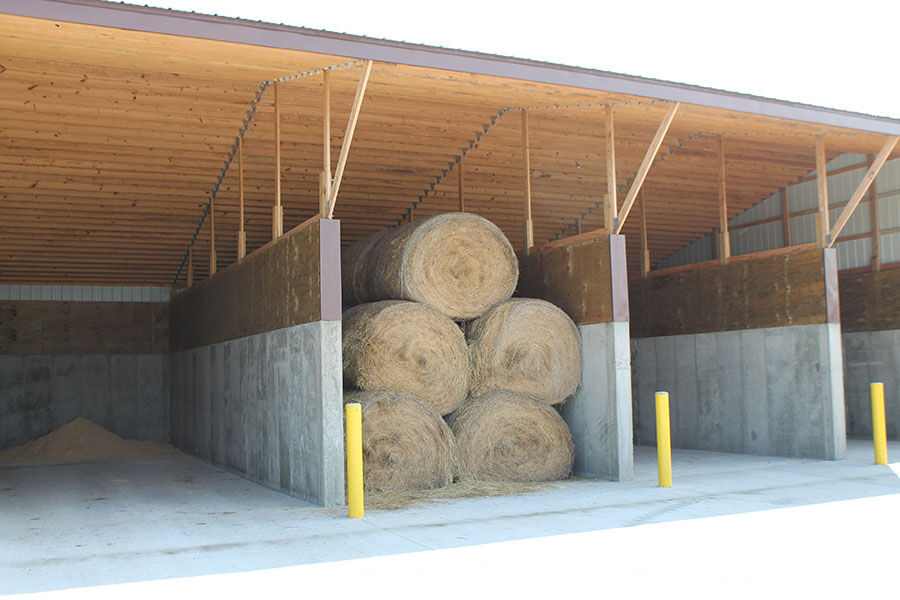 The Thompson Research Center at Spickard built a new space for feed supplies.

SPICKARD, Mo. — The University of Missouri Extension held a feedlot school Aug. 4-5, talking with cattle producers about factors to consider if they are thinking about feeding out cattle.

The event included talks at the Thompson Research Center at Spickard and the North Central Missouri College Barton Farm Campus at Trenton.

Eric Bailey, MU Extension state beef specialist, says the university recently started feeding out cattle at the Thompson facility, located in rural Grundy County, Missouri. While Missouri sends most of its calves to large feedlots out West for finishing, with rainy weather in Missouri traditionally viewed as an obstacle, Bailey says feeding cattle in grain-producing areas can have advantages.

“One advantage we may have in north Missouri, our proximity to grains and being able to produce grains locally,” he says.

Feed costs are a crucial factor in the success of a feeding operation, Bailey says.

“One of the key metrics of success in a feedlot operation is feed cost of gain,” he says.

Bailey says the Thompson farm was able to lock in corn at $4.50 per bushel last year before prices surged higher, which helped with the cost of gain. He says they locked in corn at $5.58 this year.

MU had both 45-day and 90-day groups of calves and utilized self-feeders. They put the cattle in 60-by-100-foot pens for the final stages of feeding. Bailey says the lots had some concrete pads and leftover concrete from previous structures, meaning the lots were about 40% concrete, providing some relief from mud. He says they have looked into getting artificial shade structures. They also built a new feed building.

“We have had some health challenges with these cattle in the feedlots (they were sent to),” Bailey says. “That was a motivating factor for building this facility.”

John Groves, a practicing veterinarian, says the health of cattle in a feeding operation is another key factor.

“If you’re going to start feeding cattle, make sure you have a good relationship with a local vet,” he says.

Groves says producers and veterinarians have to be willing to look at problems in new ways, and get creative to help solve ongoing issues, like the familiar challenge of bovine respiratory disease. He says producers may consider putting new calves in with groups of cattle that have developed immunity to bugs and viruses. Groves says the highest-

risk time for calves is the first 60 days after weaning.

About developing resistance to antibiotics, he says producers need to be willing to look to additional control measures.

One thing they can do is go to smaller pen sizes as needed. Groves says this has proven effective in tough outbreak situations.

“When I’m in train wrecks, the only thing that works every time is to reduce pen size,” he says.

Good record keeping can help vets know how to best respond to cattle health issues, and paying attention to what works and doesn’t can pay off.

“Balance and diligence are required when you manage short- and long-term health,” Groves says. “You have to find something that works on your operation and is sustainable long-term.”

The global temperature is rising, and it is having an impact on the livestock industry.

When it came to getting cattle watered on one of his pastures down in the Ozarks, Roger Shanks had to get creative. He raises cattle in Howell…

When Dave Patterson came to work for the University of Missouri a quarter century ago, one of his first projects was getting the Show-Me-Selec…

The Thompson Research Center at Spickard built a new space for feed supplies.