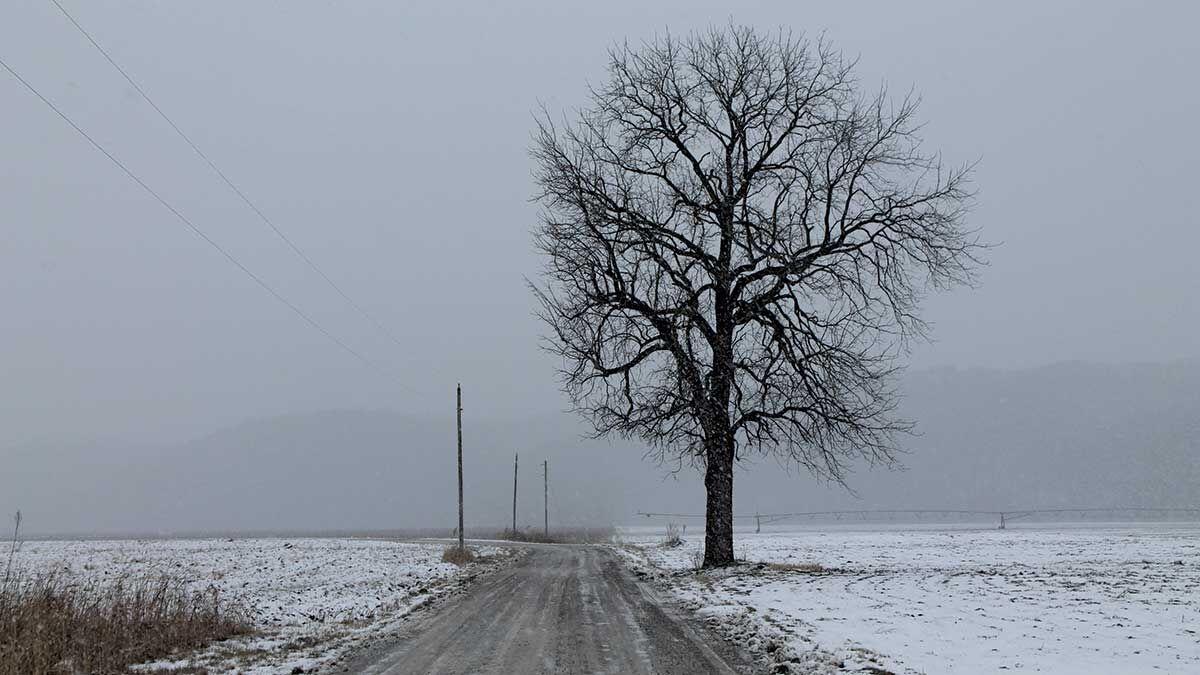 MU atmospheric sciences professor Tony Lupo is projecting a slightly warmer than normal winter, with slightly less snowfall. He says current conditions are a weak La Niña, although a shift to neutral conditions for next summer would mean milder temperatures. 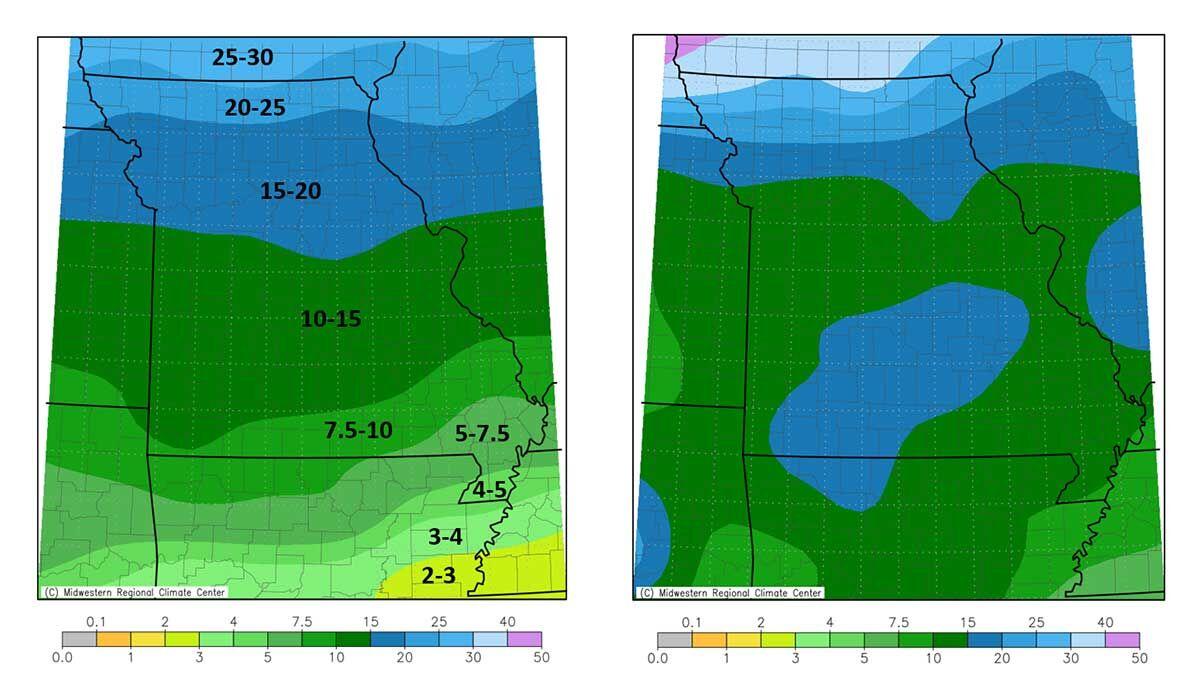 LEFT: A map showing the average snowfall over the last 30 years in Missouri. RIGHT: A map shows snowfall in Missouri last year, which featured significantly more snow in north Missouri and the Ozarks region.

COLUMBIA, Mo. — University of Missouri atmospheric sciences professor Tony Lupo is projecting a slightly warmer than normal winter with fairly typical precipitation, although the snowfall totals might be lower because November and the first half of December have had no measurable snow.

He puts out a winter forecast each year.

“We’re saying that we think it’ll be roughly 1 to 2 degrees above normal,” he says. “That’s based on the fact that we’re in a weak La Niña pattern.”

Lupo says the potential snow season so far has been very warm, with no measurable snow.

“December just has been off the charts,” he says.

Normal snowfall for Columbia is roughly 15 to 20 inches a year over the last 30 years, Lupo says. He is currently projecting around 10 inches for this winter, given that some potential snow time has already passed with no accumulation.

The Columbia weather station is one of the few in the state with a long record of daily snowfall data, and Lupo says there has only been five times when there was no measurable snowfall before New Year’s Day. Given the warm December and the current long-term forecast, Lupo says this winter could get added to that list.

“There is an increasing chance that this year could be number six,” he says.

Widespread drought conditions to the West are also affecting the weather situation at the moment, Lupo says.

“The other thing that’s playing into the forecast is that drought out West,” he says. “It might get some relief. If it doesn’t get relief we could stay dry. That drought is just affecting upper air patterns.”

Last year’s winter provided an example of how even an average winter in Missouri can have some variation, Lupo says. Overall it was a statistically average winter, but there was a memorable stretch of historically cold weather.

“Last year was a lesson in how statistics can be deceiving,” he says. “Most people are going to remember the horrendous cold in February. But if you take out those two weeks, it was 3 degrees above normal.”

Lupo is from “the Snow Belt” in upstate New York. But he says Missouri is more difficult to project, as snowfall amounts can vary widely from winter to winter, and within different parts of the state.

“We are in a part of the country where (average snowfall) changes dramatically,” Lupo says. “The snow gradient is very large.”

Also, one big snowstorm can make up for weeks or months of below-average snowfall.

Pat Guinan, state climatologist for the University of Missouri, says the snowfall data from the last 30 years shows the variation.

“You can see there’s a notable gradient in average annual snowfall, ranging from 25 inches on the Missouri-Iowa border to 4-5 inches in the southern tip of the Bootheel,” he says.

Guinan says when it comes to snow, that variety is felt in different ways.

“Snowfall can be highly variable from year to year in Missouri, as well as within the state for each year,” he says.

Lupo says it is unusual to have back-to-back La Niña years, and even less common to have three straight, so he expects by next summer those conditions will become neutral, neither La Niña or El Niño. He says if that happens it would make good conditions for crops.

“If we do get there, I’d expect our summer to be milder in terms of temperature, and a little more humid,” Lupo says.

Projecting weather in a state in the middle of the country, where weather can skew more toward its southern or northern neighbors, makes for some interesting outlooks and results, Lupo says.

“We’re an interesting state,” he says.

MU atmospheric sciences professor Tony Lupo is projecting a slightly warmer than normal winter, with slightly less snowfall. He says current conditions are a weak La Niña, although a shift to neutral conditions for next summer would mean milder temperatures.

LEFT: A map showing the average snowfall over the last 30 years in Missouri. RIGHT: A map shows snowfall in Missouri last year, which featured significantly more snow in north Missouri and the Ozarks region.